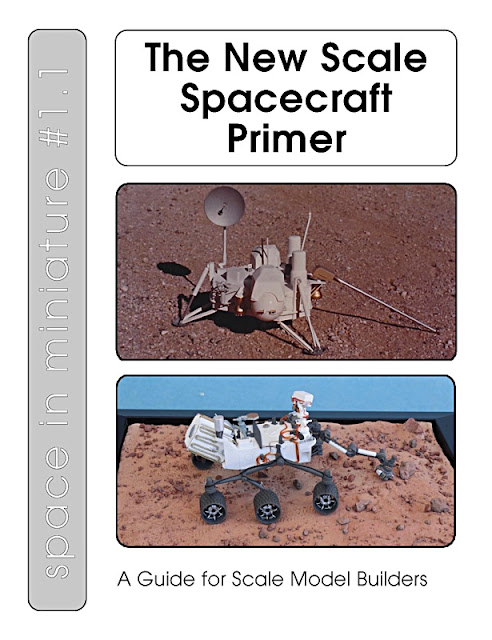 
Mat Irvine: The original A Scale Spacecraft Primer was intended not only as a starting point for those new to the hobby, but also presenting enough information to please experienced spacecraft modellers.

Author Mike Mackowski (below right) in my workshop, during a UK visit. 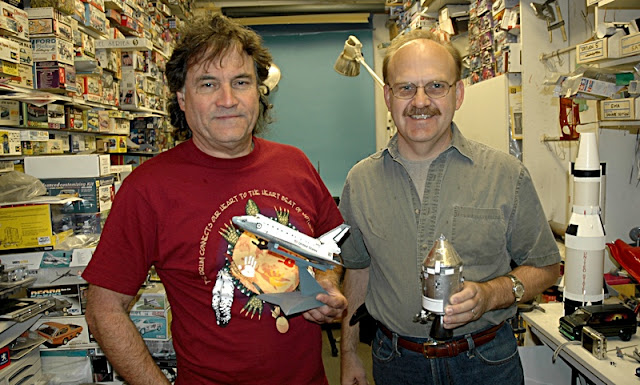 A Scale Spacecraft Primer featured articles such as building a Mars Viking Lander, Skylab, Landsat, Solar Max, and a conversion of the Aurora Ragnorak Orbital Interceptor into a design proposal for the X-30 National Aerospace Plane. There was more too, with articles on what judges look out for at model shows, and how to go about research. In 1990, of course, the Internet was in its infancy, so reference sourcing meant hunting down photos, magazines and books. A Scale Spacecraft Primer also included my review of Euromodel Ariane space launcher kits.

Old and new versions (below). The new edition shows a Viking Lander and Curiosity rover on the cover. 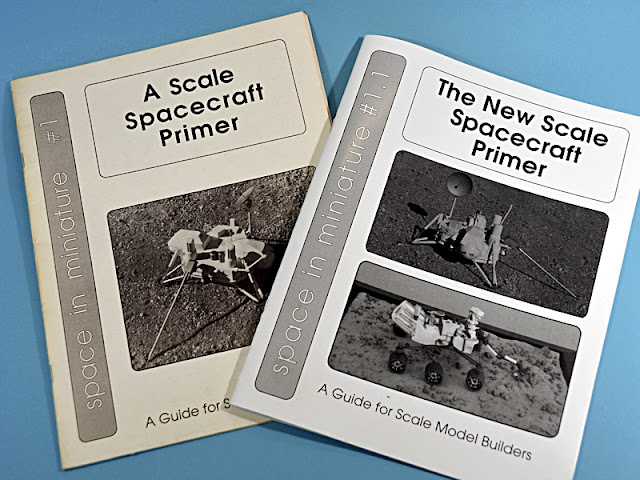 Since then, Mike Mackowski has produced other books in the Space in Miniature series, and now he has revamped the first Primer, now calling it The New Scale Spacecraft Primer. Some of the original features remain - the X-30 is there, as is the Viking Lander - but they have been augmented with new articles. These include scratch-building the Mars Curiosity Rover, Accurizing Revell's Astronaut with MMU, and building a 1:200 scale version of the Orbital ATK Stargazer L-1011, the converted TriStar used to air-launch the Pegasus rocket. 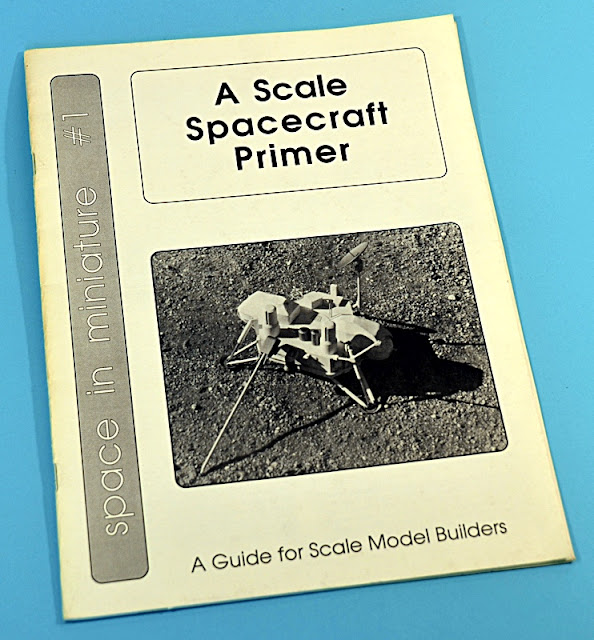 I have contributed once again, but this time I have looked back at ‘the future as it was’ with 1950s-era crystal-ball designs from Revell, Strombecker and Lindberg. 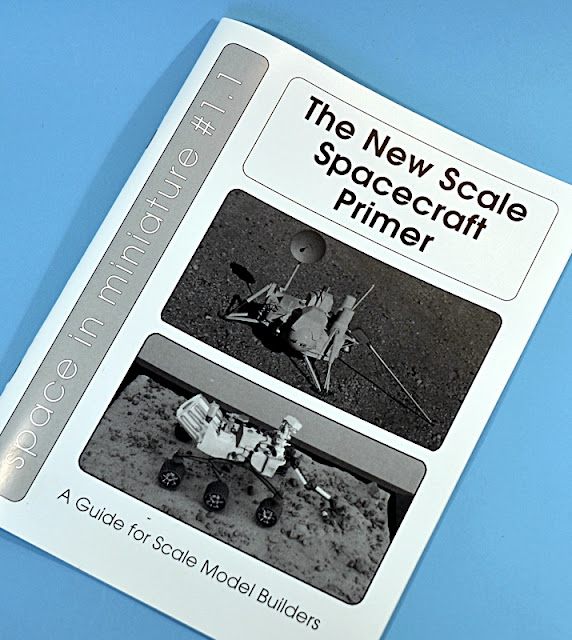 The New Scale Spacecraft Primer is available in digital and hardcopy versions, the digital edition being a full-colour pdf download. The 40-page hardcopy is only in black and white, though it is printed on good quality glossy paper.

Converting the Aurora Ragnarok Orbital Spaceplane (below) shown here in 1990 and glossy 2015 editions. 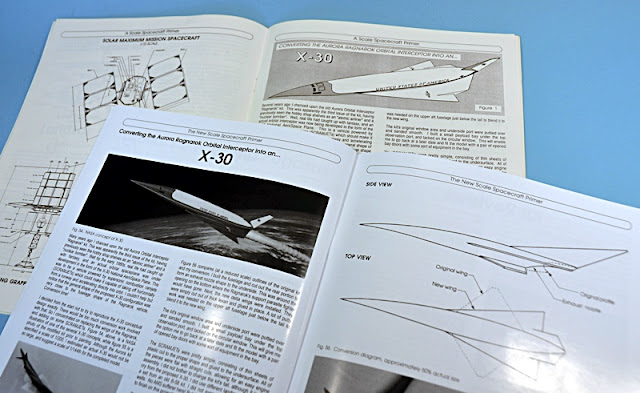 Pages from the 2015 edition (below) show Skylab and Viking builds. 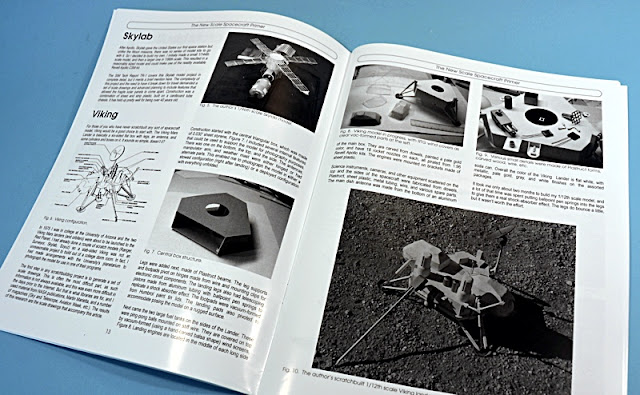 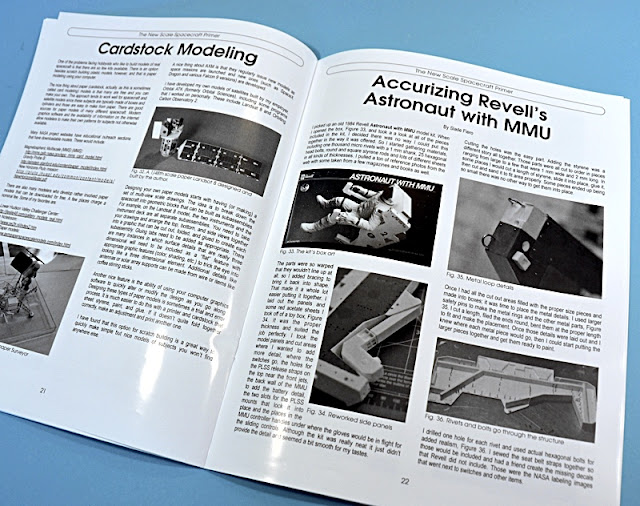 Check at www.spaceinminiature.com for details and prices of this book, plus much more besides.

In particular, do take a look at Mike’s Model Gallery, which has much to interest the keen space fan.