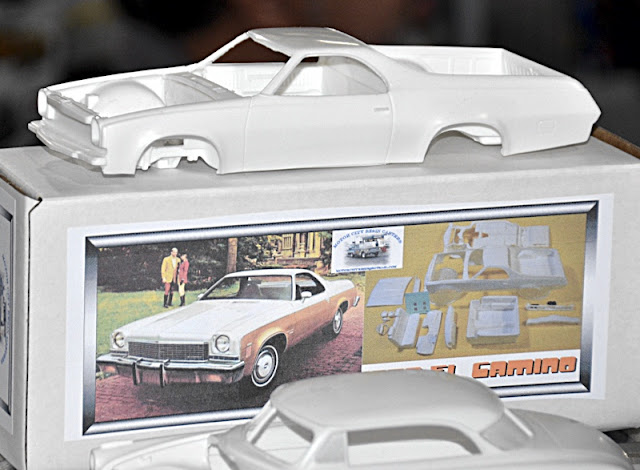 THE TOY AND PLASTIC KIT SHOW was held at the DuPage County Fairgrounds, Illinois, on September 17, 2015. The show is held every spring and autumn, and although it occupies just two halls in the extensive County Fairgrounds, there is always plenty to see, and maybe even purchase.


Mat Irvine: On my visit last week, I managed to acquire half a dozen kits, some of which I had been looking out for intentionally. The others? Well, they just happened to be there, which is what visiting a show like this is all about.

There was plenty to look at, as the six pix (below) bear out. 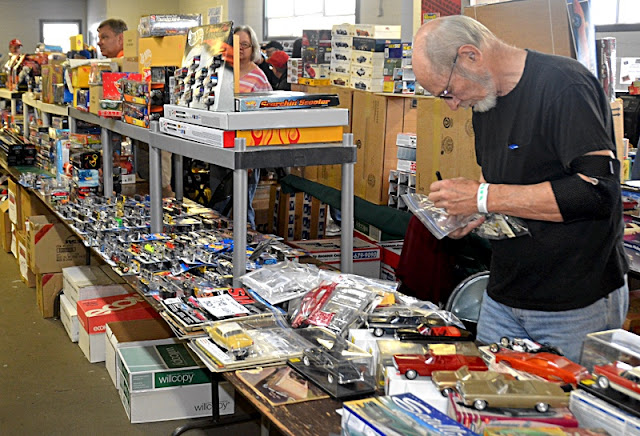 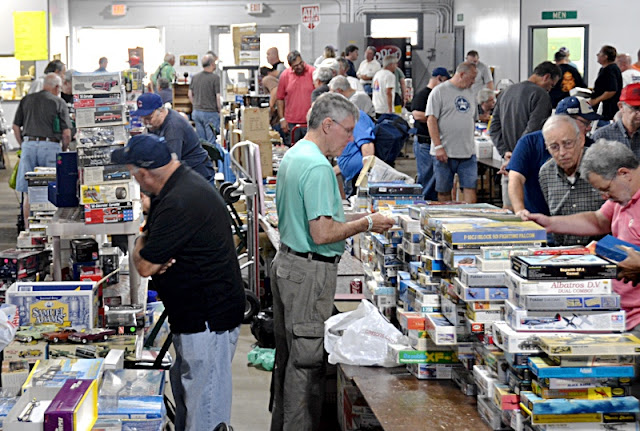 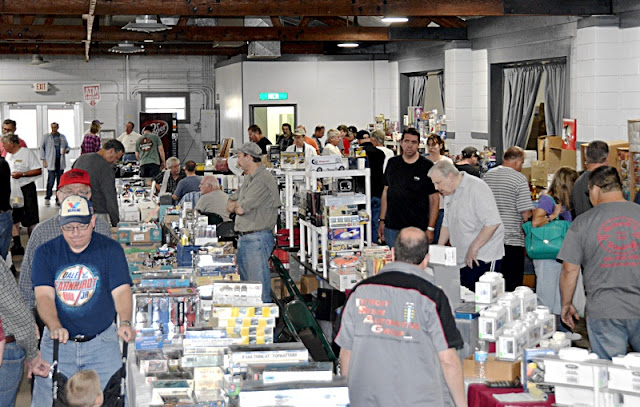 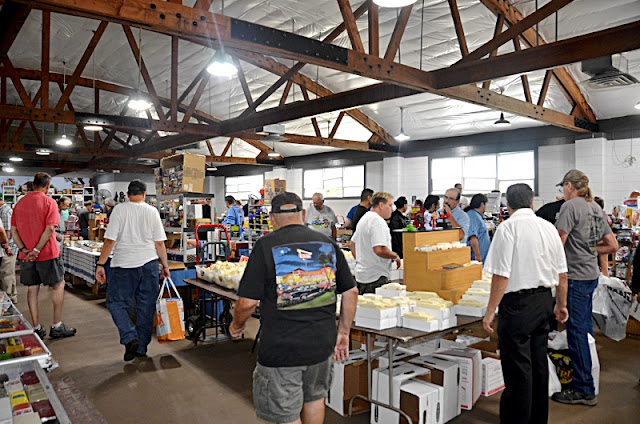 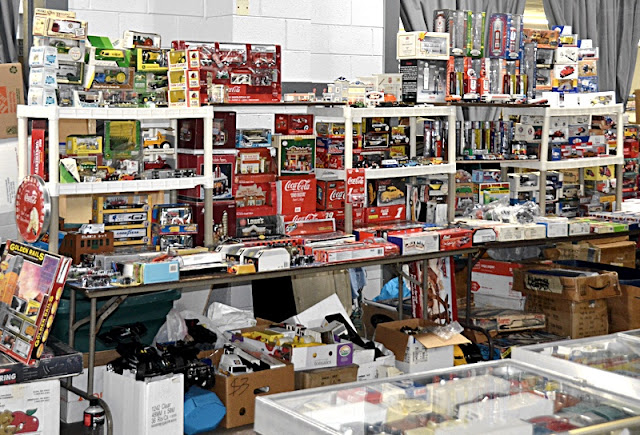 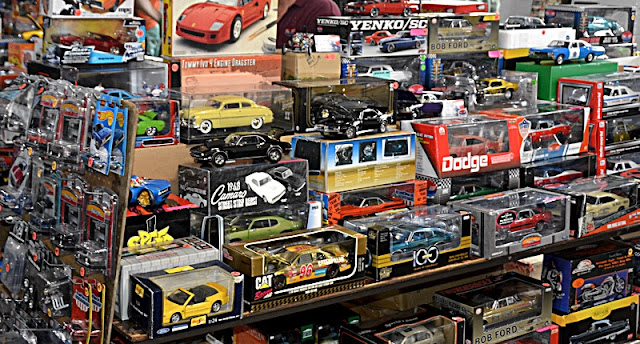 Plenty of promotional car models (below) were on sale at this stand. Rarity is an asset for collectors, and the best promos tend to sell for big bucks. 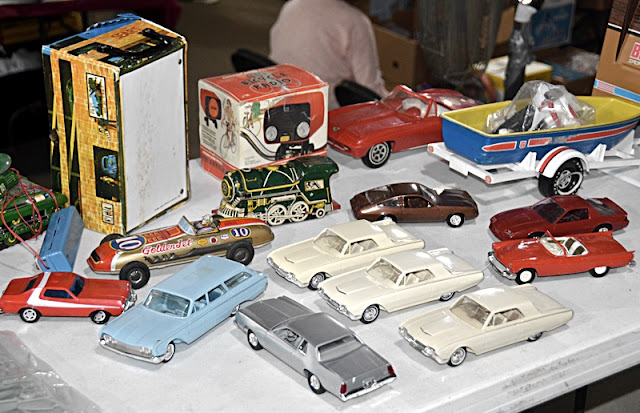 "Psst, wanna buy a 1:8 scale Monogram kit?"  The dealer (below) had 20 of them, boxes that were apparently taking up too much room in his basement. 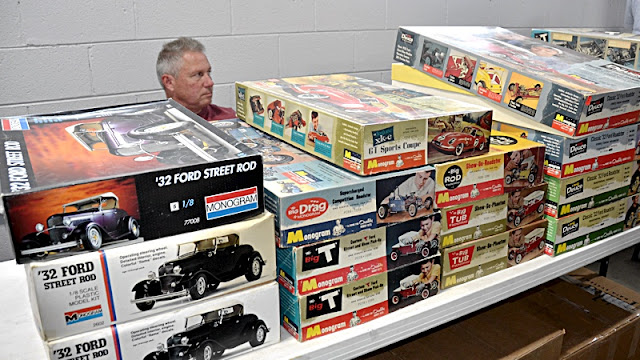 The show did not consist entirely of cars or plastic kits. I also spotted these old wood aircraft models (below). 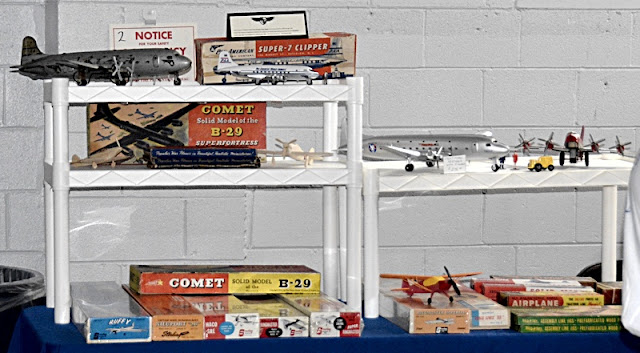 Brian (below) displays one of my modelling books. 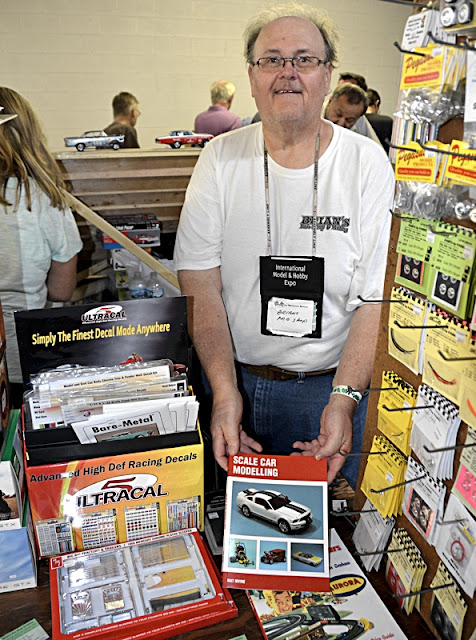 Jeff Ballard (below) of Motor City Resin, with some of his excellent castings. 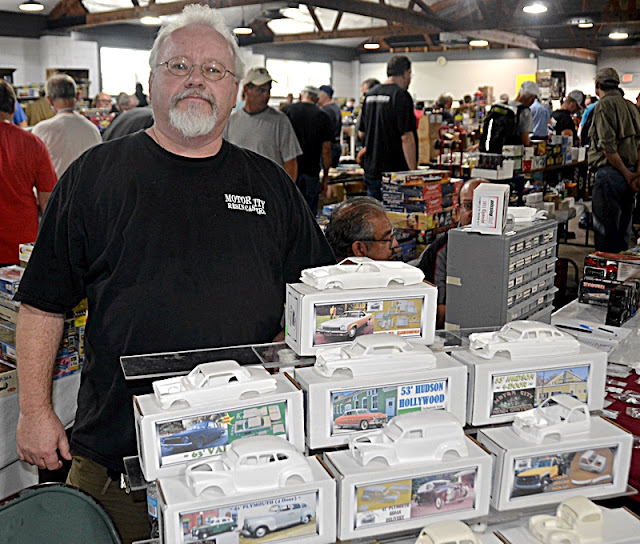 Jeff’s 1973 Chevy El Camino (below, header) is a model that’s not available in traditional plastic. I have one on order.

Tom Carter of Spotlight Hobbies (in the distance below, directly under the sign) was there, though the company is perhaps still better known by its previous name, Hobby Heaven. 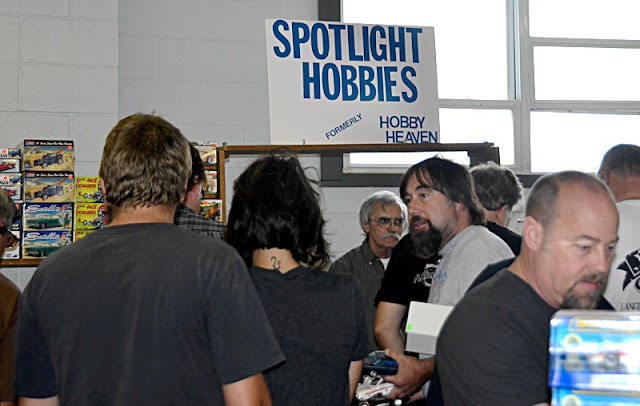 Some of Jimmy Flintstone’s eclectic range (below) of resin conversion kits, all priced competitively. 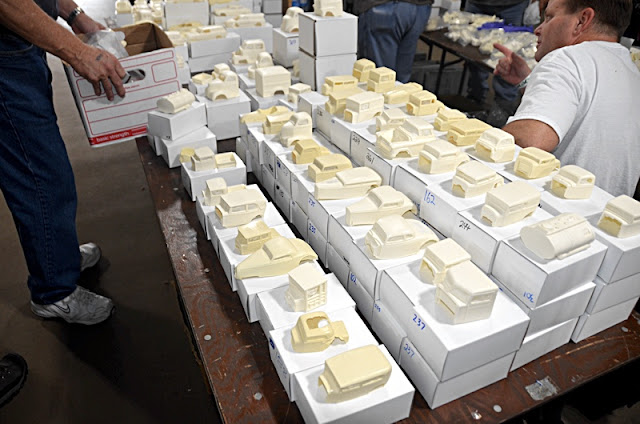 Some familiar faces were at the show, including long-time collector Ronn Pitman (below right). 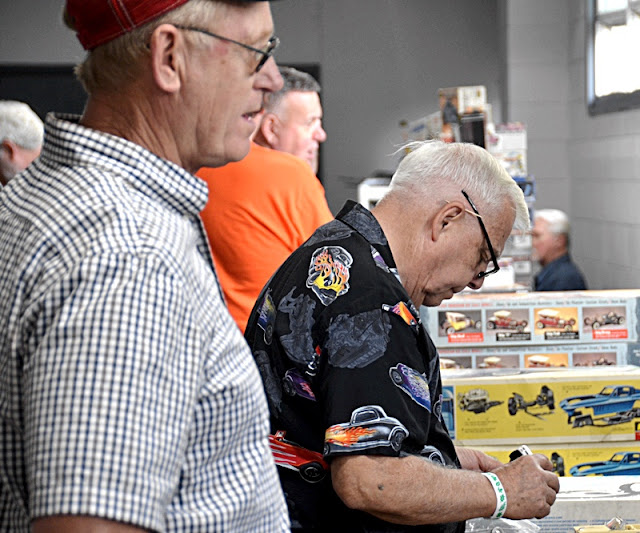 One of my finds was a 1:32 scale Palmer Hobbies kit of the Ford Burger Buggy, licence plate name Lone Wolf. The box-art proclaims, “Ride with Potsie, Richie and Fonzie” who were stars of the ABC TV series, Happy Days. Note the split-screen, a 1949 Ford Coupe styling feature. I already have a matching kit, the Rock ’n’ Roll Rod, and there is also the Double Date Wheels car in the Happy Days series. 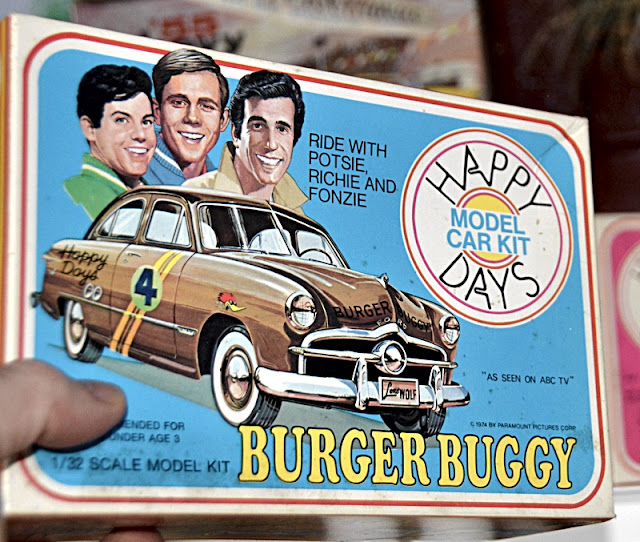