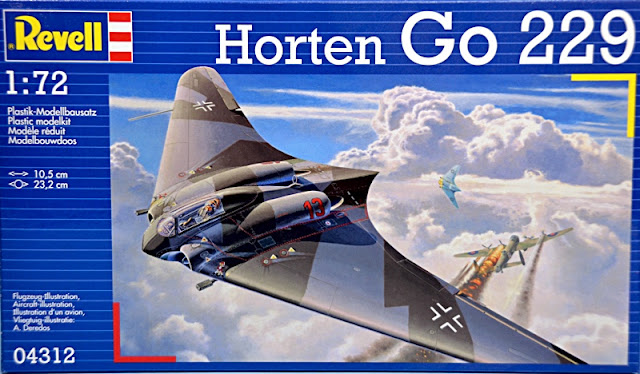 THE HORTEN Go 229 WAS A WORLD WAR II German jet that could have made a difference in the air, had it been operational in time. And now here is the Revell 1:72 scale kit, back as a reissue once again.


Mat Irvine: The Horten Go 229 was based on a glider prototype the Horten brothers had built in 1933, and the neatly produced Revell kit reflects the lines of the developed twin-jet extremely accurately. The aircraft featured was actually designed as a fighter/light bomber, in response to a technical spec called the '3x1000' - 1000 kg bomb-load, 1000 km range, 1000 km/h speed.

As for the model, it's a pleasure to build, especially for fans of 'Luftwaffe 1946' designs, German 'wonder weapons' that might have changed the course of the war. It's not a big model, with a wingspan of just 232 mm (9.1 in) and of course, there is no fuselage to speak of. But the somewhat odd-looking landing gear has been captured well, as have the complex curves of the Jumo jet engine trunking.

No aircrew have been provided, so there's an opportunity for diorama fans to add a pilot and ground crew, with support vehicles.

According to the Revell spec, model details include:

The 70 components (below) are moulded on four runners, in pale grey and transparent plastic.  The instructions are basic but satisfactory, while the small decal sheet has markings for two different aircraft. 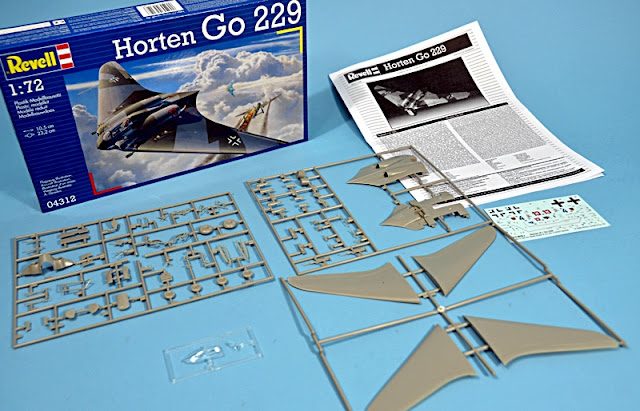 The box side (below) has useful reference pictures of an assembled and finished model. 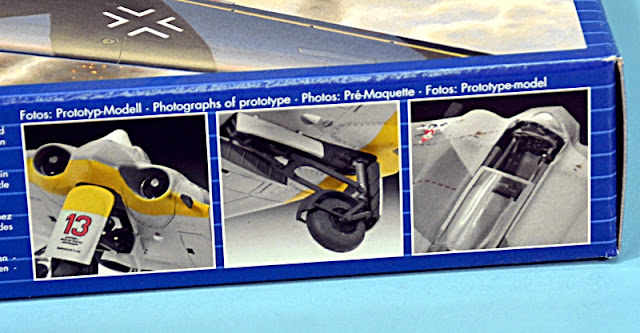 After the end of World War II, the V3 prototype was taken to the USA, and part of it is now displayed (below) at the Udvar-Hazy Center of the National Air and Space Museum, Virginia. 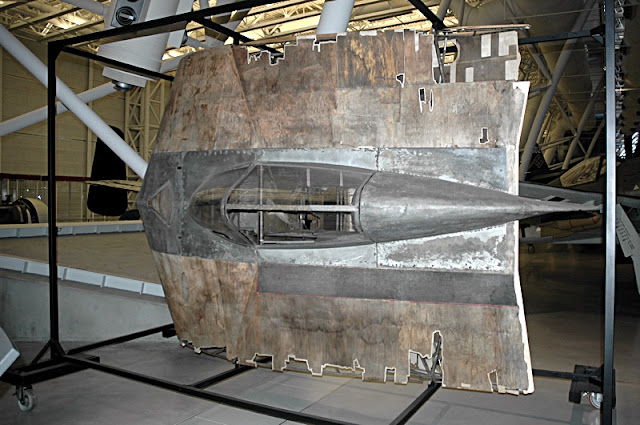 Here’s what Revell has to say about the history of this futuristic machine: “…By the end of World War II, the brothers Reimar and Walter Horten were two of the best-known designers of flying wing aircraft in Germany. They brought their experience in this field into a special unit which, as Sonderkommando 9, was responsible for the development of tailless all-wing aircraft.

“The development of the machine known as the Horten Ho IX, equipped with two BMW 003A-1 jet engines, began in 1942. Whereas the first machines could only be made as gliders due to difficulties with the jet engine, the second prototype received a Jumo 004B-1 engine. In 1944 the V2 made its first flight reaching speeds of over 780 km/h (485 mph).

Newspaper cutting (below) shows part of a Horten being taken for study, in August 1945. 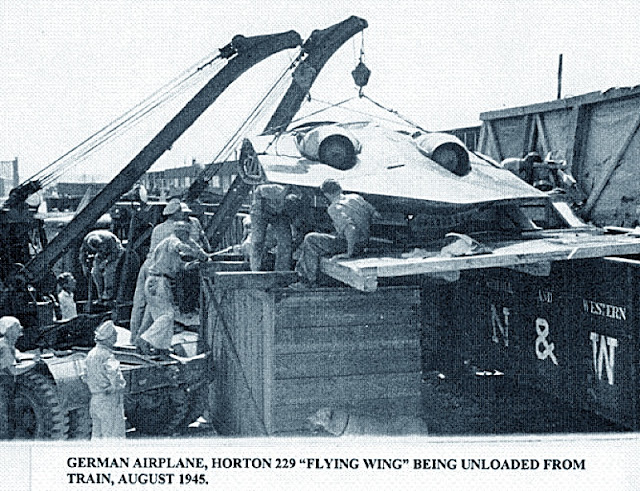 Several designs came and went, though all looked similar, whether as a glider or fitted with the BMW or Jumo engines. The final version did not fly until 1945, but which time the war was over for the Germans.

Development details aside, no matter how advanced its design, the Go 229 arrived far too late in the war to defeat the Allied air fleets. So, like so many other advanced German machines, an operational Go 229 belongs firmly in the ‘what if?’ ranks of aircraft that might have made a difference had they arrived earlier.