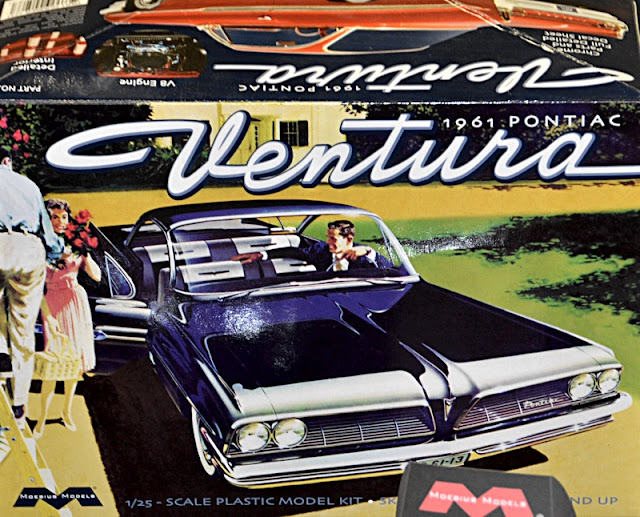 
Mat Irvine: The Moebius Models stand was fronted by Product Manager Dave Metzner, who deals with the company’s car and truck output.

Dave was particularly interested in showing the upcoming 1961 Pontiac Ventura, but also on display was a tantalising glimpse of the new Batmobile that will feature in the movie Batman v Superman: Dawn of Justice. The kit - which will be pretty well an essential buy for Bat fans - is due early 2016.

New logo for Moebius Models (below) replaces one based on an Aurora original. 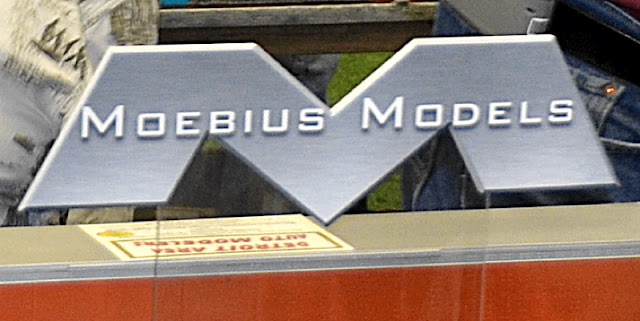 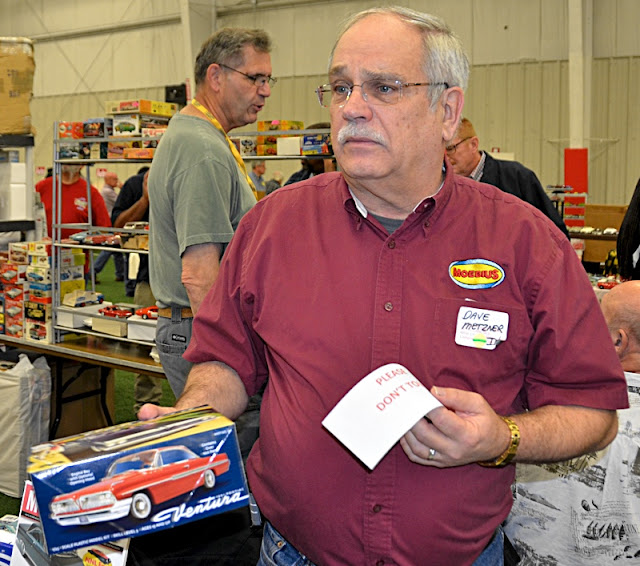 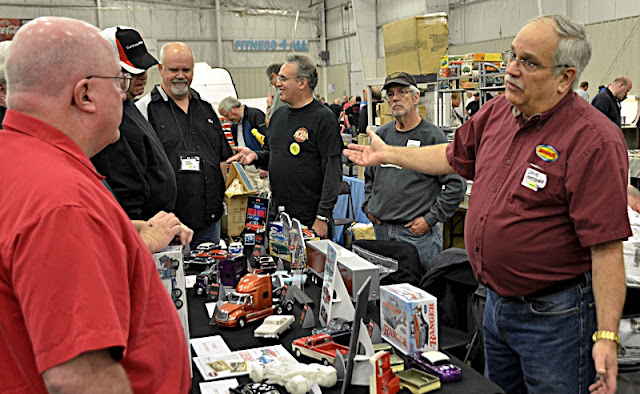 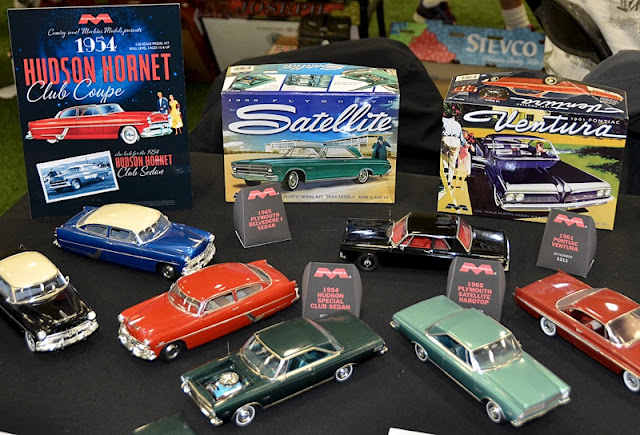 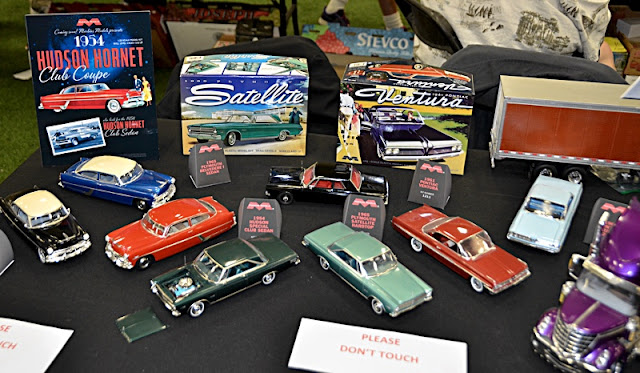 The new Moebius Models 1961 Pontiac Ventura (below) will be a useful kit to swell the ranks of retro-era US vehicles. 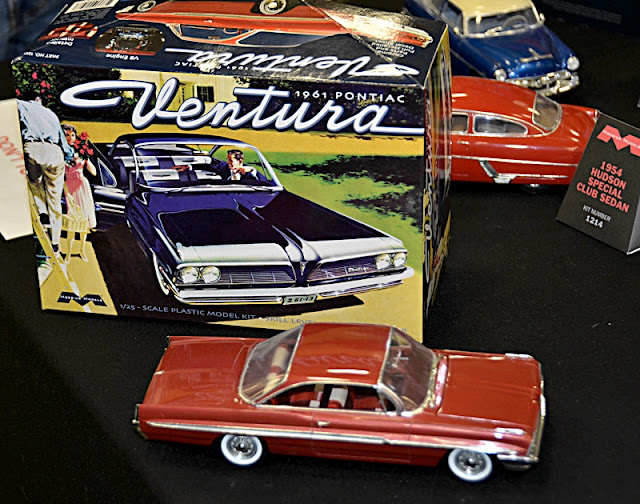 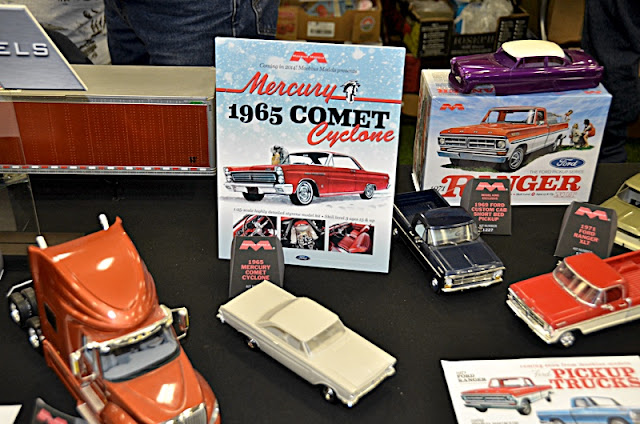 Two 1:25 scale International trucks, the LoneStar (below left) and ProStar (below right). A same-scale trailer is seen here behind them, supporting the Moebius logo 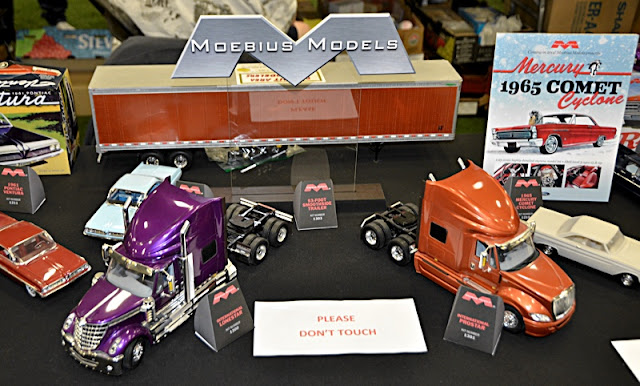 Rapid prototype of the new Batmobile kit (below), due for release early 2016. 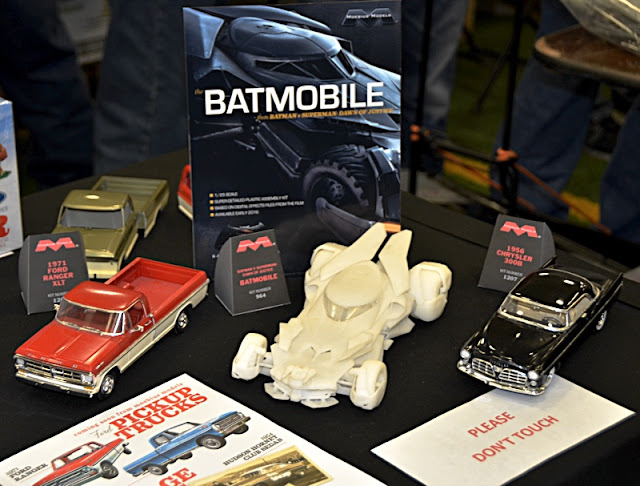 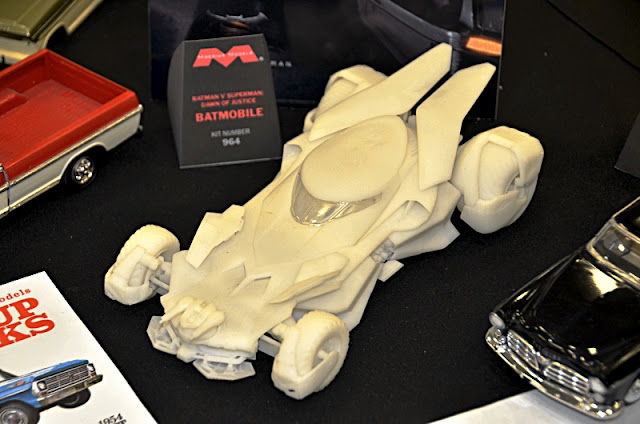 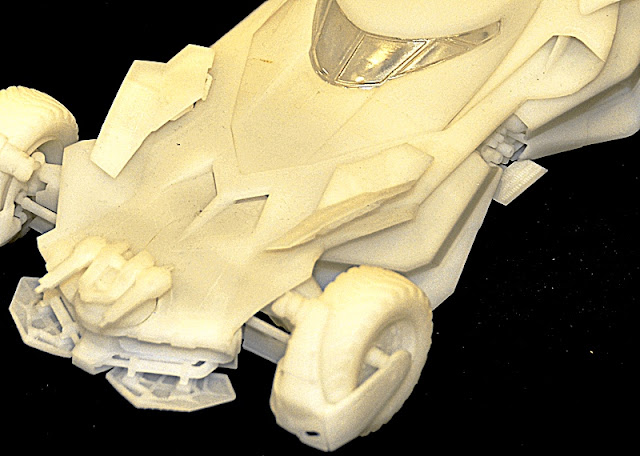