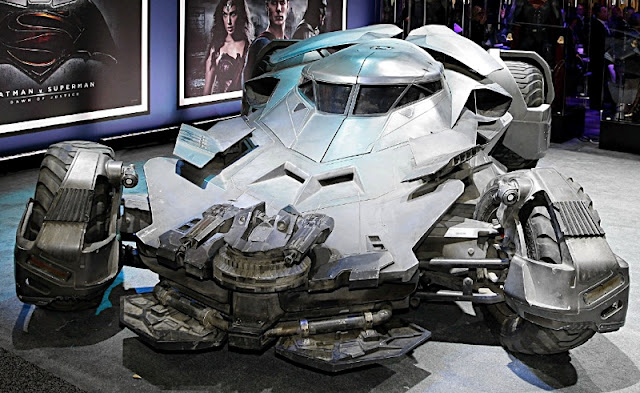 IS THE UPCOMING 1:6 SCALE 2016 RELEASE from Hot Toys the largest Batmobile miniature yet released? Could be, and when you consider that for many of us, the Batmobile in its many forms is perhaps a bigger star than the Batman himself, it looks like the ultra-tech new version will be well worth waiting for.


SMN report: The real-life movie prop is shown (above) as it appeared during the press reveal, but Hot Toys shows a remarkably similar miniature in its promo video. The Dark Knight’s deadly wheels have seen many design changes down the decades, but - like the assorted Aston Martins of James Bond - the key thing that links them all are the weird and wonderful features that help our heroes beat the bad guys.

The Batmobile in the upcoming Batman v Superman: Dawn of Justice movie is no different. And, as Hot Toys has done with previous versions of the Batmobile, this 1:6 scale replica has working lights, moving parts, and a cockpit with enough controls to out-stealth a stealth fighter. The video (top) is a teaser, but the Hot Toys model will be on sale soon.

As ever with pre-finished miniatures like this, good as they are, they still represent a challenge to the true model fan. Put the build to one side, and use them as a good basis for super detailing, ultra-real weathering, or other custom finishes. This one would look great in NASCAR markings, for example. Or maybe you could add fins and an exhaust system to turn it into a Spacemobile. The possibilities are endless, and in the Hot Toys trademark oversized 1:6 scale, the scope for making an impressive display piece is huge.

Superheroes, thrown against each other (below) by the combined whim of Hollywood suits and scriptwriters. Cool stuff, even they are a far cry from the relatively upbeat comic book originals.

"But I wanted it in blue..." Batman looks a tad dejected in this movie still (below). His wheels look cool though. 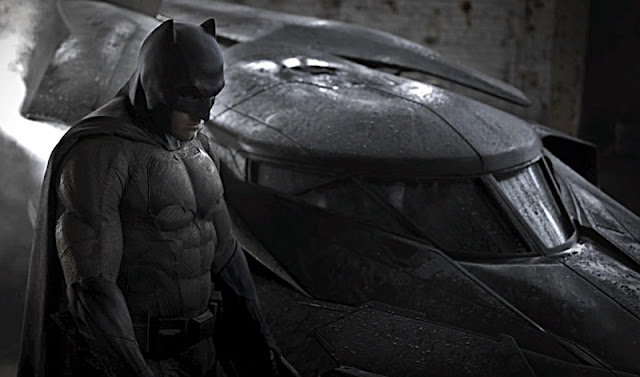 Tank-like control cabin (below) is a gift for SMN model makers who like a custom build. We could place a variation of this machine into just about any post-apocalypse scenario imaginable. 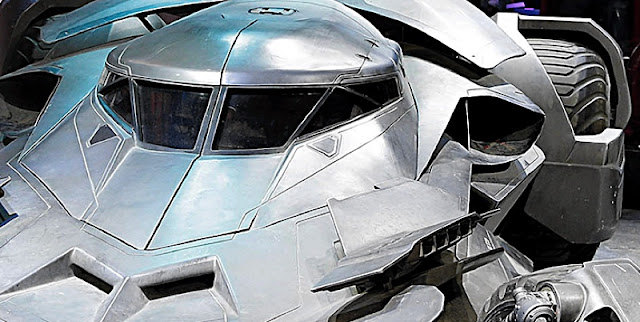 Life-size Batmobile (below) used in the movie is beautifully detailed, especially in the wheel areas. 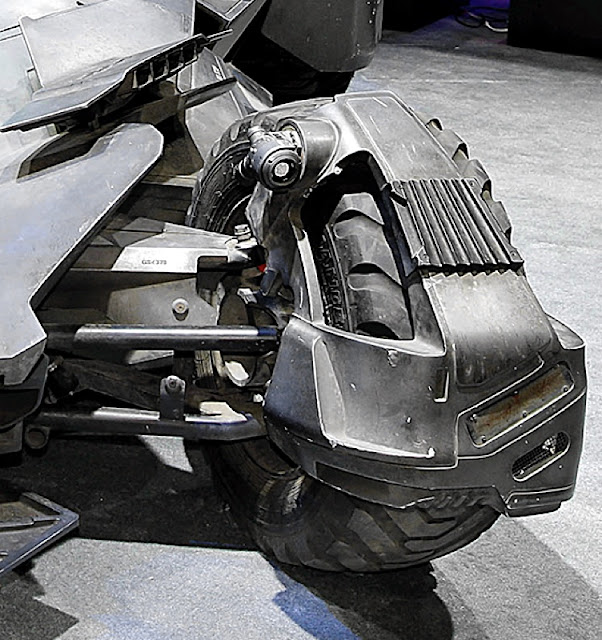 The Batmobile (below) from Batman v Superman: Dawn of Justice was shown to the public at a special promotional event, hosted by Warner Brothers, the studio behind the movie. 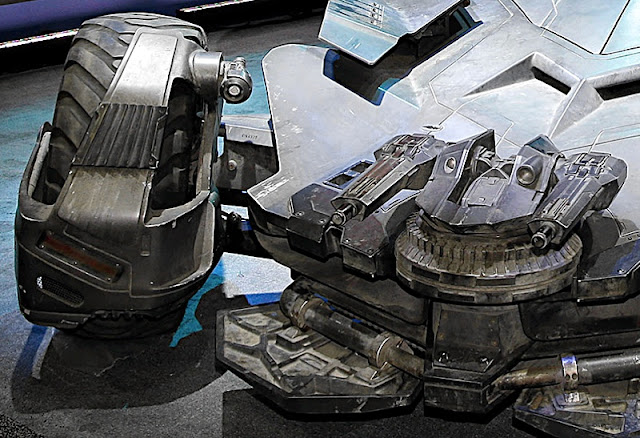 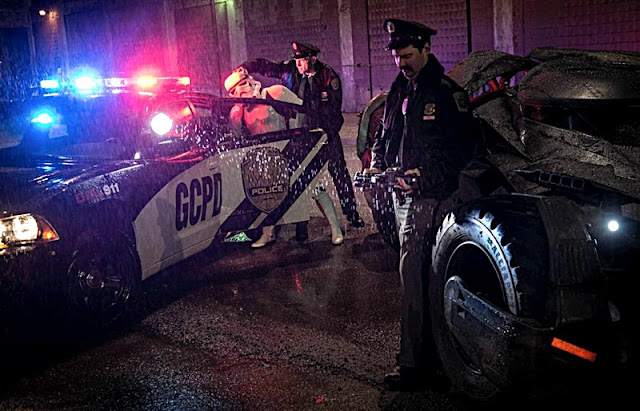