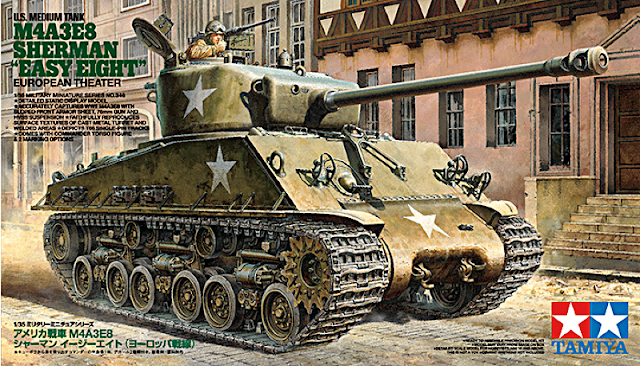 WE’VE BEEN CATCHING UP ON the multi-award winning TV series Band of Brothers recently, so the newly-released Tamiya 1:35 scale M4A3E8 Sherman tank is particularly interesting.


SMN report: The US M4 Sherman tank was one of the great Allied weapons of World War II, manufactured and deployed in huge numbers, and with many variants during its active service.

One such variant was the M4A3E8 ‘Easy Eight’ (Tamiya model below) which had the benefit of various design improvements incorporated as a result of combat experience. 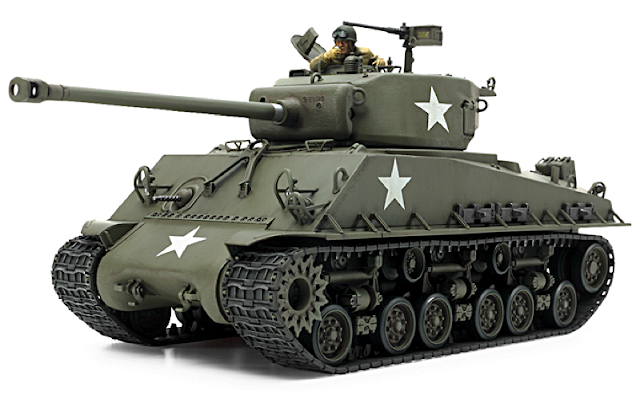 The tracks (below) are realistically depicted using belt-type parts. 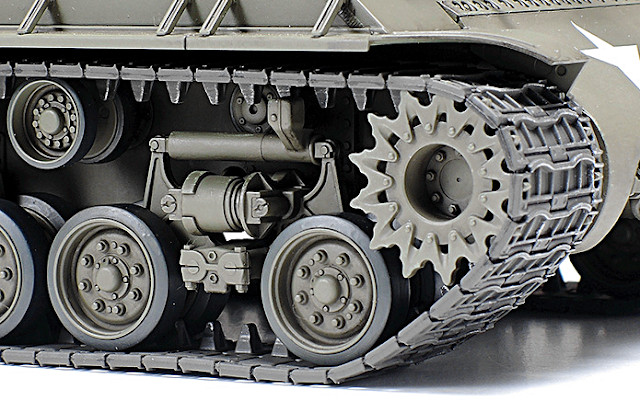 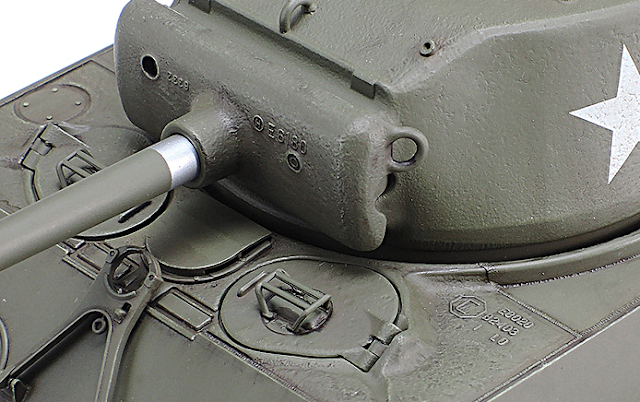 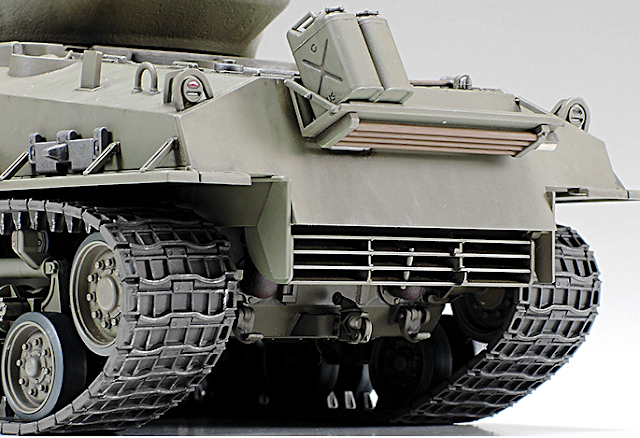 A commander’s figure (below) is included, though it's a top-half model only - the poor chap has no legs. The Sherman's top hatch can be assembled open or closed, and has separate periscope parts. 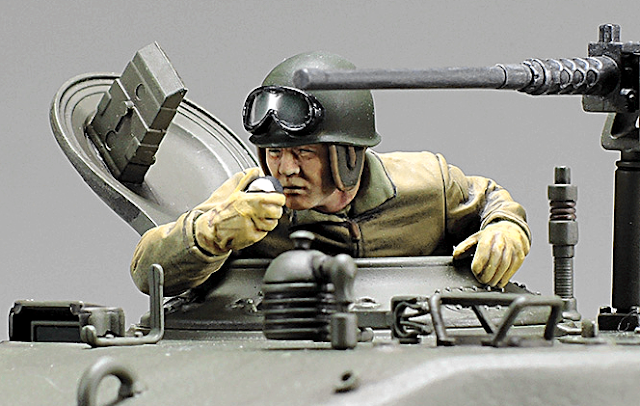 The three-view drawing (below) shows a Sherman from the 4th Armored Division, Bastogne, Belgium, January 1945.

Another useful sub-kit is the Tamiya 1:35 scale Allied Vehicles Accessory Set (below) which will lend some tasty realism, especially for diorama scenes. The set includes metal drums, jerry cans, and more. Nicely modelled and crisply moulded, very much in the Tamiya tradition. 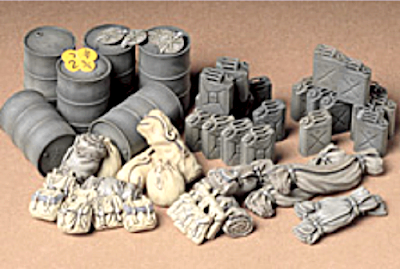 Longish clips from Band of Brothers are available on YouTube here, and are well worth watching. The series follows the exploits of the Airborne Easy Company across Europe, and is excellent throughout. 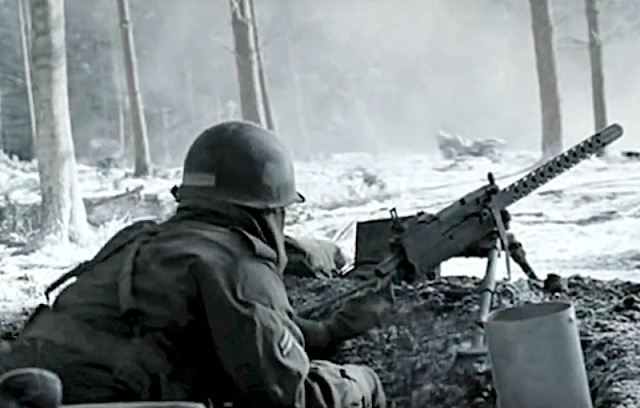