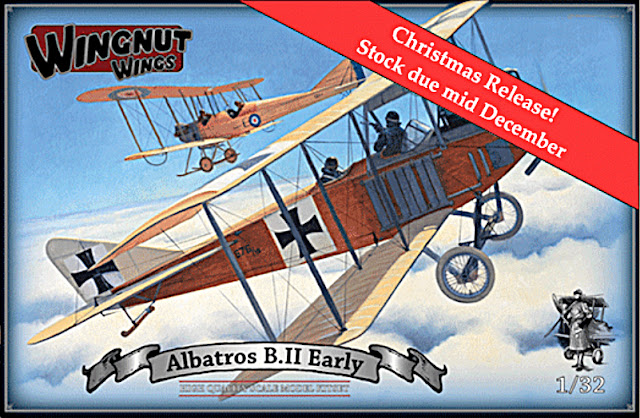 JUST IN TIME FOR CHRISTMAS, the Wingnut Wings 1:32 scale Albatros B.II promises to be an epic build for those days after the turkey and trimmings chompathon.


SMN report: The Albatros B.II is a typically fine Wingnut Wings World War I aircraft kit. There are plenty of parts, 156 in all, with 13 photo-etch detail components. These include early production side mounted Hazet radiators and a steering wheel-style control column. There are also optional propellers, exhaust manifolds, and the main wheels can be finished with covered or exposed spokes. 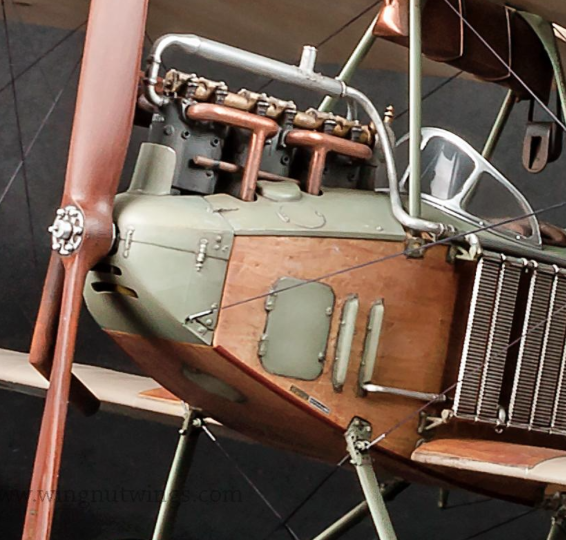 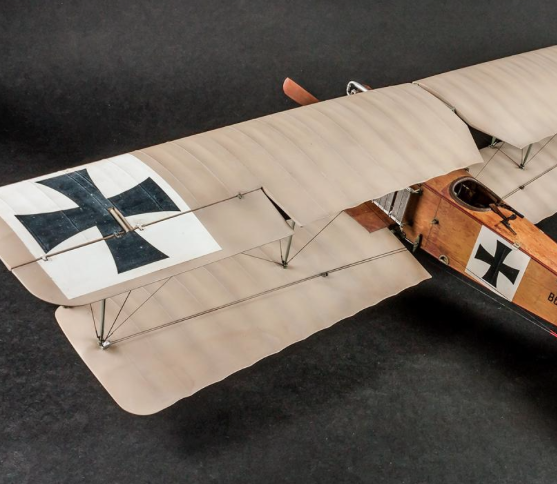 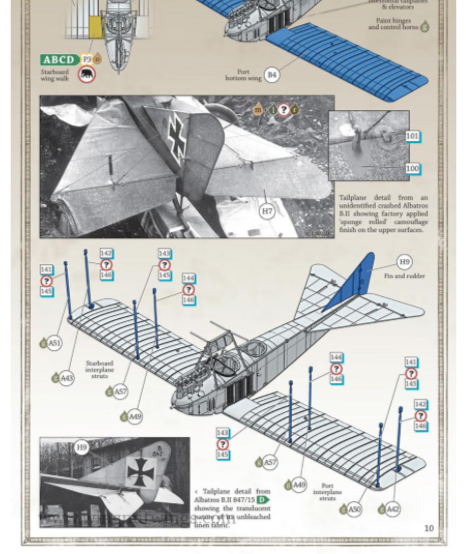 The multi-page instruction booklet (above, below) has been produced to Wingnut Wings' usual high standard, with a plethora of visuals, helping the model maker to produce an exhibition-worthy 1:32 scale replica. 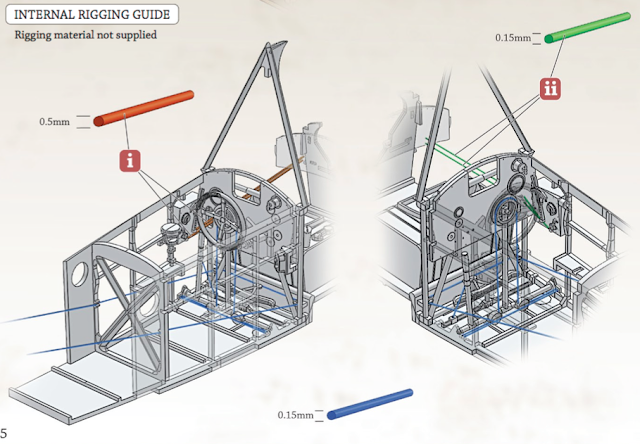 The engine is a work of art, with parts that allow a choice of a Daimler-Mercedes 100hp D.1 or 120hp D.II power plant. The high level of engine detail is shown in the instruction booklet (below). Incidentally, the booklet can be downloaded from the Wingnut Wings website. 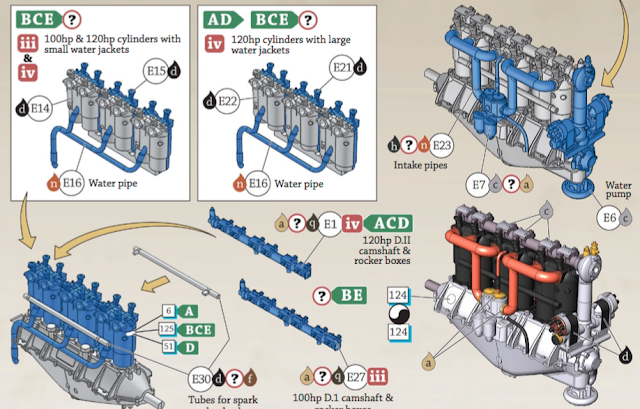 Note (below) the side-mounted radiator and finely produced metal-etch spoked wheels. These can be assembled with spokes covered, or left exposed as shown here. 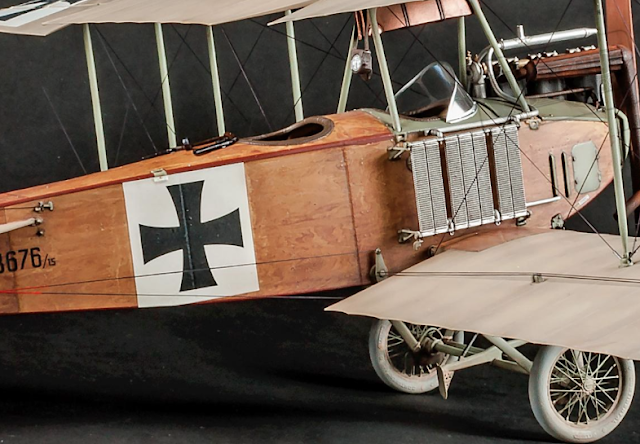 Cockpit detail is good too (below) and note the unusual wrap-around windshield. 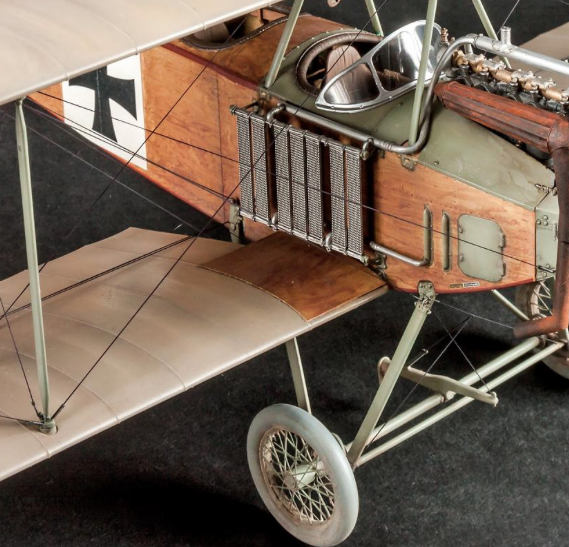 Lovely interior detail is included. Maybe it's worth purchasing two kits so that one can be an interior-only display piece. 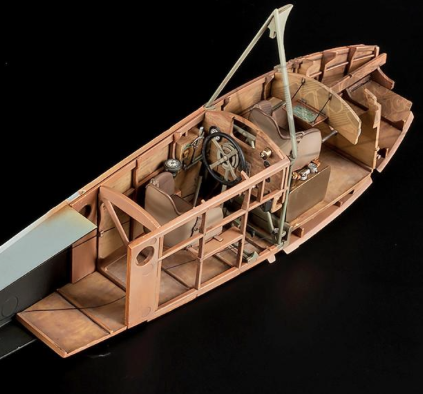 Wingnut Wings has this to say about the real thing: “…The Albatros B.II is perhaps unique amongst aircraft of the First World War in that production commenced in 1913, continued throughout the war and after the Armistice.

“The Albatros B.II was initially known simply as the Albatros DD (Doppledecker) and was developed in parallel with the DDK which appeared the same except it was slightly longer and fitted with longer 3 bay wings (and would eventually become known as the Albatros B.1).

Like other German B type aircraft it was powered by 100hp to 120hp engines manufactured by Daimler-Mercedes, Argus and Benz with the pilot positioned in the rear cockpit with a steering wheel control column and the passenger in the front seat.”

Summation
The Albatros B.II looks terrific, and as it’s produced in Wingnut Wings' preferred 1:32 scale, the finished thing will be a decent size on the display shelf, with an assembled wingspan of some 400 mm (15.75 in).