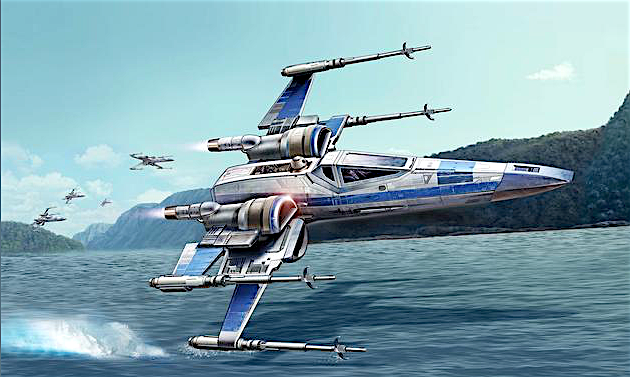 THE FORCE AWAKENS is the latest in a long-running movie franchise that first hit the silver screen in 1977. Along with the new movie comes an invasion of merchandise, of which this 1:50 scale Revell X-Wing is just one.


SMN report: We're great fans of pre-finished Revell easy kits, as for the ham-fisted or ultra-busy they represent a great solution to both lack of skill or time. And for those of us want a more finished looking model, then plastic cement adds permanence to assembly, while further painting, detailing, and some judicious weathering all go to making a display-quality miniature. 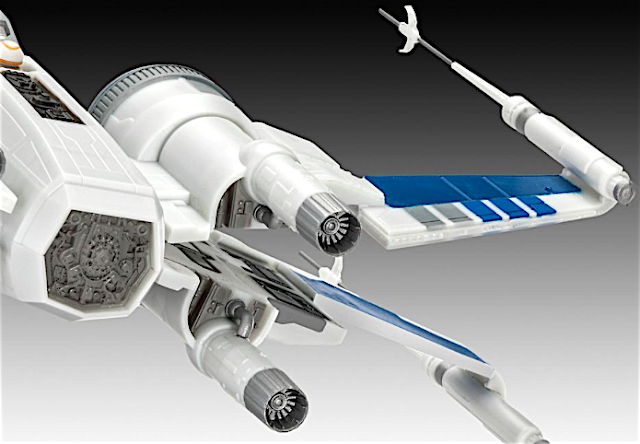 The Revell X-Wing represents the Incom T-70 Resistance X-Wing fighter, an update design of the original. The kit has 55 components, and they all go together well, although we reckon a few drops of cement will be useful to keep the wingtip laser cannon pointing straight. 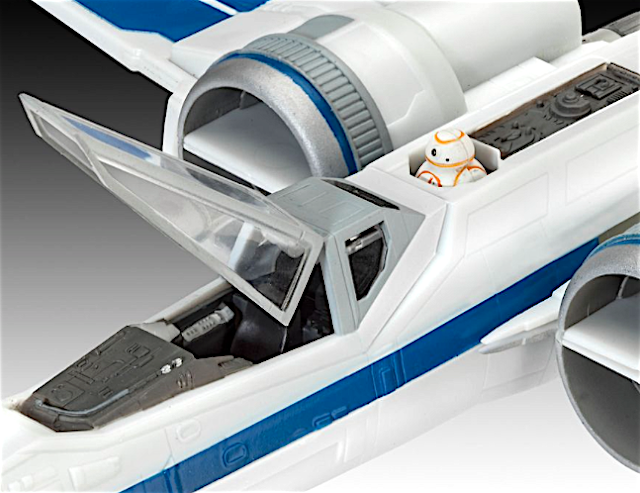 The scale of 1:50 is a good one, as it's close enough to standard model aircraft 1:48 that there are plenty of current aircraft next to which you can display the T-70. There are also plenty of flight crew and maintenance figures available if you want to build up the X-Wing to form part of a sci-fi diorama. 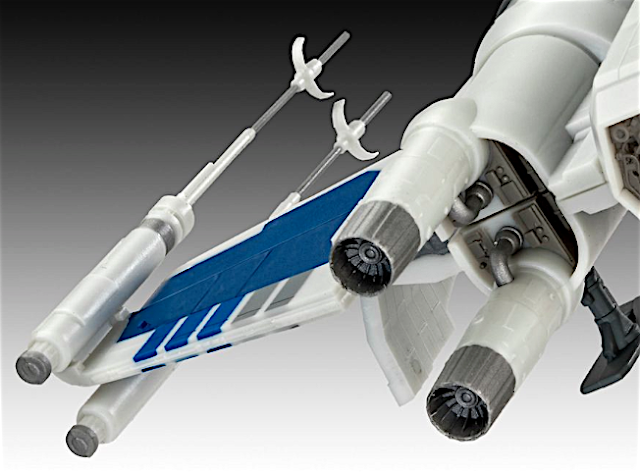 The landing gear (nose strut below) is adequately modelled, though all items would be vastly improved by the addition of some detail painting. 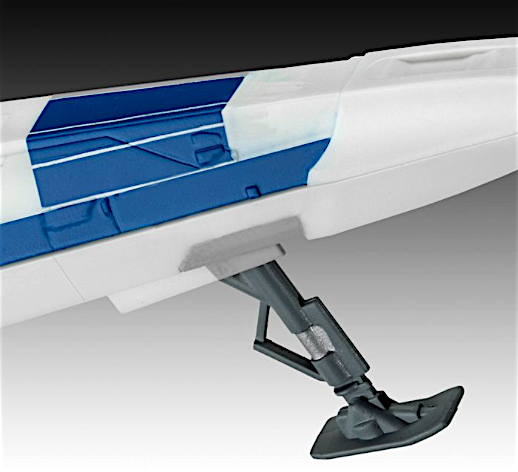 Another 1:50 scale X-Wing from Revell (below) this time in the midnight markings of the movie's Black Leader, Resistance pilot Poe Dameron. 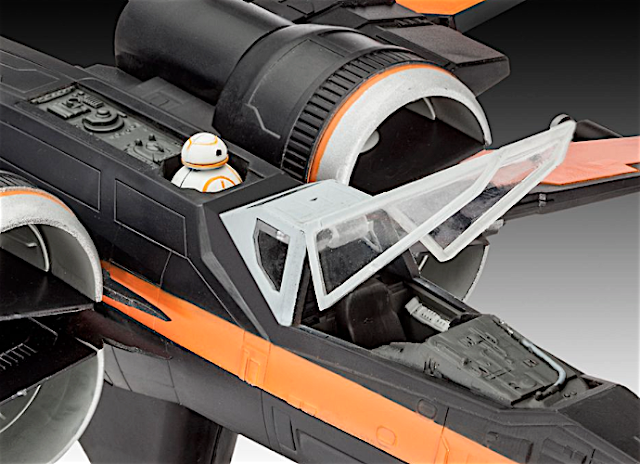 Due for UK release on December 17, 2015, The Force Awakens will be all the better for NOT featuring the worst sci-fi character ever, Jar Jar Binks. 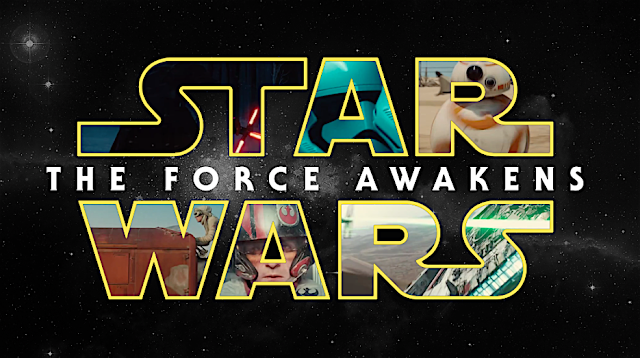 Wonderfully updated light sabres (below) are among the galaxy of creative special effects on offer in cinemas soon. 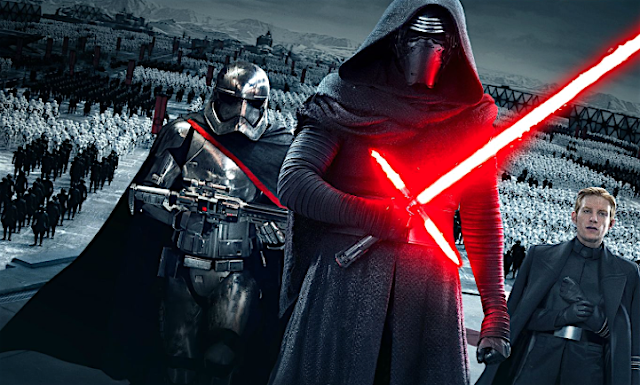 A trio of X-Wings (below) about to peel off into a high speed combat dive. 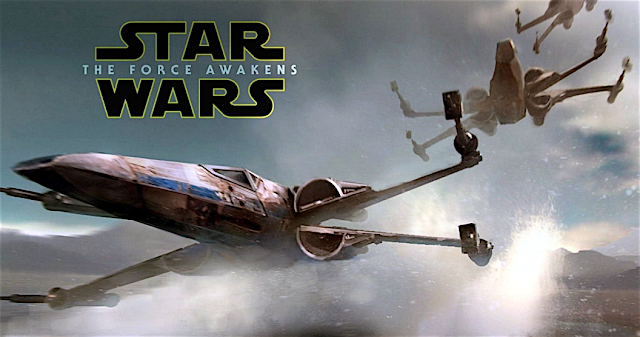 Near-misses (below) from marauding TIE fighters, as they target the updated Millennium Falcon. The spacecraft is also available as a Revell kit, moulded to the standard aircraft 1:72 scale. See the Millennium Falcon at SMN here. 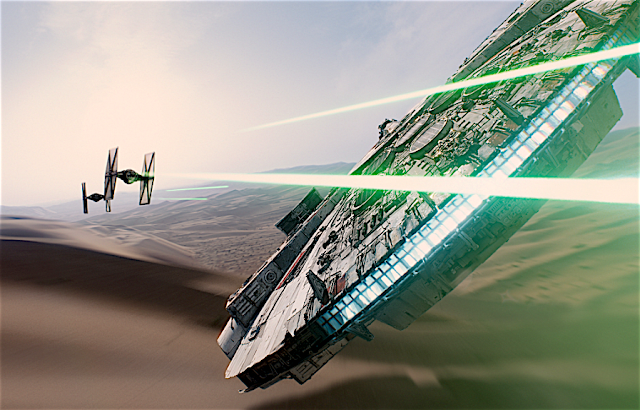 Bad boys in orbit (below) reveal the might of the evil Empire. 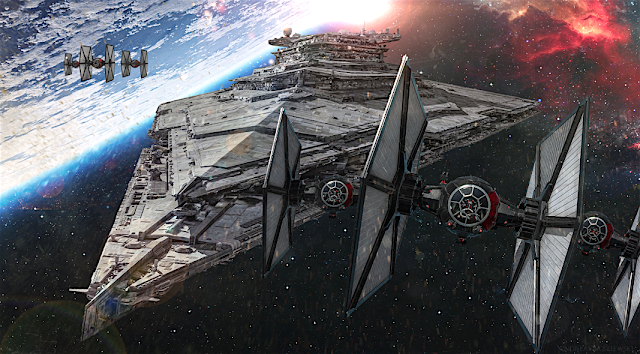 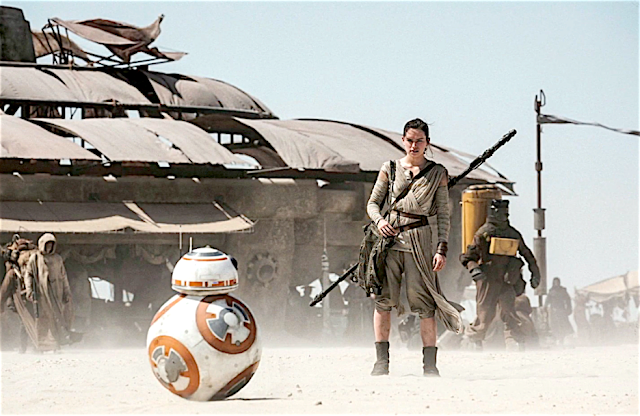