AMERICAN CAR FROM THE UKRAINE - FORD MODEL T TO 1:24 SCALE 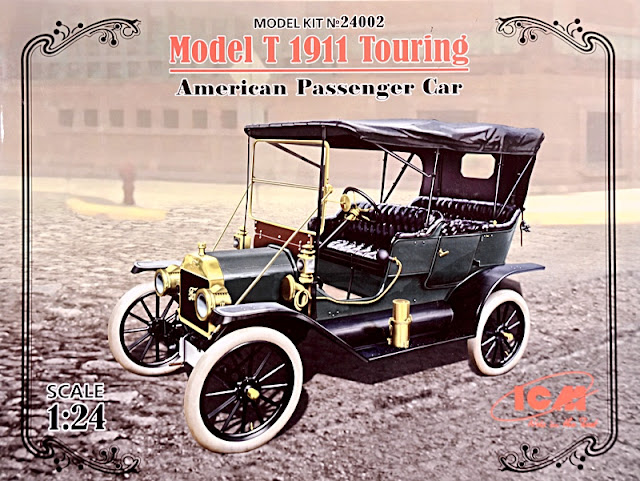 
Mat Irvine: This is the second ICM Ford T release, the 1911 Touring, or four-seater, and a kit that is the earliest Model T made in 1:24/5 scale. Consequently, it beats any made by AMT or other home-based US companies. 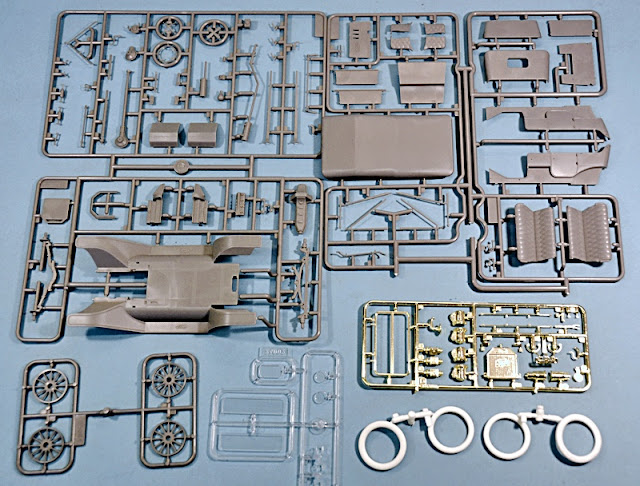 If you are used to the standard American kit style, this ICM will prove a bit different in construction, but you still get the conventional type of early four-cylinder engine block, axles and suspension. The wheels represent wood-style items from this era (which are also featured in AMT early Model T kits) but - and this is a first - ICM's tyres are the very old type, which were white, not black. 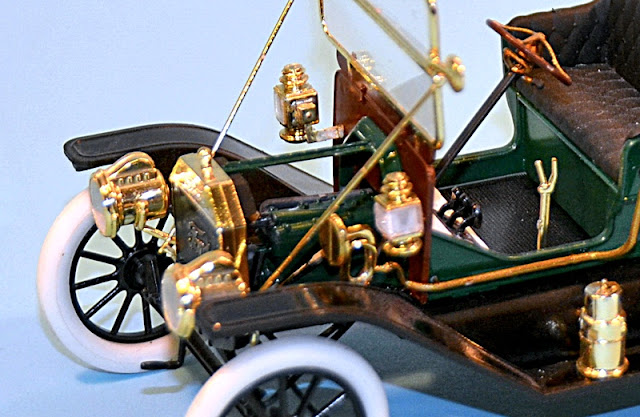 Many of the parts are very delicate and care is needed when it comes to the final assembly. In particular, the support bars that run from the windshield frame down to the radiator base are extremely fiddly. The rear door handles are even worse, in that they are very tiny, less than 2 mm long, and unless you are extremely careful, you’ll drop 'em and lose 'em! (I nearly did…). 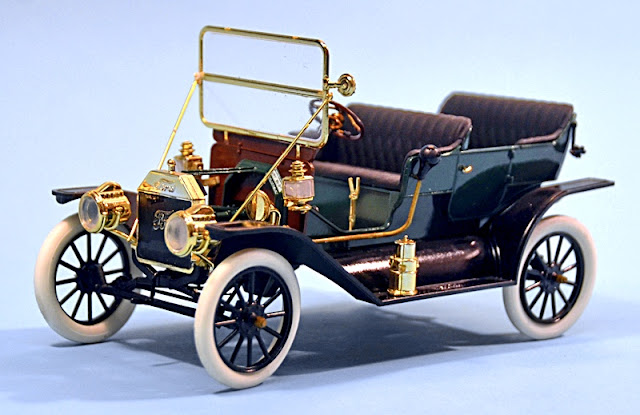 You also get components correctly plated in brass-effect, rather than chrome. And making a change from the usually quoted, “You can have any color as long as it’s black” the Ford T’s bodywork is moulded in dark green, though the fenders are indeed black. The seats and top are also black, though in a satin-finish effect. The dashboard has a wooden finish. 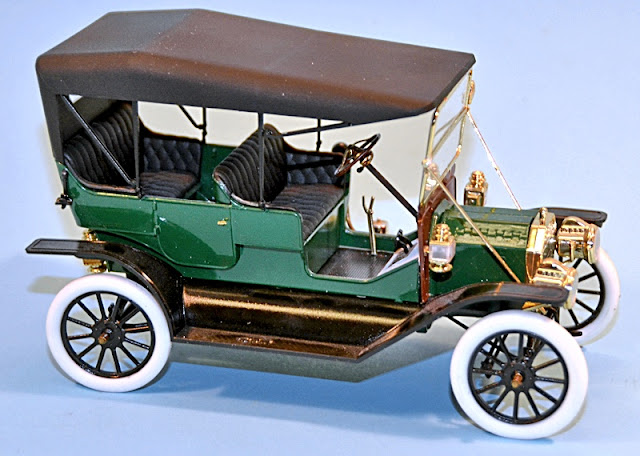 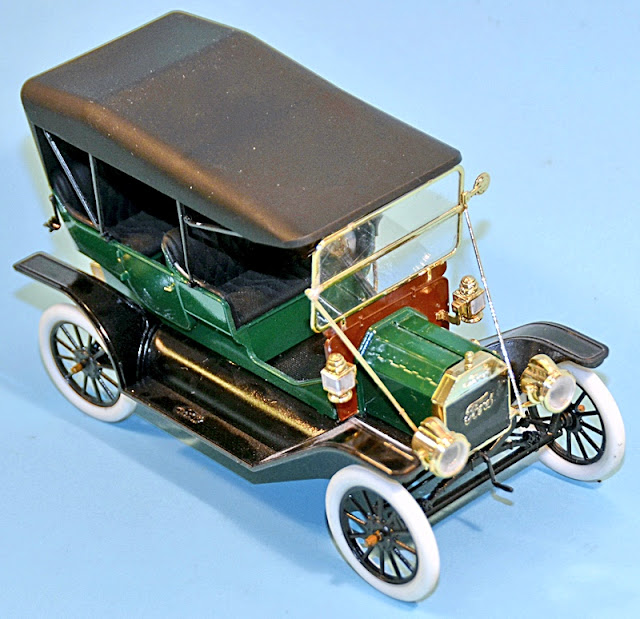 Summation
A nice kit with few flaws. I hope that ICM will continue using this scale, and wonder what could arrive next. 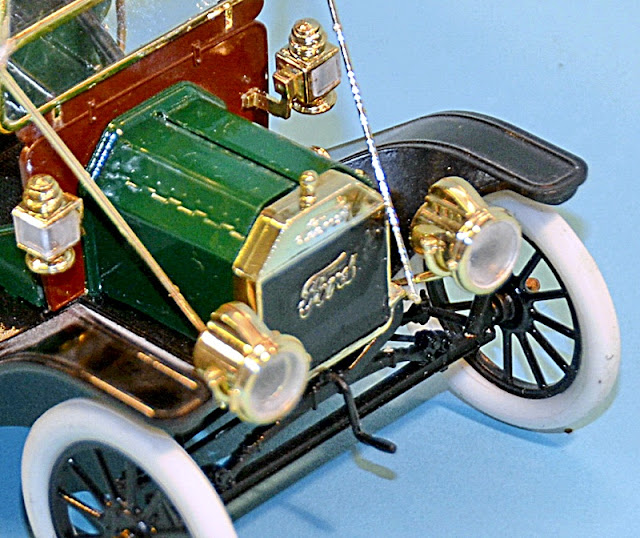 Thanks to Vince Brown at modelsforsale.com for the review kit.