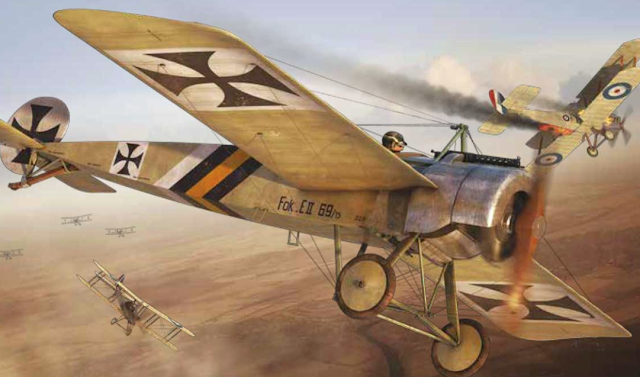 AIRFIX HAS RELEASED A FASCINATING TIME-LAPSE mini-movie for your delectation. The subject is the recent 1:72 scale Fokker E.II Eindecker, and very good it looks too.

SMN report: As you see on the video (below) there's been a lot of effort put into the production values, and much care has also been put into the model itself, which looks most satisfying.

In fact for this builder, the video reveals an exercise in alternatives. Shall I build a World War I subject and put in maximum effort on the wiring side? Or shall I sneakily buy a pre-built diecast model with all the hard work done for me? Hmmm... decisions, decisions.

At least there are no interplane wires or cables to include in this particular model, because it was a monoplane, made infamous during the 'Fokker Scourge' of 1915, when the forward-firing machine gun made its pilots deadly aerial adversaries. Sitting in the cockpit of an E.II (below) is Max Immelmann, an ace who made his name for the Immelmann Turn, which used an aerobatic roll off the top to allow a pilot to set up his aircraft to attack another Allied machine. 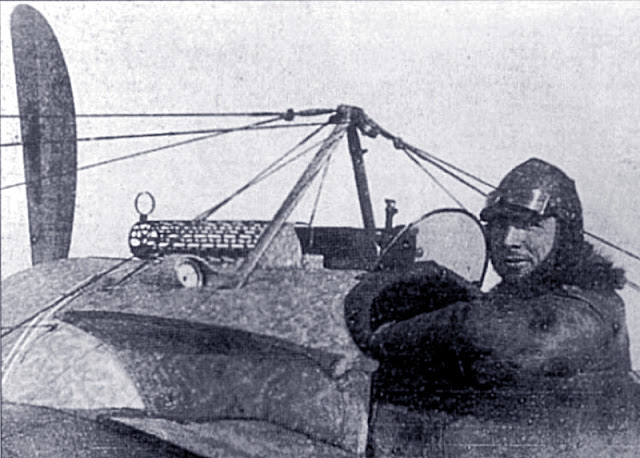 Note: In case you missed it at the end, there's a brief Christmas message from Airfix.