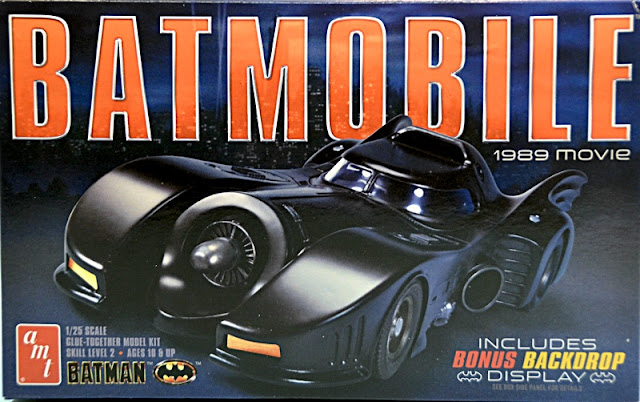 THE NEW MOVIE BATMAN v SUPERMAN: DAWN OF JUSTICE is due for release on March 25, 2016. So Round 2 has taken the opportunity of reissuing the AMT Batmobile kit, as designed for the first Batman reboot of 1989.

The box base of the new release (below) provides plenty of extra details on the kit. 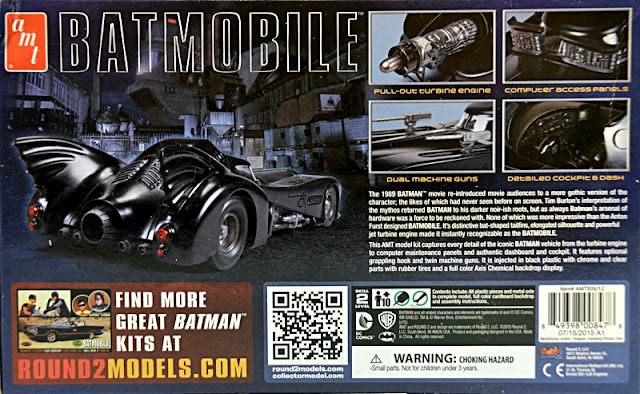 The Round 2 kit is straightforward to assemble, with a one-piece body, cockpit-style interior, and enough chromed parts to add a touch of sparkle. You also get, as is becoming increasingly common with Round 2 reissues of AMT and MPC kits, what is described as a 'Bonus Backdrop Display', in this case one that represents the Axis Chemical Plant.

The components (below) are neatly moulded, and fit cleanly. Tyres are vinyl, and come in two sizes for front and rear pairs. 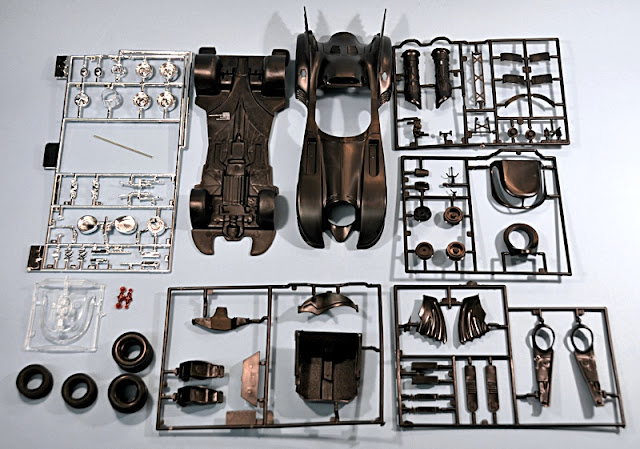 However there is one significant change to the original issue in that this isn’t just a remould of the very first AMT kit, made for the 1989 Batman. Instead, this latest Batmobile is the one made for the second film Batman Returns of 1992. The same Batmobile design was used, but AMT added pop-up computer screens in front of the windshield, plus a complete - and removeable - turbine engine. It is this version that you get in the box.

The kit includes detailed instructions and the extremely useful card diorama base (below). 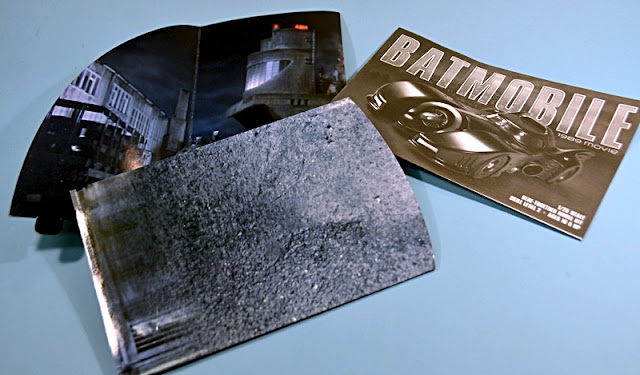 Although the design itself didn’t alter there was one very obvious visual change - the finish. The Batman version had a satin-black finish. For Batman Returns the finish was toned down to a matt black appearance.

The finished model (below) as it appears on the supplied display base. 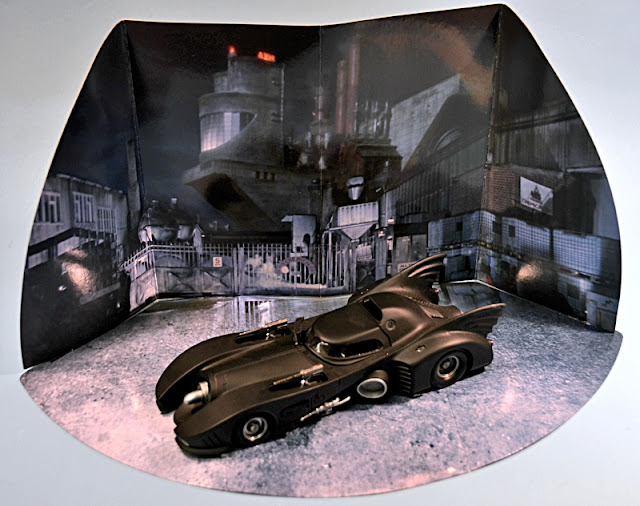 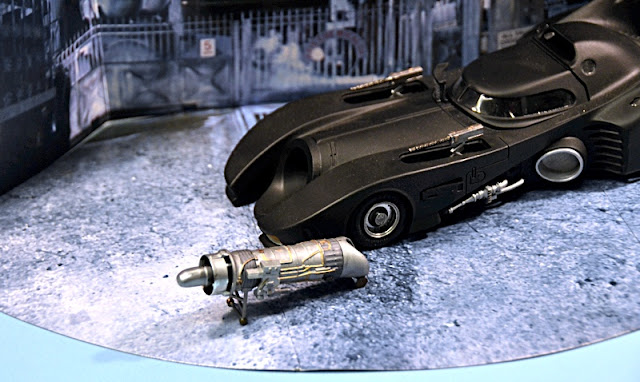 The realistic turbine engine (above, below) can be removed and shown sitting on trolley supports. 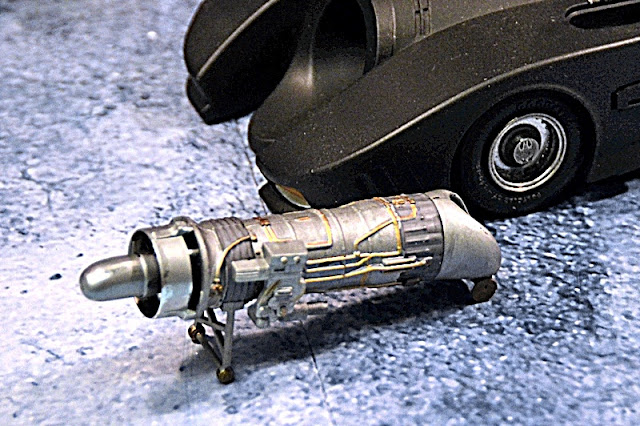 Two movie versions of the same basic machine (below). It appeared in Batman (left) with a satin black finish, and in Batman Returns (right) in matt black. 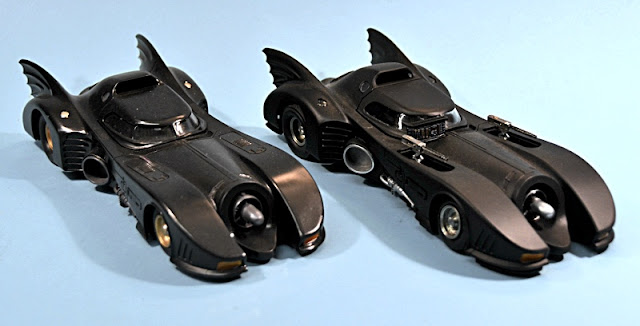 Boxes (below) for the first AMT issues, when the AMT name was still owned by Ertl. Batman (upper box) and Batman Returns. For the first movie you could also get a vacuum-formed Batmobile  Cocoon Armored Shield, released as an Ertl Blueprinter kit. For the second movie, there was a separate Snap Fast Batmissile kit. 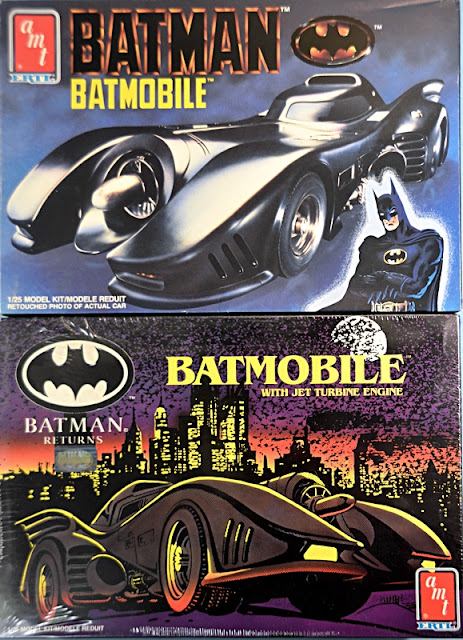