MODELLING THE EAGLE SPACECRAFT FROM SPACE: 1999 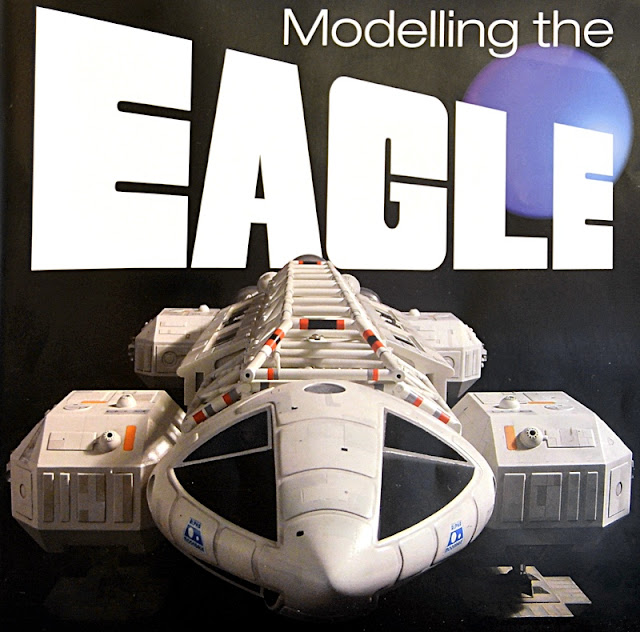 SCI-FI AND FANTASY MODELLER magazine has been going for ten years, with Volume 40 now in print. However, a first for the mag is Modelling the Eagle, a one-off special that celebrates the Eagle spacecraft from Gerry Anderson’s best-known live-action TV series, Space: 1999.

Mat Irvine: Modelling the Eagle is linked primarily to the fact that Round 2 Models - owners of the MPC kit name - decided to release a brand-new Eagle spacecraft model kit. Mike Reccia, founder of SF&F, and Editor in Chief at Happy Medium Press, decided to dedicate a whole publication to the Eagle, resulting in a perfect-bound ‘bookazine’ with nine comprehensive articles, spread over 82 pages of text.

The main cover image (header, below) was provided by the specialist model maker David Sisson. The lower centre photo of a younger Brian Johnson is one I shot myself many years ago, probably in the late 1970s, when I first met him at Bray Studios. 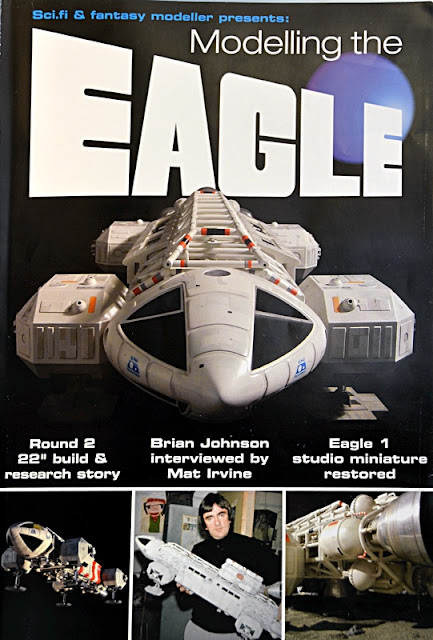 Modelling the Eagle includes a range of articles, including one on restoring one of the largest original FX miniatures, a 44-inch Eagle, by specialist model maker David Sisson. Also featured is the build of a display-ready version the same size 44-inch Eagle, created by Lee Malone of Rogue Studio Productions.

E. James Small, consultant to Round 2 on the new kit, reminisces on a 40-year love affair with Space: 1999, while Gary Welsh looks at the other, smaller, MPC Eagle kits.

Jamie Hood, Senior Designer at Round 2, explains the meticulous process of creating a new model kit. Finally, there is an interview with Brian Johnson, the special effects supervisor for Space: 1999, and who did most of the work in creating the Eagle. I carried out this interview at Brian’s home, in Autumn 2015. 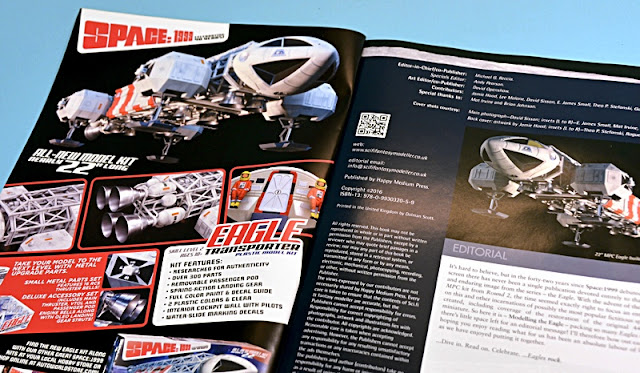 Article by David Sisson (below) on renovating one of the three original 44-inch Eagle miniatures. 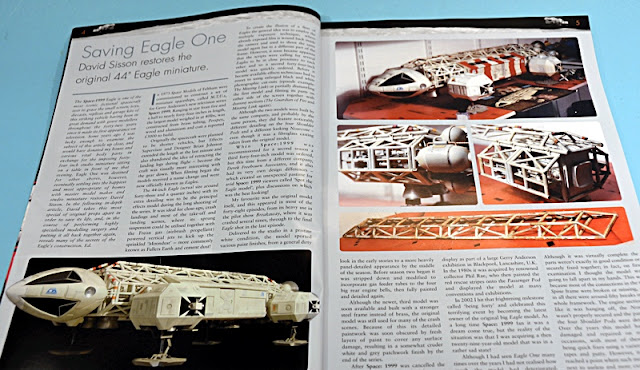 You can build your own 44-inch Eagle (below) using the Rogue Studio Productions kit. 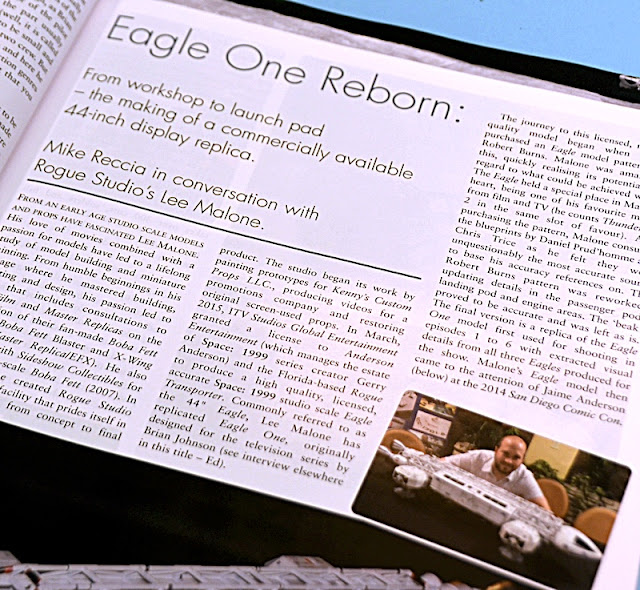 Jamie Hood (below) is Round 2’s Senior Designer. He was tasked with getting the new MPC kit off the ground. 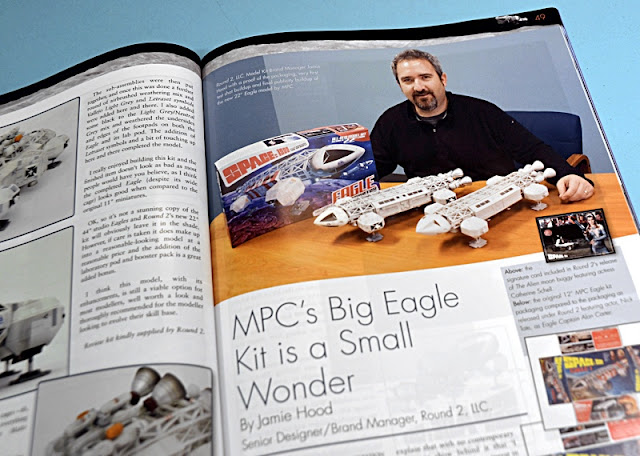 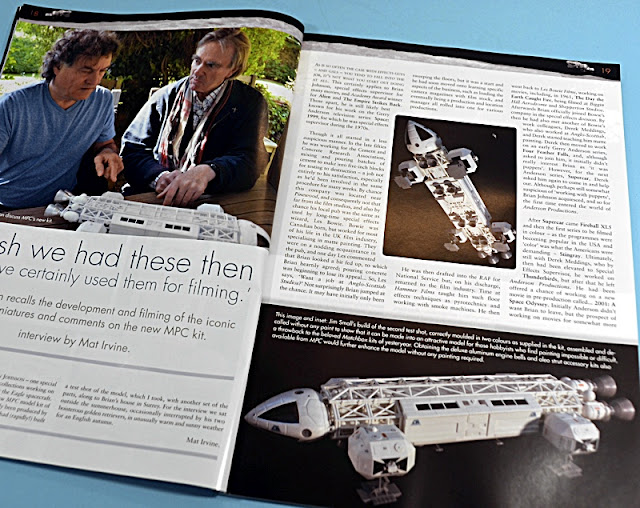 My interview (above, below) with the Space: 1999 special effects supervisor, Brian Johnson. 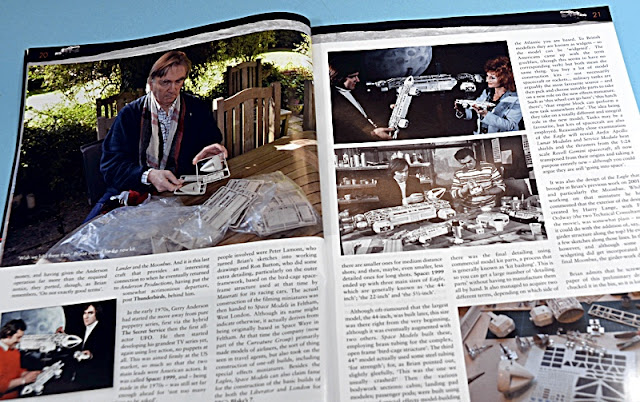 MPC already makes an Eagle model (originally produced by Airfix) and this is still available. But it is fairly small, at 290 mm (11.5 in) long, making it around 1:72 scale. What Round 2 has done this time is to reproduce one of the main special effects (SFX) miniatures used in the making of Space: 1999. This kit assembles to make a model that matches the ‘middle’ size of SFX Eagle, known as the ‘22 inch’ (650 mm) version. Although not given a specific scale, the dimensions makes it approximately 1:48 scale. 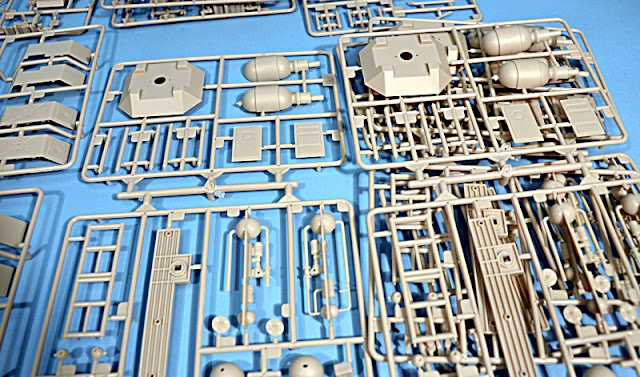 Note that the Eagle miniatures used in the TV series were always known by their Imperial sizes, rather than Metric. So they were called the ’22 inch’ and ’44 inch’ models. 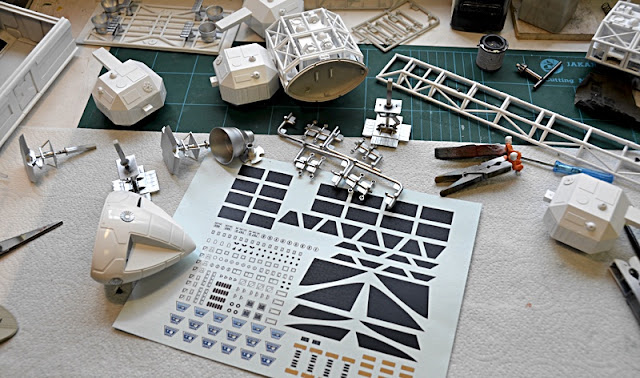 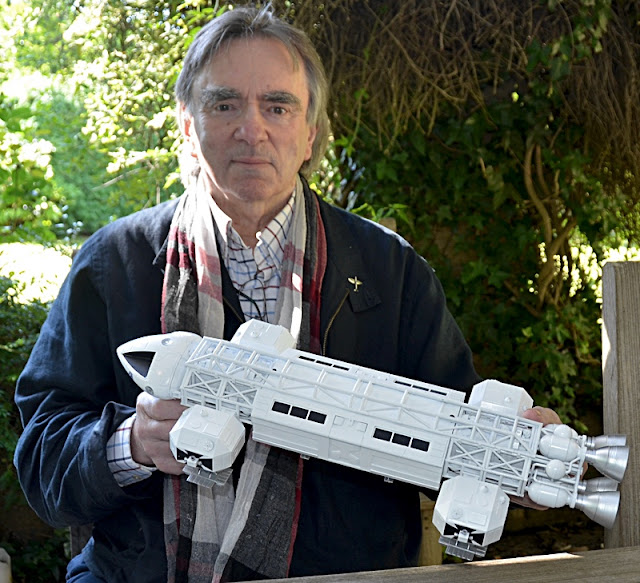 Original pix (above, below) of Brian Johnson, myself, and the big Eagle. 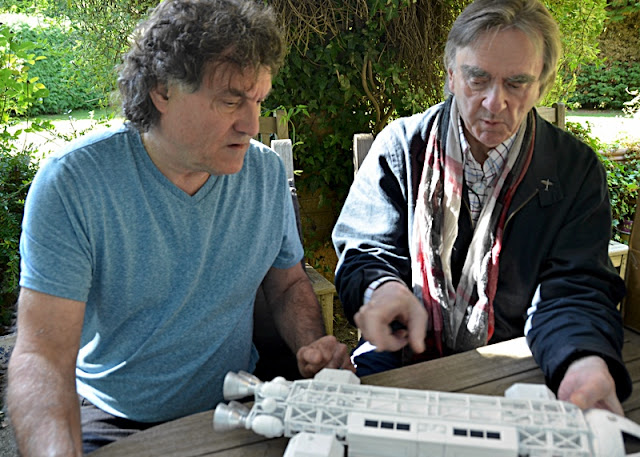 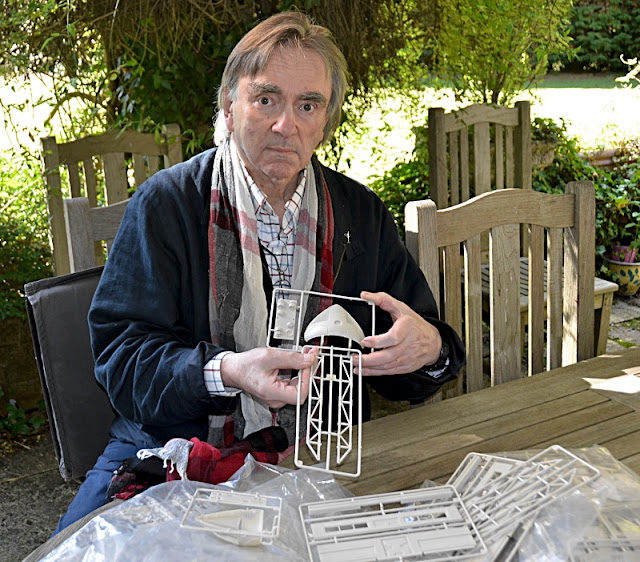 Summation
All in all, if you are a fan of the Eagle, Space: 1999, or science fiction generally, then Modelling the Eagle is a definite must-read publication.