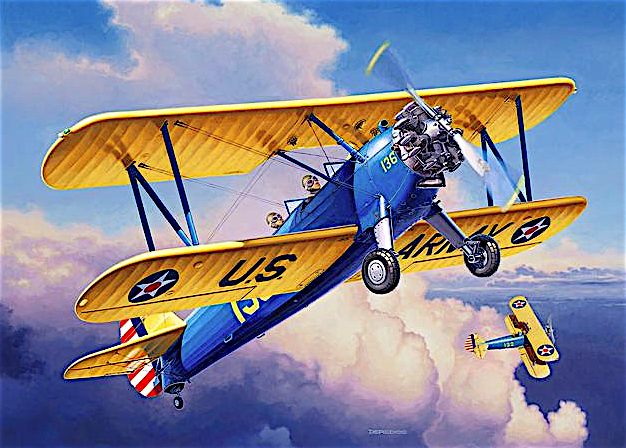 NEARLY 11,000 STEARMAN PT-17 TRAINERS were built, from 1934 until 1945. The new Revell kit should satisfy scale builders of aircraft from this era, or model makers who prefer civil versions, many of which are still flying today.


SMN report: A widely-used training machine, the Stearman PT-17 introduced thousands of Allied trainees to the world of flight. This Revell kit features the PT-17, which was the standard US Army and US Navy basic trainer aircraft throughout World War II. But you are not limited to military markings, as many were sold off to civil flyers when the war ended.

According to the Revell spec, the assembled 1:48 scale PT-17 features:

* Two detailed cockpits
* A detailed radial engine and cowling
* Rotatable two-blade propeller
* Detailed landing gear, with moulded tyre tread
* Decals include options for either a US Navy or US Army version

Judging from the Revell publicity pictures, it looks like the company has nailed it where the Stearman model’s finished appearance goes.

The twin cockpits (below) show how basic the flying controls and instruments were in the golden age of flying. Note the structural metal fuselage tubing included by Revell. 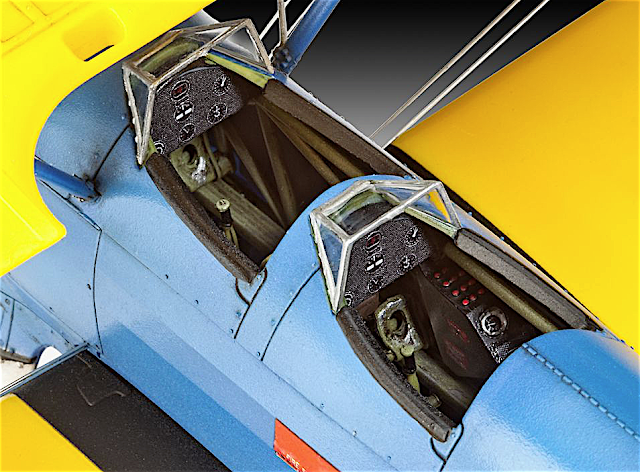 As supplied, the engine (below) has a fair degree of detail, but see my pictures of the real thing in Tiger Airways' hangar to see how you could add some extra sparkle and realism to it. Same goes with the propeller. 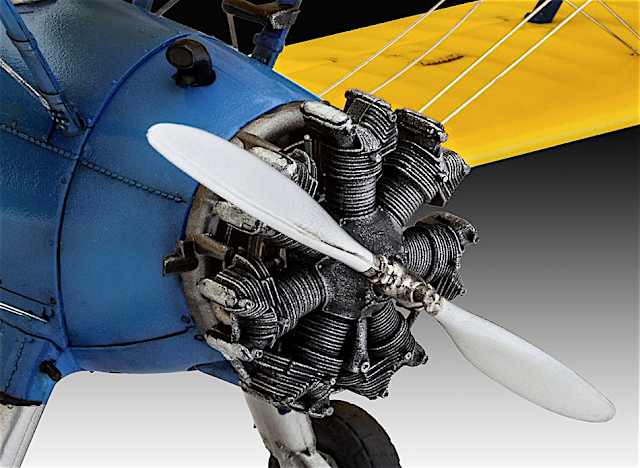 Classic 1930s-era red stripes on the tail (below). To finish the Stearman to presentation standard, you do need to add bracing wires, but thankfully, there are not too many of them. 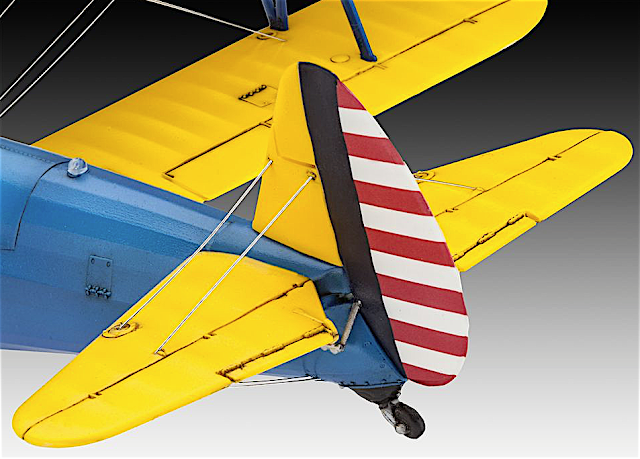 You could add some weathering, but - particularly if you model a bird that is flown today - keep this to a minimum, as every Stearman I’ve seen is kept spotlessly clean and shiny. The model (below) has it just about right, with enough wear to show that the biplane is in use, but not to the point of being abused. 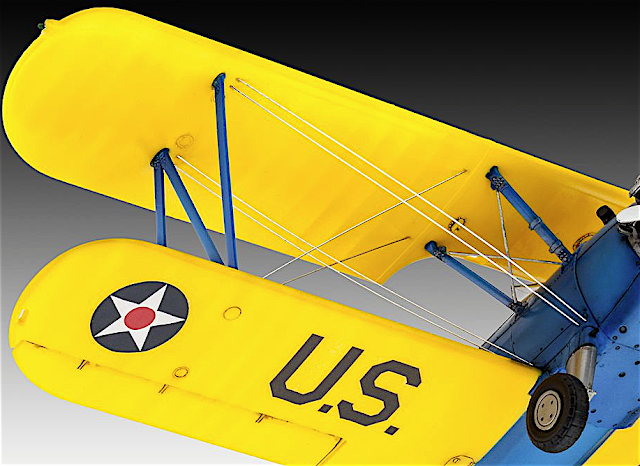 The real thing
I took my daughter Holly for some aerobatic lessons at Gloucester Airport, home of Tiger Airways. She flew in an ex-Royal Air Force trainer, but stored in Tiger’s hangar were other aircraft, including a gleaming Stearman (below) which is maintained in immaculate condition. 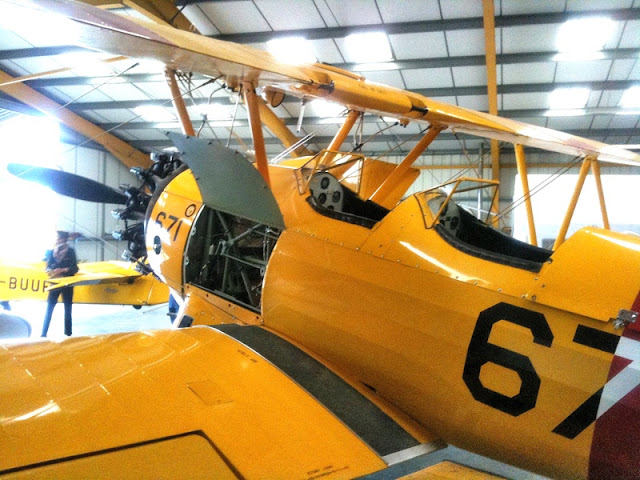 Seen in closeup, the Stearman is a hefty beast when compared to its British equivalent, the comparatively dainty de Havilland Tiger Moth. The engine is quite a bit noisier too! But if you like flight and flying, either biplane will give you huge pleasure in the air. 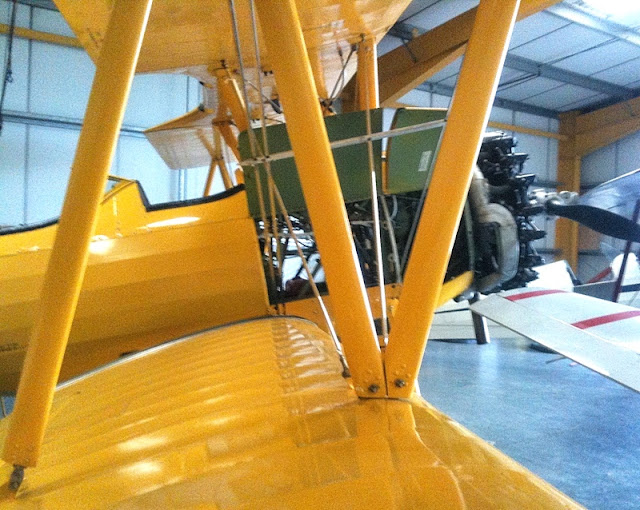 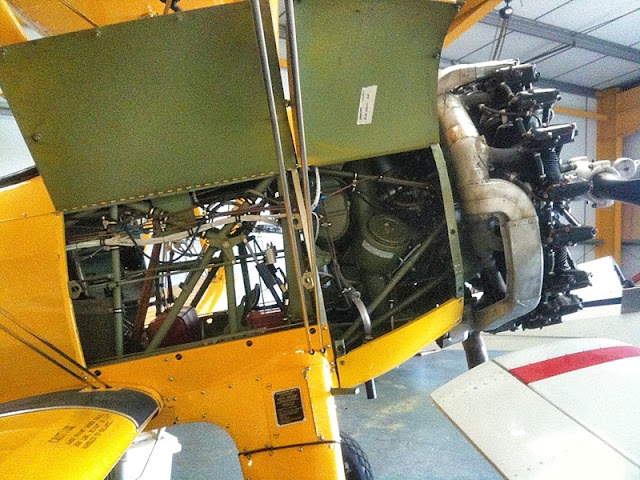 Lots of engine and propeller detail (below) for the keen modeller to add to the Revell kit. 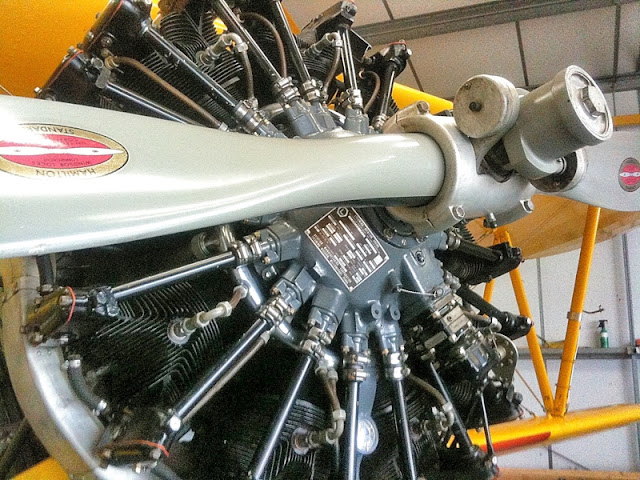 The US Navy had some Stearmans converted as the N2S air ambulance (below), this picture dating from 1942. Finish was yellow overall, earning the N2S a nickname, the ‘Yellow Peril.’ With some relatively easy mods to make the model conversion, a medical emergency diorama could make an interesting and unusual kit-bashing project.

If you want a civilian finish, many Stearmans are maintained in flying condition, so the world is your oyster so far as colour schemes are concerned. For ideas, you can visit the Stearman Fly-In organization. 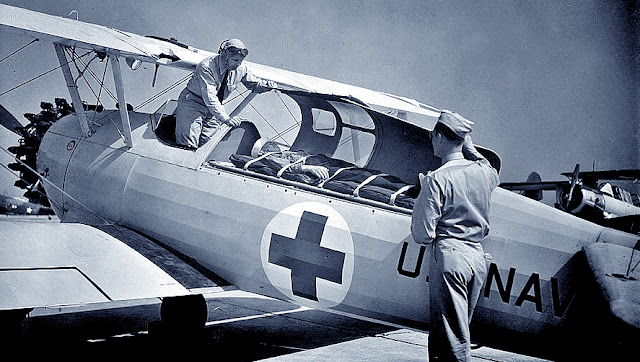