AK INTERACTIVE CATALOGUE - GUIDE TO THE BEST IN MODEL FINISHES 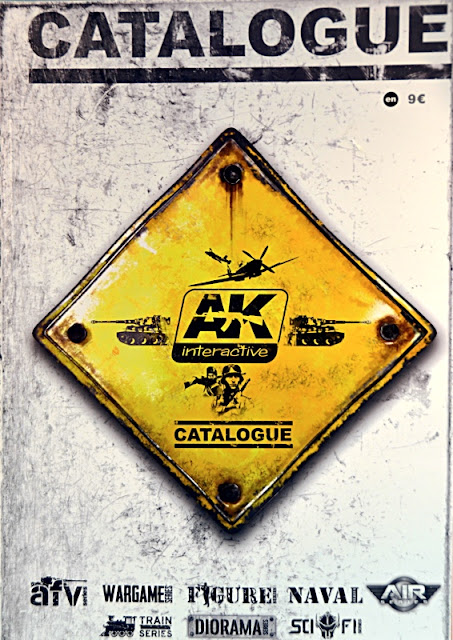 ONCE UPON A TIME you bought a kit, glued it together, maybe added a touch of paint… and that was it. These days assembly is usually just the start, as many modellers now want to add a wide variety of finishes for more realism.

Mat Irvine: Enter the aftermarket suppliers of detailed painting and weathering finishes. And one of the biggest names is the Spanish company, AK Interactive, which produces realistic finishes for almost any model you care to name, such as the German tank shades (below). 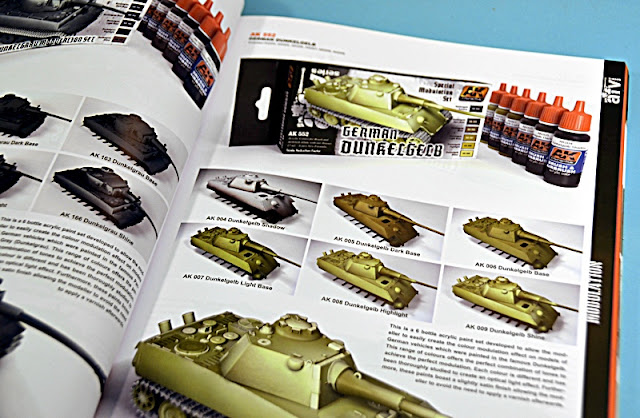 AK Interactive has produced a catalogue that is far more than just a catalogue. Yes, all AK’s products are listed, but there are also many how-to technique photos, using professionally-built models to illustrate the convincing results that are achievable.

The pages (below) illustrate rainmark streaking and washes for NATO vehicles. 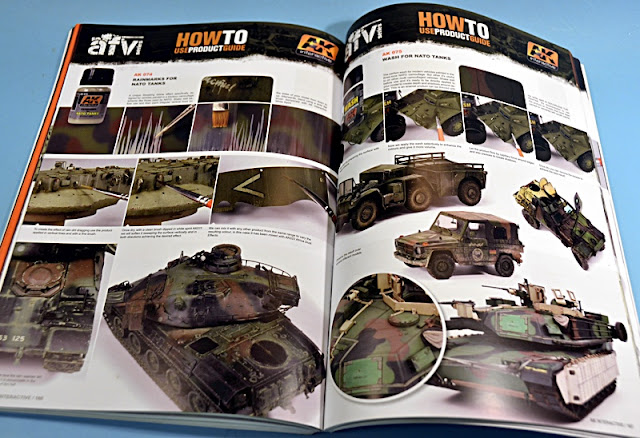 The AK Interactive catalogue covers a wide area of interests, subject areas that are revealed on the cover - AFV, Wargame, Figure, Naval, Air, Train, Diorama and Sci-fi. There is also the odd civilian vehicle inside.

Specific shades (below) are supplied for modelling recent military conflicts. 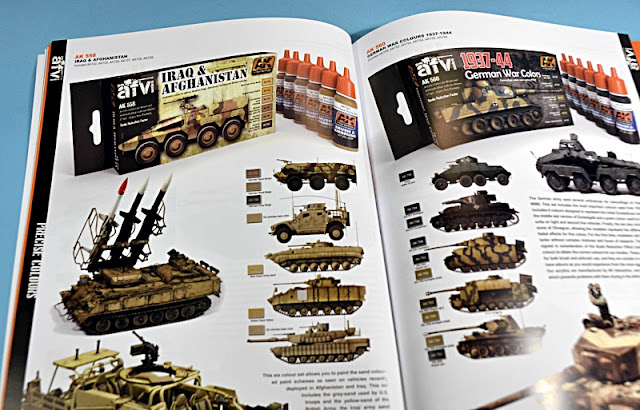 There are finishes for virtually anything, including military colours matching those used by national forces, such as German camouflage, Russian green and US olive drab. For figures, there are sets for leather and buckles, Panzer crew black uniforms, and US Army summer uniforms.

Two pages (below) of the many that are devoted to figure painting. 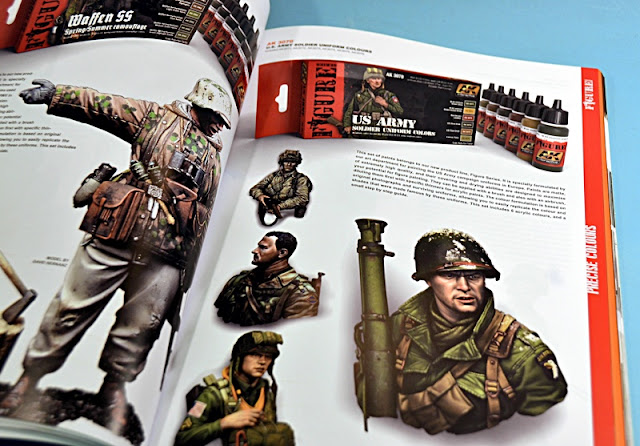 Other sets include rust effects, tracks and wheels, old and weathered wood. In fact, the list could go on and on - and I haven’t even got to the aircraft or naval sections yet. 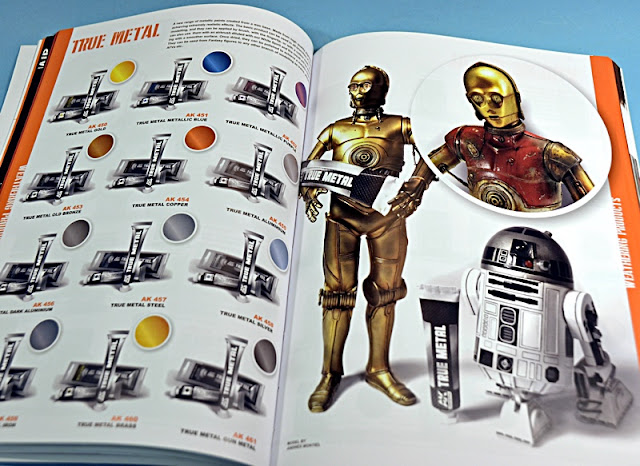 Guide pages (below) for finishing modern and classic aircraft. 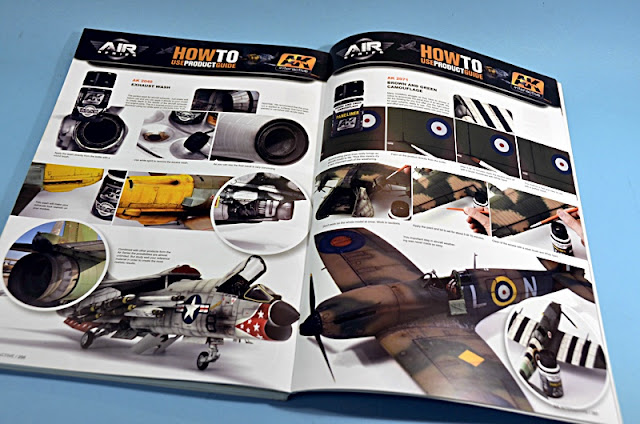 Naval weathering is illustrated (below). 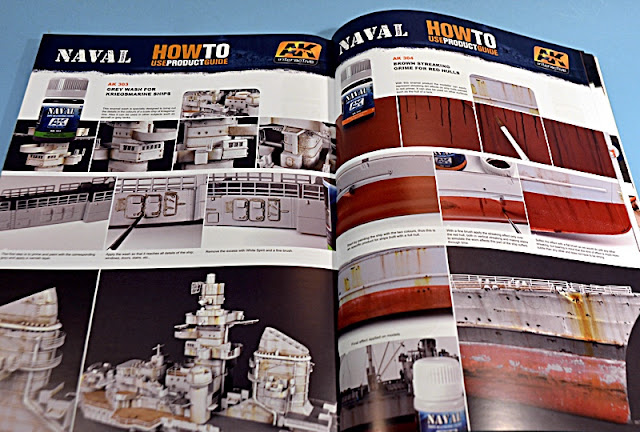 Cars (below) get a look-in in the weathering products chapter. 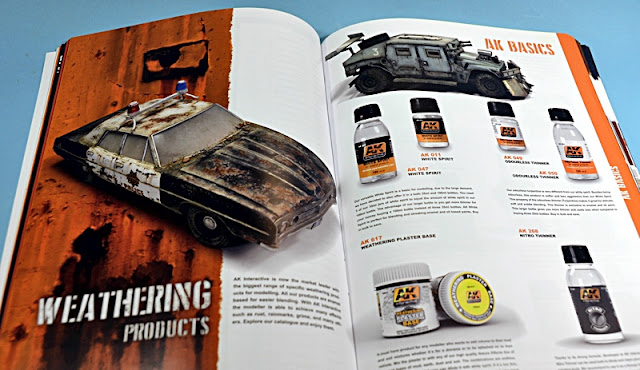 Summation
An excellent publication with full details of one of the modelling world’s widest finish ranges.

Full details of the AK Interactive range are available at the specialist site Modelling Tools run by Paul Fitzmaurice.