MORE FROM THE 2016 CHICAGO TOY SHOW 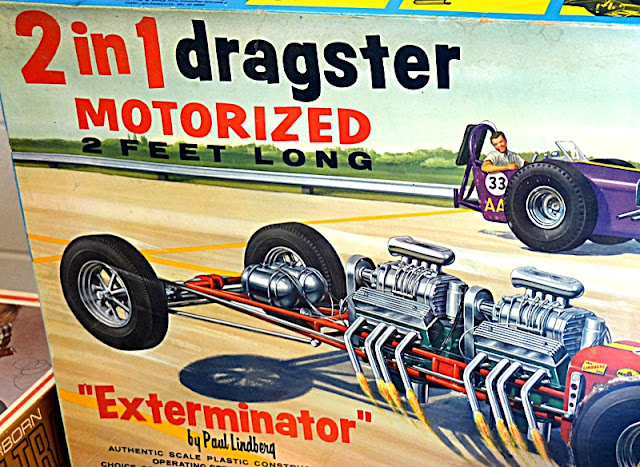 THE 2016 CHICAGO TOY SHOW was held on April 24, at the Kane County Fairgrounds, west of Chicago. Here is the second part of the Mat Irvine’s visit for SMN.

Mat Irvine: I went along with Dean Milano, kit historian and musician, and Jeff Clark, ex-Al's Hobbies of Elmhurst, Illinois. The Chicago Toy Show is held in a mixture of halls and sheds, with a wide variety of collectibles on display.

Not often seen (below) the Aurora diorama set from The Rat Patrol, a US TV World War II series that aired from 1966-68. After some negotiation, this particular kit found its way into my collection. 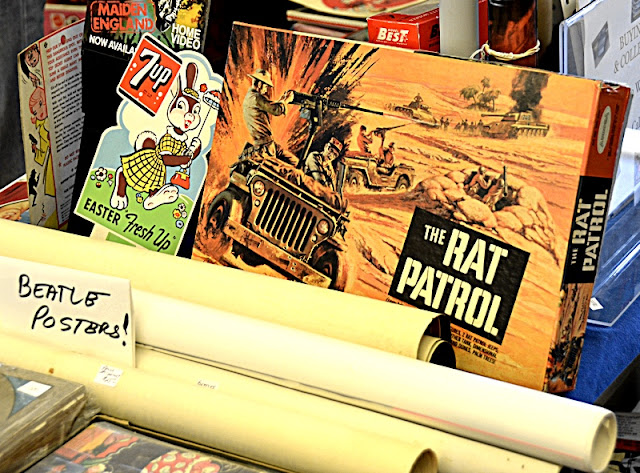 It wasn't only Monogram that dabbled in 1:8 scale car kits. Lindberg did so too (header, below) its 1:8 kits including this motorised Exterminator dragster. 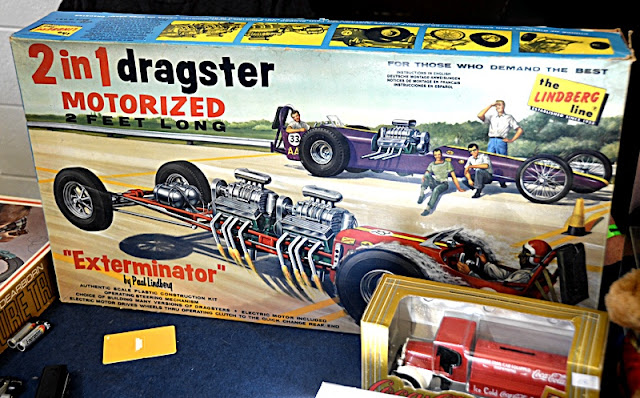 A group of science fiction collectibles (below) showed that Doctor Who is extremely popular in North America, as well as in its British homeland. Note the robots, and just behind them, Mars Attacks, a movie that has spawned plenty of material aimed at collectors. 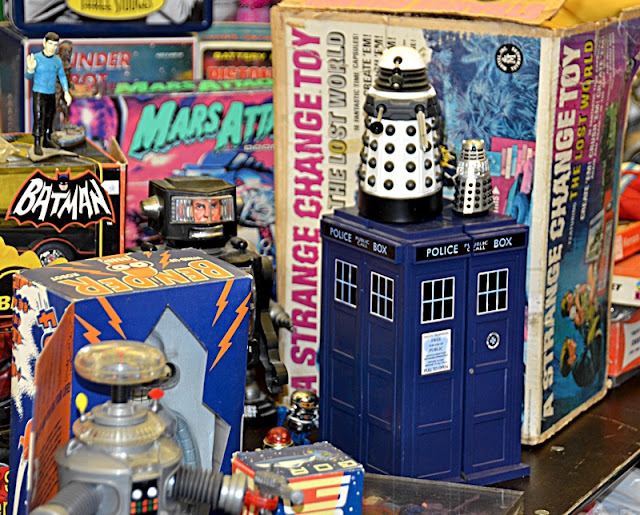 You never know who will turn up at the Chicago Toy Show. A fully-armed Boba Fett (below) confronts a brown-robed Jawa. There was plenty of Star Wars merchandise on sale, so the perhaps the Jawa was keeping an eye out, in case stuff fell off the back of a Sandcrawler. 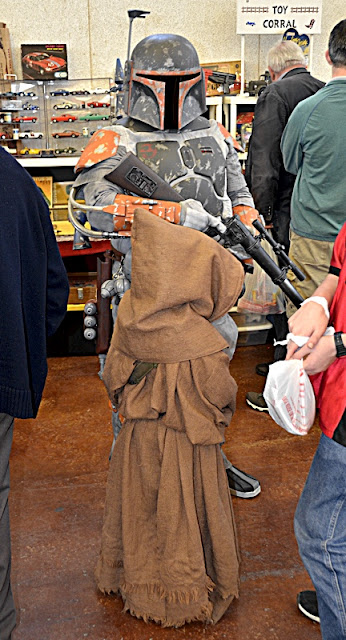 Dean Milano (below) checks out an assembled and battered, but rare and collectible, Jo-Han 1959 Dodge. 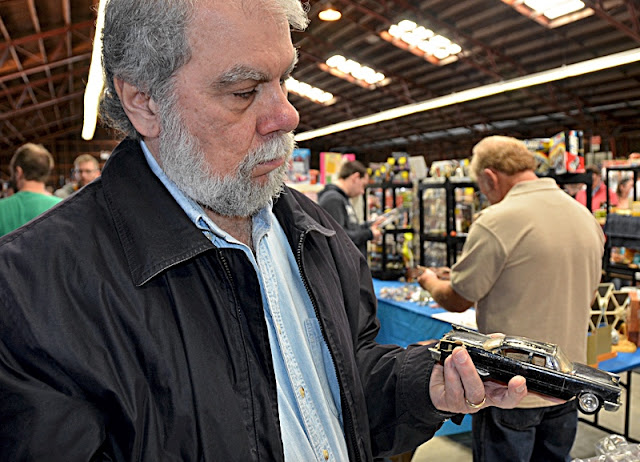 I reckon the Twin Pod Cloud Car (below) is one of the most endearing, if somewhat impractical Star Wars craft. Like, how do you know who is meant to be steering it? The toy was made by Kenner. 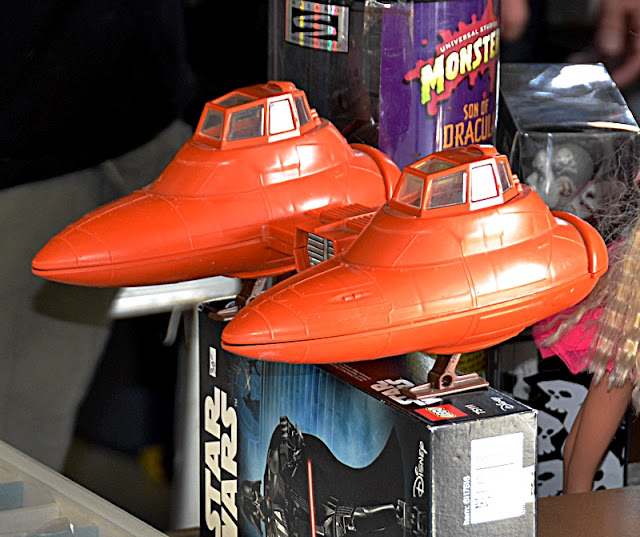 A coincidental find (below), given my recent review of the Tamiya Toyoda Model AA. This is a tinplate model of the vehicle that inspired it, the streamlined Chrysler Airflow. This particular toy was painted in a dusky-pink shade, similar to that of the Toyoda. 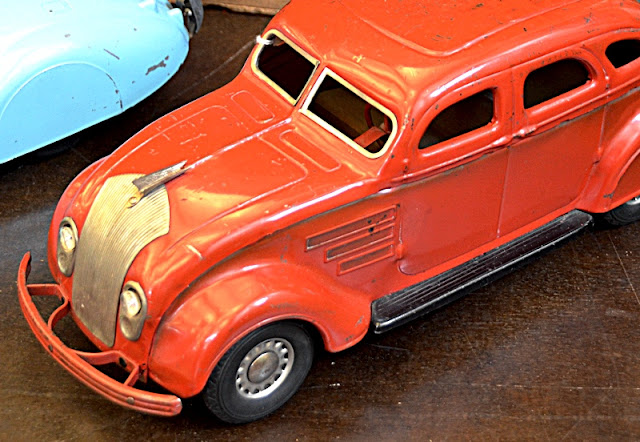 Next to the tinplate Airstream was another classic (below left),  a Jaguar XK120 in pale blue. 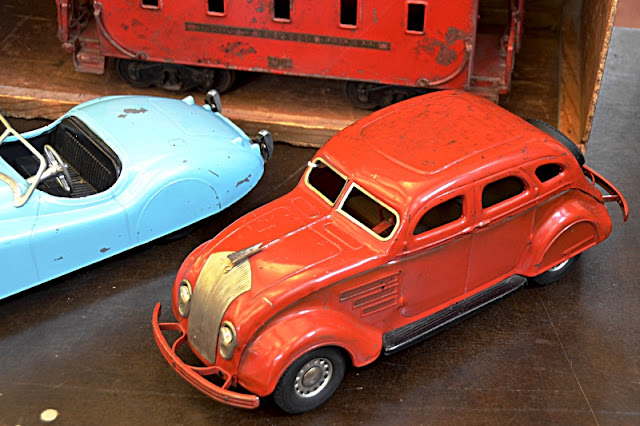 Jeff Clark (below) finds a bagful of military figures. 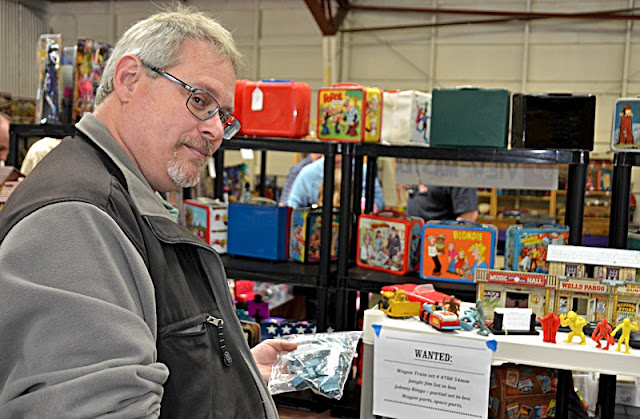 An original Marx Masterbuilder kit (below) of the Capitol Building, Washington. DC. Included in the box are '35 miniature Presidents.' Glencoe Models has reissued the kit since, though without the figures. 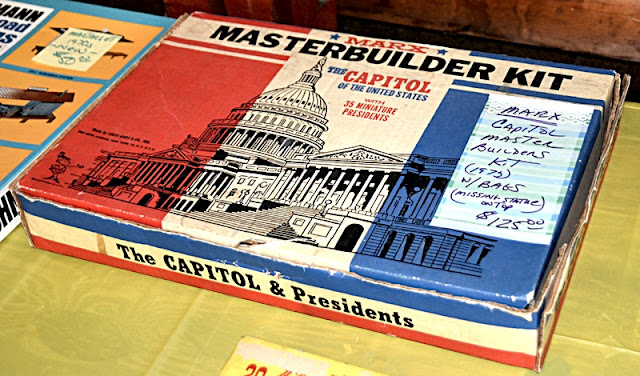 A rarely seen (below) Strombecker 1:32 slot car kit, labelled as James Bond's 007 Aston Martin. The car has a metal chassis and the kit was unbuilt. 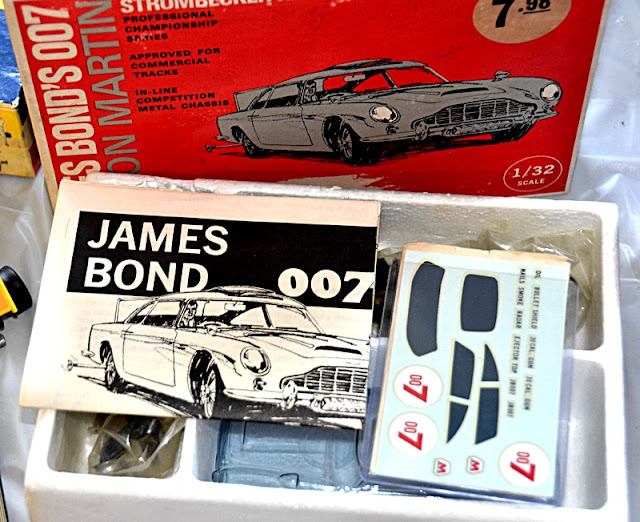 Mat Irvine (below right) meets up with American Doctor Who fans, Dan Pulley (left) and Andy Tolch (behind). 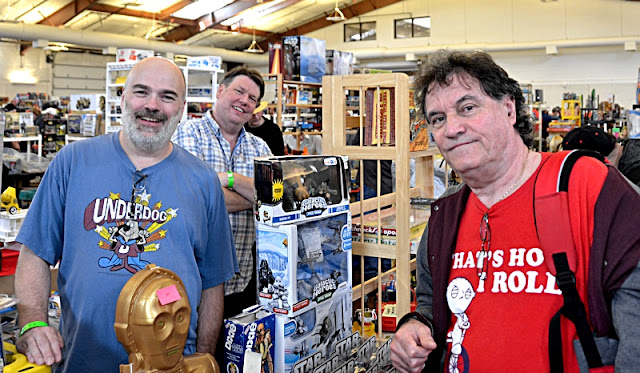 Snoopy appeared (below) at the show, starring as 'Joe Cool.' 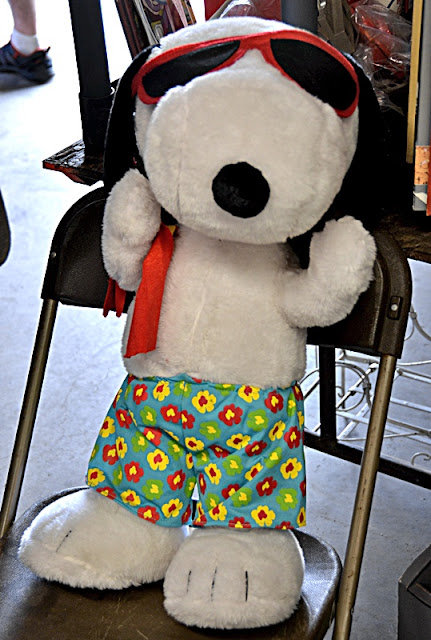