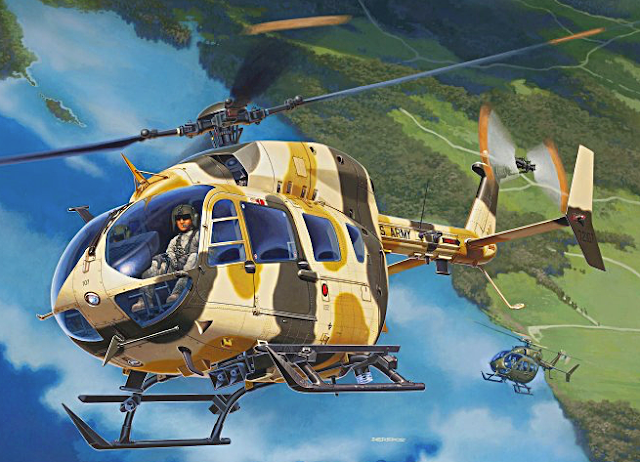 THIS REVELL KIT REPRESENTS A UH-72A LAKOTA as flown by US forces. Built by Airbus Helicopters, the UH-72A is a light utility machine that is used widely by the US Army and Air National Guard.

SMN report: Helicopters are mostly fairly small machines, so it’s useful to have this Revell kit to 1:32 scale. No flight crew or other figures are supplied, which is a shame, especially as there aren’t too many available 1:32 scale figures that exactly fit the bill. Try the UK Hannants mail-order company for some choices.

Other than that, Revell has done a good job with the UH-72A, which is a military version of the existing civil kit. And this is OK because, apart from the paint job, the only real difference for the US Army is the inclusion of specialist radio equipment.

* Fine surface detail, with recessed panel lines and rivets
* Detailed cockpit with instrument panel, footrests and other equipment
* Seating as US Army version
* Opening side and rear doors
* Movable main and tail rotors
* Authentic US Army decals for two machines

The tail area (below) looks good, with aerials and antennas present and correct. The tail rotor hub is nicely detailed, and the decals include the surprisingly small ‘Danger’ warning label. 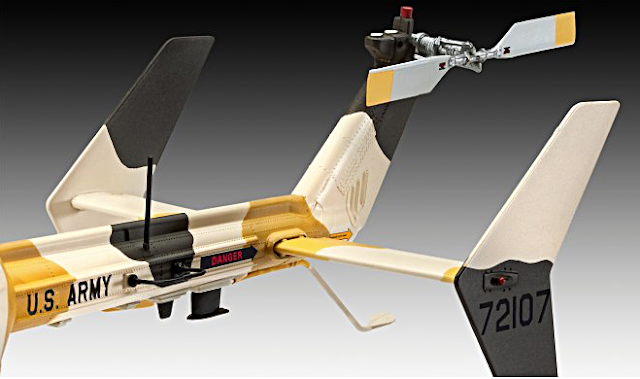 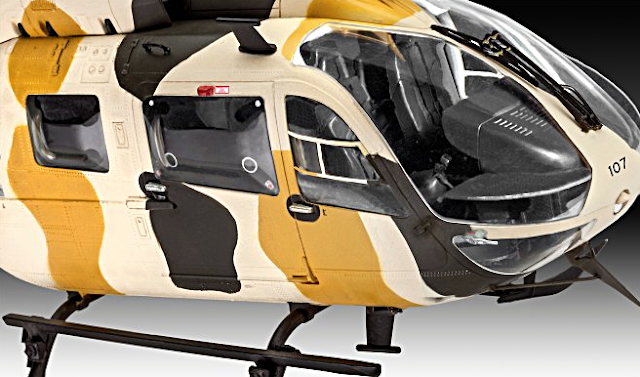 Main rotor hub and twin engine exhausts (below) are accurately represented. Note the paint scheme here is one of several you could use, the more common being overall US Army olive drab. Ambulance versions have a red cross on a white square, so there is a reasonable choice of marking to choose from, if you want something different. All versions will benefit from a little light weathering to bring out panel and rivet detail. 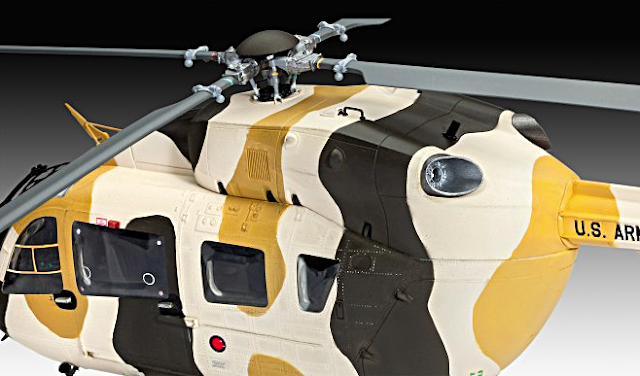 The flight deck is visible for all to see, the absence of any crew being only too obvious. Come on Revell, this helo is not a drone: at least supply a set of figures as an accessory pack. 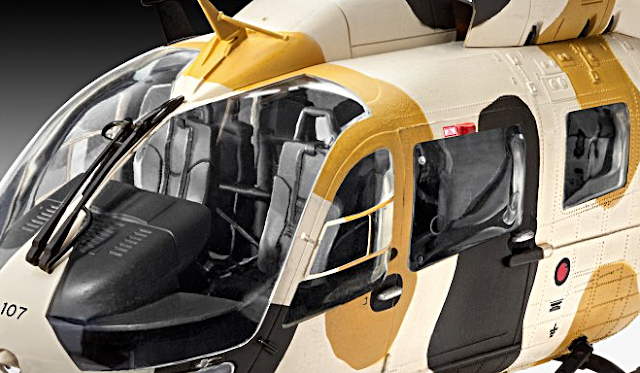 The assembled and finished kit (below) shows off the chunky but streamlined UH-72A very well. 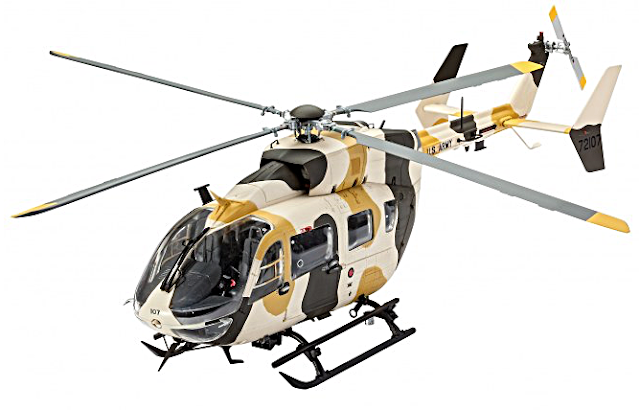 The first UH-72As (below) joined the US Army in 2006. The finish here is standard overall US Army olive drab. 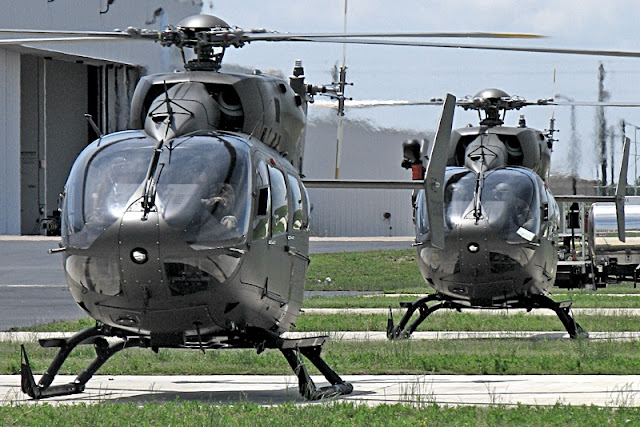 Opportunities for light modifications to the basic Revell kit include the searchlight suspended (below) from the starboard side. 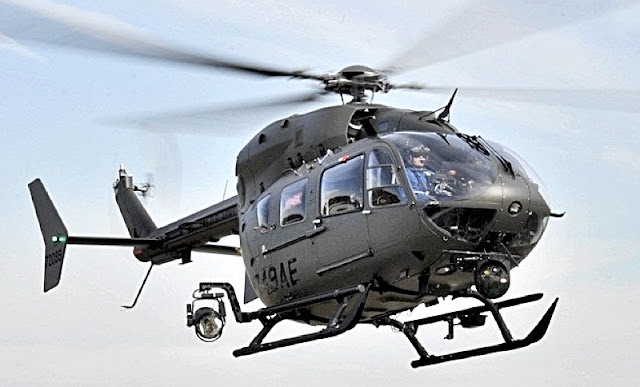 Camo scheme (below) as used by Revell, and here seen painted on the real thing. 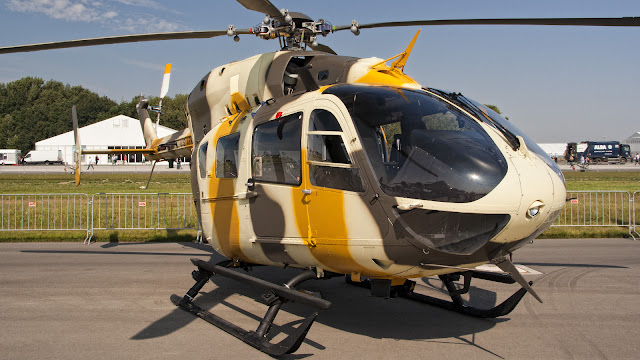 Interior photograph (below) reveals the wide views available to the crew. 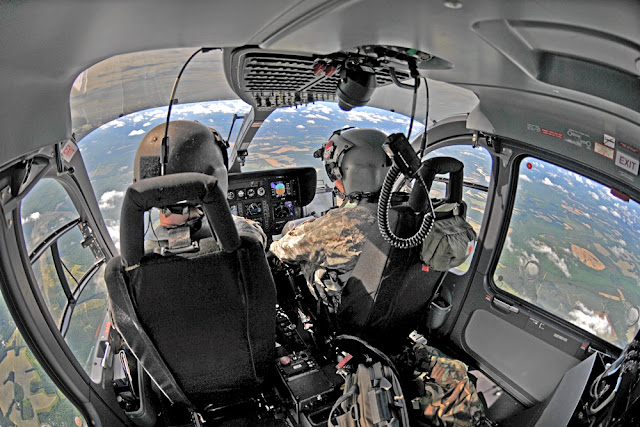 The kit will be available soon. Other Revell 1:32 scale helos can be seen in the carousel ad (below).

Photos courtesy Revell and US Army.