DUE FOR RELEASE SHORTLY the 1:72 scale Revell Avro Shackleton MR2 looks ready to ignite a which-is-best competition with Airfix, whose own Shackleton to the same scale is due for release in August 2016.

SMN report: The Avro Shackleton was a British long range maritime reconnaissance aircraft, its design dating from the 1940s, being a development of the World War II Lancaster bomber. The AEW (aircraft early warning) version that is the subject of this Revell kit was a later development. Twelve MR2s were converted as the AEW2, and went into service in 1972. 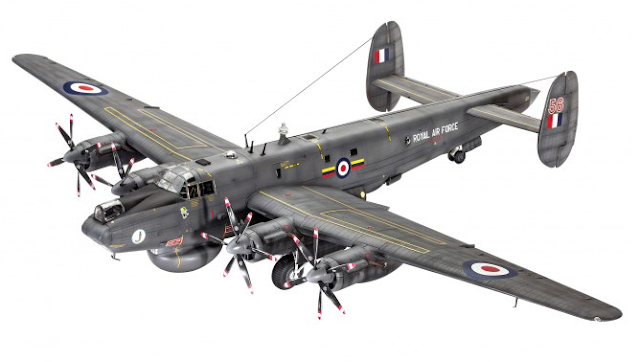 According to Revell, the model features: 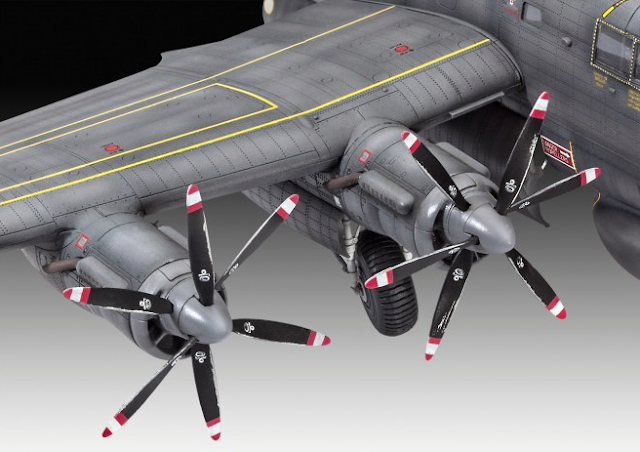 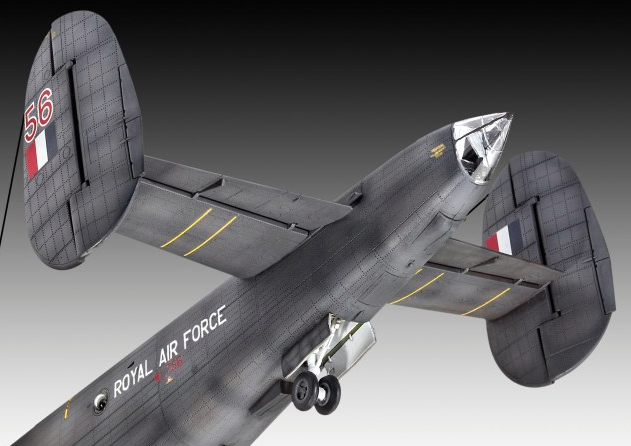 Decals are provided for two Royal Air Force aircraft, both from Number 8 Squadron. One set of markings dates from 1973, the other 1981. 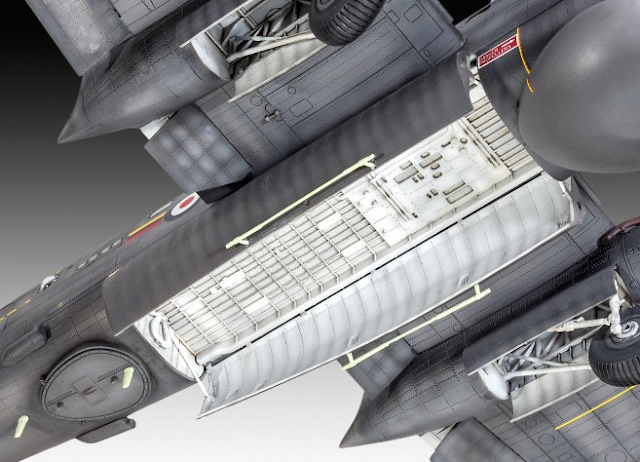 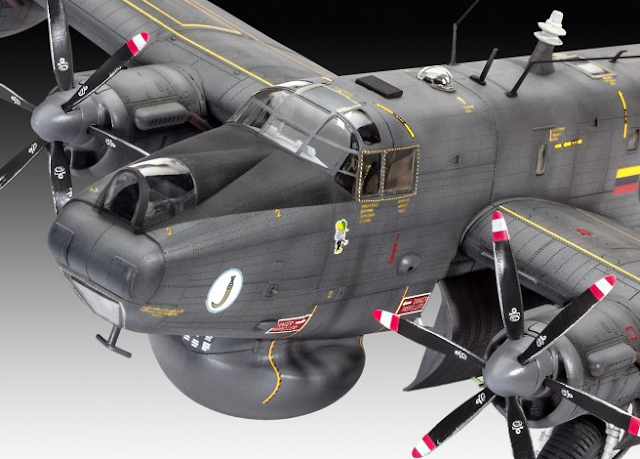 Summation
In itself, the new Revell kit looks like a nicely engineered piece of miniature making. Whether it will prove to be as good as (or better than) the upcoming Airfix kit is something we should know in a couple of months time. In either event, it will be good to have a choice. Development pix (below) of the Airfix version show that we can expect the result of a great deal of time and care. So maybe you should build both. 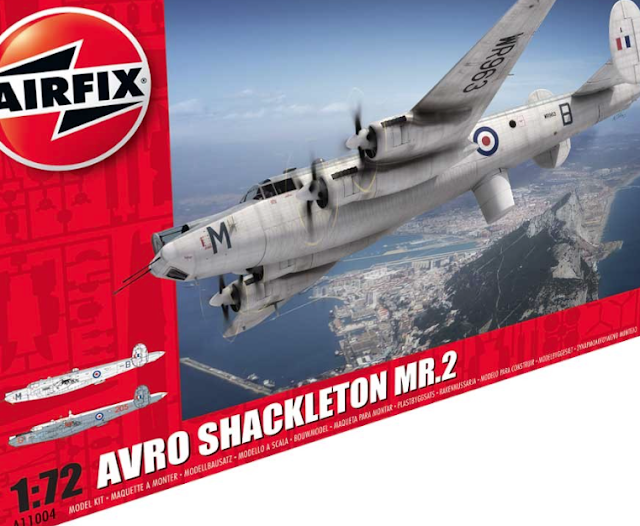 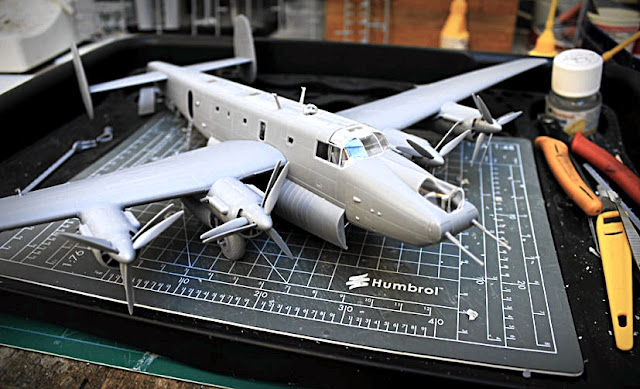 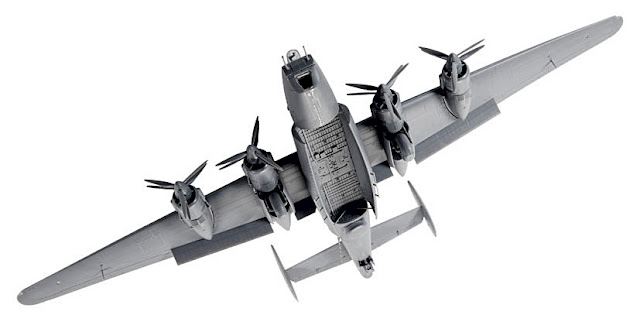 Three-view drawings of the Shackleton (below) show how it was developed into a tricycle landing gear aircraft. This version was also flown by the South African Air Force from 1957-84. 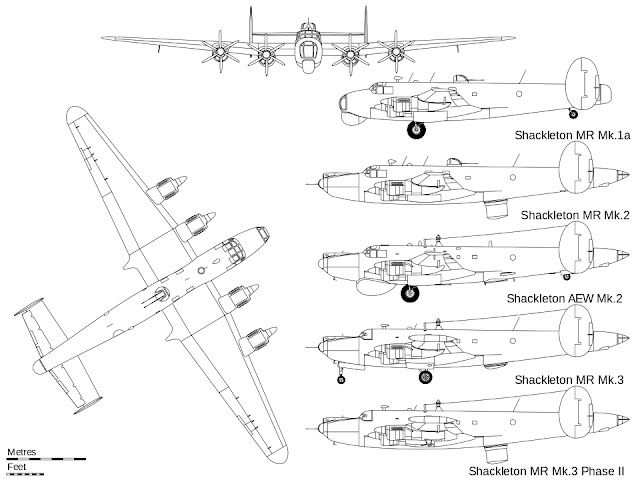