THE FORD F-150 PICKUP IS THE NUMBER ONE bestseller in the US. In recent years, the top F-150 has been labelled Raptor, and it is a model of the 2017 version of this vehicle that Revell has just released.

Mat Irvine: The only slight problem for the experienced modeller is that Revell has chosen to make the 2017 Ford F-150 Raptor as a SnapTite kit. So whilst you do get a fully detailed body, wheels and interior, there is no engine and no real chassis. But as a standard static display model, the 1:25 scale Revell Ford Raptor can be made to look good, even straight out of its relatively small box. 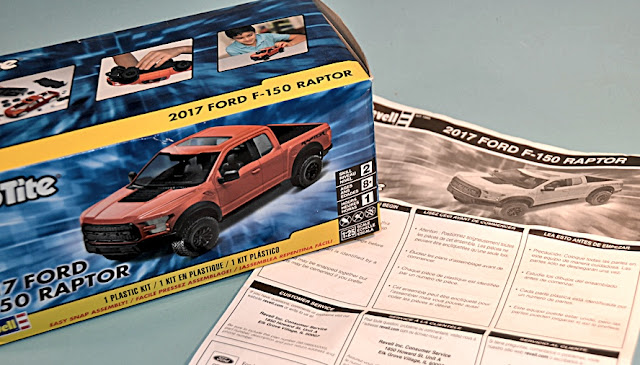 The instruction leaflet supplied with the Raptor kit (below) is clear and to the point. 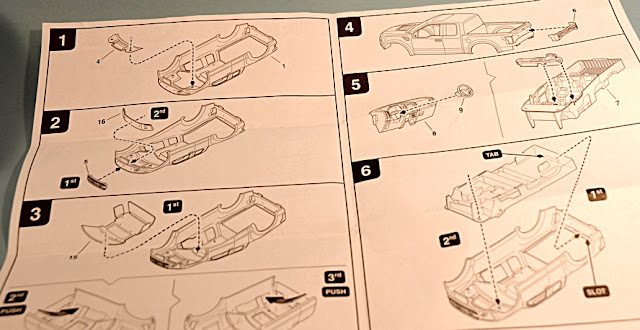 The kit (below) arrives with the bodywork pre-coloured in bright orange-red plastic, with the wheel-arch extensions in satin black. Other components are in black or transparent plastic. Steel-rod axles are supplied. 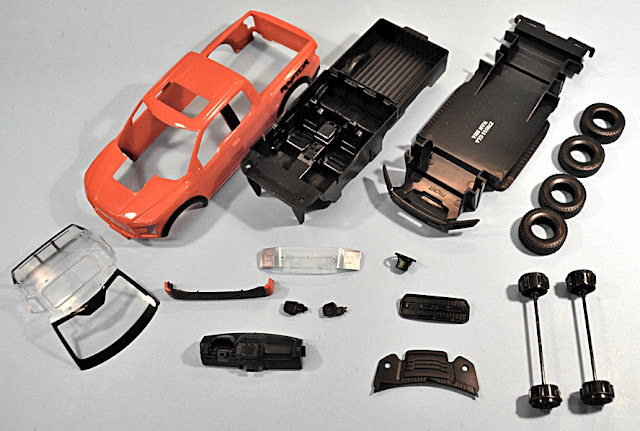 I decided to give the Raptor a mild custom appearance with another body colour. It is a relatively straightforward job to spray the whole thing.

The body (below) has been sprayed in the new shade, Testors Flaming Orange. Once the new paint had dried thoroughly, I masked off the body, so that I could overspray the wheel arches with Humbrol Satin Black. 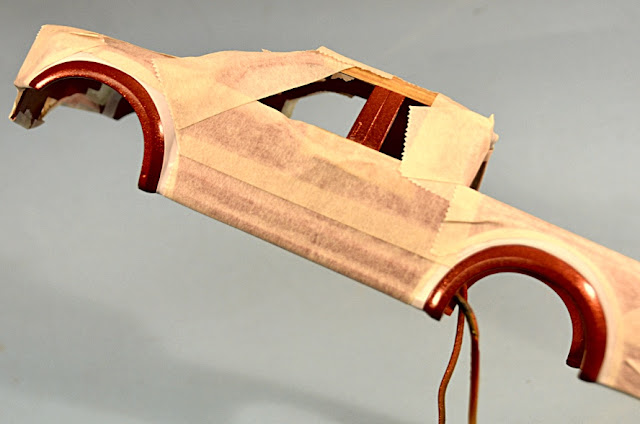 The only thing less easy to reproduce is the Raptor name prominently over the rear wheels, though not all versions carry these. 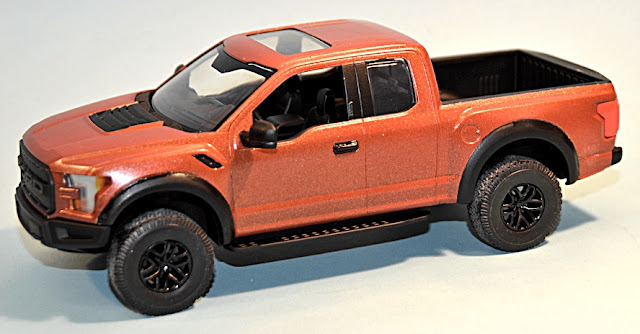 The Raptor's front grille, hood insert and interior are black, so I also oversprayed these with Humbrol Satin Black. I finished off the chunky wheels with a coat of Testors Classic Black, which gave them a high-gloss finish. 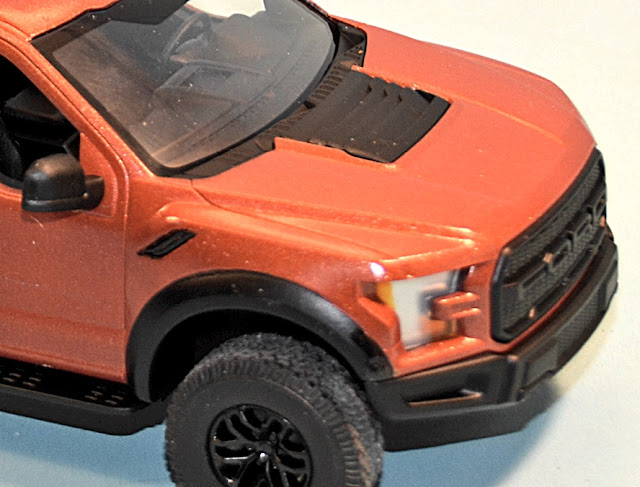 Summation
And that’s about it really. After the paint has dried, the Raptor snaps together in a few minutes. Fit and finish is exemplary throughout the brief assembly process, after which you end up with an authentic-looking 2017 Ford Raptor, at least on the surface. Until a kit manufacturer makes a fully-detailed kit, this Revell SnapTite miniature is about the closest you are going to get to a 1:25 scale replica Raptor. 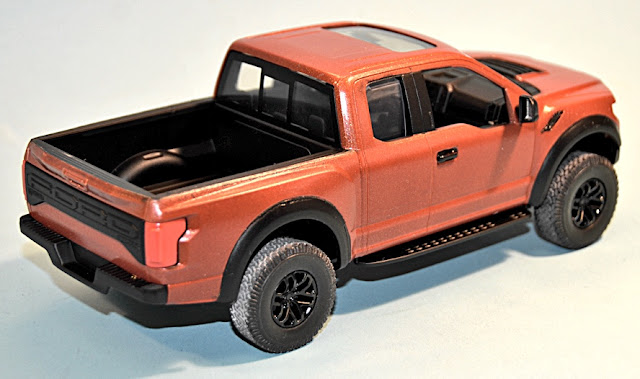 SMN note: The real Raptor is quite a beast. The short video below gives you an idea of the rough terrain that's meat and potatoes to this monster machine. Def want one.