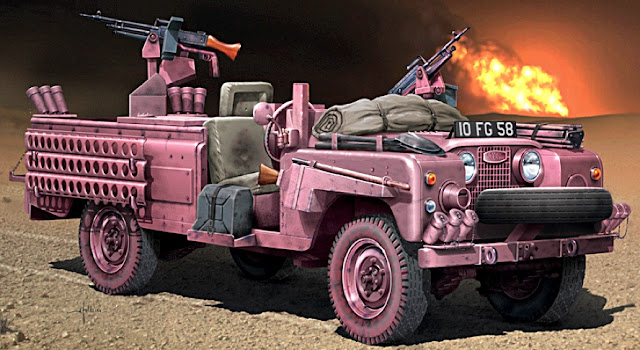 THE LAND ROVER is one of the best known off-road British vehicles, and this Italeri kit models the military version, as used by the SAS (Special Air Service) on operations in the Middle East. 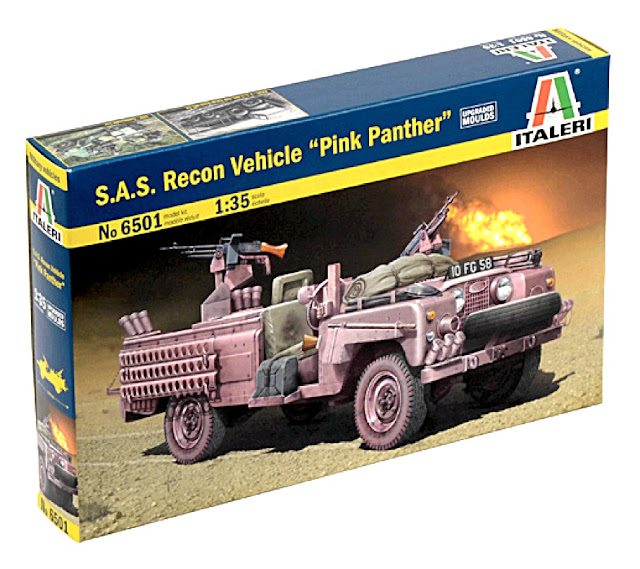 The Italeri Land Rover kit is nicely presented and moulded, albeit when assembled it's not that large. Even at 1:35 scale, the finished model will sit comfortably in the palm of your hand. But Italeri has worked hard on the kit, and it is packed with satisfying details. 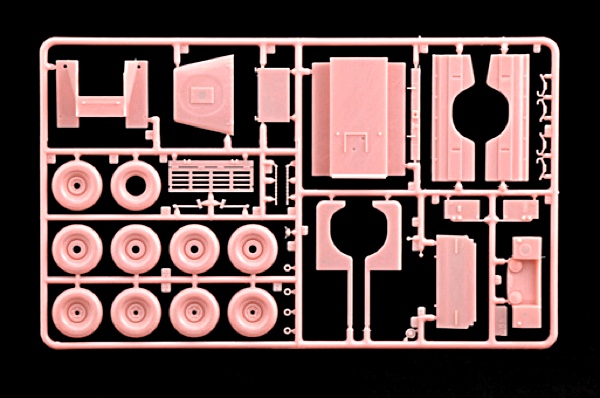 Components include machine guns, fuel can, smoke and flare dispensers. On the rear flanks hang lengths of perforated metal, which can be used as ramps to enable the Land Rover to escape safely if it sinks too far into soft sand. 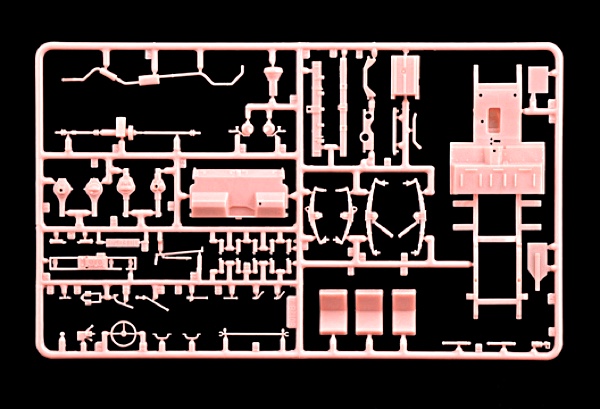 We have only one moan, so far as the kit is concerned - you’ll have to supply your own crew, as Italeri hasn’t seen fit to include any humans in the box.

Note to Italeri: how about releasing another kit that includes a steely-eyed set of SAS personnel?! 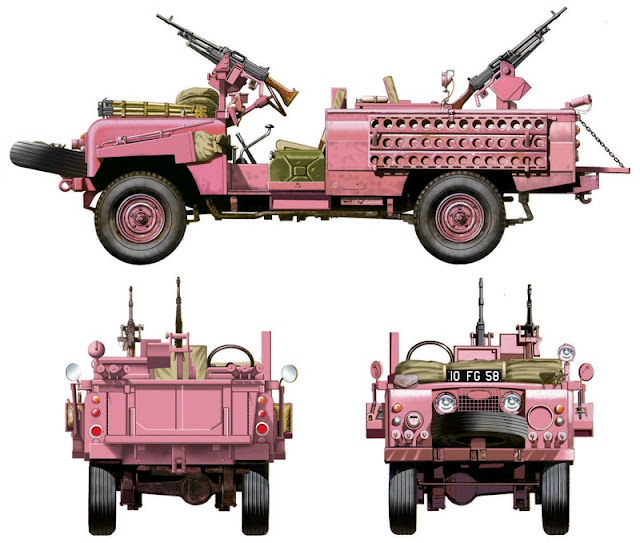 About the Land Rover
The prototype Land Rover was assembled in 1947, to meet both civilian and military tasks. Inspired by the US Willys Jeep, the Land Rover was equipped with full-time four-wheel drive, coupled with an ultra-strong frame. These two characteristics meant that the machine was successful at tackling even the most difficult and demanding terrain.

Watch this entertaining video to see how a used Landie tackles a through-the-waves drive across a bay in the Outer Hebrides, Scotland - it’s eye-popping stuff!

The Land Rover - aka Defender - is now out of production, even if there is at least one entrepreneur who wants to continue the idea by producing a similar vehicle. The Land Rover company, also known for its Range Rover and Discovery vehicles, is working on a replacement, though no launch date has been set.