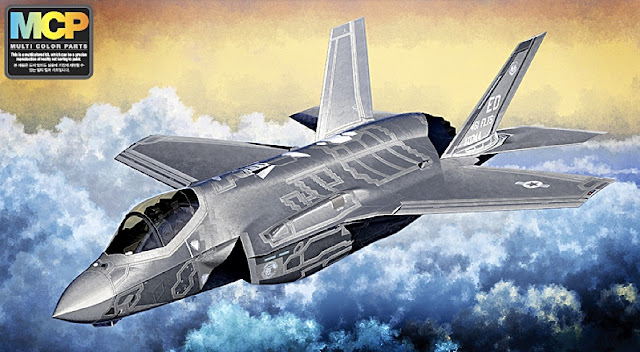 THE LOCKHEED MARTIN F-35 LIGHTNING II has had a long, expensive, and troubled development. However, the stealth aircraft is finally heading to operational service. For model makers, that means building a kit of the twin-fin stealth machine.

SMN report: There are several F-35s available, in various scales. The Academy F-35A version shown in the how-to videos (below) is moulded in what is still the most widely built model aircraft size, 1:72 scale. 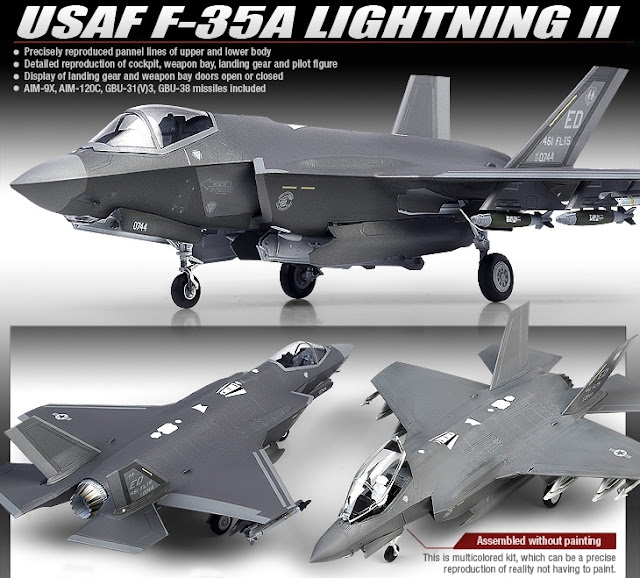 The Academy kit comes in multi-coloured plastic (above) which enables the company to claim that you can build one without needing paint. And that's OK for beginners, or for those who simply want a desk-top display model, but to have any form of realism, it's the traditional skills of careful painting and weathering that will transform a 'box of bits' into a decent scale model. 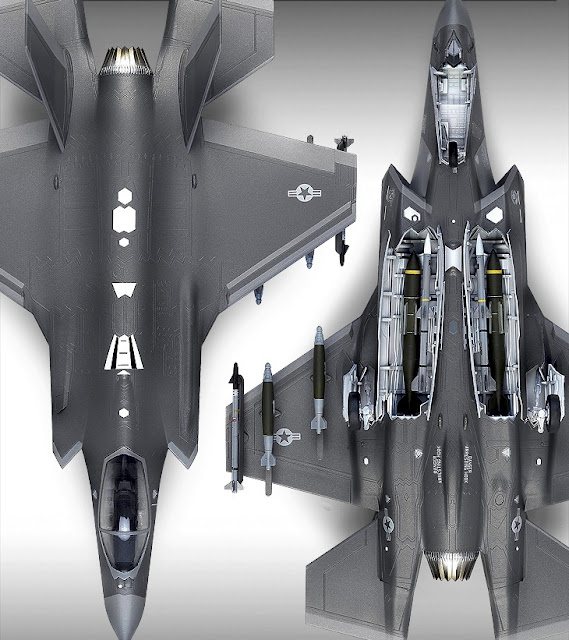 As a stealth machine, the F-35A has internal bays for weapons carriage, thus keeping the radar-proof contours of the aircraft in working order. However, hang some ordnance under the wings (above) and you end up with a non-stealthy aircraft pronto. Looks good in model form, though in real life, a pilot wouldn't wish to be flying in contested airspace with 'dirty' wings. 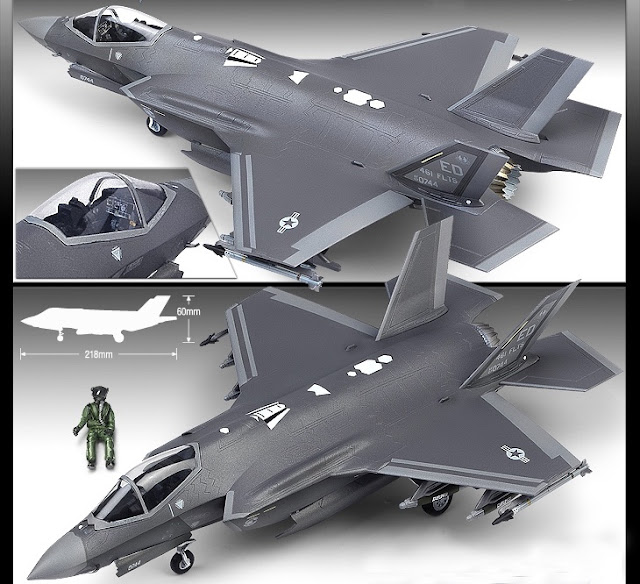 The Academy 1:72 scale F-35A looks an attractive kit, even if the real thing has a dumpiness which means it's no beauty. 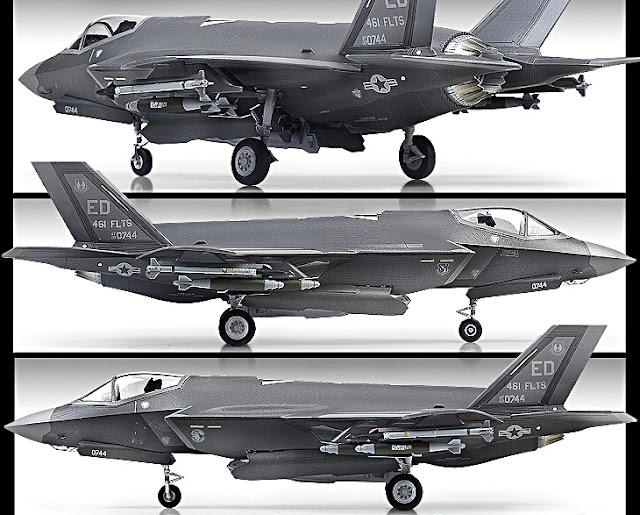