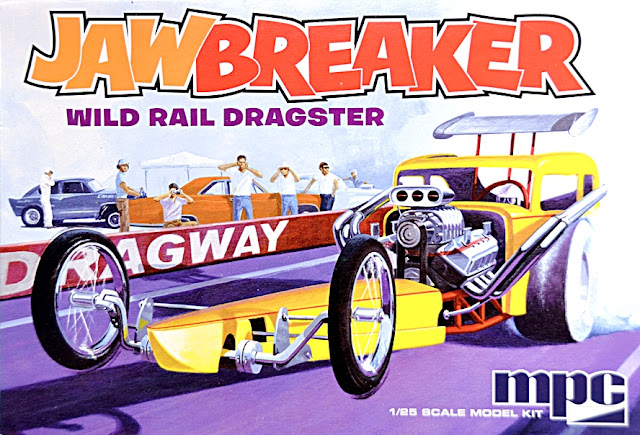 MODEL CAR BROCHURES used to be full of dragsters, those race cars built to make a quarter-mile run down a strip in the quickest time. Over the years, dragster kits dropped out of favour, but Round 2 is bringing them back, using its AMT and MPC moulds.


Mat Irvine: The Round 2 Jawbreaker, subtitled as a 'Wild Rail Dragster' is one of these reissues, this one from the MPC list. The car may be listed as a WRD, but if you want to be picky, it’s actually an ‘Altered,’ as it features the semblance of a stock car body, in this case from a 1932 Ford Victoria. This would mean running in a different class, though if you leave off the bodywork, then yes, it could run as a top-class fuel dragster.

Box side panel (below) depicts an alternative colour scheme. There are no figures in the kit, which is perhaps a pity, though suitable figures are available from aftermarket companies. 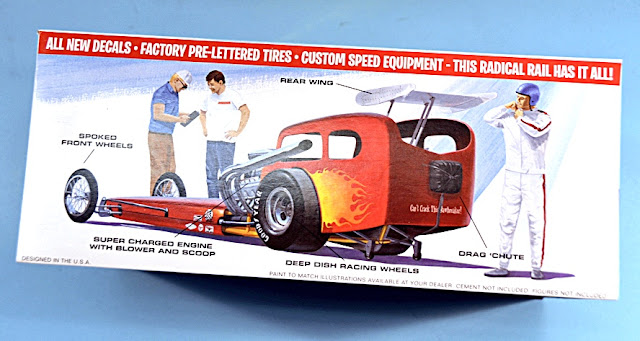 The assembled engine and chassis (below). The only addition is that I added a set of plug leads to the engine. The long exhaust headers are pictured here, but they get slightly impeded by the bodywork, so were replaced later with shorter ones, also supplied with the kit. 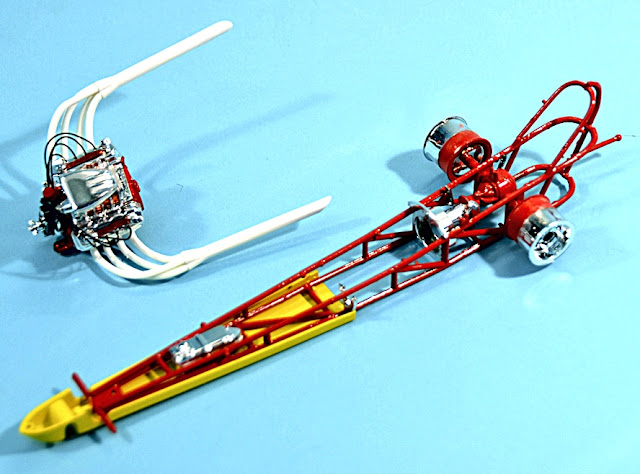 The kit is straightforward to build, though a bit fiddly in places because of the thin steering linkages that need to be attached. The engine seems to be a classic Chrysler Hemi V8. It’s not specified by MPC as such, but it’s going to be around 7 litres (400 cu in). There is also a GMC blower - a belt-driven supercharger - perched on top.

Front bodywork (below) with the Victoria (also affectionately known as the ‘Vicky’) body, and rear spoiler.

Although the kit is a reissue, it has an excellent set of new tyres. Round 2 has tooled up a series of tyres for many of these kit reissues, including the excellent Goodyears supplied with the Jawbreaker. They use far thinner vinyl than in the past. 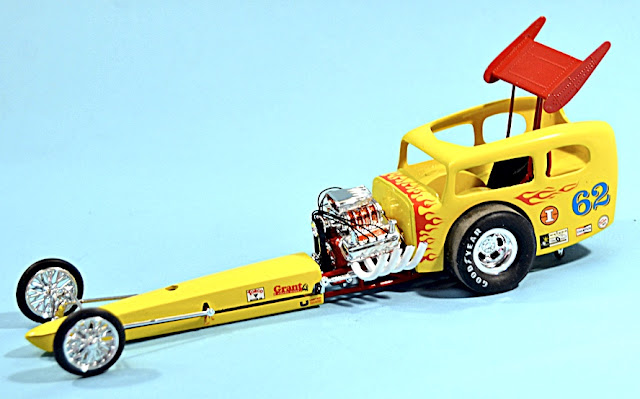 The completed 1:25 scale model (above, below). If you leave off the Vicky bodywork, you basically have a standard rail dragster.

When fully assembled, the Round 2 MPC Jawbreaker becomes an ideal subject to use in a diorama. If you can, try using the old AMT Drag Strip Accessories set, which will provide the contemporary equipment needed for a convincing display. 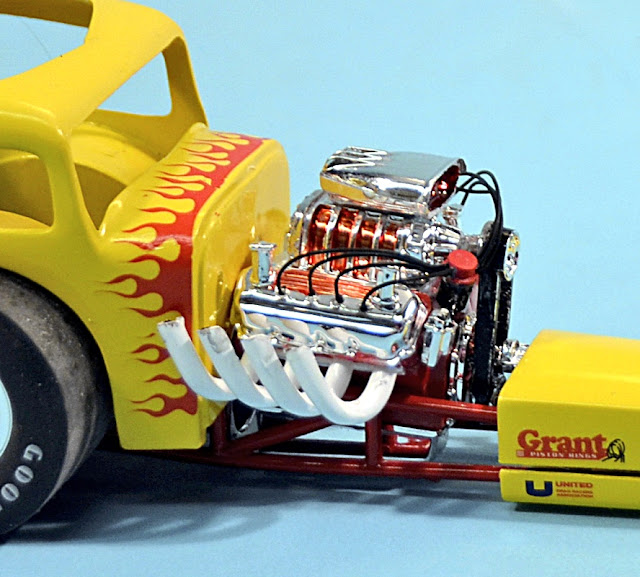 The diorama setting (below) uses the AMT Drag Strip Accessories set, which includes the tripod-mounted contemporary TV camera shown here. The pickup truck is an AMT 1950 Chevrolet, the mechanic came from a Hasegawa set. The fireproof-suited driver figure was made by Tyresmoke, though it is now unfortunately long out of production.