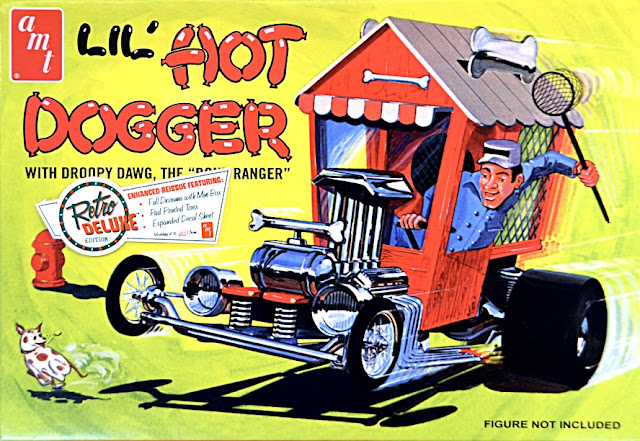 THE AMT LI’L HOT DOGGER AUTOMOTIVE KIT is a reissue of a ‘fun’ kit that AMT produced in the 1970s, but which hasn’t seen the light of day since.

Mat Irvine: Based around a dog-catcher theme, Lil’ Hot Dogger show rod utilises the chassis and engine used in other similarly themed kits, such as the Roamin’ Chariot and Lil’ Stogie. So you get a traditional V8 engine, tall injector stacks and air scoop, skinny motorcycle wheels for the front, and a pair of large drag slicks for the rear. New box-art recreates the original. A ‘Retro Deluxe’ sticker is affixed to the shrink wrapper.

Box side panel (below) shows the main design, plus a number of excruciating puns. 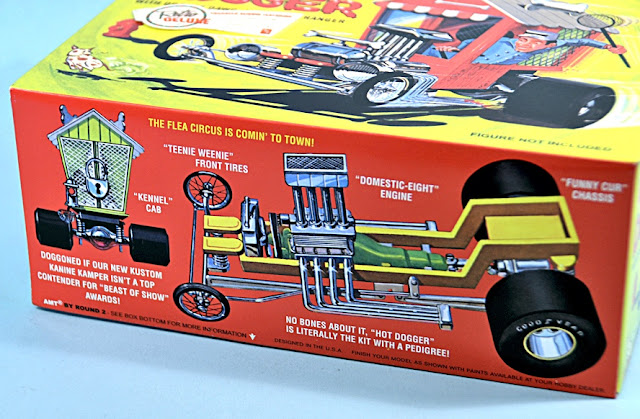 The canine contributions to the kit include the body as a dog kennel, though other doggy items are mostly bone-shaped, such as the radiator cap, gear shift, and bench seat. Other accessories include a catcher pole and an animal cage; the rear light is in the form of a fire hydrant. As the box states (and more’s the pity) the prominently-shown dog catcher is not included, though you do get a 'Droopy Dawg Bone Ranger' to sit in the rear cage, and a dog bowl is included.

Opposite box side panel (below) shows more details - and more puns. 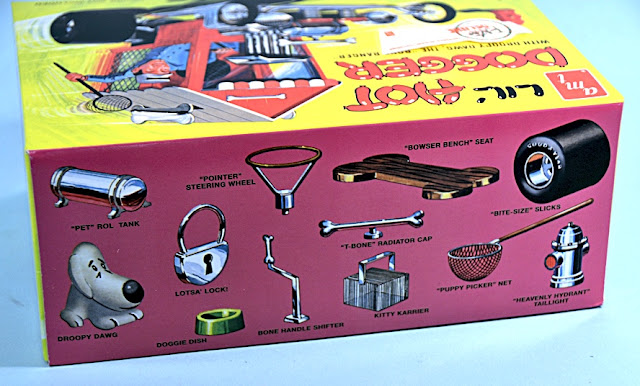 This is basically a recreation of the 1971 kit, but there are some additions, as is now common with these re-releases. Components (below) include transparencies that are moulded in blue as well as clear, and newly-tooled rear slicks with pre-applied lettering. 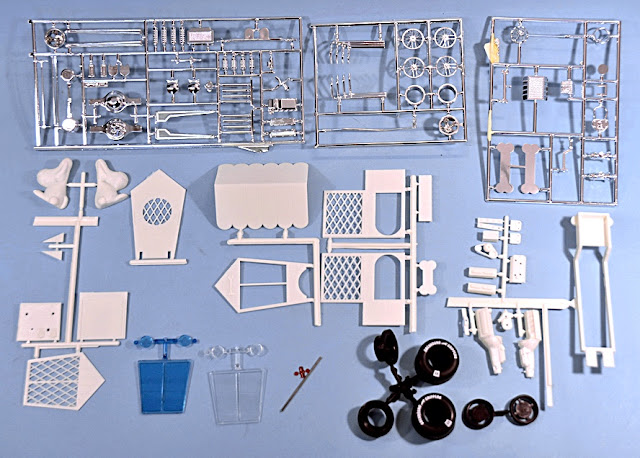 An unusual included from Round 2 is a card display base that echoes the box-art. This is similar to one of the in-store displays that model companies once supplied to hobby shops.

A pre-cut card base folds to provide a road base. A section of sidewalk has a fire hydrant, and a two-dimensional figure, in the form of the small pooch shown on the box-art. A vertical backdrop supports a miniature box that crowns the finished assembly. 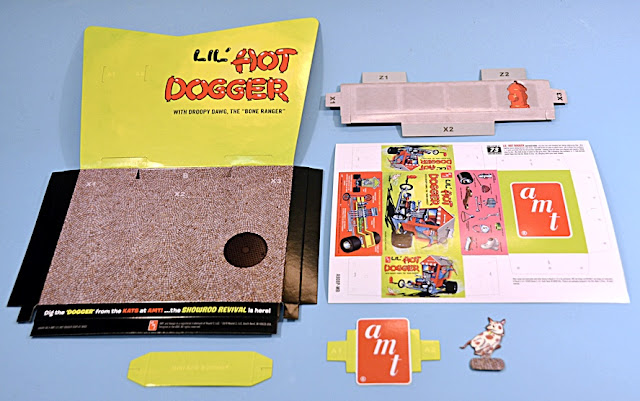 The completed kit (below). Colour and finish are up to you - as shown on the box, or your own scheme entirely. There is no 1:1 scale show car to match, so colours are a matter of choice. 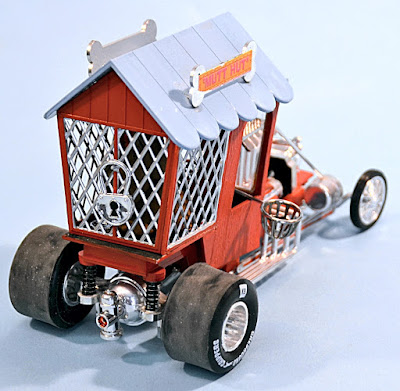 With the rear door and roof removed (below) Droopy Dawg is revealed sitting inside. 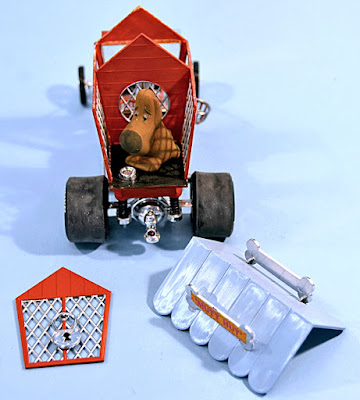 Card parts assemble to form the miniature box and display base (below). This is an extra that transforms the kit when it comes to display. 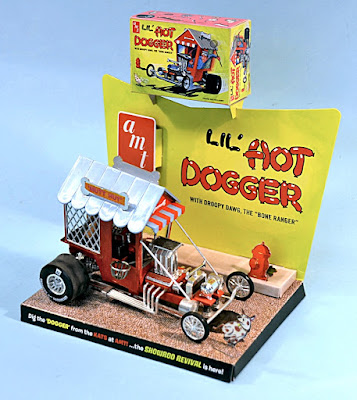 Another view of the completed kit (below) which looks impressively colourful. 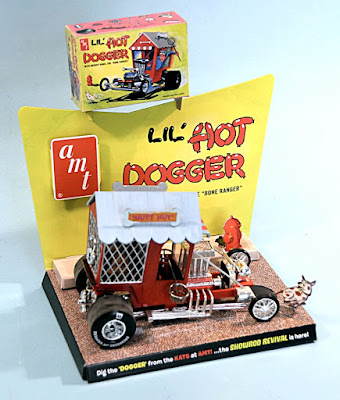 Summation
A nice kit, even if the dog catcher figure is not included. The display base is an extra feature that helps the finished thing really stand out from the crowd. A great kit for anyone with an interest in automotive retro-style from the 20th century.