THE ERA OF CLASSIC CAR CUSTOMS seems to be passing, with the deaths of such well known names as Ed Roth in 2001, Dean Jeffries in 2013, Mike Alexander in 2014, and George Barris, self-styled ‘King of the Kustomizers’ in 2015.


Mat Irvine: So it’s the right time for a biography of George Barris to be published. And the 500 colour pages of King of the Kustomizers: The Art of George Barris certainly do him justice. The book jacket (header) shows George Barris with his most famous creation, the TV Batmobile.


Barris created some of the wildest custom cars, and although there have been other books about him, this one is probably going to be the definitive title. The book is authored by George’s son Brett, together with Douglas Nason, an anthropologist with a keen interest in American culture of the period. The two have produced a book that covers just about everything you might want to know about George Barris and his kustom creations.

The back cover (below) illustrates some of the chapters inside the book. 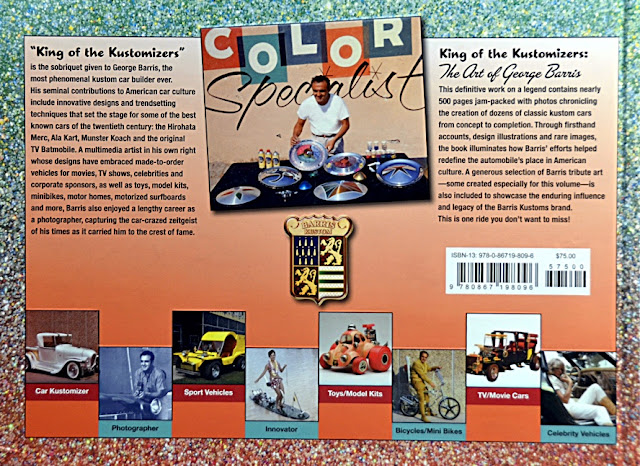 The book details the early days, including George and his older brother Sam’s times setting up Barris Customs, though George was left to continue by himself when his brother died in 1967, aged just 43. Then there was the devastating fire that wrecked the shop in 1957, though Dean Jeffries (who rented space there) was first on the scene and managed to rescue at least one car.

There’s a section on one of George’s most famous early creations, the Ala Kart (below), chapters on cars for TV and the movies, cars made for Hollywood stars themselves, plus areas that Barris is less well known for, such as photography. 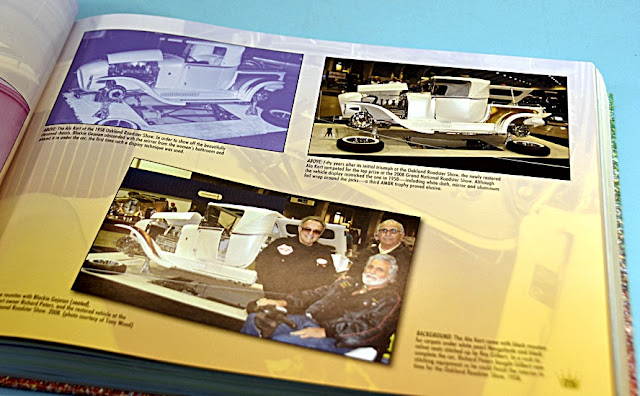 The Raider Coach (below) was produced for the pop group, Paul Revere and the Raiders. It’s a vehicle that has been made as a kit by MPC. 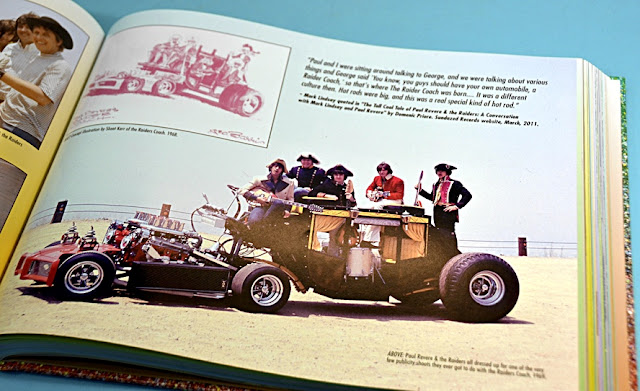 There’s a complete section on George’s best known creation, the TV-series Batmobile. Many pictures show how the car was kustomized, using the Lincoln Futura dream car as the basis. 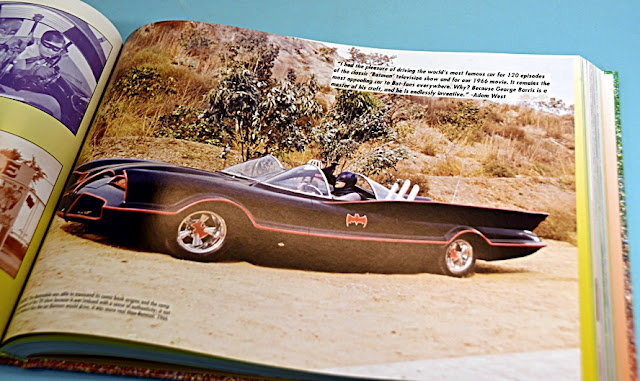 The Car (below) featured in the movie of the same name. Three Cars were built, though none survived. 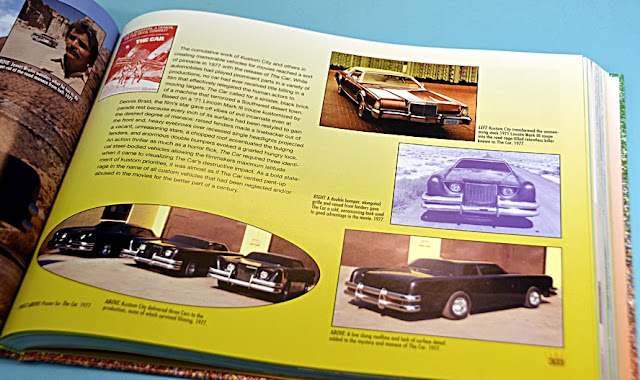 And of course there is the Barris connection with the model car industry, primarily with AMT. Look at virtually any AMT kit instruction sheet from the early 1960s, and George will be featured there, giving hints and tips. But models of his creations were also produced by MPC, Revell and Monogram. He also wrote regularly for Model Car Science magazine.

George Barris (below) with (inset) one of the AMT 1961 Annual Car range. 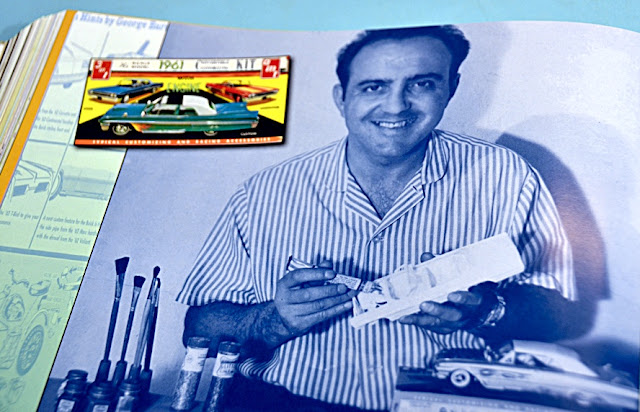 There are chapters on the perceived rivalry between George and Ed Roth, especially with their futuristic hovercraft concepts. Ed Roth came up with the Rotar, while and George Barris conceived the X.P.A.C. 400 Air Car.

Two more Barris creations were the Surf Woody (below top) made as a kit by AMT, and the Beverley Hillbillies Television Truck was kitted by MPC. 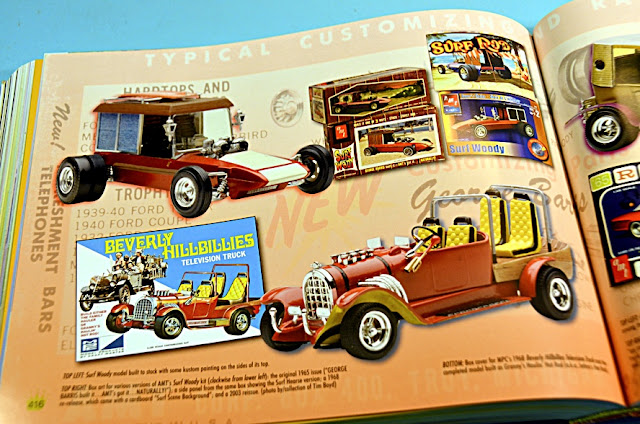 Summation
King of the Kustomizers: The Art of George Barris is about as complete a book as you could wish. About the only thing lacking is an index, so if you want to find a particular car, you have to leaf through the whole book - but perhaps that’s no bad thing!