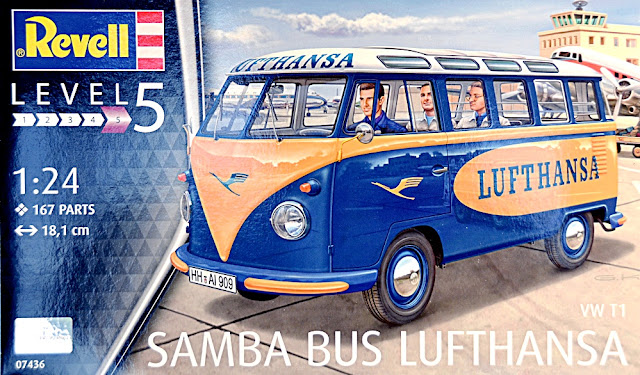 THIS IS ANOTHER ISSUE OF REVELL’S 1:24 SCALE KIT OF THE ICONIC Volkswagen Samba, also known as the Combi, Microbus, T1, or just plain ‘Bus.’


Mat Irvine: This is a surprisingly complex kit, far more so than the older version issued in the late-1950s, and which performed sterling service for Revell until this latest release. Interestingly, both old and new kits feature a multi-piece body, a tooling approach that was common with older kits, but is less so today. In fact, the VW Samba lends itself to having body panels as different parts, though the Hasegawa 1:24 scale VW Bus does use a one-piece body, even if it is less detailed.

Components (below) are moulded in white, silver-grey and blue-grey, plus clear and chrome. 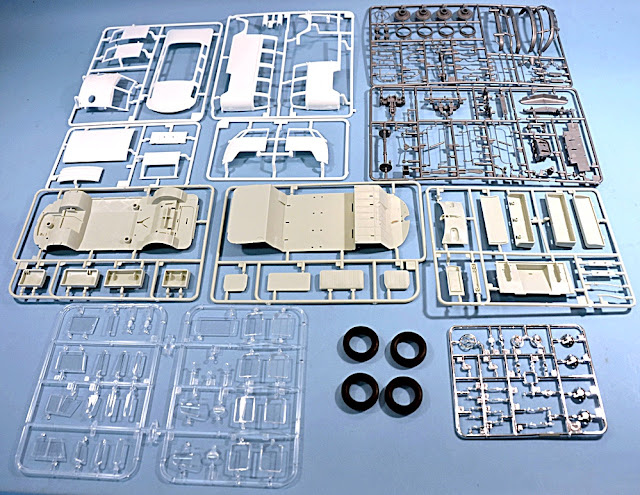 For this Revell Samba, the emphasis is on the blue-and-yellow Lufthansa colour scheme. Lufthansa yellow is a dark yellow, with a touch of orange, but the box illustration looks a bit too dark. Fortunately, the decal sheet looks more accurate. The finish idea is that the blue is sprayed on, the yellow being on the decal sheet. The roof should be painted gloss white.

Front page (below) of the comprehensive instruction leaflet. 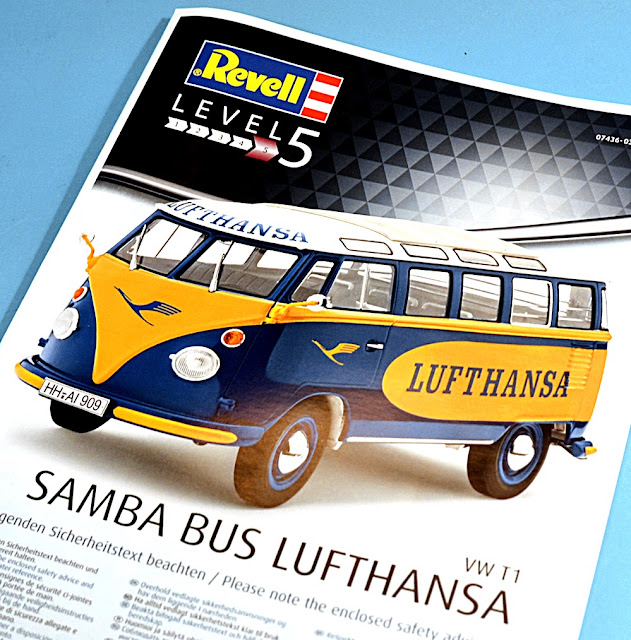 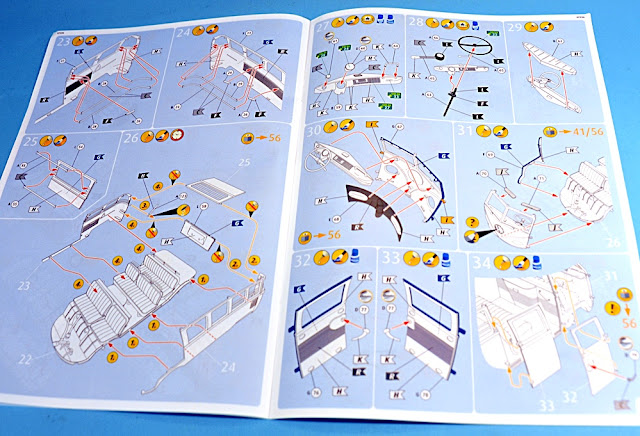 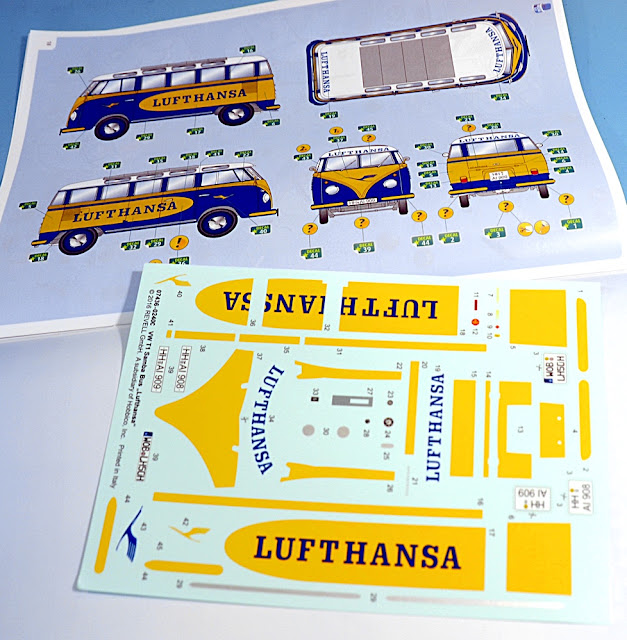 Summation
This kit is not an easy build, Revell listing it at the highest Level 5. But the finished result is certainly a vehicle with a difference. For full details of putting the kit together, I will (modestly) point you to my book Scale Car Modelling (see 'My Picks' ad at bottom) in which I cover a complete build of a non-airline version.

Just one thing, after you have finished - you really need a 1:24 scale Lufthansa aircraft to set off the Samba nicely!

SMN note: A 1:24 scale Lufthansa aircraft? Now that’s a problem, so you might be better off to display this VW against a photographic backdrop, which ought to get over the issue of size. 1:24 scale figures aren’t too difficult to source, and the German company Preiser offers a selection of civilians to this scale. They will be necessary, as none are provided in the Revell kit. If you want a uniformed crew figure, you’ll almost certainly have to go the modification route.

Figures certainly add a sparkle to a bus model. Have a look at the Tintin model coach (below) and click here for more at SMN to see what we mean. 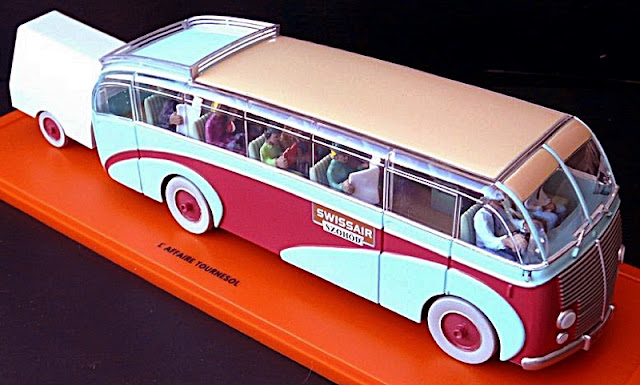