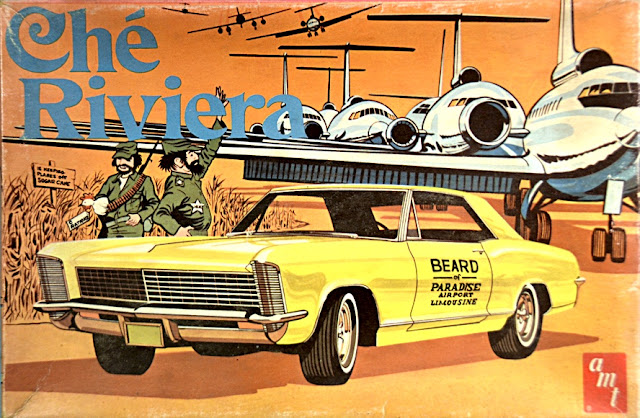 THE THAWING OF RELATIONS between the US and Cuba brings to mind an interesting set of car kits, released by AMT in the 1970s.


Mat Irvine: Although not officially named by AMT, the car kit set is generally known as the Cuba (or Havana) Trio, being three kits with a heavily Cuban theme. However, they were simply three of AMT’s 1965 Annual kits, the only actual Cuban connection being themed box-art, plus a set of decals common to all. Theming was a method AMT used with a number of other kits and series. 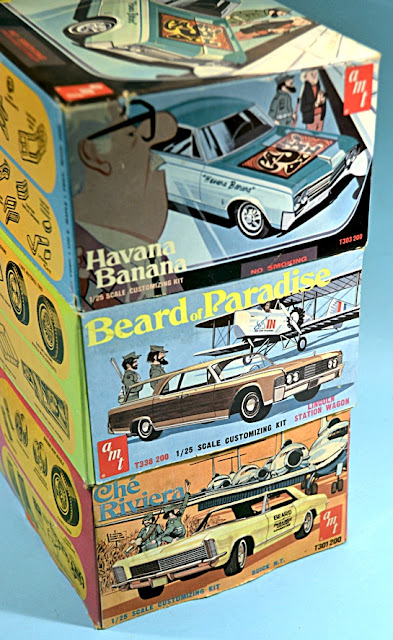 The cars of the Cuban Trio consisted of a 1965 Buick Riviera, renamed as Ché Riviera, a 1965 Lincoln Continental, now the Beard of Paradise, and a 1965 Oldsmobile Dynamic 88, called the Havana Banana. If you study the box-art (below) the cars are also shown with aircraft, though the reason for a specific auto-aero link is unclear.

Ché Riviera (above) is a 1965 Buick Riviera. The Beard of Paradise (below) is a 1965 Lincoln Continental. 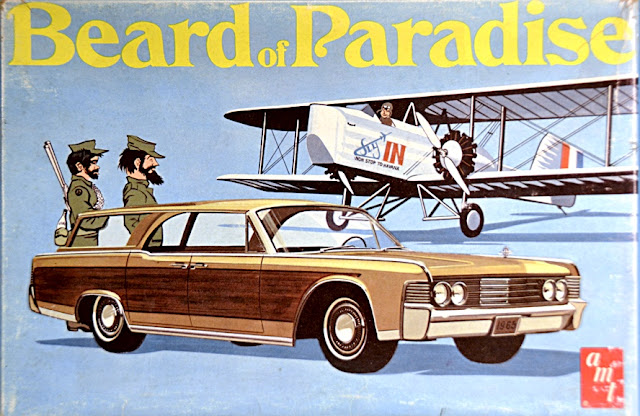 Havana Banana (below) is a 1965 Oldsmobile Dynamic 88, and is the rarest of the three kits. 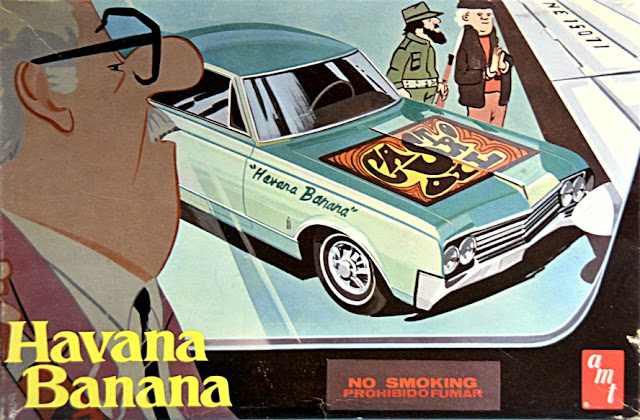 The Cuban Trio kits were absolutely as previously released, so you got all the original stock and custom option parts, as depicted on the box side panels. The Lincoln included a station wagon option the Oldsmobile a rocket trophy, and the Buick could be built as the Villa Riviera, star car from the 1964 beach-party movie For Those Who Think Young.

Side panels (below) show stock and custom versions, and ads for AMT excellent custom lacquer finishes. 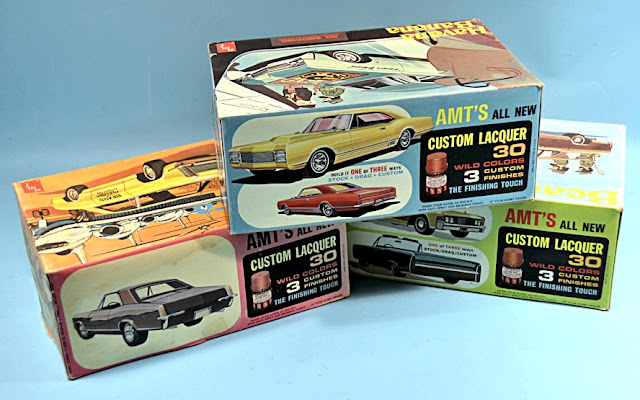 Although long out of production, all these cars can be found from time to time at online auction sites. The Buick and Lincoln are actually relatively common, and can usually be purchased at ‘reasonable’ prices, but the Oldsmobile will usually cost a lot more. This is because the first two have been issued and reissued quite a few times, so if you just want the stock kit, there are other non-Cuban Trio options. But the Olds was issued only as an Annual kit or as the Havana Banana, consequently pushing up its price.

Other box side panels illustrate the optional parts included with each kit. 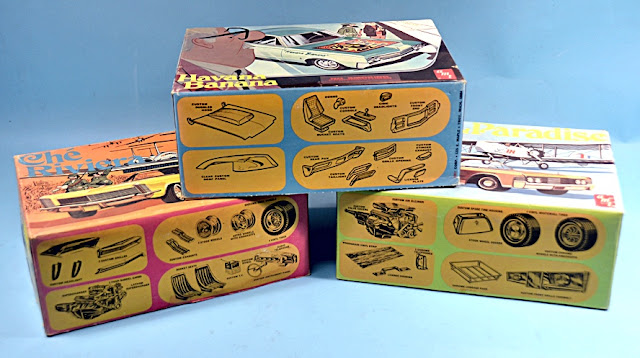 Even in the ‘cold years’ of poor relations with the USA, Cuban drivers never gave up their love of American cars. But the US severed diplomatic relations with Cuba in 1961, during the Cold War. So import restrictions meant that US cars in Cuba tended to be from the pre-Fidel Castro 1950s era.

The Cuban Trio cars (below) were exactly as previously issued as AMT Annual kits. 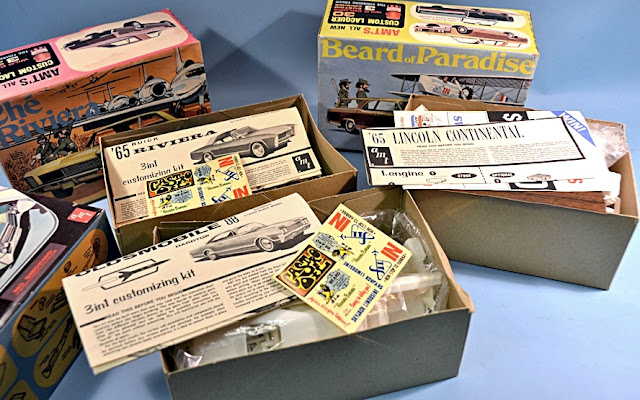 The generic decal sheet (below) is supplied with all three kits. If you want to be picky, the ‘Beard of Paradise Airport Limousine’ decal is actually intended for the Riviera, not the Continental, though is different to the logo depicted in the box-art. The Beard of Paradise decal should really be used on a biplane like the one shown on the box. 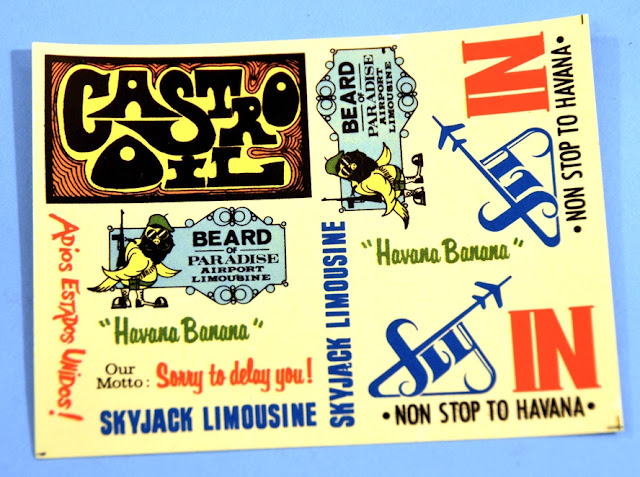 Summation
Great kits, even if it might have been more appropriate for the Cuban Trio to have been, say, a 1949 Mercury and 1949 and 1950 Fords, all of which were in the AMT catalogue. But that’s an aside - the Cuban Trio still forms an intriguing piece of model history, and are decent kits in their own right.

SMN note: Ah, Cuba! Recent pictures (below) show that these lovely chrome-laden cruisers are still rolling. Some fear that they will soon be replaced by more recent vehicles, now that trade is resuming. That may be, but it will be an automotive tragedy if the old cars are ever sent to the scrapyard. 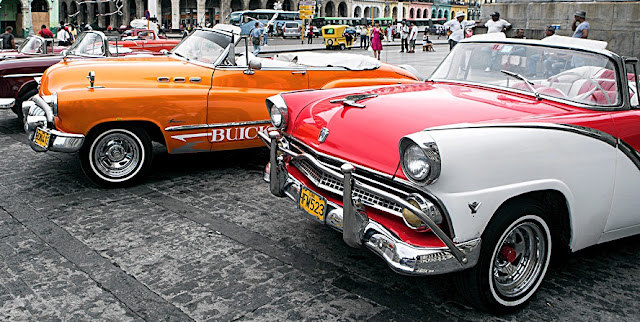 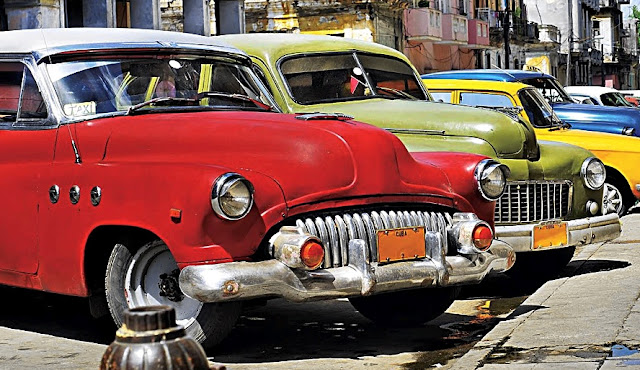 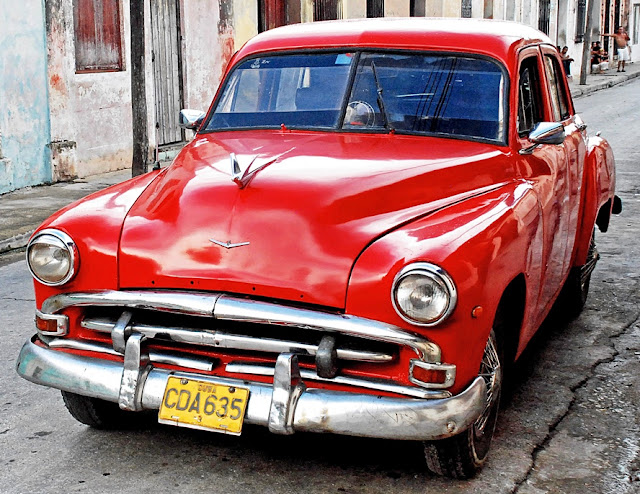 This Edsel droptop (below) must have been one of the last US cars to reach Cuba before the trade barriers went up in 1961. 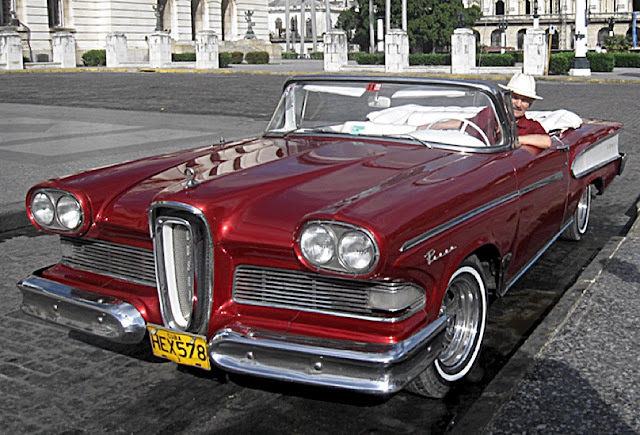