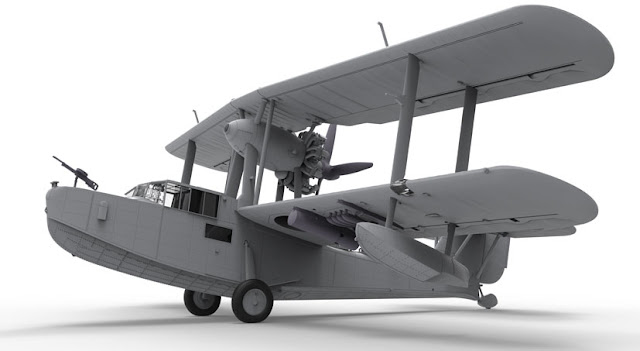 HERE’S ANOTHER TASTER FROM Airfix for new kits due in 2017. This time it’s a biplane, the ugly-but-useful Supermarine Walrus, designed by RJ Mitchell, the mastermind responsible for the famed Spitfire.


SMN report: Bravo Airfix, for deciding to make the upcoming Supermarine Walrus to 1:48 scale, as the larger size will really add to the attraction of the kit, especially where there inclusion of interior detail (below) is concerned.

As Airfix puts it: “…The distinctive and relatively complex design of the aircraft was to be reproduced in 1:48th scale, which dictated that much more of the finer details would have to be incorporated. The research team had access to original Supermarine plans and technical drawings, which would form the critical basis of the project. This would be augmented with the opportunity to inspect, measure and photograph three examples of the Supermarine amphibian at separate locations around the UK.”

Of the Walrus displayed at Hendon (below) Airfix reveals: “…This particular aircraft is the oldest surviving example of the Walrus series of aircraft and has been displayed in the Battle of Britain Hall of the RAF Museum Hendon for many years. Following the end of its RAAF military career, this particular machine passed into civilian hands and was used successfully as a small seven-seater airliner until 1970, when it was involved in a takeoff accident.”

The aircraft had a thorough restoration job: “...In 1973, the aircraft was traded for a Spitfire and came into the possession of the RAF Museum, who began a painstaking restoration. Using many parts from their own collection, the aircraft was eventually put on display in 1979, wearing an attractive early war camouflage scheme.” 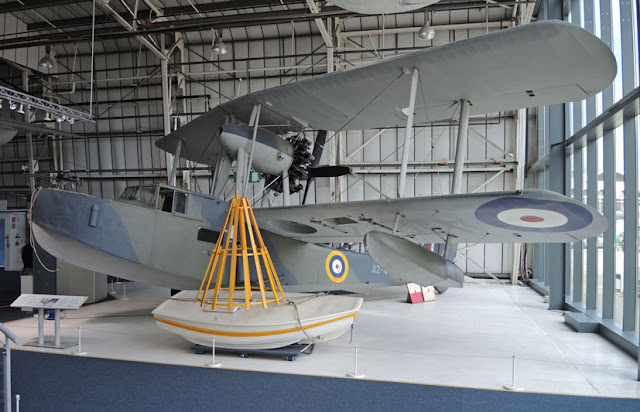 The cgi images below show that the upcoming Walrus kit will be well worth the wait. Folding wings will really make it a display model worth showing off. Wingspan will be around the 292 mm (11.5 in) mark, so even at 1:48 scale, the model shouldn’t cause many storage or display issues. 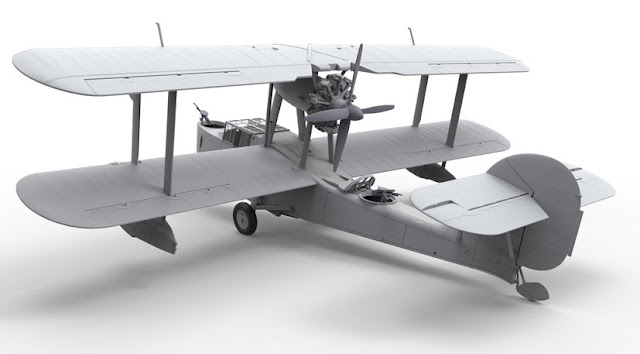 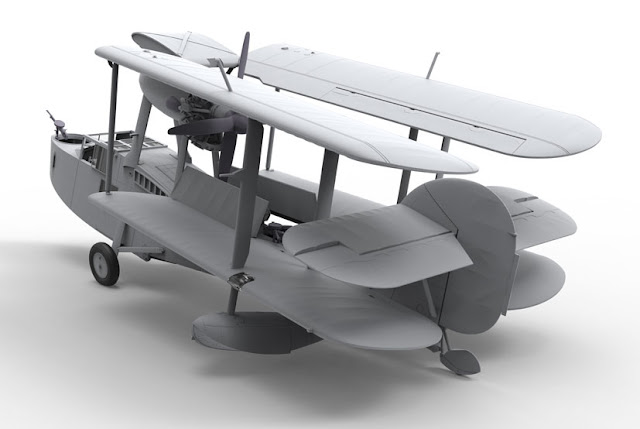 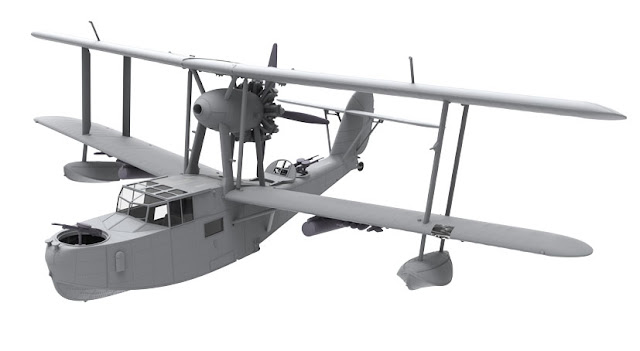 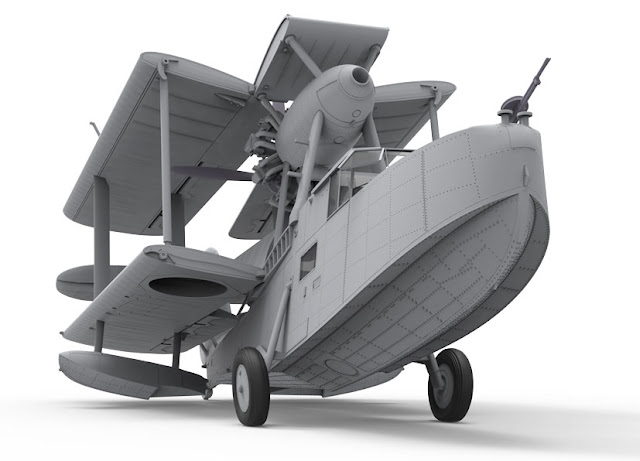 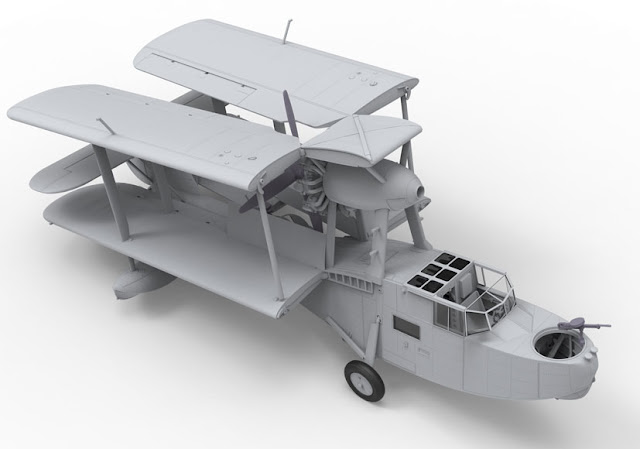 About the Walrus
The Supermarine Walrus amphibious biplane was designed by RJ Mitchell, later to achieve fame for his elegant Spitfire fighter. Despite its rather ungainly appearance, the Walrus was strongly built, the first public display revealing this when the pilot performed a loop in front of thousands of visitors at the 1933 Hendon Air Show, near London.

The Walrus was initially designed as a catapult-launched aerial spotter plane, for operations from cruisers and battleships. However, it was later used for various roles, including rescuing downed aircrew. The aircraft continued in service throughout World War II.

It was the first British service aircraft to feature a fully retractable main landing gear, a completely enclosed flight deck, and an all-metal fuselage.

Walrus (below) leaving the catapult of HMS Bermuda, in 1943. 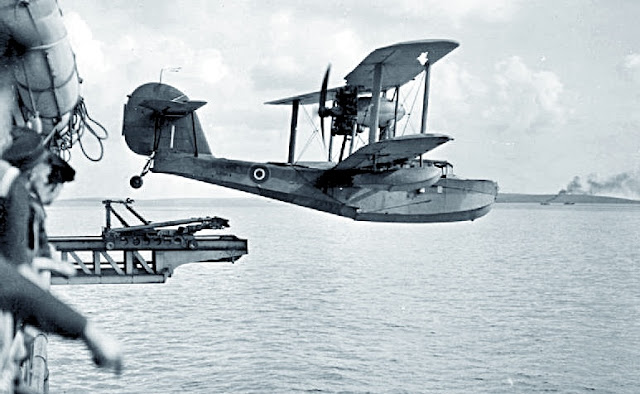 Elevation drawings (below) show the wings folded, necessary for storage in the tight confines of a naval ship. 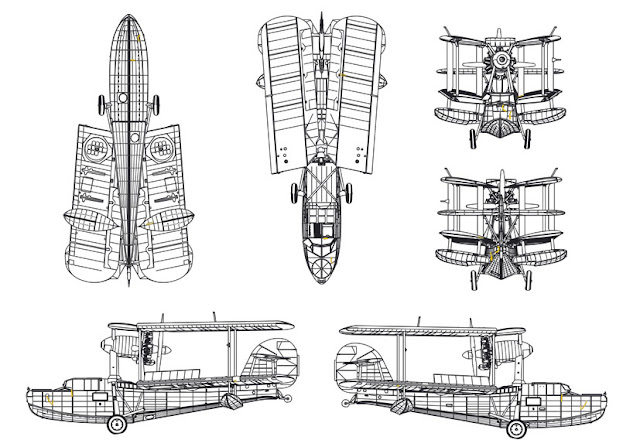 Stored shipshape on the catapult (below) of an Argentine Navy cruiser, La Argentina, 1940. 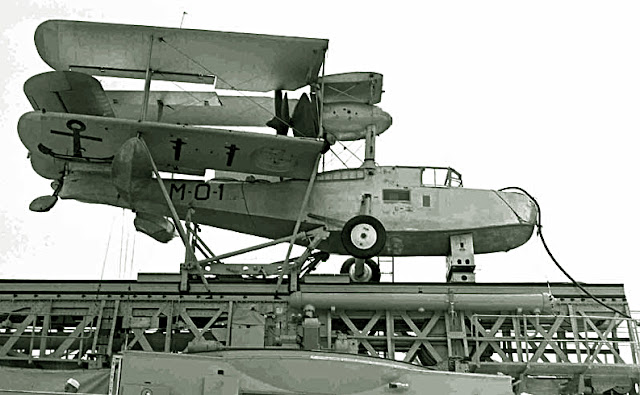 Landing on the deck of an British aircraft carrier (below) after a successful Indian Ocean rescue mission, 1940. 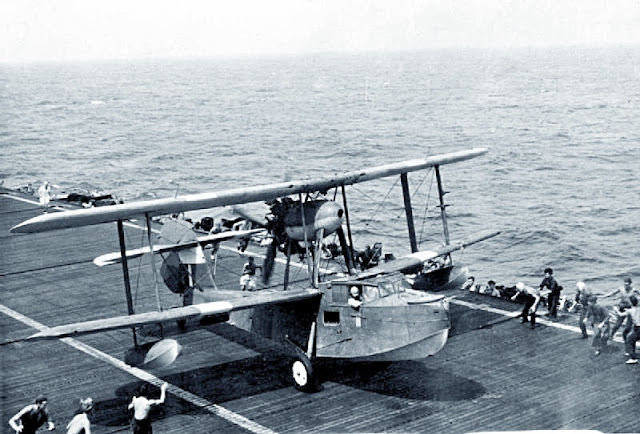 Release for the Airfix Supermarine Walrus is slated for July 2017, so biplane-enthusiasts, get ready. As 1:48 fans, we hope the Walrus will spearhead more to come in this scale.