HERE'S A NICE  LITTLE FLASHBACK movie. We particularly like the large-scale Spitfire, made for the air battle sequences in a World War II movie.


SMN report: The video includes a look at models made for Gerry Anderson, creator of famed TV series such as Thunderbirds, Joe 90, and many others.

And talking of Anderson productions, we are lovers of Japanese retro-art from that era, especially the luscious painterly style used in particular by the likes of Aoshima and Imai. So here's a mini-gallery of that art. Yum.

Thunderbird 1 (below) is the swing-wing machine that's marked out as the T-Birds flagship. 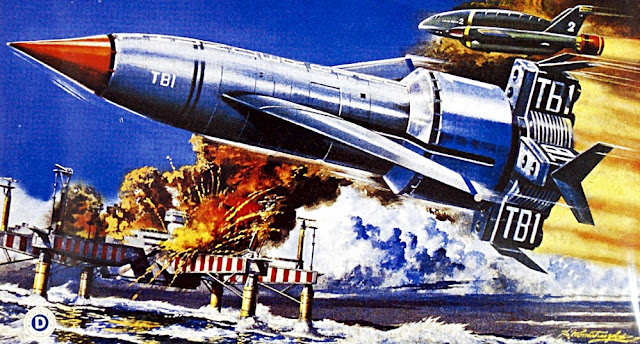 Thunderbird 2 (below) shown in action while disgorging the T-Bird 4 mini-sub. Also on view are T1 (far left), T5 (top right) and the Mole (bottom right). 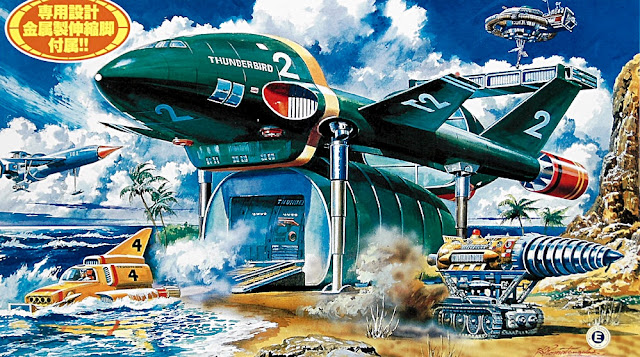 The somewhat portly form of Thunderbird 4 (below) with Gordon Tracy shown under the clear canopy. 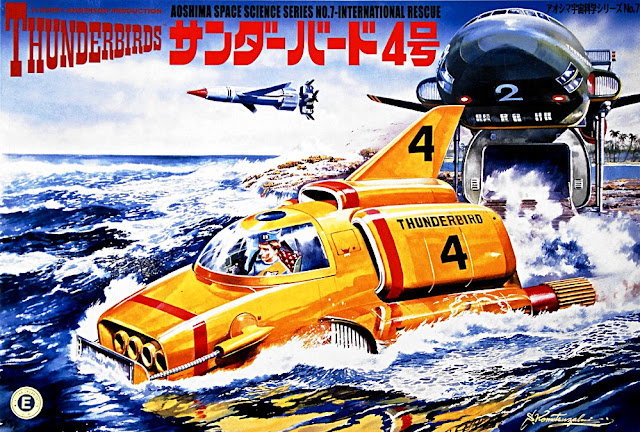 Out in space, Brains is in charge of the Thunderbird 5 (below) space station. 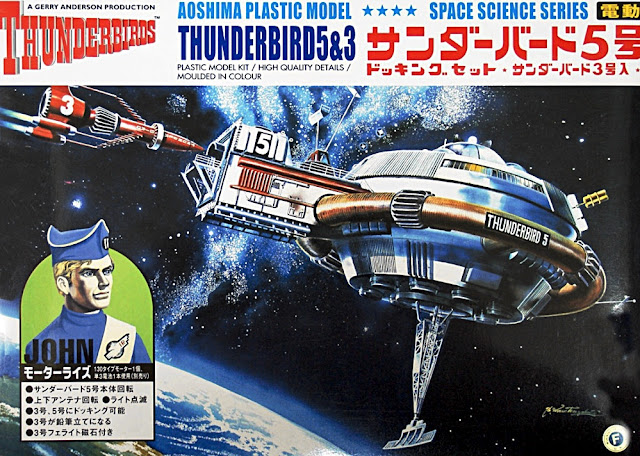 This is a curiosity. Lady Penelope's Fab-1 Rolls-Royce was always a bright pink, yet the box here shows the car in blue. Maybe that makes the kit a rare collectible. 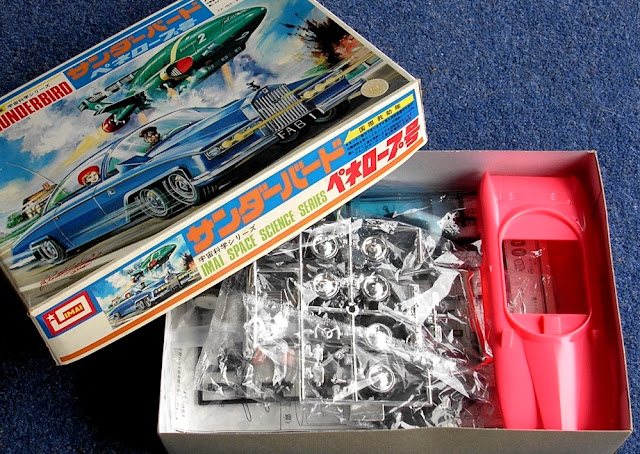 The recovery vehicle (below) was seen less than the other vehicles. 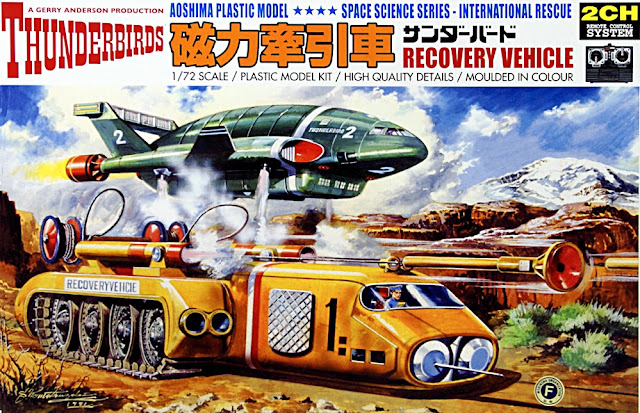 Moving from paint to photography, the later Space 1999 was a live-action production, remembered  best for the classic Eagle Transporter ships. The plot was mostly based at the Alpha Moonbase (below). 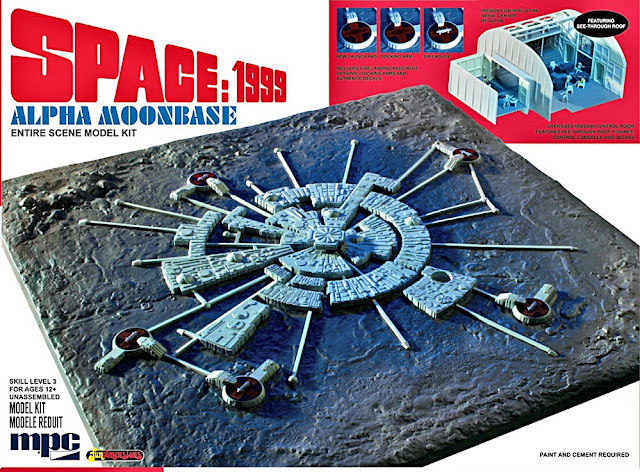 Tough-guy vehicles in the UFO series included the Shado Mobile (below), this kit from Imai. 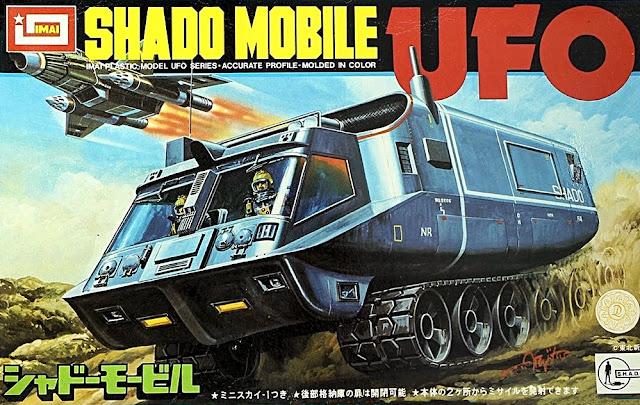 Another submarine (below) from Gerry Anderson, this one the Skydiver that featured in UFO. 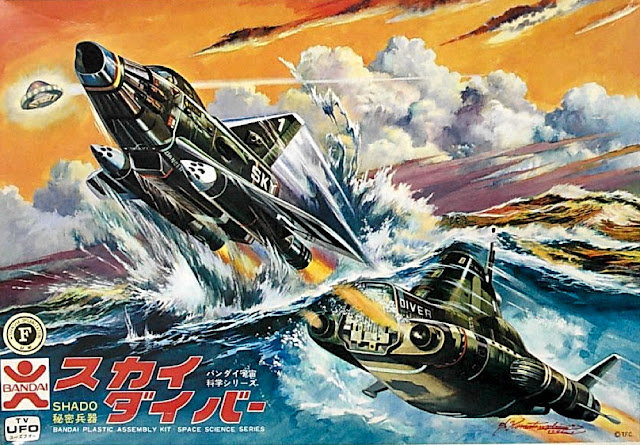 Click here to visit beautiful models of Thunderbirds and more by Keith McNeill.