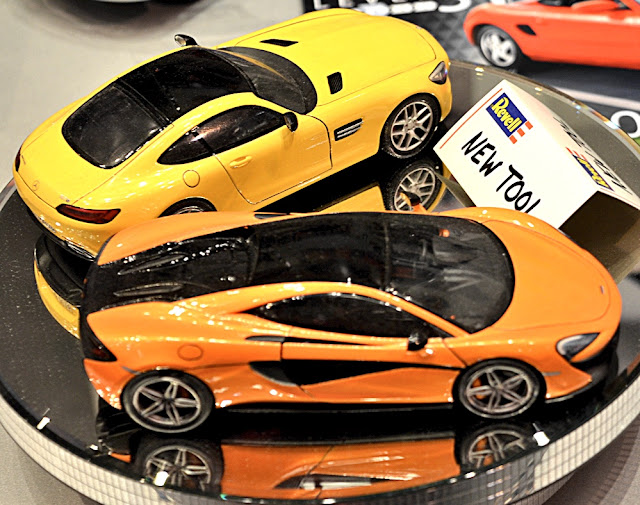 THE MAIN EUROPEAN KIT COMPANIES show us what’s up-and-coming at Scale ModelWorld. At the 2016 show, Revell served up a feast for the year to come.


Mat Irvine: It’s good to see Revell with such a strong showing at Scale ModelWorld 2016. There was plenty to look at on the stand, both from the existing range and trailing new products to come.

The Revell stand (below) showed a mixture of existing and new products. Topping the display (below) was a giant 1:8 scale 1965 Chevrolet Corvette model. Originally a Monogram kit, the Corvette is being reissued once more. 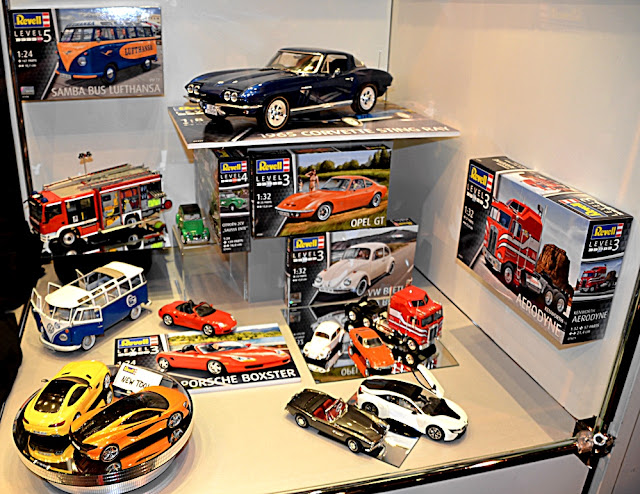 Revell continues with its Star Wars kits (below) and some craft from the upcoming Rogue One movie were on display. 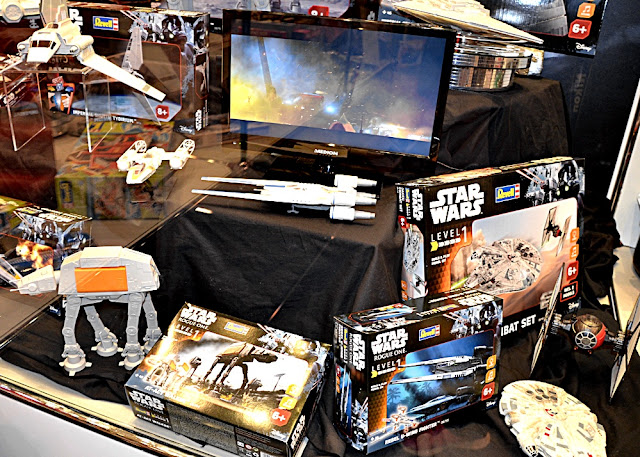 The U-Wing Fighter (below) is a new design that appears in Rogue One. 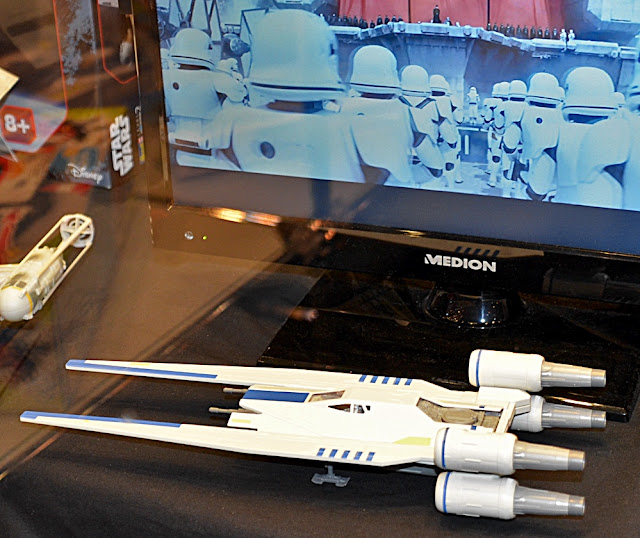 Next to a U-Wing box (below left) was a double-kit combat set, of the Millennium Falcon and a TIE Fighter. 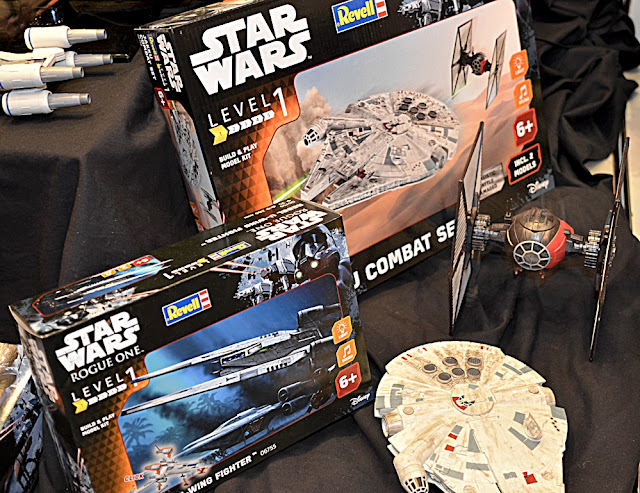 The triple-wing Tyridium Shuttle (below) continues as part of the Revell Star Wars range. 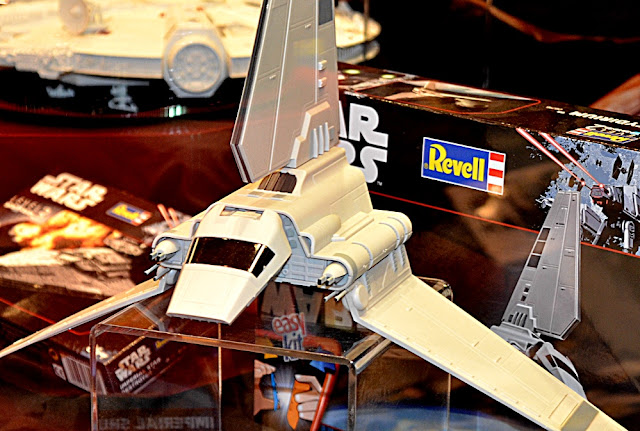 A new version of the 1:48 scale Stearman Aerobatic Biplane (below) aka Boeing Model 75 Kaydett, is ready for release. 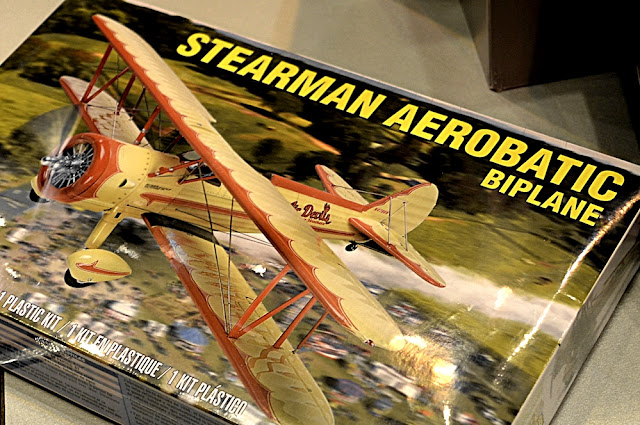 Some Revell-Monogram kits (below) that Revell-Germany is importing from the US. 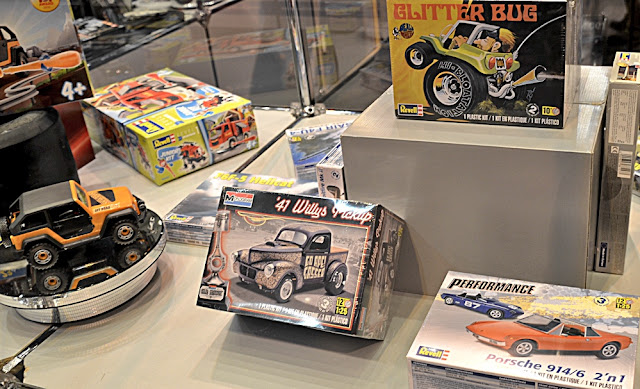 The new-tool 1:16 BMW Isetta 250 bubble car (below) represents an eccentrically iconic vehicle from the 1950s. I will be reviewing the kit soon. 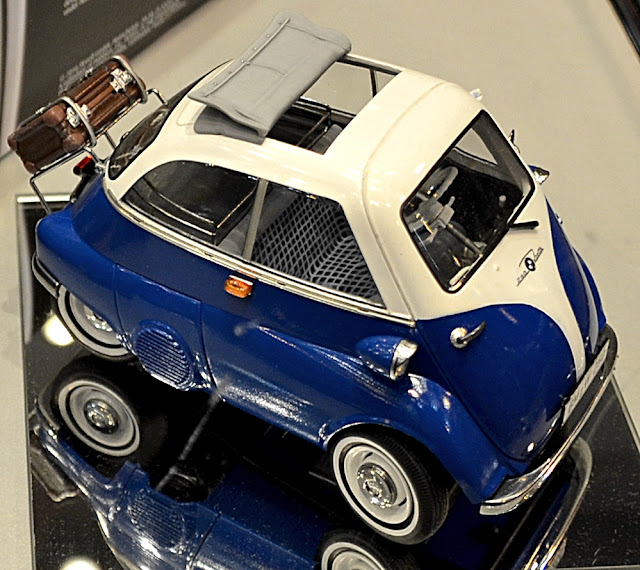 The 1:72 scale Sunseeker Predator 108 (below) is being reissued in a new box. This could be a useful kit to buy if you are a James Bond diorama fan, as the Predator 108 appeared in Casino Royale of 2006.

Here’s a variation (below) on the Revell 1:144 scale Boeing 747, newly offered in a Cargolux freighter version.

Another 1:144 scale Boeing 747 (below), this one in Iron Maiden ‘The Book of Souls World Tour’ markings. The band have flown various aircraft over the years, though all are generically known as ‘Ed Force One.’ Lead singer Bruce Dickinson is a fully-qualified airline pilot.

The 1:48 scale Eurofighter Typhoon (below) has been given a fresh treatment with exotic ‘Bronze Tiger’ markings, as seen at the NATO Tiger Meet of June, 2014. 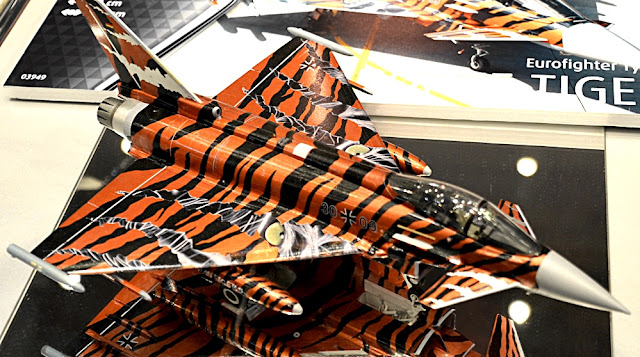 The new-tool 1:32 scale Messerschmitt 262 (below). This is a two-seat version, with radar antennas fitted to the nose.

Another retro-era vehicle, again in large 1:16 scale. The Revell VW Bus (below) comes complete with retro details such as eyebrow windows and open roof section. 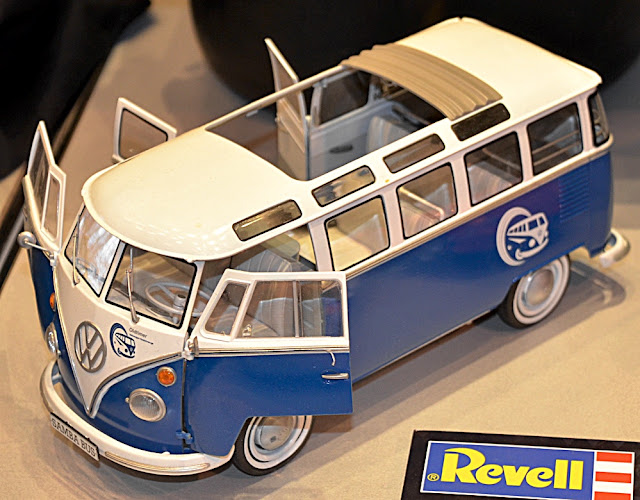 The 1:24 scale McLaren 570S (below) is a new-tool kit, not a reissue of the existing Aoshima model. 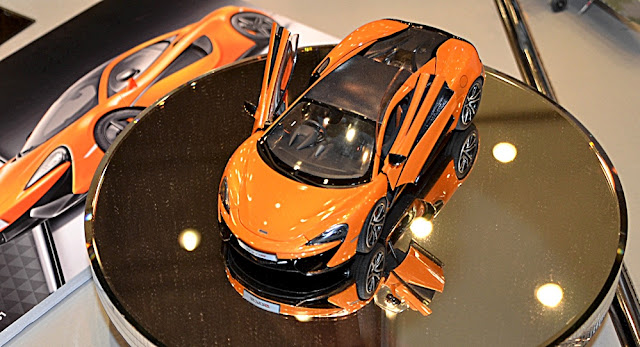 Details of the McLaren 570S include (below) upward-opening scissor doors. 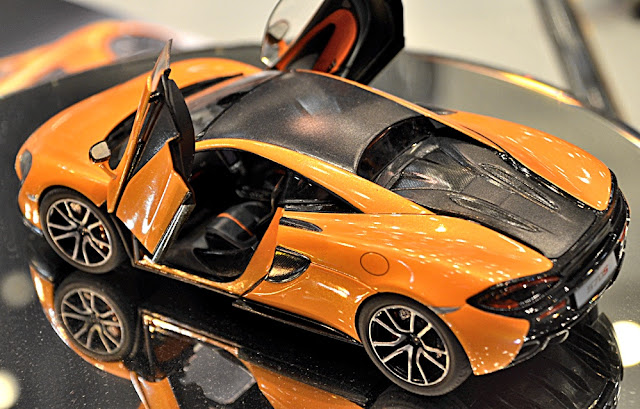 Joining the McLaren is another 1:24 scale new-tool kit, the Mercedes-Benz AMG (in yellow, below). 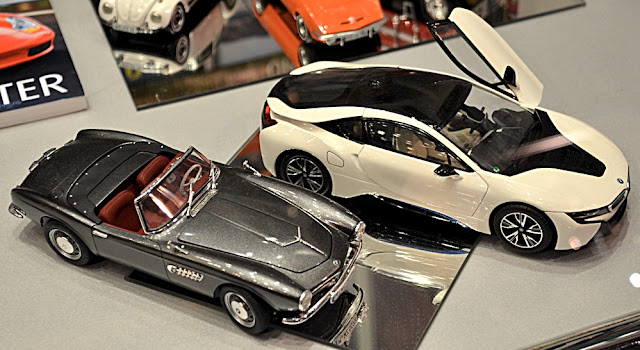