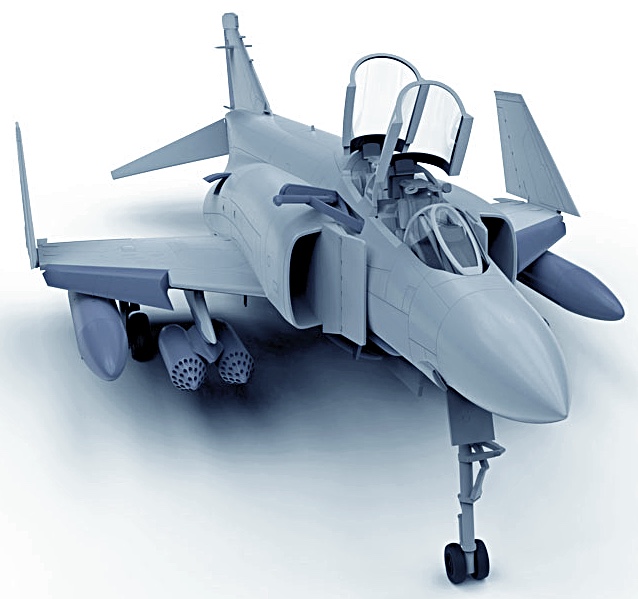 AS PLANNED, AIRFIX will be showing a development kit of this new-tool 1:72 scale McDonnell Douglas Phantom II at the IPMS show, Scale ModelWorld this weekend.


SMN report: The Phantom II news coincides with the huge IPMS (International Plastic Modellers' Society) Scale ModelWorld show in Telford, UK. It’s an important event on which Mat Irvine will be commenting in SMN next week.

According to Airfix, “For readers who will be making the journey to Telford, we will have prototype samples of our McDonnell Douglas Phantom FG.1 displayed on the Airfix stand, which will certainly give everyone a good idea of how this beautiful model kit will look when it is eventually released.

“Visitors to the show will also be able to take advantage of a unique opportunity on Sunday 13th November, as our lead researcher and the lead designer on the Phantom project will be holding a talk on their work in bringing this iconic aircraft to the Airfix range - a fascinating insight for any modeller.”

Airfix has scheduled this 1:72 scale McDonnell Douglas Phantom II FG.1 for release in October 2017. Check out the video clip (below) to make your mouth water.