DETAILED MILITARIA FROM KFS MODELS, INCLUDING A BRAND-NEW THUNDERBIRD MISSILE 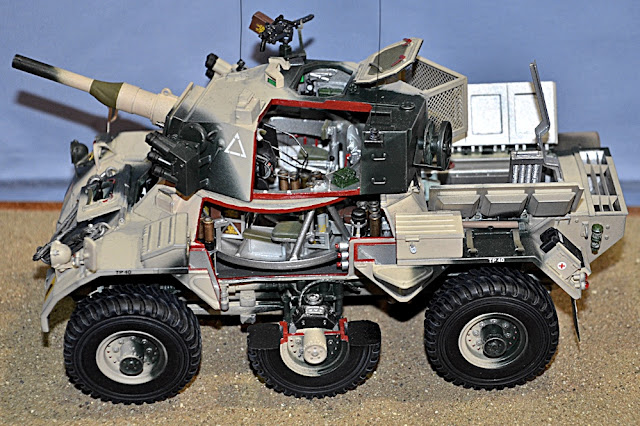 KIT FORM SERVICES (KFS) IS UNUSUAL for offering military kits in 1:24 scale, rather than the standard 1:35. And that includes the big news for 2017, a model kit of the English Electric Thunderbird missile from the 1960s.

Mat Irvine: The vast majority of armoured fighting vehicles (AFVs) are made to 1:35 scale. But Kit Form Services (KFS) are different, with a standard scale of 1:24.

I asked KFS owner Howard Whitehead, an ex-British Army Royal Engineer, about this as 1:24/5 scale modellers tend to gaze in envy at the many 1:35 scale AFV models available, particularly of soft-skinned vehicles.

The secret of the KFS scale lies with conversion kits that Howard produced for civilian truck models, which are mostly made to 1:24/5 scale. KFS has since developed its range, and stayed with the same 1:24 scale.

Part of the KFS stand (below) at the 2016 Scale ModelWorld Show. Note the blue-clad  'KFS Man' heading the display. 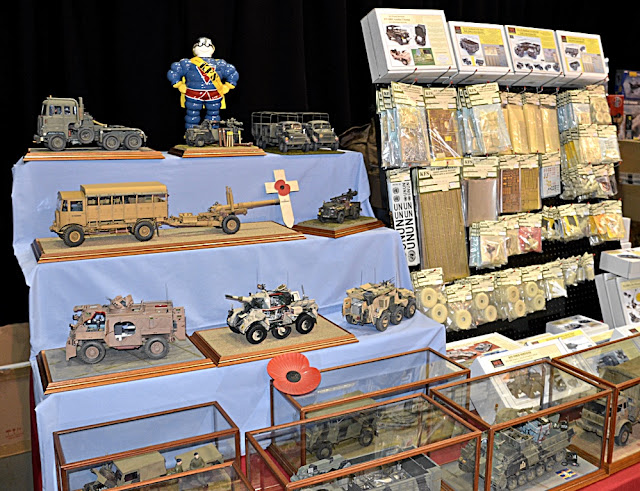 KFS products are multi-material kits, primarily resin, but with a good percentage of white-metal and photo-etch components. Consequently, they are not cheap, many being in the three-figure range.

An AEC Matador (below, top left) towing a 5.5 in howitzer. 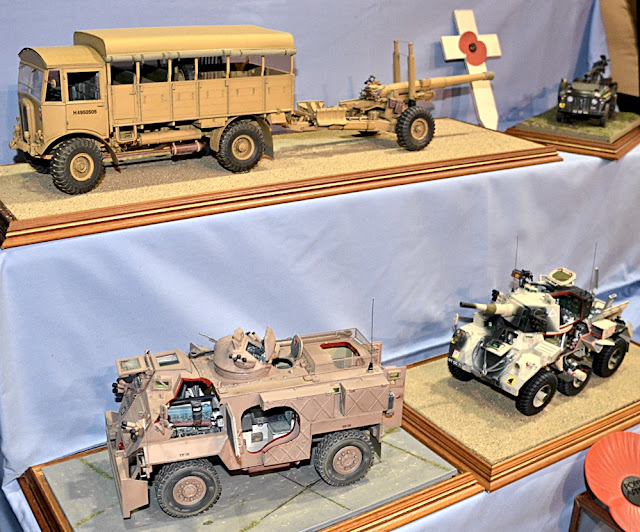 All KFS models are exquisitely detailed, with full running gear, chassis, engines and opening hatches. Most examples are soft-skin vehicles, such as Land Rover, Austin Champ, AEC Matador, and the classic Bedford lorry. But some are armed, such as the Alvis Saladin Mk 2 6x6 and the Daimler Ferret armoured car. You are certainly not going to be able to get them in 1:24 scale anywhere else.

There are also kits for towable light guns, trailers, conversions, and a wide range of accessories and figures.

The Scammell Crusader 6x4 recovery vehicle (below) has intricate detailing, storage cabinets, and plenty of spares lined up. 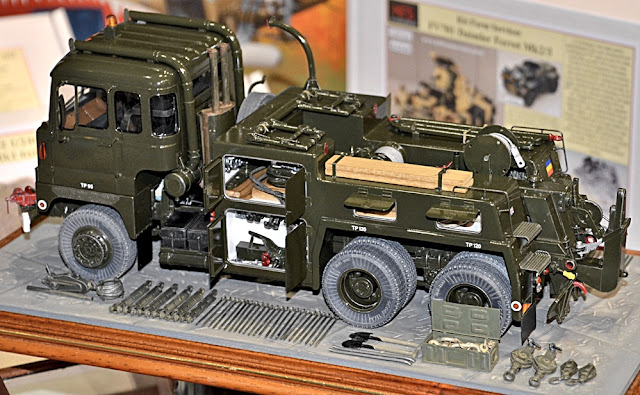 Austin Champ (below) in two finishes, with figures also made by KFS.

A selection (below) of KFS gun kits. 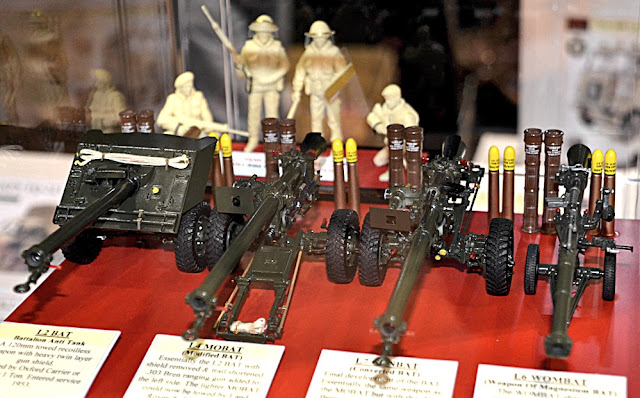 A few of the many KFS figures (below). 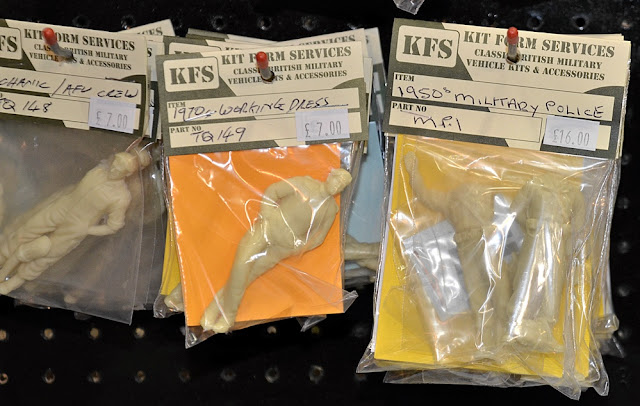 It needn’t all be taken too seriously. Here’s a pimped-up version (below) of the FV 432 personnel carrier. 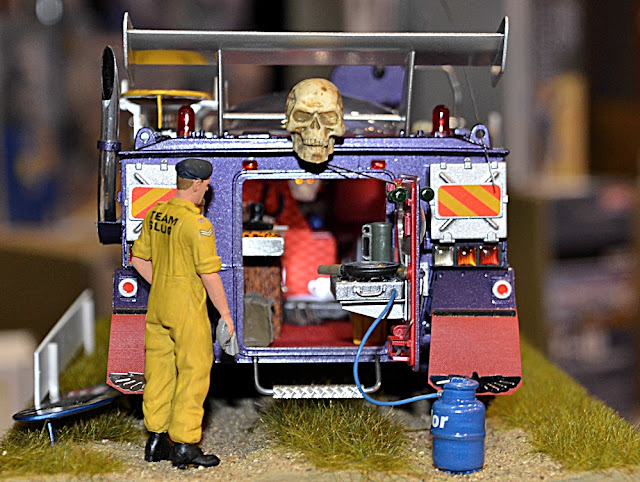 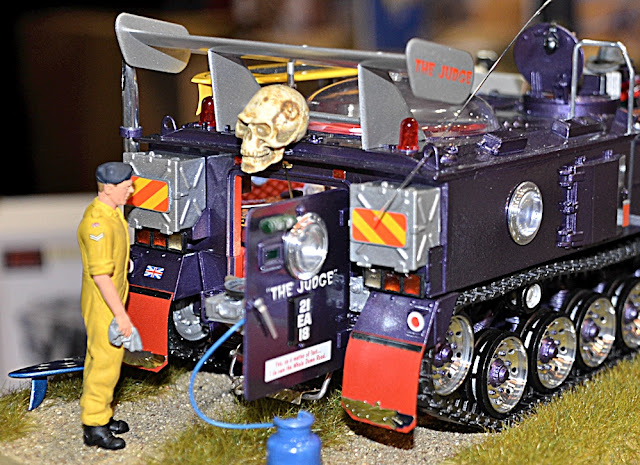 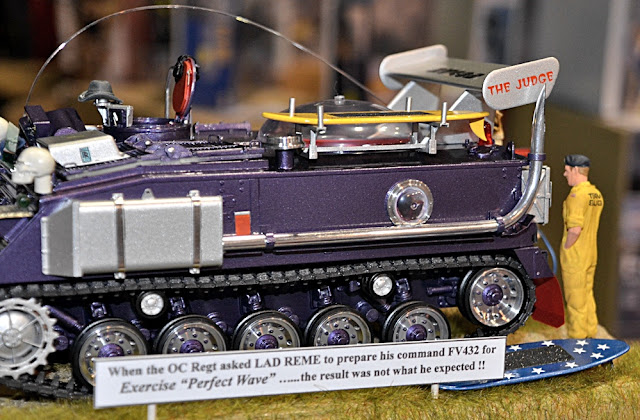 Incoming for 2017 will be the English Electric Thunderbird (below) surface-to-air missile (SAM). This was a mobile weapon that first entered service with the British Army in 1960. The AFS model will be the first kit made of the Thunderbird, though Corgi Toys made a diecast many years ago. 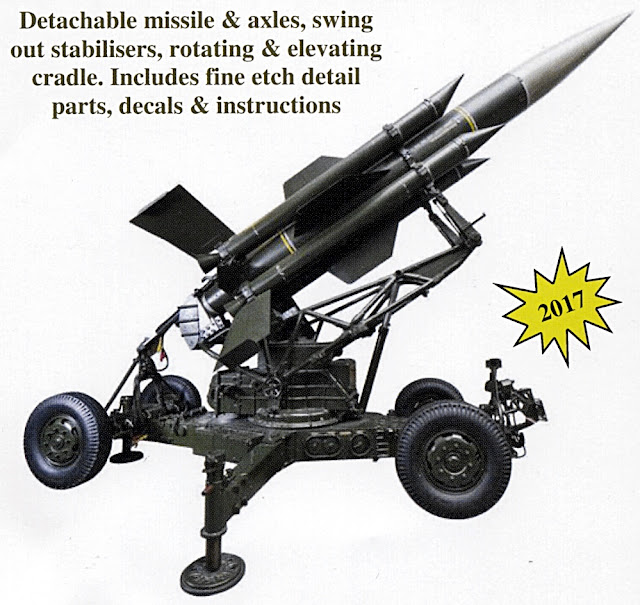 The Corgi Toys Thunderbird, along with the similar Bloodhound SAM, was popular with schoolboys in the 1960s. The base model (below) came boxed with a tow trolley. 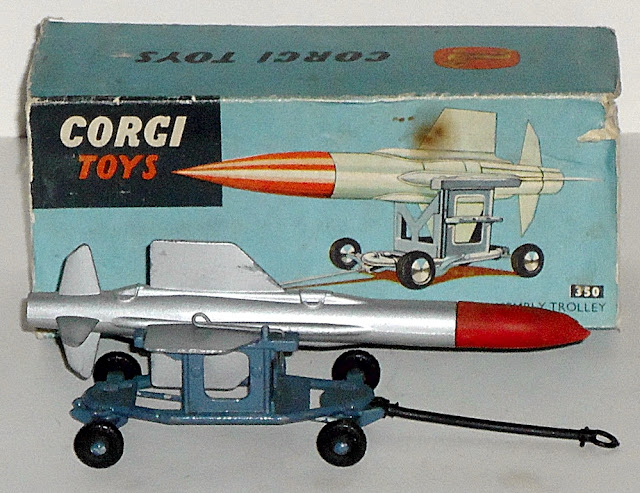 You could add a Land Rover to tow the Thunderbird (below bottom) and add assorted military Corgis to build up an interesting collection. The Bloodhound SAM (below top) was also offered with a sophisticated tow-launch system. Note the mobile airfield radar truck (below left) which had a rotating antenna. 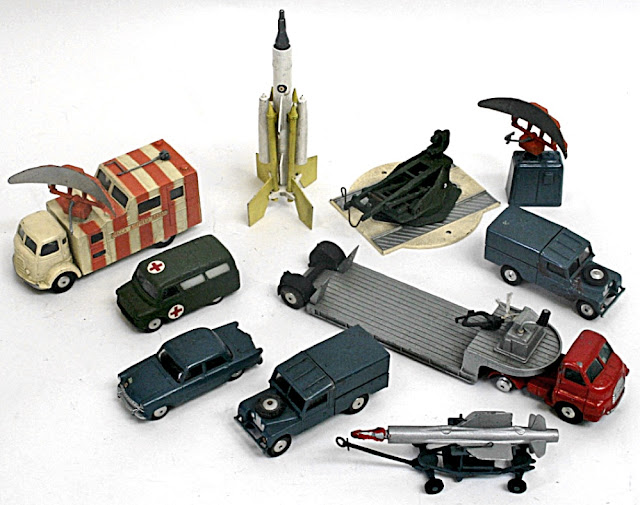