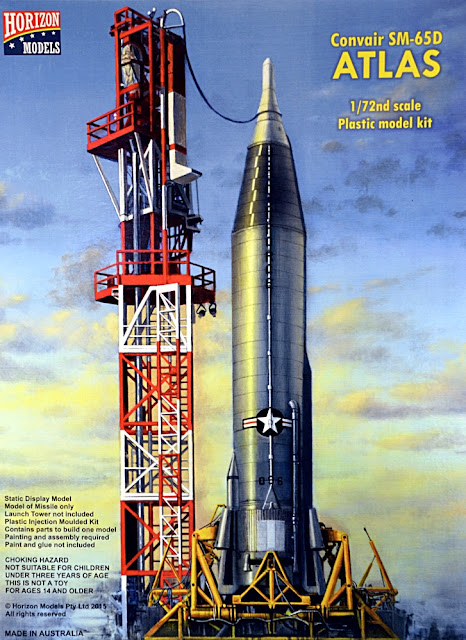 
Mat Irvine: This is the ICBM version of the Mercury-Atlas launcher already issued by Horizon Models. Plenty about this kit is is identical to the earlier release, and in fact you get the two main runners as before, but not the runner with parts for the Mercury spacecraft. The attractive box art front (header pic) is by Paul Renwick Farley, with side-view colour diagrams (below) by Juanita Franzi.

Much of the assembly for the Convair SM-65D Atlas is similar to the Mercury-Atlas, but some individual holes have to be drilled for the side pods and LOX (Liquid Oxygen) pipes. Also, the engine bell halves need assembling. This kit allows you to build one of three versions, all of which were test flights with an RV (Re-entry Vehicle) carrying an experimental payload. 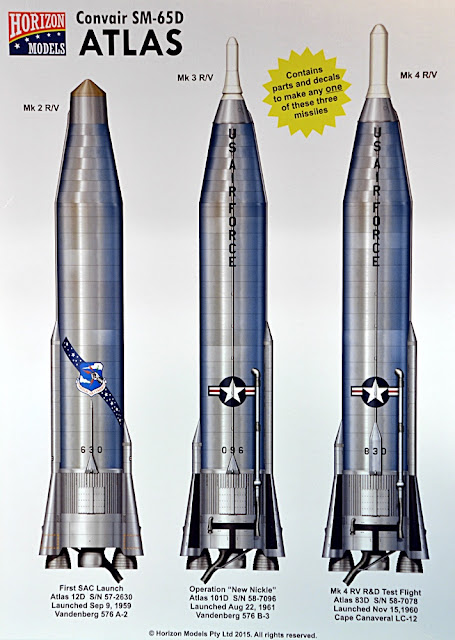 Version one is an SAC (Strategic Air Command) Atlas, as launched from Vandenberg Air Force Base in September, 1959. This was the first SAC launch, and a made successful test flight. Interestingly, on the same day another Atlas made an unsuccessful Mercury test flight, from Cape Canaveral.

Parts layout (below) shows that some parts are duplicated. Note the circular base (bottom left) on which the finish model may stand. 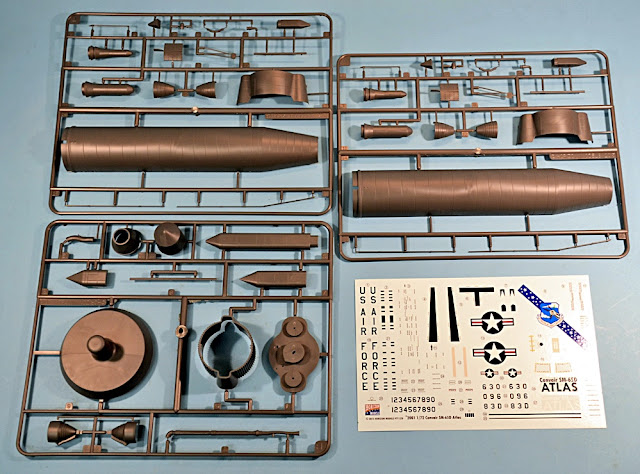 As with the Mercury-Atlas, the main USAF lettering is interesting as it is slightly stretched, to allow for distortion as it passes over LOX pipes. However, this does not apply to the SAC version.

The completed and painted airframe (below) with the comprehensive decal sheet. 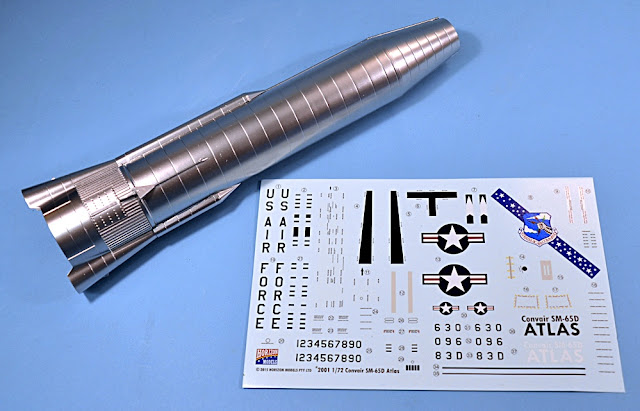 The main Atlas airframe uses a long pod for the starboard side, a short pod for the port side. A mid-size pod was used by the Mercury-Atlas, and is still included with this kit - but it is not used. 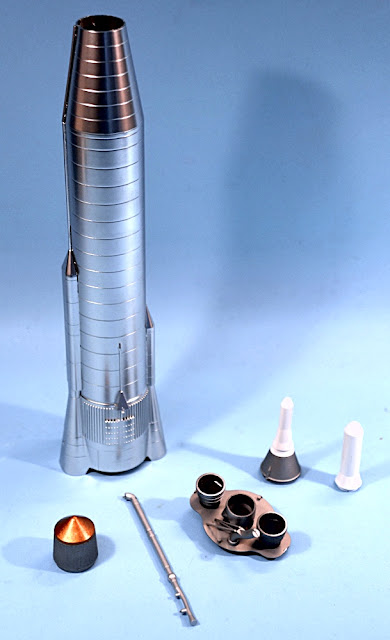 Overall finish for all three Atlas versions is bright silver, for which I used Humbrol Chrome Silver 191. Engine components and bells uses Humbrol Aluminium 56. Version one Atlas has an aluminium payload with copper-coloured nose. The payloads for versions two and three are white.

The decals for these latter flights are more or less identical, as they both carry US AIR FORCE and the national flag. The first flight uses the SAC diagonal sash marking, with a small ‘stars and bars’ flag. I completed the model (below) as Atlas 12D, the first SAC launch. 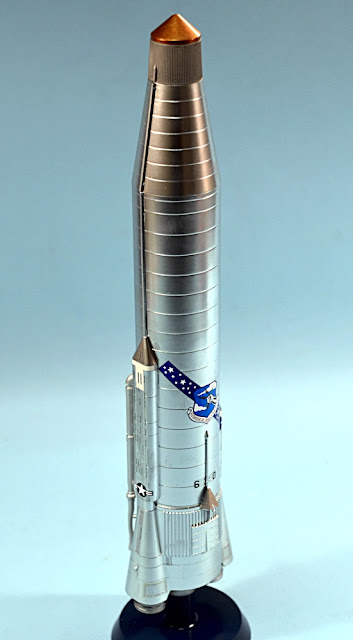 Three payloads (below) are supplied in the box.

Closeup (below) with the Mk 4 research and development test flight payload in place. 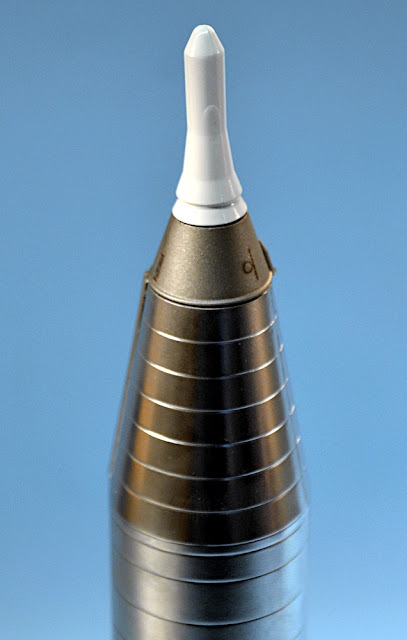 Summation
Another interesting kit from this Australian company. There are no real assembly issues, and the missile looks excellent when built and painted. We liked the 1:72 scale Mercury spacecraft, and are looking forward to the next release from Horizon.

Thanks to Horizon Models for the review kit.