GAMEIN5D STORAGE SOLUTION - MINIATURE WORLDS INTO, AND OUT OF, A BOX 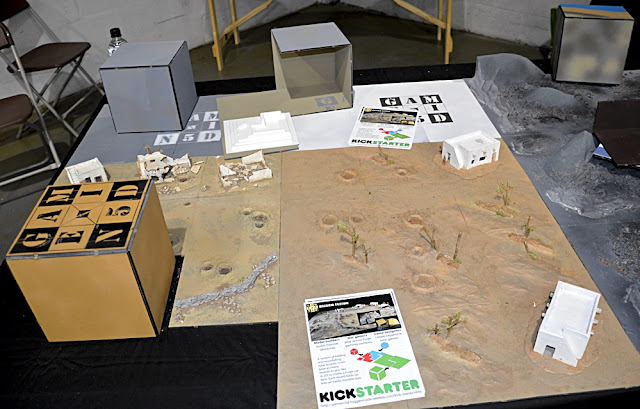 WHERE TO KEEP hobby stuff is always an issue. So if its creator can raise enough money, the Gamein5D foldable baseboard system might become a must-buy for all modellers.


Mat Irvine: Here’s an intriguing new modelling idea that I spotted at the IPMS Scale ModelWorld in November, 2016. The pix (header, below) show the Gamein5D play-and-store system, as I saw it at the Scale ModelWorld, 2016.

Gamein5D been created by Jonathon Dale, primarily as a useful way for gamers to store their gaming boards conveniently, without taking up the whole house.

Note in the pic (below left) how even quite substantial structures can fit neatly into a folded cube. 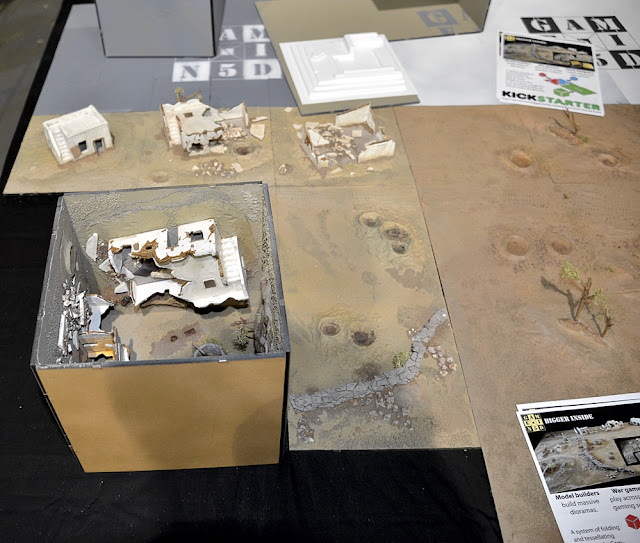 Basically, Gamein5D is a gaming board that folds up into a cube, held together with magnetic catches. When folded up, the cube can be conveniently stored, and when being transported, cubes in various sizes are easy to pack and carry.

Gaming features on a board, such as buildings and terrain, are safely protected inside the cube, the only limitation being that the hills and structures don’t knock into each other when folded up.

Each layout section is in six pieces, and two cubes can fit together to make a rectangular layout. Then you can simply add more and more, until the reach whatever size you or your table allow. Currently, Jon is working on two methods by which his system folds up into cubes. 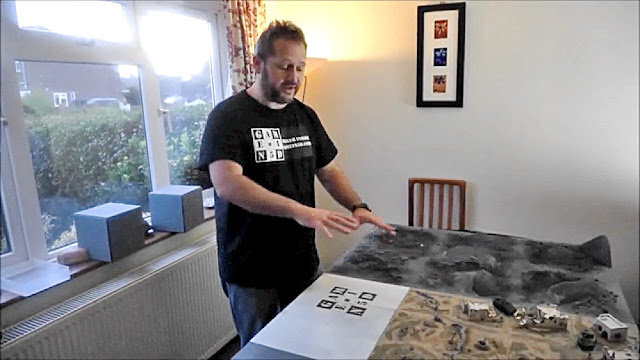 Gamein5D is so simple to use that even kids can do it, as demonstrated by Jon’s sons in his Kickstarter video (link below). Jon wants to put Gamein5D into commercial production, so the Kickstarter campaign is a route to raise funding for the project.

Although Gamein5D has been designed initially for gamers, there’s no reason why any other form of modelling couldn’t use the system.

Click here to visit Gamein5D at Kickstarter. It’s well worth a look.