HOW TO MAKE A HOT WHEELS MAD MAX CUSTOM CAR 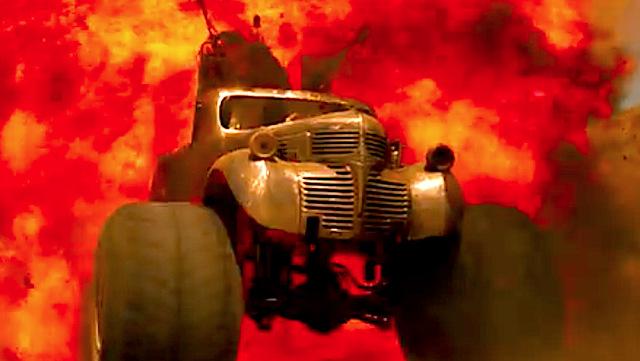 FANS OF THE MAD MAX movies will find this how-to video the right-on route to converting an off-the-shelf model car to a Hot-as-the-Outback Mad Maxmobile.


SMN report: Mad Max movies mix extreme violence (ugh) with extreme style (ace). And if you are into steam- or diesel-punk, then modifying a standard vehicle into a post-Apocalypse set of wheels shouldn't be too difficult.

The choice of car doesn't have to be classic retro either. The screenshot (below) from the most recent movie in the series, Mad Max Fury Road depicts a perfectly ordinary Mercedes-Benz passenger car doubling up as a monster machine, sitting atop a trio of truck front ends, plus the radiator from what could be an old Daimler limo. 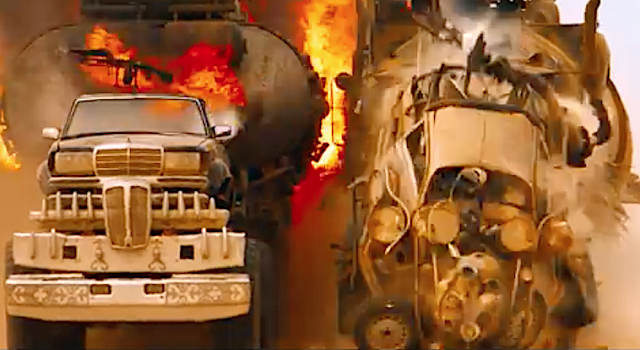 YouTuber baremetalHW has put together this video (below) that starts off with a 1:64 scale Hot Wheels donor car, named somewhat oddly by Mattel as the Shoebox. We guess it's based on a 1949-50 Ford. No matter, the well-shot video shows a clear step-by-step method that works well.

Of course, for many of us 1:64 scale is a tad on the small side. But the same modding rules apply to bigger sizes as well, so there's no reason why you couldn't use a 1:24 or 1:18 scale vehicle as the base car.

A classic retro rod - this could be a 1932 Ford coupe - looks great (below) in this still from Fury Road. Take off the shiny paint from a suitable donor diecast car with stripper, grime the bare metal, and you end up with an unusual star car. 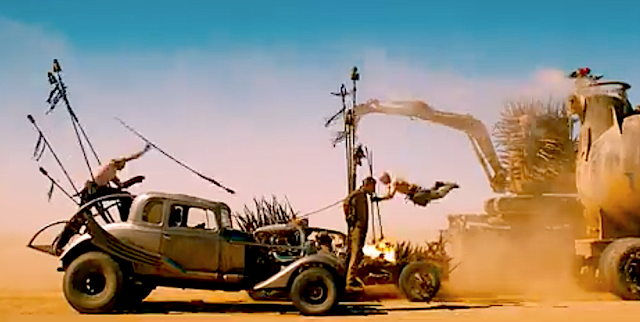 And if you aren't familiar with the Mad Max genre, here's the trailer (below) from Fury Road. It's gritty and gratuitously violent, but full of invention where the vehicles are concerned.

Last but not least, how about some punkish German wheels? We spotted the BMW 3-series (below) in the handsome old town of Woodstock, in the Cotswolds, UK. The BMW certainly took the day's prize for weirdness, especially as it was parked among goggling tourists and non-punk tea shops - but we like it! 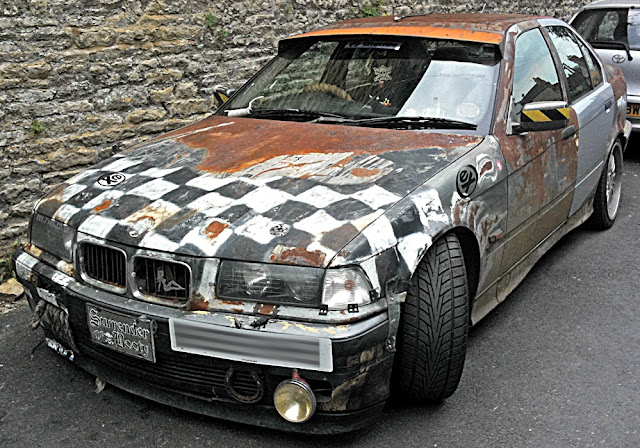 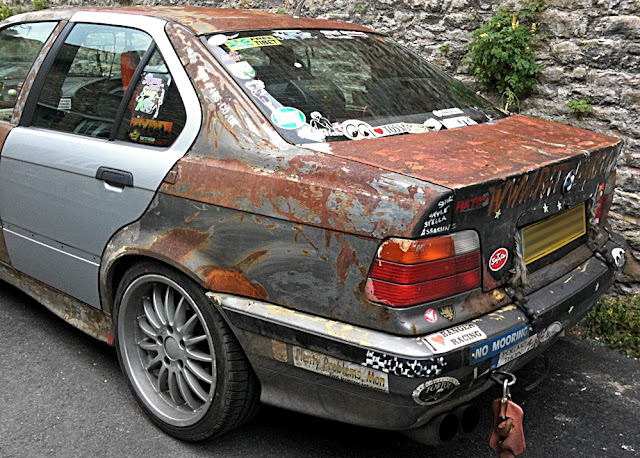