SMN report: The new movie will still be set in the dark universe that Scott created, though there is a new director this time round. At SMN, we're hoping that Blade Runner 2049 will have plenty of new vehicles that will become sci-fi models to build. 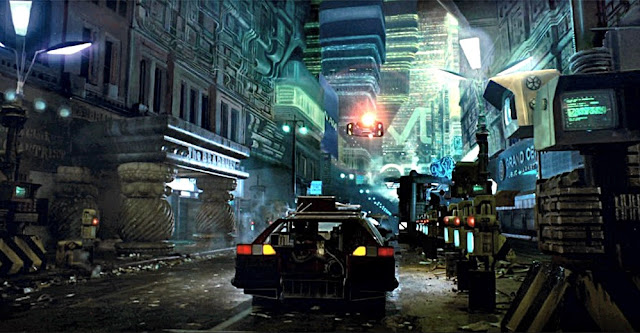 The best known vehicle from the original movie is the police Spinner (cockpit below) which has seen some action in the miniatures world, in both diecast and plastic kit forms. We've featured the Spinner at SMN here and here.

Here is Mat Irvine's built-up Fujimi 1:24 scale Spinner kit (below). It looks good, and the new film should spark new interest in both the Spinner kit and the whole future-noir genre. 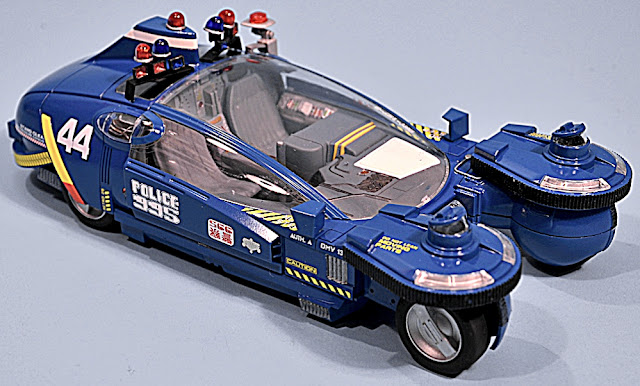 The original designs for Blade Runner vehicles were sketched (below) by the legendary artist-designer, Syd Mead. The power of his work shows clearly here, with pens, inks, and markers being the tools of choice. Today, it might be an iPad Pro and Pencil - though even now first outline sketches are still likely be completed with a pen, biro, or pencil. 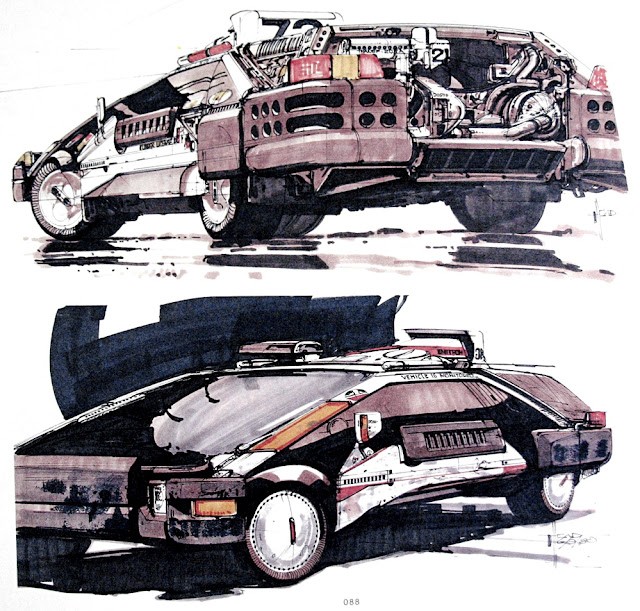 ERTL produced these 1:64 scale models in a set of four (below). If the moulds and presses are still available, a repackaging job ought to see them on the market again, for a new generation of sci-fi lovers. And maybe - if we are lucky, in bigger scales, either as sets or as individual models. 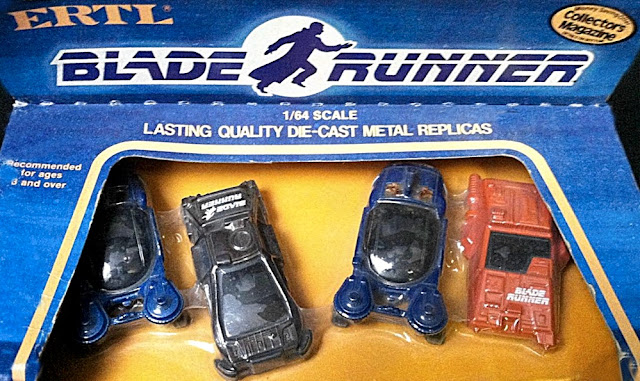 Clean box art (below) made a compelling image for the 1:24 scale kit from Fujimi.

A quartet of Spinners (below) drift through the air on police duties. The damp, misty look of the future city gave Blade Runner much of its original appeal, and is likely to be repeated in the sequel.

Blade Runner 2049 takes place 30 years after the trailblazing first film. In this much anticipated sequel, Ryan Gosling takes the role of Officer K, a new blade runner who uncovers a world-changing secret.

Officer K’s investigation leads him to Rick Deckard (Harrison Ford) the blade runner who has been missing for those 30 years.

Judging from the teaser trailer (below) director Denis Villeneuve plans on recapturing the same noir look of the original movie. Villeneuve’s last sci-fi movie was Arrival, a thoughtful piece of work that the SMN crew enjoyed very much - so we are looking forward to Blade Runner 2049, due for release early Q4, 2017.


The utility hover-vehicles (below) could make an interesting subject for a new Blade Runner 2049 model kit. At present, the UHV looks to be just a digital prop, seen in the trailer moving along a rain-soaked street. The lights and red ID look good, though there's no clue as yet to their purpose. But the tall vehicle would look good in any science-fiction model diorama. 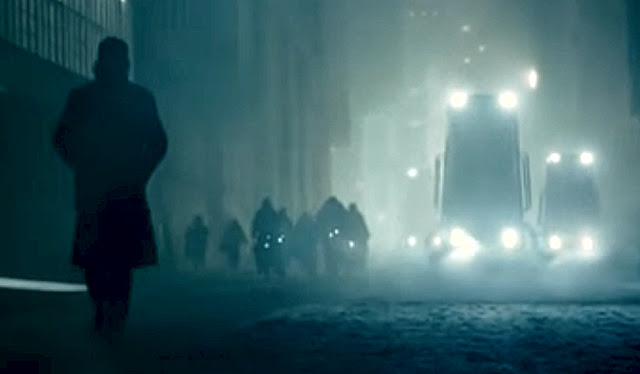