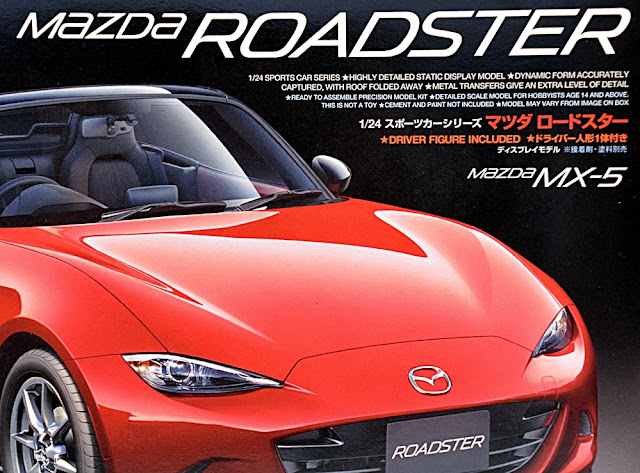 Mat Irvine: This 1:24 scale Tamiya kit depicts the latest version of the Mazda MX-5 two-seat sports car. The car, now in its fourth generation, has been in production since 1989, and more than a million have been sold. The little Mazda has been known in various markets as the Eunos Roadster, the MX-5, and MX-5 Miata, but they are all the same vehicle, with production differences to suit different countries. 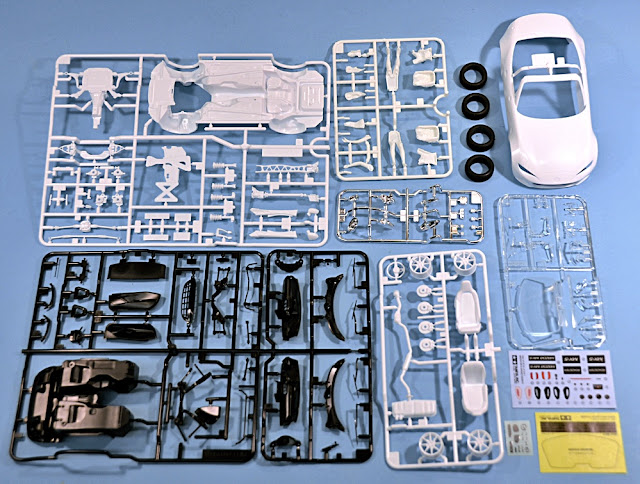 The kit itself is produced to the standard Tamiya Sports Car Series pattern, with a fully-detailed chassis and running gear, but no separate engine or opening bonnet.

There are four build options, for right-hand drive Japan and Britain, and left-hand drive Europe and US. Tamiya supplies the required optional parts to allow for this, including separate dashboard and wipers, even the stance of the included female driver figure.

The kit components are supplied in four basic colours: white, black, transparent, and chrome, plus decals of various sorts. The instructions (below) indicating the options available for world markets, including Japan, North America, Europe, Britain. 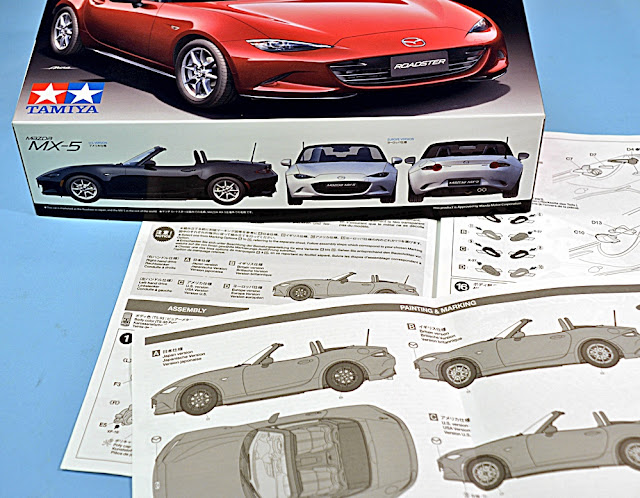 In typically thoughtful Tamiya style, a stick-on mask is provided for the transparent windscreen. This is a neat touch that allows you to get the satin-black glass surround correct. Metallic-style decals are supplied for Mazda badges at the front and rear, the steering wheel boss, even the four wheel centres. This metalized material is also used for the interior reflective glass and two exterior mirrors.

Front and rear drive assemblies (below), ready to mate with the chassis and bodywork.

The Mazda MX-5 is supplied in several stock colours, though there is no reason whey you can’t paint it any colour you choose. But one stock finish is white, and the included female driver gave me an idea.

What if the fifth James Bond movie You Only Live Twice was being remade today? Would the producers still use the Toyota 2000 GT Coupe? Or would they feature the Mazda MX-5, now the world’s most popular sports car?

For the original 1967 movie, Toyota converted a pair of stock 2000 GT hard-tops to open configuration. The conversion made filming easier, and James Bond actor Sean Connery would not look as tall in a open car.

The Tamiya MX-5 is already supplied as an open roadster, and whether by chance or design, the driver figure bears a passing resemblance to Akiko Wakabayashi, the actress who played the Japanese agent, Aki.

A bonus is that there is no need to add the special Sony equipment featured in the 2000 GT. The Mazda already comes with such digital delights as a touchscreen.

Interior fitted to the chassis (below) with included female driver figure ('Aki') in place. 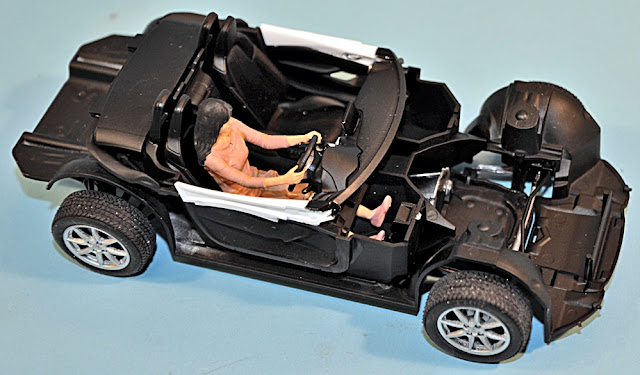 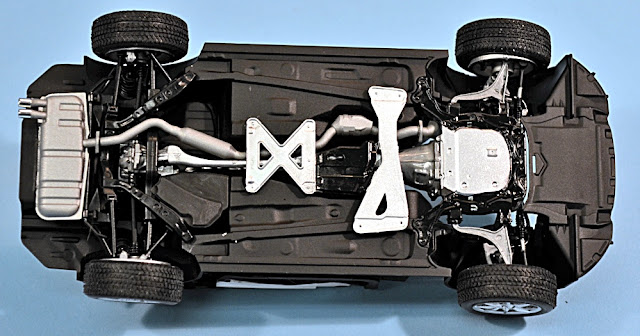 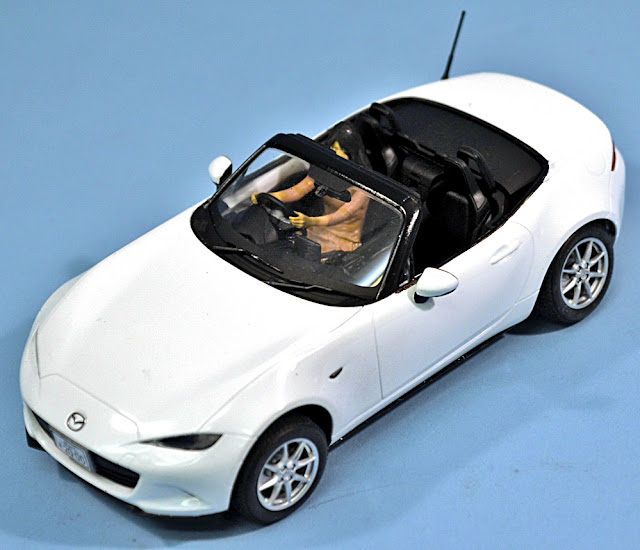 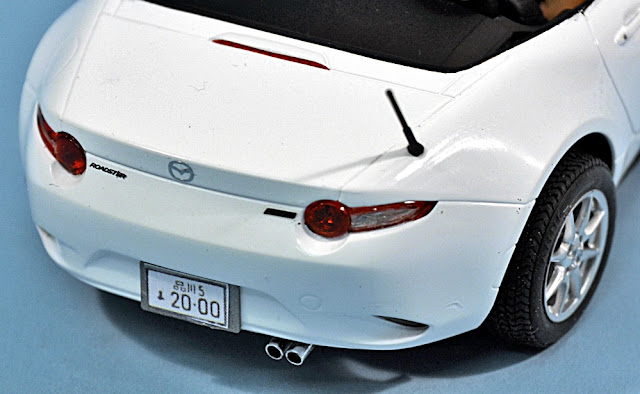 1:24 scale Tamiya Mazda MX5 (below left) next to the same-scale Airfix Toyota 2000 GT, originally released as a star car from the 1967 James Bond movie You Only Live Twice. So which works best as a Bond car? Hmmm... It's hard to choose really, especially as the current-model MX-5 is up against the unique lines of the classic Toyota 2000 GT. 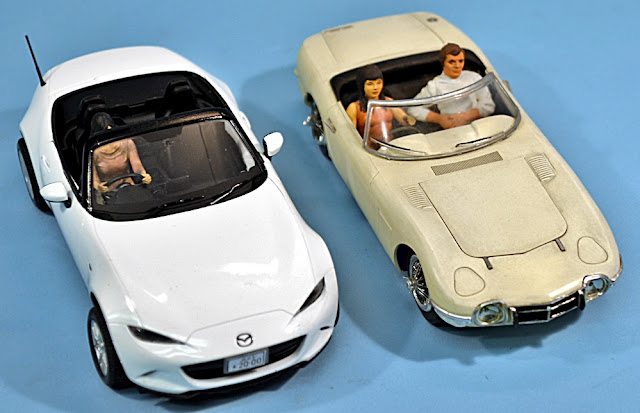 Summation
A nicely finished kit that is well up to standard Tamiya spec. Would be good to find an engine in the box though. As a project, the MX-5 can be anything you want, from my 007-mobile to a fire-breathing road racer - it’s your choice.

More Mazdas at SMN here, including an earlier built-from-the-box review of this kit.

And for nostalgia lovers, here's the original movie trailer, which includes a brief glimpse of the handsome Toyota 2000 GT.


Thanks to the Tamiya UK distributor The Hobby Company for the review kit.