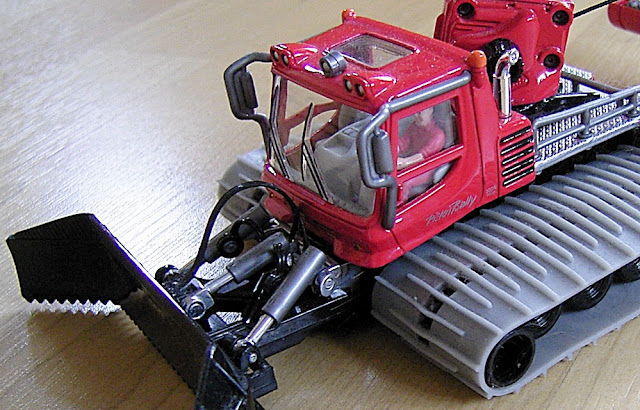 SIKU IS PERHAPS LESS OF A HOUSEHOLD NAME than classic brands like Dinky and Corgi Toys. Even so, Siku is a thriving company that dates back to 1921.

SMN report: Siku is based in Ludenscheld, Germany, and currently has 850 staff across the world. Its models are accurately detailed, and because they are marketed primarily as children’s toys, are robustly made and often include various play functions.

Even so, they are all accurate miniatures, and some ranges are made to recognised model scales such as 1:50 and 1:32. So, with some extra detailing work and suitable weathering, they can be often be usefully integrated into serious scale modelling, especially as part of diorama scenes.

Siku toy models are sold worldwide, with local export markets that include other countries in the European Union (EU). Further afield, Siku is an established name in countries such as China, Japan, Korea, New Zealand, and Mexico.

Farm machinery (below) is a strong part of the Siku range, with newer models having radio-control functions. There are also machines that may be unfamiliar in many parts of the world, such as the bulldozer (header pic) using for tidying pistes at ski resorts. 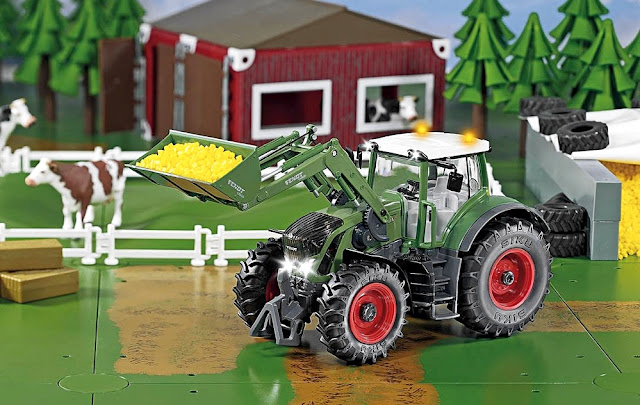 Early days
In 1921, founder Richard Sieper began making consumer goods such as aluminium cutlery and ashtrays. New developments included research into various forms of plastic, then a manufacturing material that was in its early days.

In 1984, Siku took over another German toymaker, Wiking Modelbau. The two brands are now marketed together, with Wiking being especially strong in the 1:87 model rail scale, and producing some neat and unusual diecast aircraft.

Today, the two names link together in the Siku/Wiking Model World exhibition, which has some 3500 models on display.

The Porsche Super 308 Diesel tractor (below) was a Siku Farmer Classic, one of a range featuring early farm machinery. The 308 was manufactured by Porsche in the 1950s, some years before hitting its stride as a sports car maker with the 911. The Siku model is painted and finished neatly, even if the staring eyes of the driver could do with some attention. 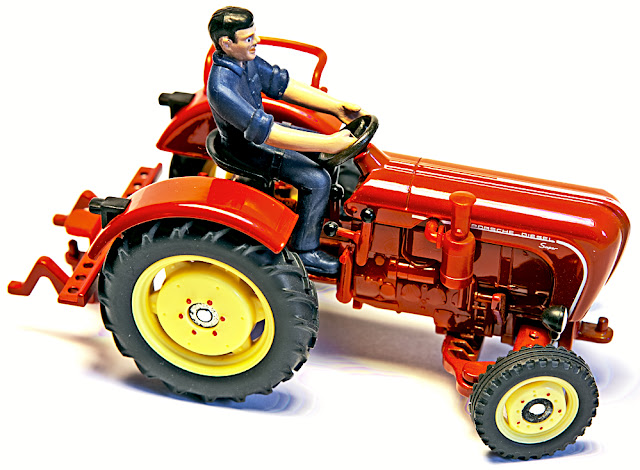 The video (below) offers an interesting look into the Siku brand. Enjoy!