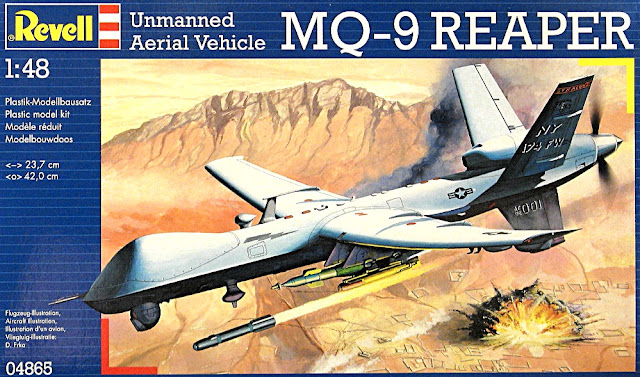 THE REVELL MQ-9 REAPER Unmanned Aerial Vehicle (UAV) has been out for some time, but it remains a good kit of a type of aircraft that is changing the face of military aviation.

SMN report: The DJI Phantom 3 is a drone you can buy right now, and fly it right away. But military drones, also called UAVs, are different animals altogether.

Best known of the breed is probably the General Atomics Predator series, which the 1:48 scale Revell MQ-9 Reaper represents. The Predator-B is known as the MQ-9 Reaper in military service, though why it earned the name-change, we don't know.

The Revell kit is a reboxed version of a Skunk Models Workshop original, though none the worse for that. Detailing is light but accurate, the missiles (below) being reasonably convincing after some careful painting. Note that you will need to add some nose weight if the Reaper is to stand on its landing gear correctly. Adding about 28 gr (1 oz) should be enough to avoid it being a tail-sitter. 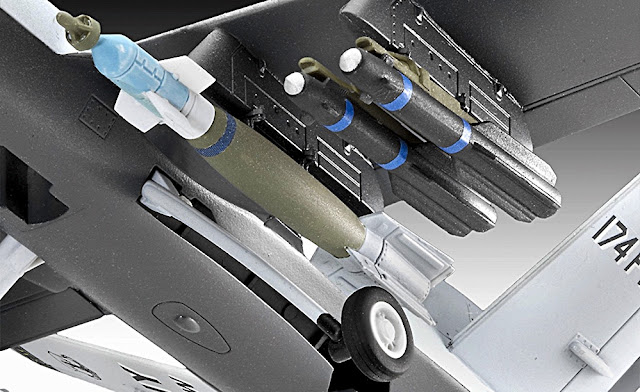 The MQ-9 Reaper is replete (below) with assorted antennas and other communications devices, which seem to be all present and correct. 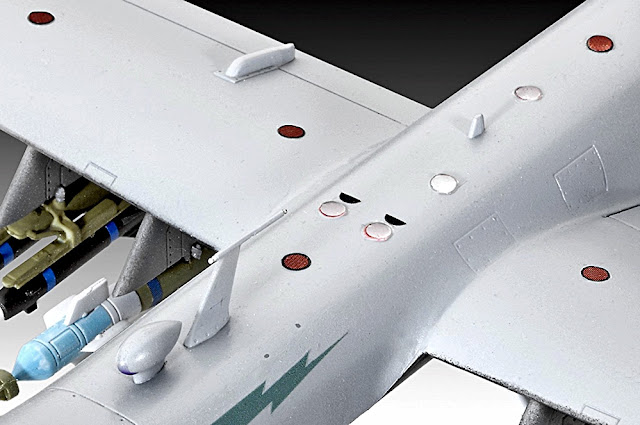 The tail-mounted engine bulge (below) is accurately moulded, as is the three-blade propeller. Note that the spinner should be finished in a bare-metal shade. 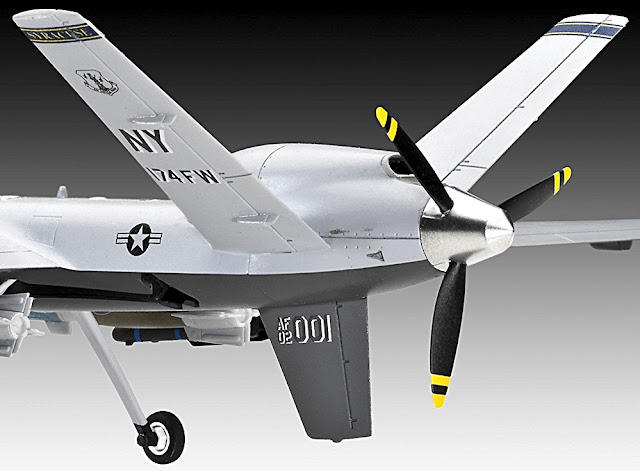 In real life, the MQ-9 (below) has been in service since 2007, and has hit the headlines many times, especially for actions across the Middle East.

Apart from US armed forces, the Reaper is used by countries such as France (below), Italy, Netherlands, Spain, and the UK. So there's some choice where markings are concerned.

Under the nose bulge (below) lies a satellite antenna and the complex electronics needed for operation. 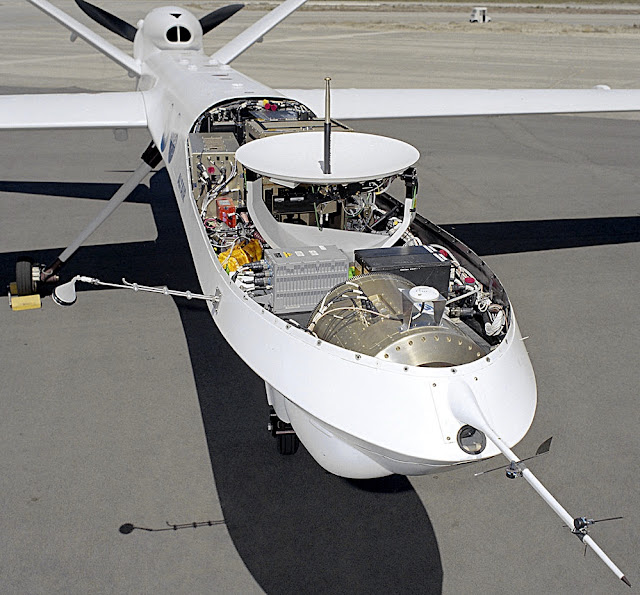 If video games are your thing, UAVs feature in the PlayStation 4 combat-sim Call of Duty: Modern Warfare 3, an action-packed way of passing time (!). 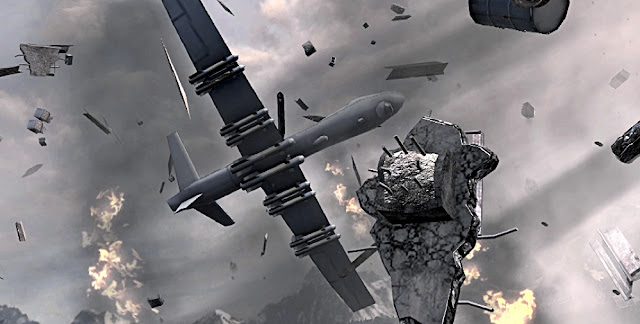 The video (below) has footage of drones, giving a view of the future of air warfare.