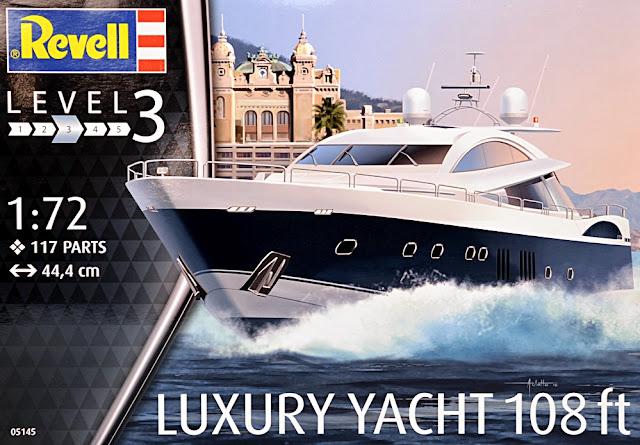 THIS STATE OF THE ART LUXURY YACHT kit is released by Revell in the model aircraft-standard 1:72 scale.

Mat Irvine: The somewhat generic title of this kit disguises the fact that it is a reissue of the earlier Revell Sunseeker Predator 108. However, the name may have changed, but the kit is the same. Even so, the new-box Revell Luxury Yacht 108 has several factors going for it.

Kits of boats in 1:72 scale are not that common, and kits of luxury yachts are even less so. And vessels connected with James Bond movies are ever rarer. The new name of this kit means that the Bond connection is missing this time around, even if the Revell Predator 108 mentioned its role in the 2006 Bond movie Casino Royale.

The Revell Luxury Yacht 108 (below) is moulded in white styrene, with smoked transparencies for the windows. When finished, the model can be displayed on the supplied three-piece stand. 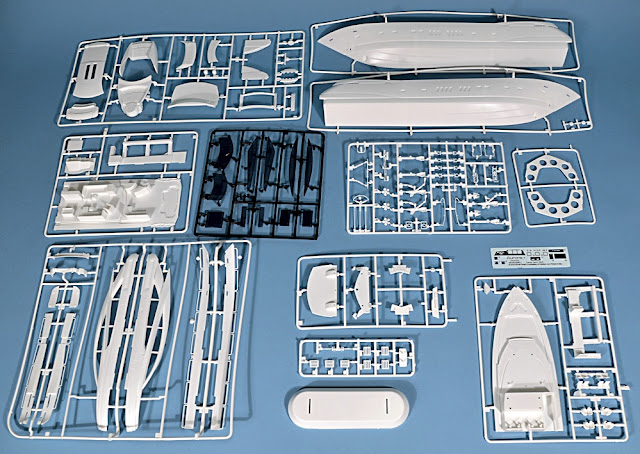 The big (for a boat) 1:72 scale means that plenty of detail is included, such as a luxuriously appointed interior, complete with seating, tables, and cabinets. The cockpit has controls and display screens. Below the waterline, Revell supplies a trio of stern-mounted five-blade propellers.

Side panel on box (below) shows various closeup of the finished vessel. 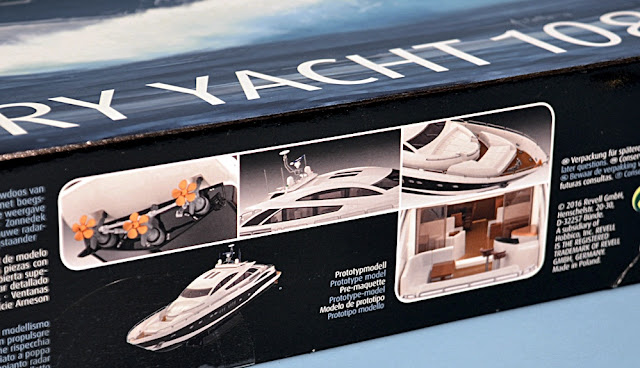 State of the art communications are vital in a boat like this, and the Revell kit reflects this with a superstructure adorned with assorted antennas, radar dishes, and satellite domes. 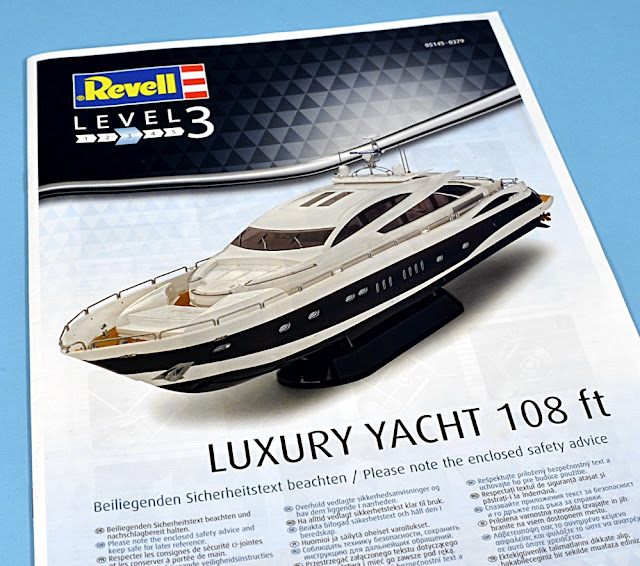 A spread (below) from the comprehensive instruction booklet. 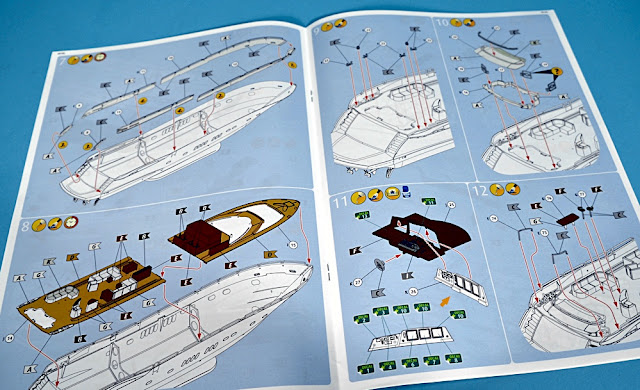 The earlier Revell kit (below) which gives the maker's name and model. The box also mentions Bond in the side panel text. 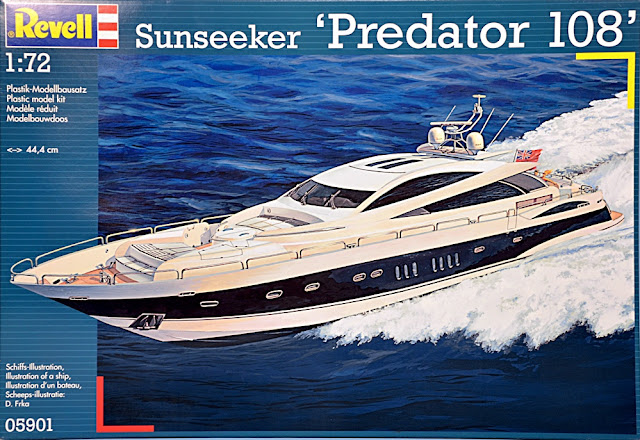 Assembled model (below) as seen on the Revell stand at the 2016 Scale ModelWorld exhibition. 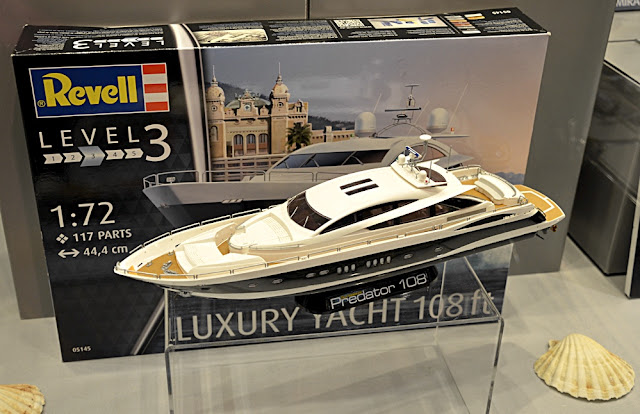 Click here to visit Sunseeker. The company is based in Poole, UK.

SMN note: This particular kit may not be focused on the James Bond connection, but we think 007 is worth going into a bit further here, as Sunseeker boats have featured in various Bond movies. The connection began in the 1999 Bond film The World Is Not Enough, with a high-speed chase along the River Thames. Sunseekers of various types have also appeared in Die Another Day (2002), Casino Royale (2006), and Quantum of Solace (2008).

And for Bond fans, here's the trailer from The World is Not Enough. Two minutes or so of undiluted Bonderama - enjoy!


Thanks to Revell Germany for the sample kit.