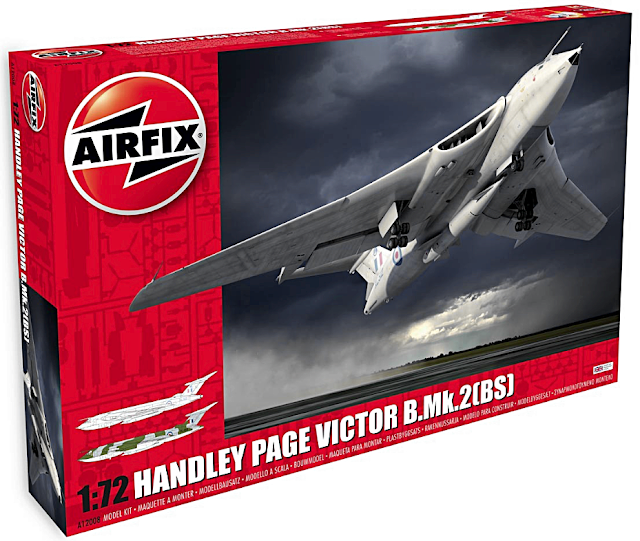 AN EXCELLENT 1:72 SCALE KIT from Airfix, the Handley Page Victor B.2 is modelled with one of its primary payloads, the supersonic Blue Steel stand-off nuclear missile.


SMN report: The Airfix 1:72 scale Handley Page Victor B. Mk 2 is here, and a fine kit it is, too. The Blue Steel missile is included, which makes sense, and certainly adds to the interest-value of the model.

The Victor was one of three British V-Bombers, designed to deter the USSR at the height of the Cold War. Airfix has now modelled all three of these important aircraft, so now the Victor can be displayed as a one of a trio of jet bombers, alongside the Avro Vulcan and Vickers Valiant. 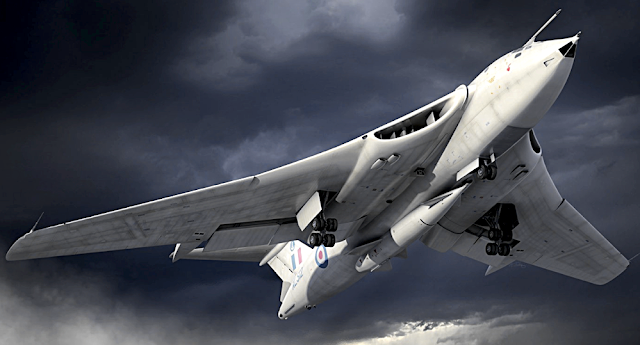 You won't see much flight deck detail when the Airfix Victor kit is completed, more's the pity. There was room inside for five crew, so it would be tempting to build a second kit, alongside the first. You could then cut away one side to make a visible display of the interior. 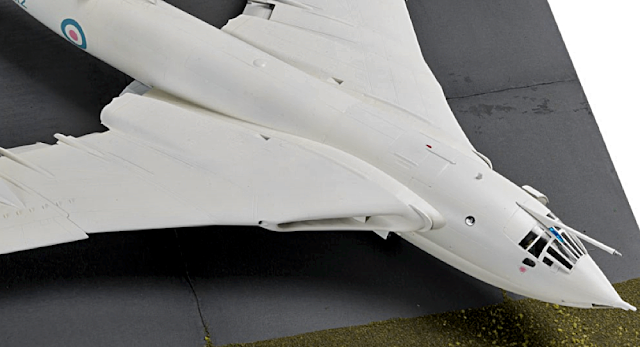 Note the pale Royal Air Force (RAF) markings (below). This was a deliberate part of the all-white high-altitude marking scheme.

The front view (below) shows the refuelling probe above the flight deck, and the positionable access door, complete with small porthole.

The trailing edges of the wings were fitted with speed pods, to smooth the airflow, the effect of which was to lower drag and increase range. They were nicknamed 'Kuchemann's carrots' after the German scientist who designed them.

The rear view (below) shows drooped flaps under the engine exhausts, and extended air brakes at the Victor's tail. Both are nicely captured in the kit.

High-level attack, for which the Victor was originally designed, meant applying an overall white colour scheme (below). This was known as anti-flash white, and was designed to help the aircraft survive by reflecting some radiation as its nuclear weapon exploded. 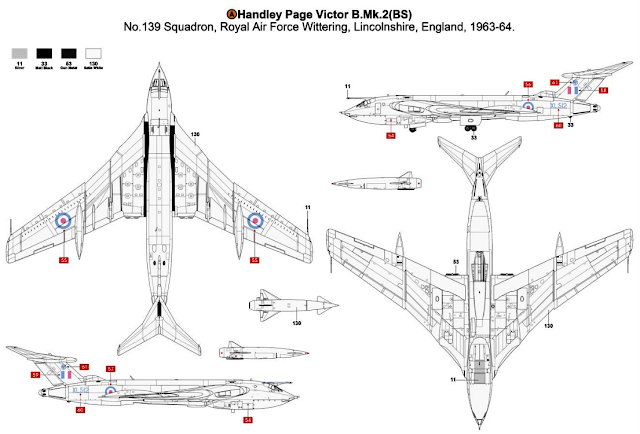 Later, low-level missions, meant flying 'under the radar' to avoid enemy defences. Matching such a flight profile was a green-grey camo scheme (below). This actually adds quite a bit of visual interest to the aircraft, and to the kit, too. 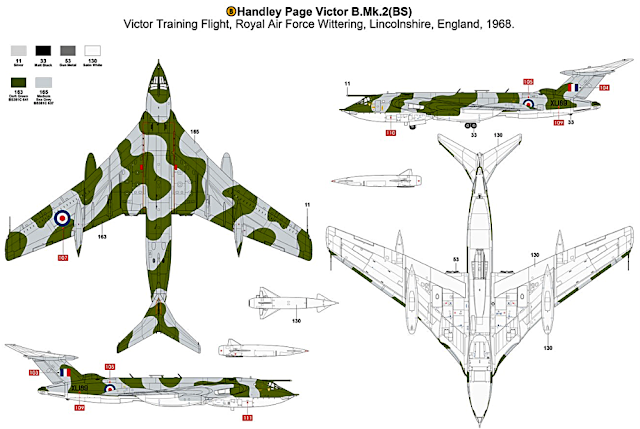 A closer look (below) at the cover art which depicts a Victor taking off, with a Blue Steel stand-off missile nestling against its belly. There were plenty of aerodynamic tweaks to the aircraft - intakes, air scoops, and other addenda - which are faithfully reproduced in the kit.

Despite its bulky appearance, the Handley Page Victor was an agile machine, being capable of loops and barrel rolls. Top speed was nominally high-subsonic, but on plenty of occasions the aircraft was taken through the sound barrier.

Other kits of the Victor include the Revell tanker version. This SMN article also includes details of Victor secret projects, including a jetliner version. 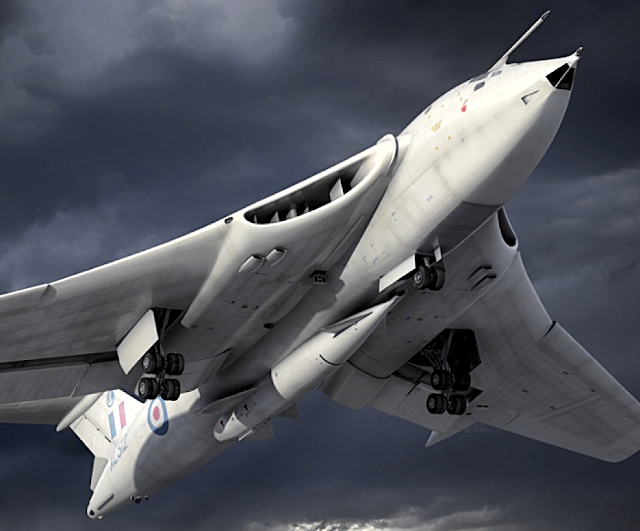 Click here for some brief glimpses of an original wooden Victor wind-tunnel model in an SMN video. Scroll down the article until you hit the video, then hit play.