REVELL HAS REISSUED ITS BOEING 747-400 with a set of special decals marking ‘The Book of Souls’ world tour by the Iron Maiden rock band.


Mat Irvine: When flying on a tour, the members of British heavy-metal rock band Iron Maiden don’t need to wait for their flight crew to turn up, as lead singer Bruce Dickinson is a fully-qualified airline pilot. He is Captain of Iron Maiden’s own aircraft, the Boeing 747-400, known as ‘Ed Force One.’

The parts layout (below) reveals that, apart from the decal sheet, this is the standard Revell 1:144 scale Boeing 747-400 kit. 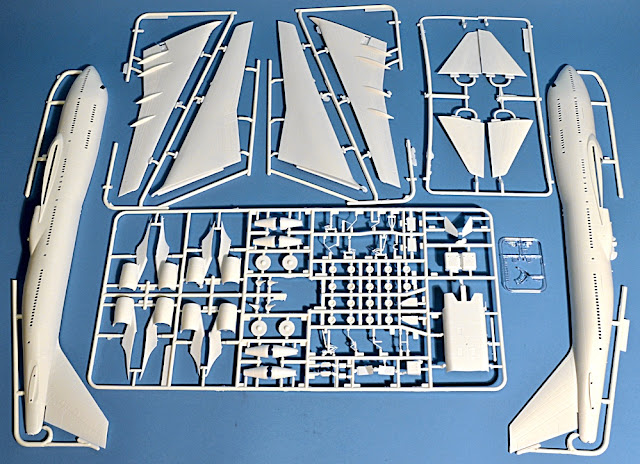 The unique markings of Ed Force One are the whole point of this 1:144 scale Revell 747-400 kit. The wings and horizontal tail are normal enough, being finished in standard two-tone grey, with white overall for the fuselage. But the rest - including the fin’s giant image of the band’s Ed mascot - are all on the decal sheet, as are window and door frames. 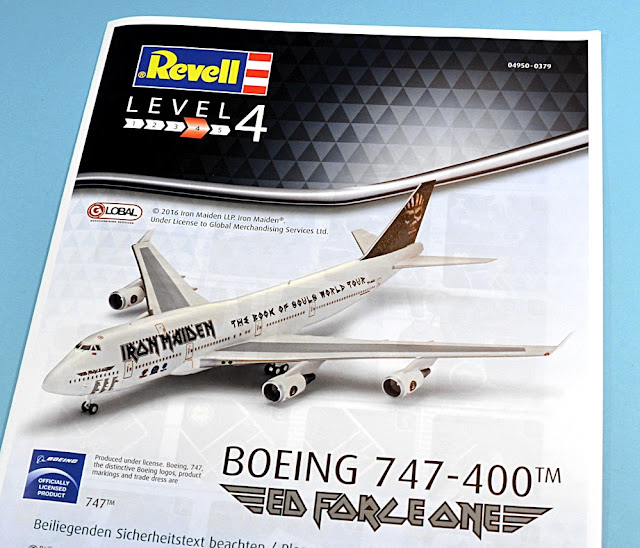 Construction of the kit is straightforward, as with previous issues. The landing gear can be built extended, or can be omitted entirely and the doors fitted in place. However, it’s worth pointing out that if you choose this option, you will have to support the model somehow, as no stand is provided. Nylon fishing line is always good for hanging a model in mid-air, though you will have to root about in the bits box if you want a normal desktop display stand.

Scale plan views (below) provide details for painting the kit. 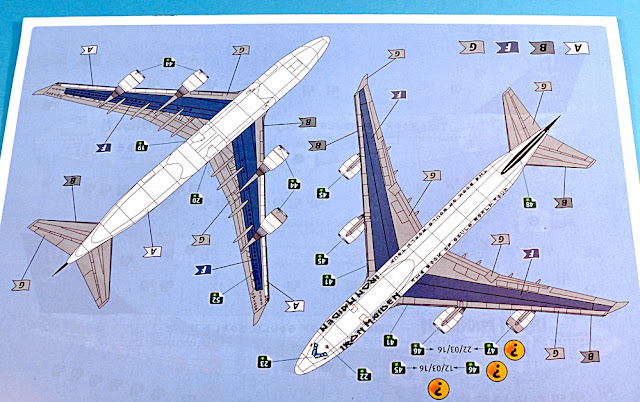 About Ed Force One
Iron Maiden have used several airliners for their tours, but all are called Ed Force One, just as any aircraft carrying the US President is automatically labelled Air Force One during that mission.

The Ed Force One idea started in 2008, when the band realised that it was more convenient, and better for logistics, if the vast musical ensemble - band, roadies, management, equipment - were all travelling on one aircraft. So a Boeing 757 was hired from UK-based Astraeus Airlines, and painted in Iron Maiden colours. The plan was helped by the fact that Bruce Dickinson was a Captain and Marketing Director with Astraeus.

The decal sheet (below) is rightly a comprehensive affair, with all markings present and correct.

The ‘Ed’ part of the 747’s name comes from the band’s mascot ‘Eddie,’ which was first seen on stage as a paper-mache mask. A fan competition provided the complete title. The current Ed Force One is an ex-Air France machine.

The assembled and finished kit, as seen (two pix below) at the 2016 Scale ModelWorld, Telford, UK.

Have Ed Force One and the US Presidential Air Force One ever been seen together? The answer is yes, though it was just a coincidence, at O’Hare Airport, Chicago, January 10, 2017. 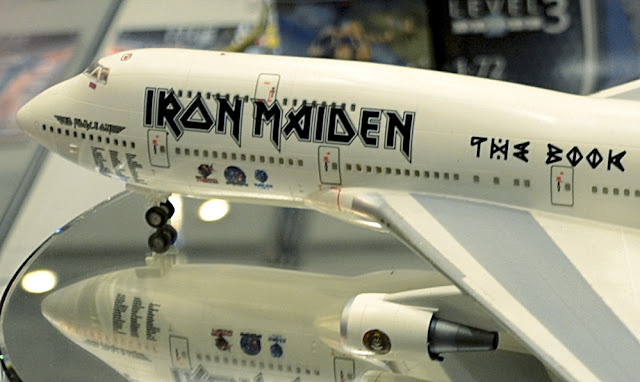