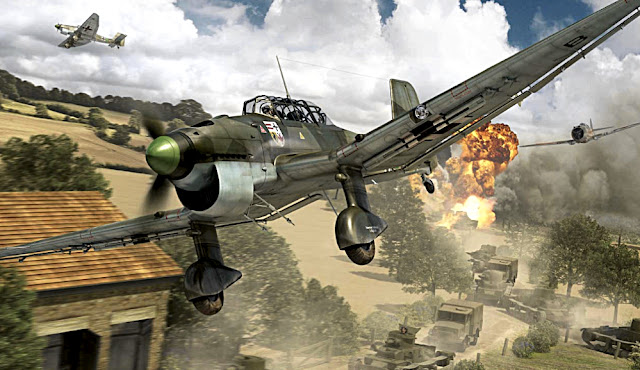 
SMN report: A bigger scale enables so much more detail to be included in a kit. And the 1:48 scale Airfix Ju 87 B-1 looks to be a good example of that extra value. Note (below) the engine and removable wing panels that add touches of realism, also the careful lines of rivets on the upper surfaces of the wings. 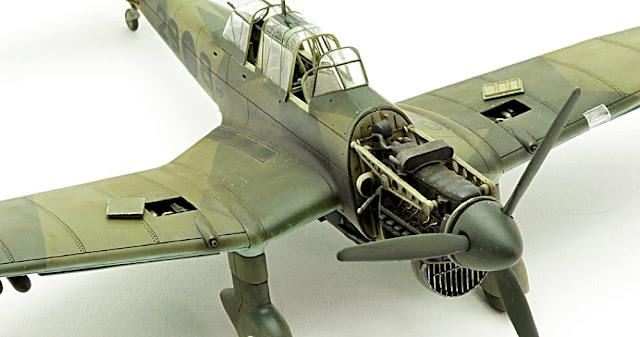 Assorted ordnance (below) is provided for hanging under the wings and fuselage. Sliding canopy sections for the two-man crew allow the cockpit area to be seen easily. 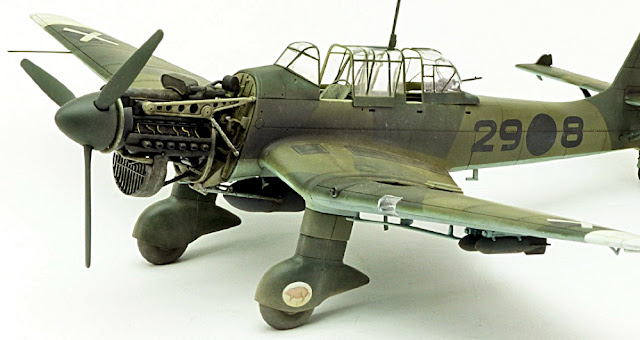 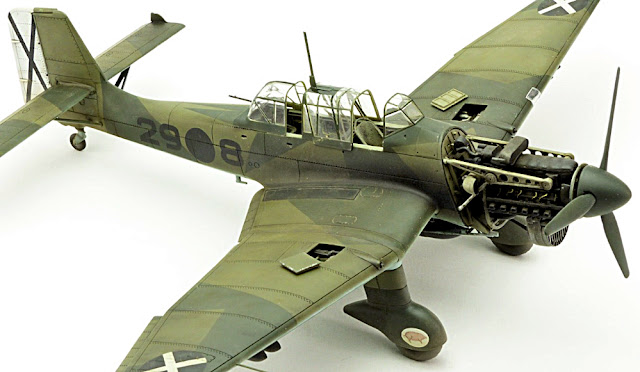 Markings provided (below) with the Airfix 1:48 scale Junkers Ju 87 B-1 are for the Luftwaffe and Condor Legion. We're betting the latter will be the finishing choice for many model makers. 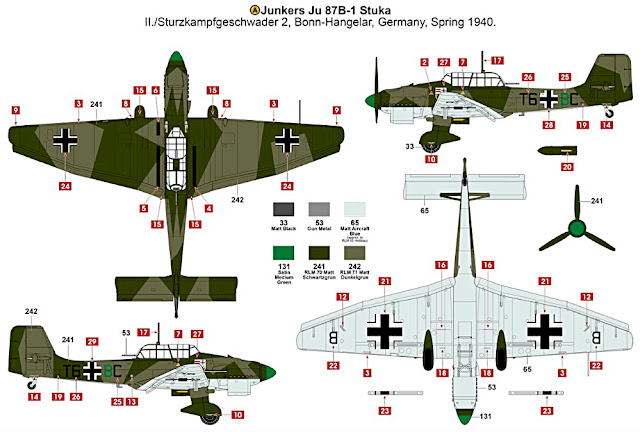 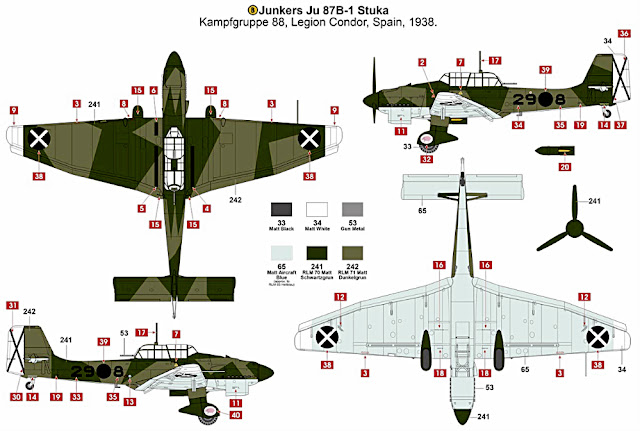 The 1:48 scale Airfix Ju 87 B-1 looks well up to the standard of new kits from this company. It'll be interesting to compare it with the even bigger 1:24 scale kit that's presently available.