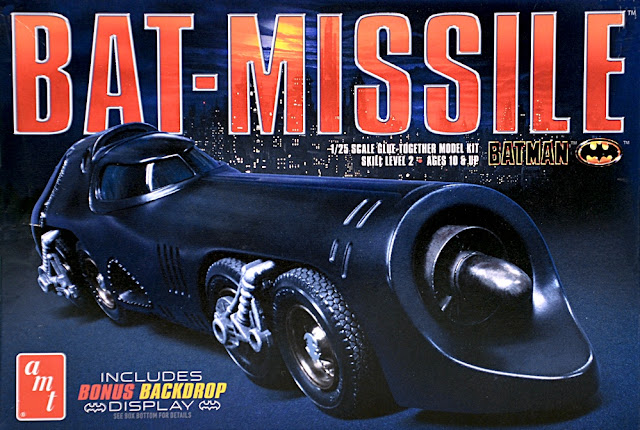 ANOTHER FANTASY KIT FROM AMT, THE 1:25 scale Bat-Missile depicts a machine seen briefly in a Batman movie of a quarter-century ago.


Mat Irvine: This is a reissue of the vehicle that appeared in Batman Returns of 1992. At one point in the movie, the Batmobile morphs into this Bat-Missile version, basically by throwing off outer panels and twisting the double wheels, to become an slender eight-wheeler.

The resulting vehicle bears scant resemblance to the Batmobile, though. Really, it’s just the cockpit and air intake that remain recognisable. 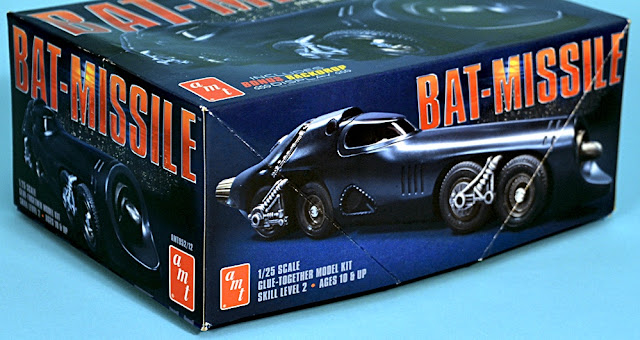 The colour-printed box base (below) has extra information to read, and a macro shot of the single-seater cockpit. 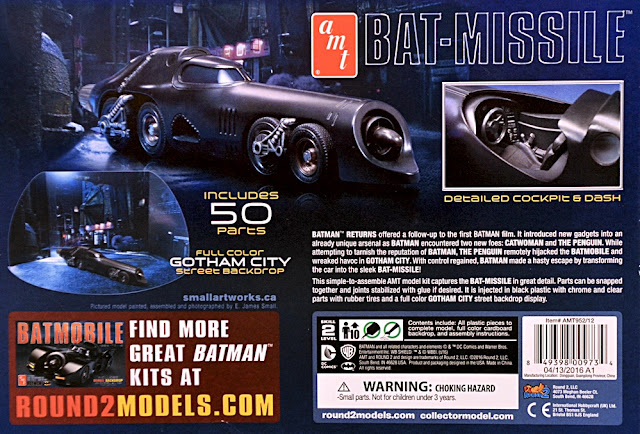 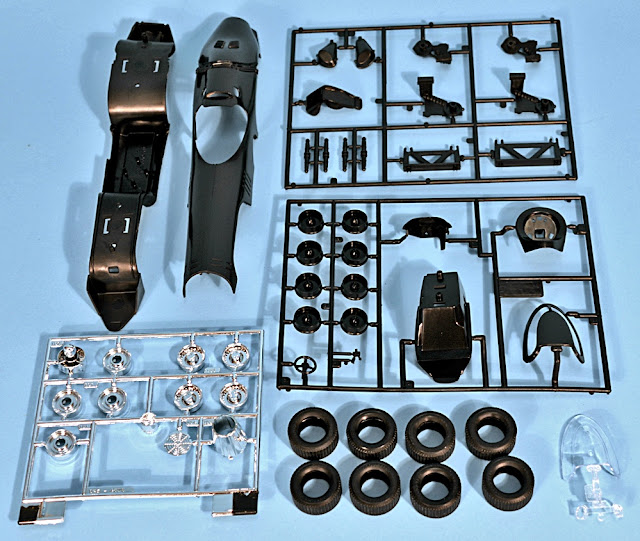 The original kit was a new-tool product, initially intended as a snap-together kit. The snap option remains with this new reissue, though the kit is being sold as a conventional glue-assembly model. 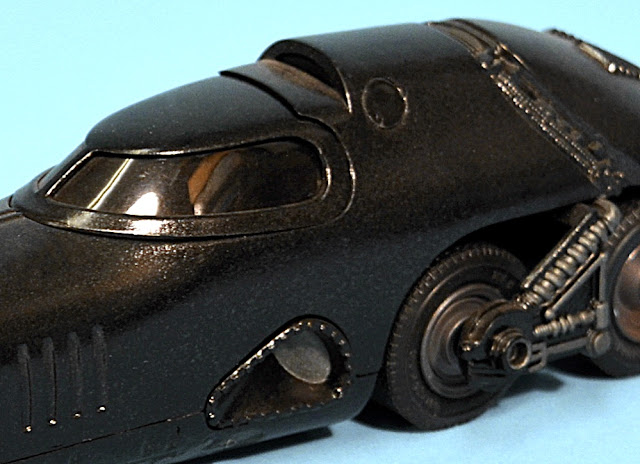 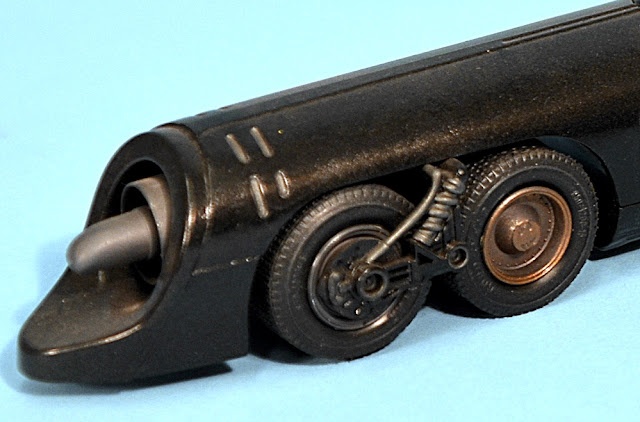 The Bat-Missile’s underside (below) emphasising the narrow-track eight wheel layout.

As with other reissues from Round 2, AMT’s owner, you get more than just the plastic model itself. All the Batman reissues have been accompanied (below) by a large full-colour 'Bonus Backdrop Display.' This one follows style, and assembles to give you a suitably sleazy part of Gotham City. Just the diorama setting in which the Dark Knight can rid the streets of villains! 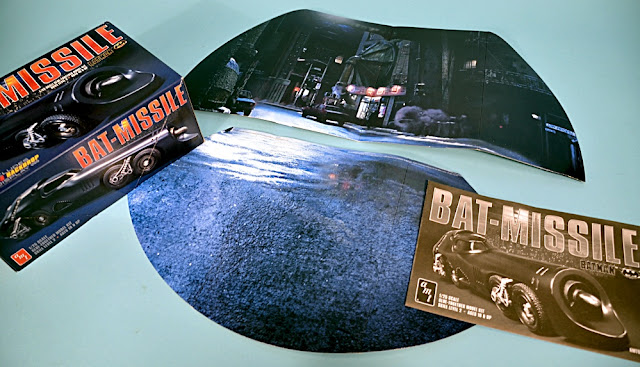 Backdrop assembly is straightforward (below). 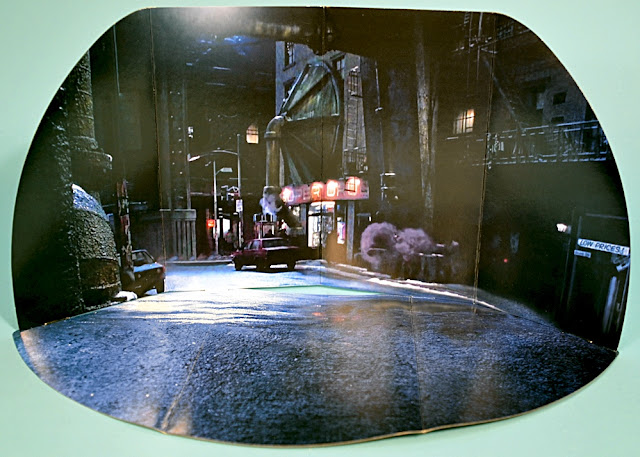 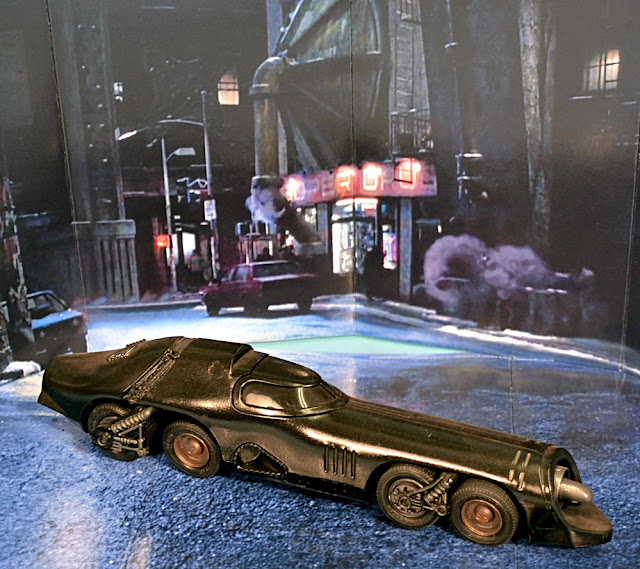 The original box (below) with line-art illustration. Note the ‘Snap Fast’ logo is prominently displayed, as is the 'for the beginner' tagline. 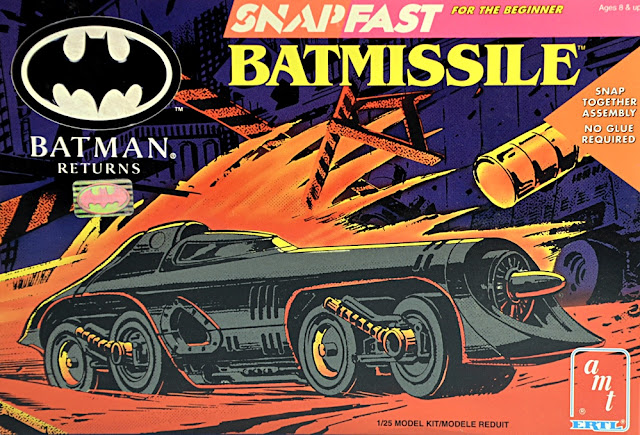