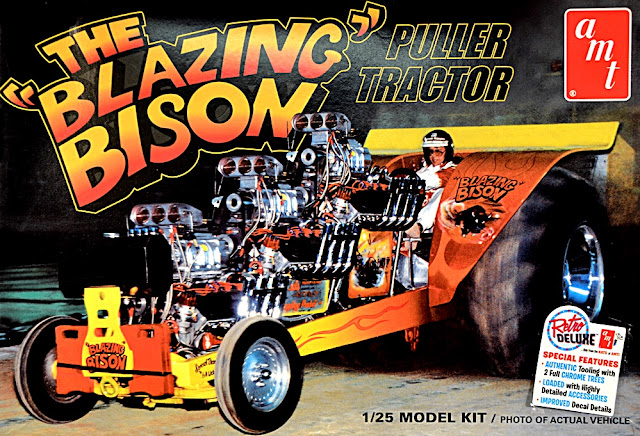 THIS UNUSUAL RE-RELEASE FROM AMT features a triple-engined monster machine that went to work at shows and exhibitions in the 1980s.

Mat Irvine: This 1:25 scale puller-tractor kit was first released in the markings of Meister Brau lager beer, while this reissue uses the Blazing Bison name. But so far as the kit itself is concerned, apart for the sponsor name on the decal sheet, everything remains the same. Well, perhaps not quite the same, for the 'Retro DeLuxe' sticker on the box reveals that the decals at least have been improved.

The kit has three engines to assemble, plus superchargers. When complete, the engines are stacked on a custom rail chassis. The driver sits behind them, with giant fenders either side that cover the equally large rear wheels and tyres. 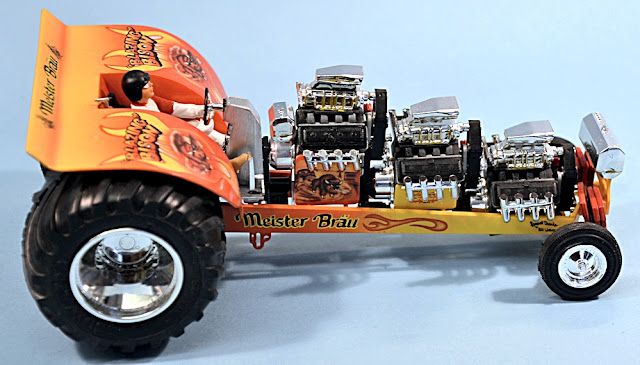 The paint job is yellow and orange, with suitable Blazing Bison decals. Also supplied is a wide range of accessories. You get a lot of weights, which were used to keep the front end down, and at the rear to reduce wheelspin. There is also a hand-pulled trolley, with batteries, tool box, fuel can and - these tractor pulls are thirsty work - a cooler for drinks.

Box side panel (below) shows the accessories supplied with the kit. 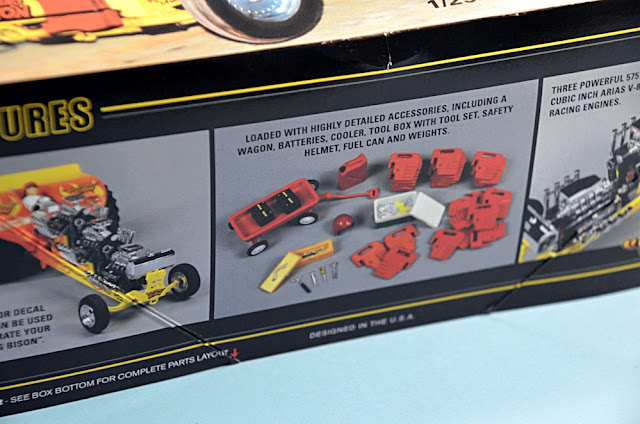 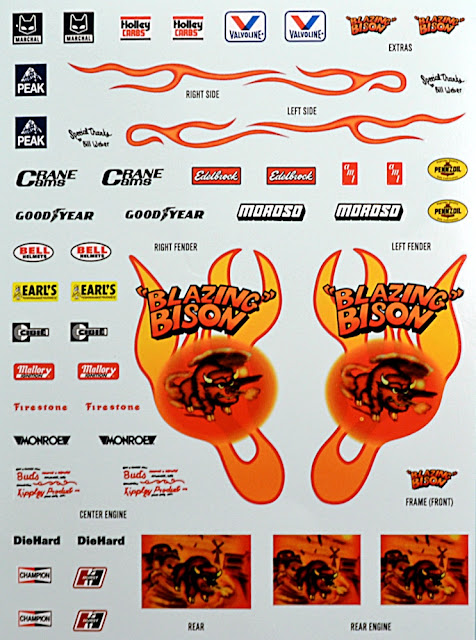 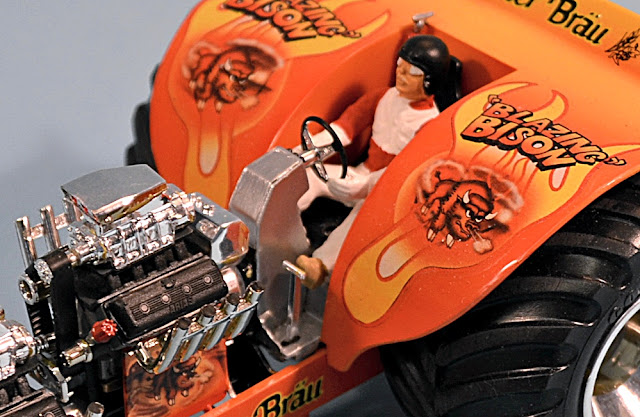 Some of the accessories (below) that are included. The orange rectangles are metal weights, used by the real thing to increase traction and pulling power. 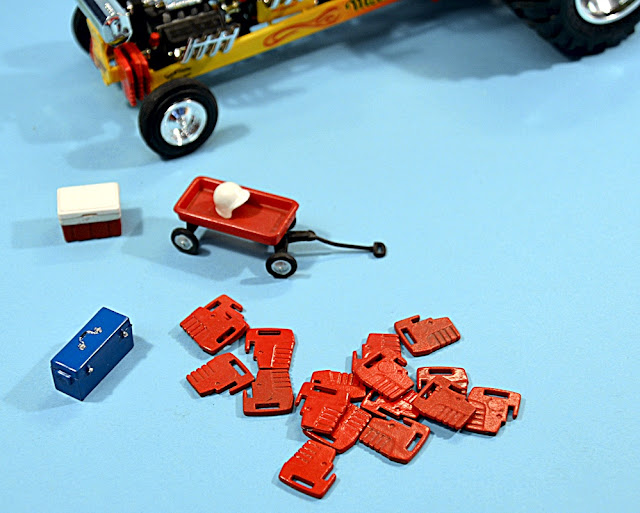 About the Bison
Puller tractors are designed for one task only, to pull very heavy loads - like 20 tons - over a set distance. It’s a bit like a drag race, but with the dragsters having to haul the grandstand behind them!

Puller tractors are all about power, and the Blazing Bison lives up to its name, having no less than three V-8 Arias racing engines. They generate 4000 hp, and use gearboxes and final drives that, appropriately enough, come from Caterpillar earth-moving equipment. 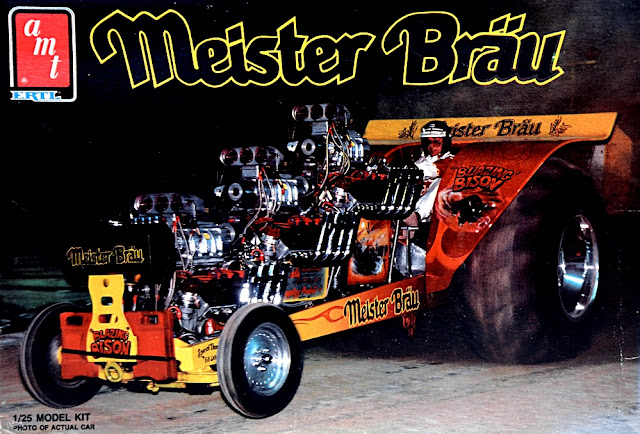 Summation
It’s certainly a model with a difference. Should be in the collection of anyone who enjoys tractors, trucks, and truckfests!