THE WILDEST HAULER OF ALL TIME: TOM DANIEL'S BEER WAGON KIT FROM MONOGRAM 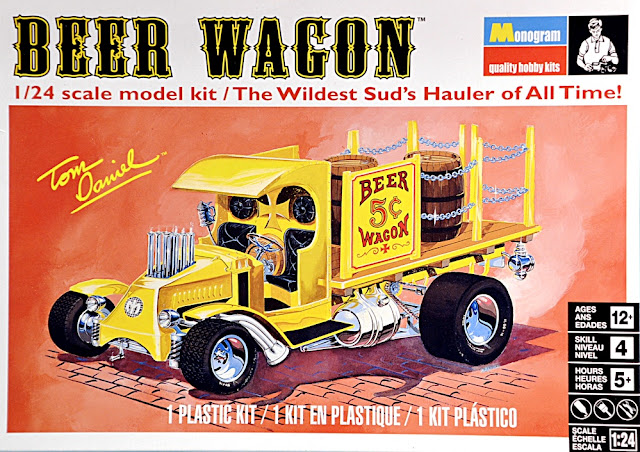 TOM DANIEL WAS A DESIGN CONSULTANT for Monogram in the 1970s, and the Mack Beer Wagon was one of more than 85 kits he designed for the company.


Mat Irvine: This is a reissue of a Monogram show rod from the 1970s, based on an original from Tom Daniel, often reckoned as ‘the most prolific designer of wild automotive and cycle designs ever.’

The 1:24 scale model follows the style of many similar kits of the period, with straightforward construction, loads of chrome, and all based on a theme around a particular subject. In this case - and the clue is in the name - it’s a beer delivery truck.

The box design (header pic) reruns the original design, even if the modern coding notation printed at bottom right is a rather heavy-handed visual spoiler. The side panel (below) includes useful pictures of the finished model. 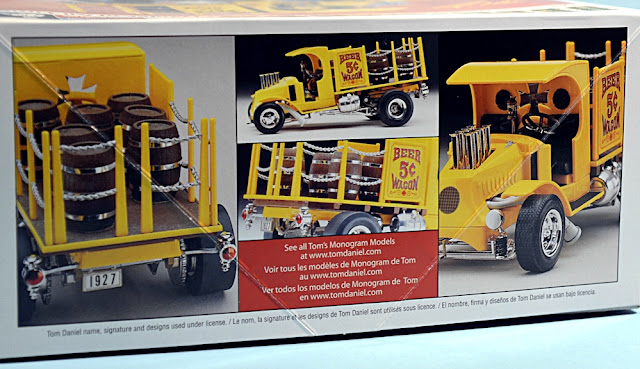 The basis for the truck is real, as it’s an early Mack Bulldog, which had chain driven rear drive, as did other Macks of the period, including a gas tanker and log hauler. Stock versions of these two have been kitted by Monogram. The Beer Wagon is perhaps slightly less authentic, but the distinctive radiator shell and the rear chain drive are both there. Plus there is a C-cab (named after the shape of the side openings), bar-stool padded seats, and a beer stein as a gear-shifter knob.

Layout of parts (below) shows five beer kegs (moulded in two halves) on the brown runner, plus two more on the yellow runner at top right. 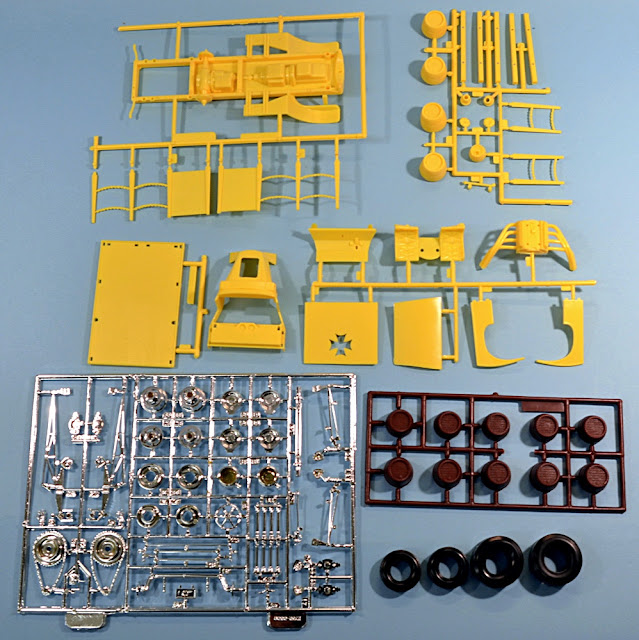 According to Tom Daniel, “…The idea for a Bulldog Mack truck hot rod beer wagon came from Roger Harney and Bob Reder of Monogram. The C-cab leant itself well to hot rod styling. The cross and the German theme reminded me of Milwaukee and its beer and German heritage. I used the original chain drive and added chrome beer keg gas tanks.”

The instructions (below) are clear, while the small decal sheet is well printed. 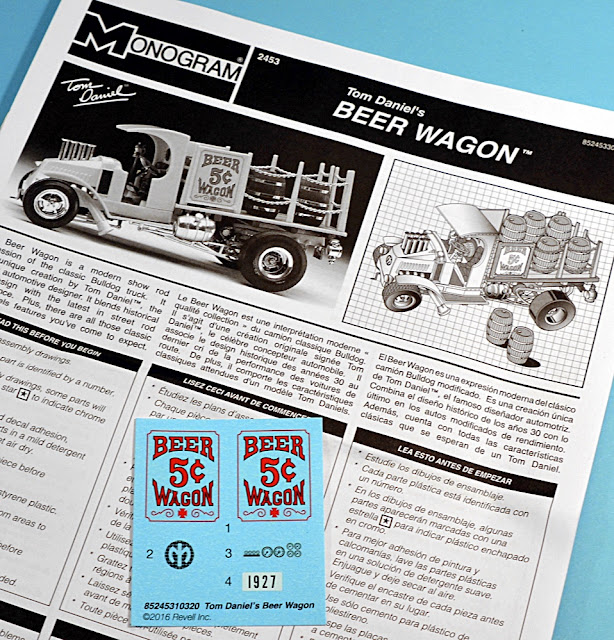 And of course the beer kegs - seven are supplied - are the whole reason for the kit. Two are moulded, along with the bulk of the kit, on the main runners in yellow, but you get five more moulded in brown styrene, to place on the pickup bed. Actually, if you count them, then arguably there are 10 beer kegs in all, as two more form the gas tanks, and half a keg sits between the seats.

The kit is a pleasure to assemble, with plenty to hold the eye when it's complete. Note the engine injector stacks protruding from the Mack's hood. 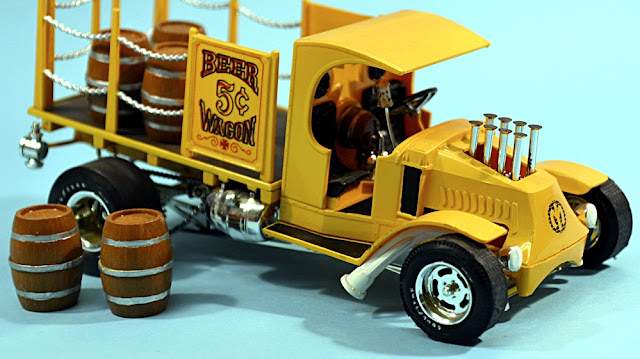 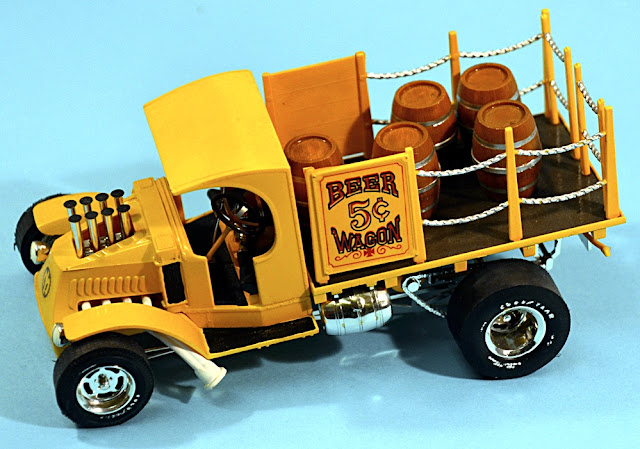 The kit has been issued a few times since its first appearance, with one issue (below) where it was converted into an ‘RC Cola Wagon.’ Strangely though, that version didn’t catch on. 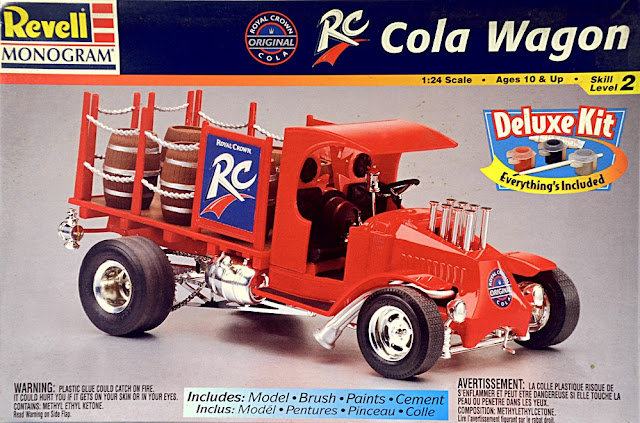