BLAST FROM THE PAST: V-2 TERROR WEAPON FROM TAKOM 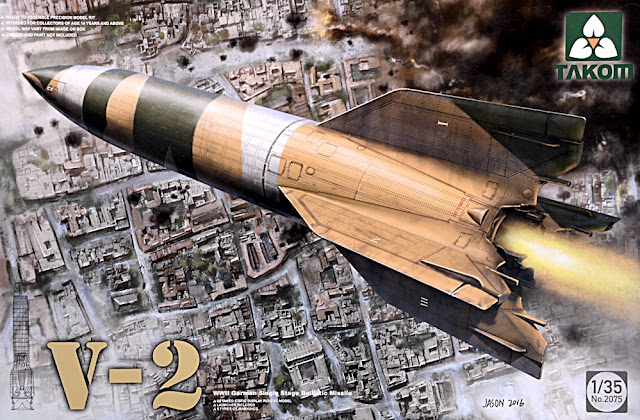 THIS TAKOM KIT OF THE V-2 MISSILE is not the first in 1:35 scale, but is one of the most-detailed models yet released.


Mat Irvine: We are not exactly short of model kits of the world’s first ballistic missile, arguably the forerunner of all launch rockets. But this release, from Hong Kong-based Takom, is certainly one worth having if you are short of a V-2 in your collection.

Parts layout. Note (lower middle below) that there is a small decal sheet and a single photo-etch component. In fact, there are more parts than required for the V-2 itself. Some are used for the separate transporter kit, but are also included on these runners. 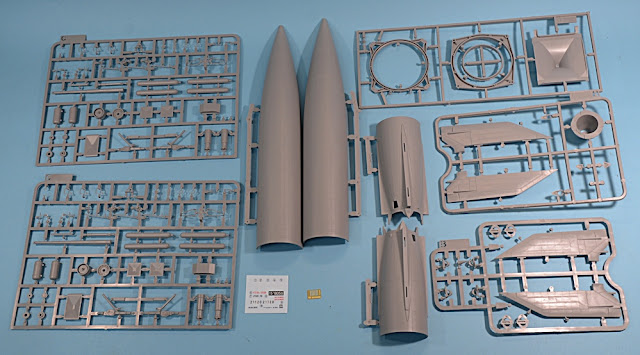 The Takom V-2 also has the advantage that it can be augmented by adding a separate kit of the transporter set-up, the Meillerwagen and Hanomag tow truck. However, the particular kit we show here models just the rocket and its launch pad. 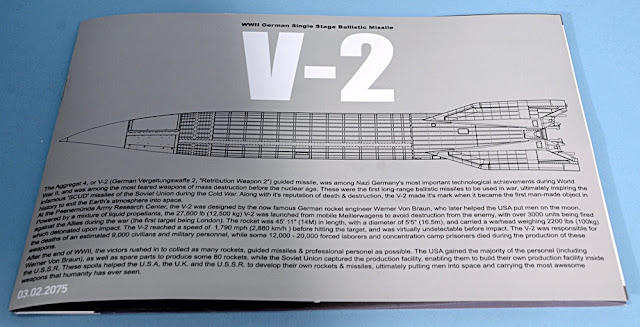 Slightly oddly, there are no locating lugs on the fuselage halves (below). 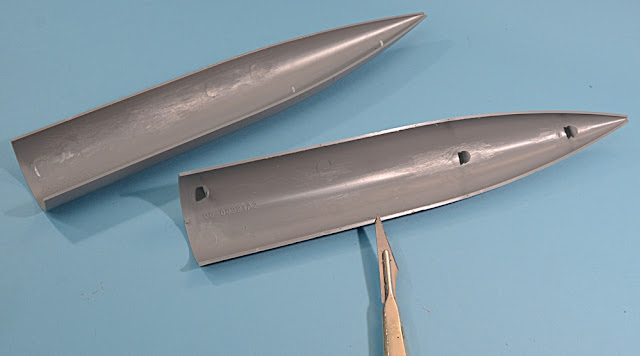 I held the fuselage halves together with elastic bands (below) to keep them lined up. Then I applied liquid cement along the joint.

Final alignment was aided by clothes pegs (below). Note the circular part of the launch pad moulding is actually the joining ring for the upper and lower fuselage halves. 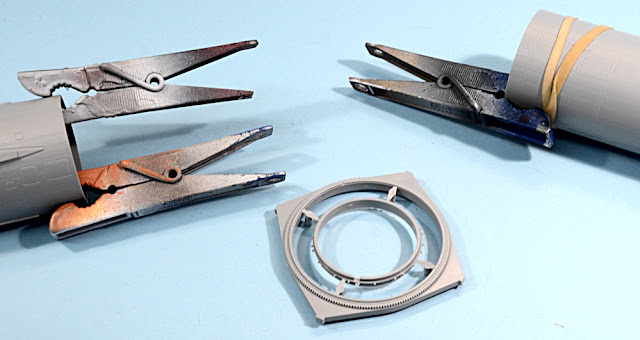 The launch pad is reasonably straightforward to put together, though care needs to be taken when fitting the support legs. There are also very small parts to be fitted (below) where the rocket rests on the pad, but the whole assembly goes together without too many problems. 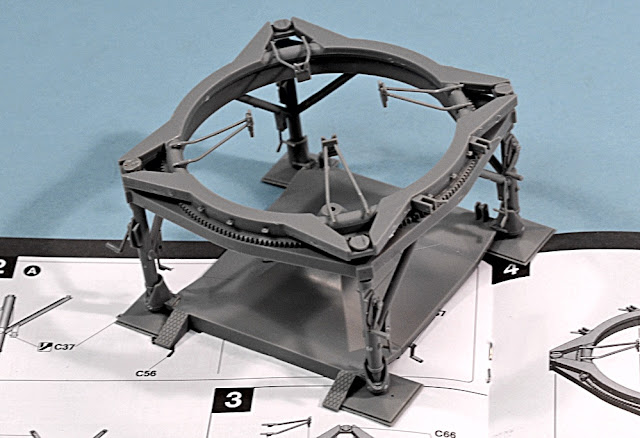 I sprayed a coat of olive drab to finish the launch pad (below). 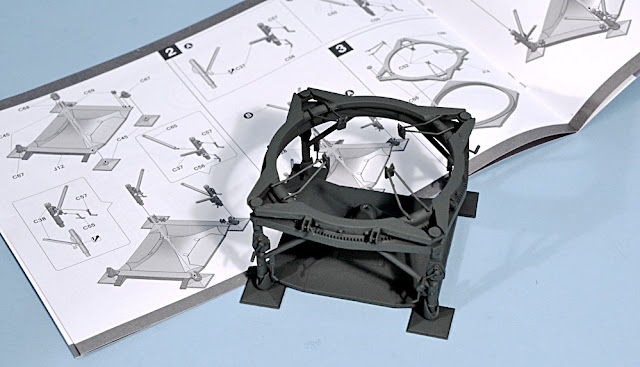 The V-2 itself is simple to construct. Takom has made no attempt to include interior detail, though the V-2 has separate upper and lower halves, connected by a ring of vents. The lower vents are separate parts, as are the steering vanes.

The four fins (below) are interesting in not being made of two halves as might be expected. Instead, each is a one-piece moulding. Note the ring-shaped component which joins the upper and lower rocket sections. 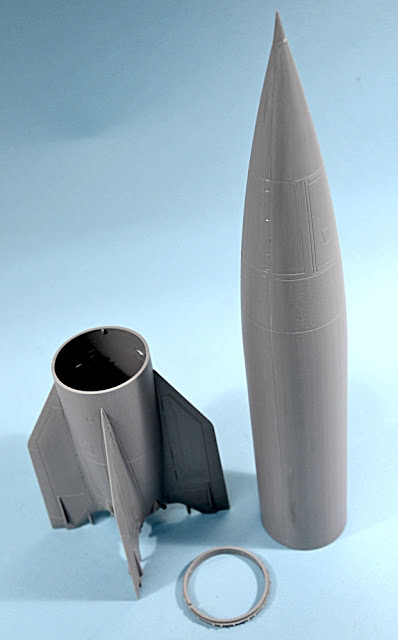 The instructions (below) show several V-2 colour schemes. So far, I haven’t decided which one to use, so the model currently remains in primer white. 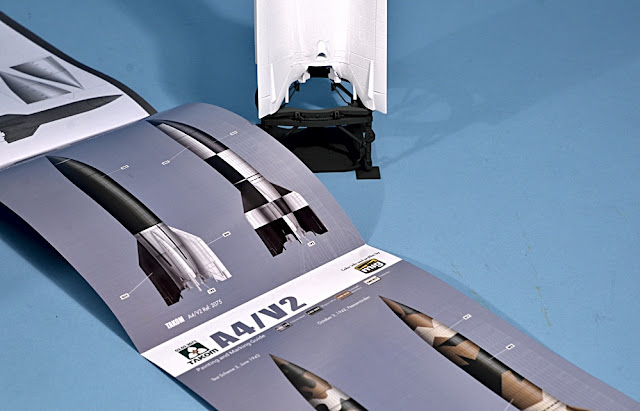 The completed Tacom V-2 and launch pad (below) seen here in pristine white, waiting for its final coat of paint. 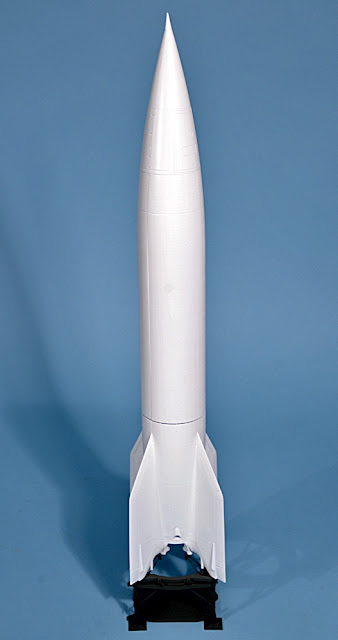 Come back soon to see my finished build notes on the Tacom V-2, and to see the transporter setup assembled and completed.

Thanks to Pocketbond/Bachmann UK for the review kit