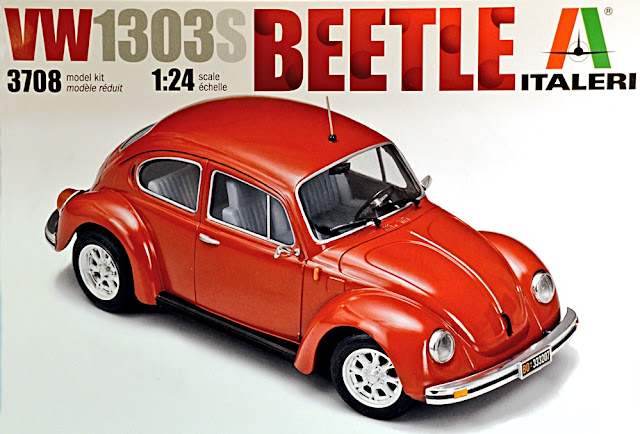 THIS ITALERI KIT OF THE VW 1303s Beetle goes to prove the old saying, never take anything for granted.


Mat Irvine: When I first learned that Italeri was making 1:24 kits of both a saloon and a convertible Volkswagen Beetle, I assumed they would be the same as the recent Revell kits. Italeri and Revell are independent companies, but there have been various kit-tool exchanges over the years, with many models being joint ventures.

So I thought that if both Revell and Italeri make 1:24 scale Beetles, they must be the same kit. However, this is not the case. The Revell kits (click here for SMN review) are brand-new originals, whereas this Italeri Beetle is actually a reissue of an older kit from the Japanese manufacturer, Imai.

Parts layout (below). Note the pair of metal axles. Left- and right-hand drive dashboards are supplied. 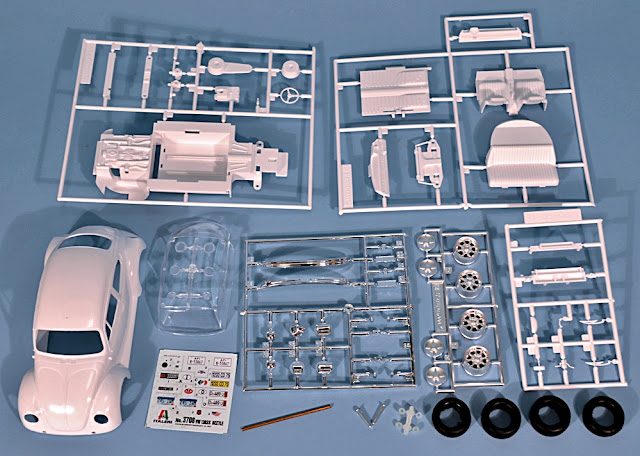 The Imai kit was originally motorised, so although a motor has not been included by Italeri, some elements of it are still apparent, especially the relatively large battery compartment. This intrudes into the interior (below) which means the floor pan is raised up higher that it should be, forcing the seats to be rather squat.

But there is at least one advantage with a fairly simple kit like this - it goes together quickly. So the chassis and interior can be assembled as one, including the built-in steerable front wheels. It’s then best to paint the interior all-black, either in satin or matt finish, which also helps to make the dumpiness of the seats less apparent. 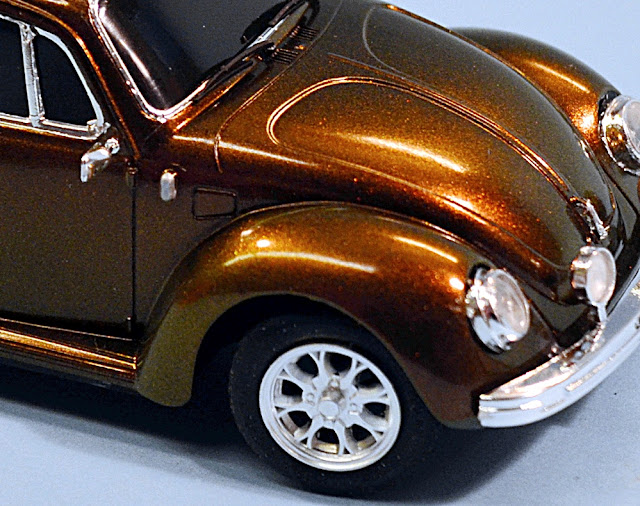 Alternatively, you could treat the kit as a US-style ‘slammer’, where the glass is dark-tinted. In fact, in a true slammer there is no interior at all. 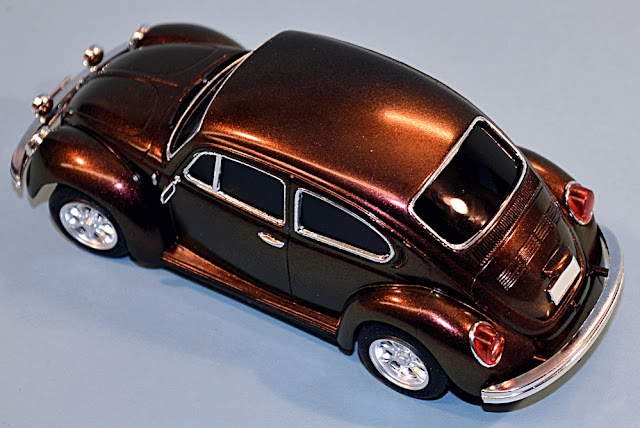 Building the Italeri Beetle gave me the opportunity of trying out still a relatively new product, a Humbrol Multi-Effect two-tone (aka flip-flop) spray. I first painted the bodywork gloss black, then when it was dry, sprayed a coat of red Multi-Effect over the top. The finished effect is that the coating shimmers in different shades, depending on the angle of light falling on it.

I parked the finished Italeri Beetle (below) on a simple diorama base. 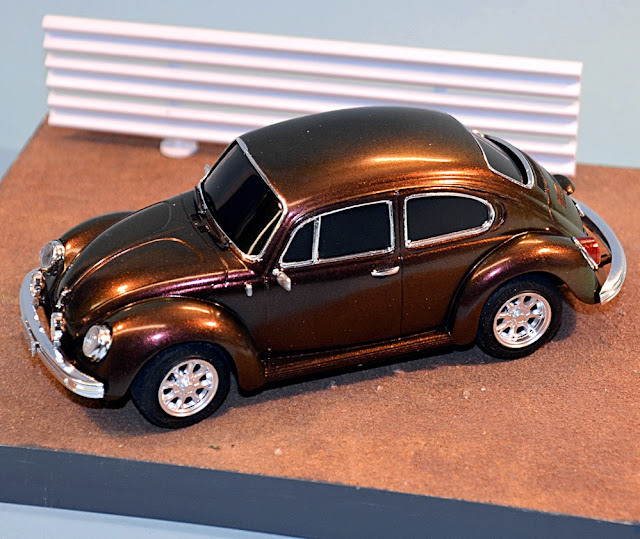 Humbrol (below) currently has five shades in its Multi-Effect range. 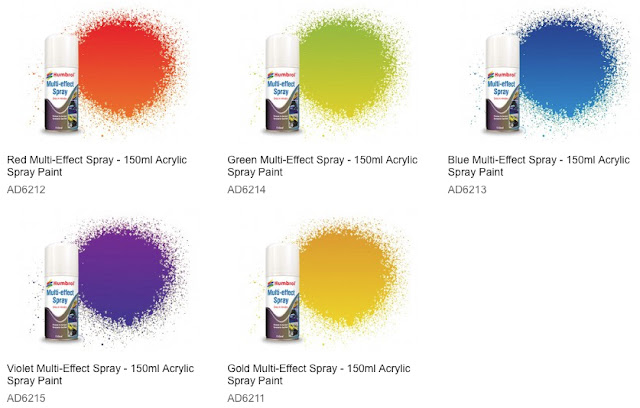 To finish off the Italeri Beetle, I added front and rear light clusters, and finished the window surrounds with BareMetal Foil.

Summation
A quick and easy kit to build, if you can accept the squashed interior. The end result looks good, and is well worth adding to a Volkswagen Beetle collection. Humbrol Multi-Effect paints work well, and will be useful for specialist show needs.

Click here for more VW Beetle and other custom stuff at SMN.