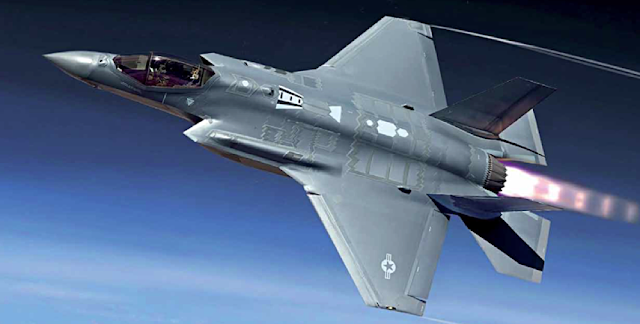 THE F-35 LIGHTNING II IS FAR AND AWAY the most expensive military weapon system ever conceived. And here is a 1:32 scale kit of the F-35A version, aimed at model makers who enjoy building state of the art jets.


SMN report: These images arrive courtesy Italeri's UK distributors, though no release date is given. We reckon it should be entering the stores in time for Spring 2017. 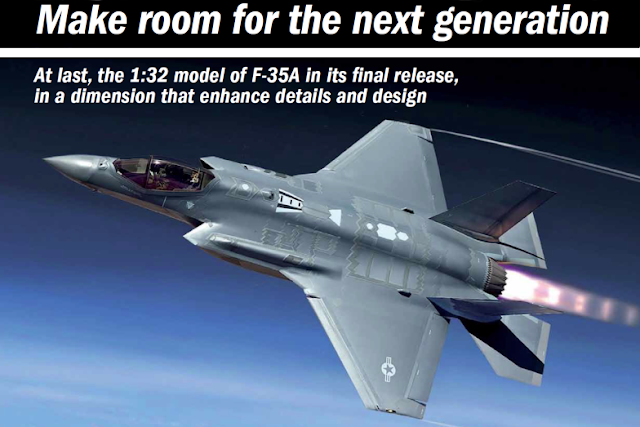 Italeri has included details on the F-35, a weapon programme that has seen more than its share of expensive delays and modifications. Previous kits have concentrated on development machines, the Italeri version being an F-35A that is near squadron level. 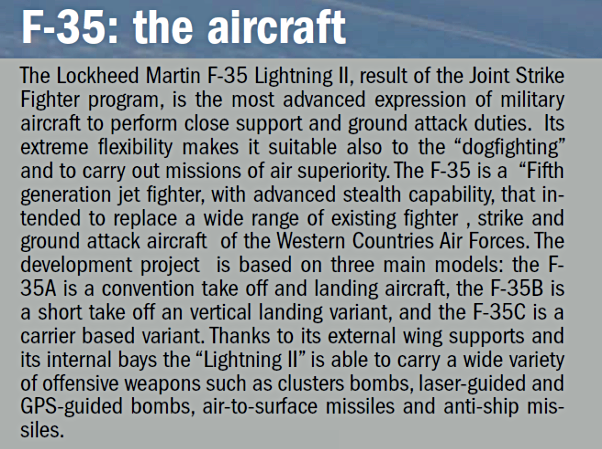 There are plenty of components in the F-35 box, comprising 270 plastic parts with a further 20 photo-etch details. We'll be waiting for the F-35B STOVL version, as planned for the US Marine Corps and British Royal Navy. 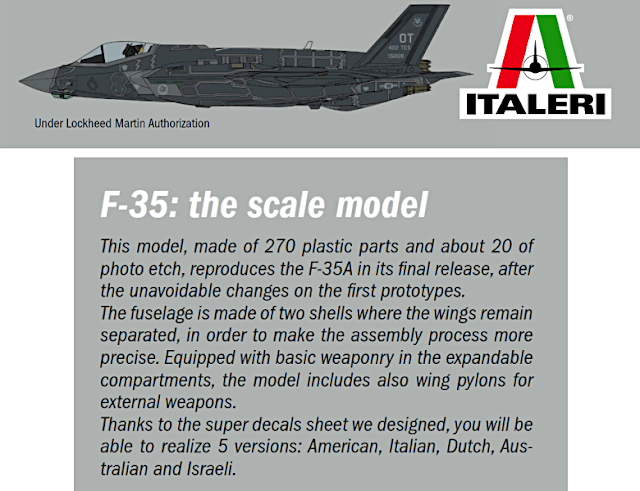 Dorsal refuelling doors (below, upper) have been included, as have flatted tyres. Wheel well detailing looks accurate, as does the general outline. Note the serrated engine nozzle. 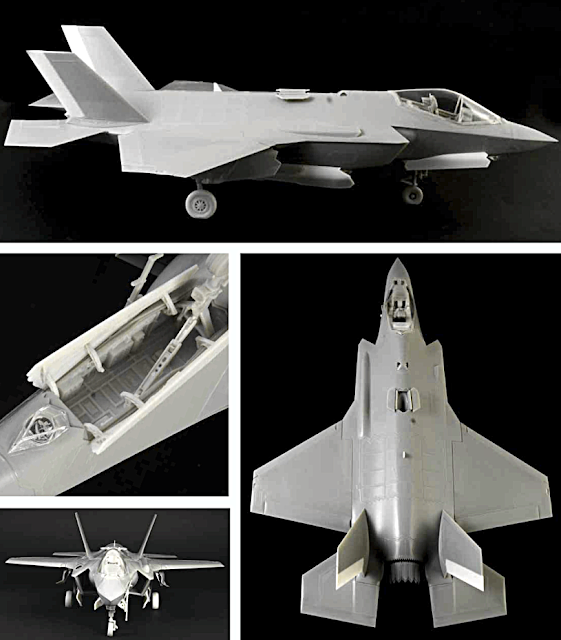 The double-hexagon ladder door (below, top right) has been included, and the included weapons fill the payload bays convincingly. The real thing can also tote ordnance from underwing pylons, even if that takes away most of its radar-proof stealth capability. 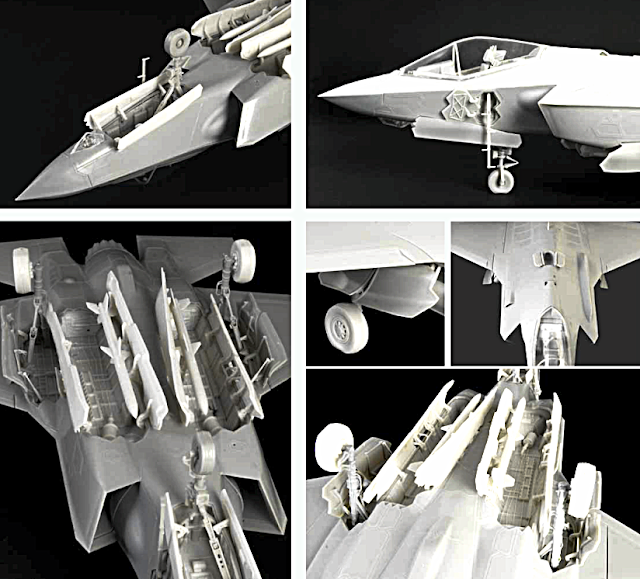 Note (below) the test model has been assembled 'without photo-etched parts.' It still manages to look convincing, though. 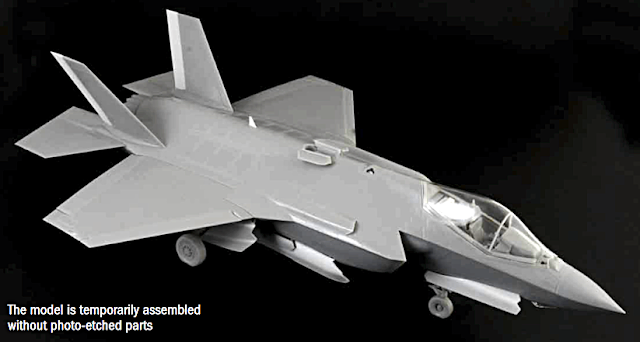 Summation
There aren't enough details to judge the kit itself, but the 1:72 scale Italeri F-35 is a good product, so we are looking forward to getting our hands on this much larger hunk of plastic.
Email ThisBlogThis!Share to TwitterShare to FacebookShare to Pinterest
Labels: F-35, Italeri
Newer Post Older Post Home