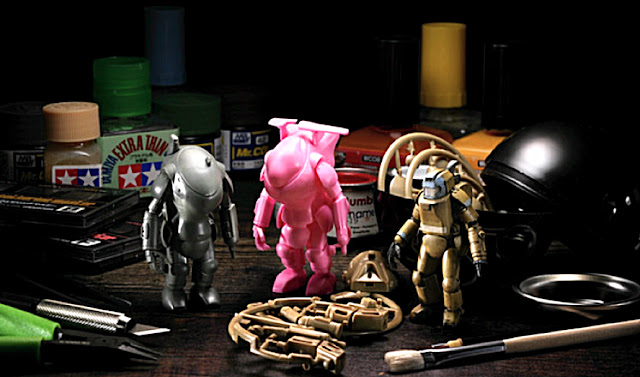 A NEAT TWIST ON THE MA.K science fiction line, these so-called ‘capsule’ models are packed randomly in boxes of twelve. 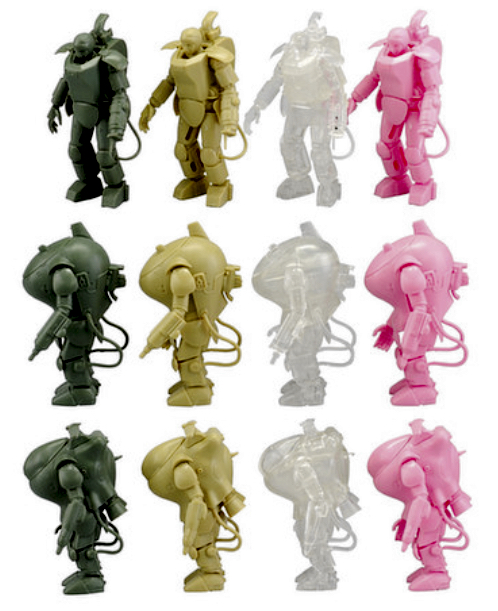 There are three different types of mechs available in this capsule series, each type coming in any of the four shades shown. 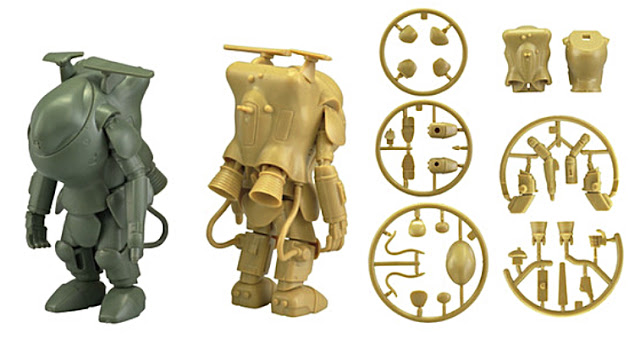 Note that these Ma.K figures are conceived as trading items, so are individually sealed, then packed in boxes of a dozen by the manufacturer. Once opened, they lose much of their trading appeal, but where model makers are concerned, this doesn’t really matter, as you will instead have a squad of power soldiers that can be placed in any diorama situation you like. 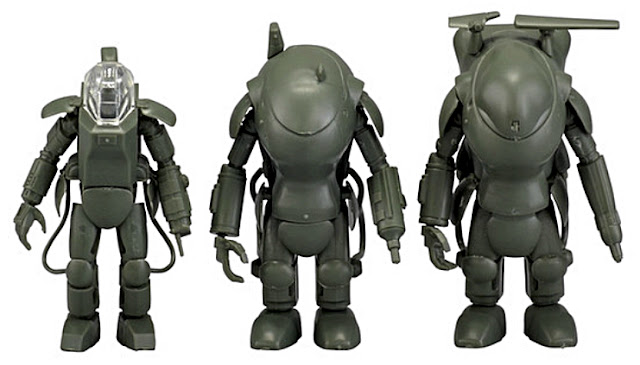 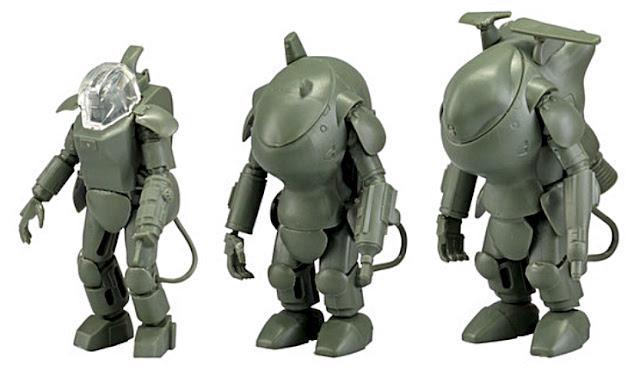 Assembly is easy, although cement will be required. As they are sci-fi items, you can of course paint and detail them as you like, either in combat colours of the Ma.K universe, or in your own battle scheme. 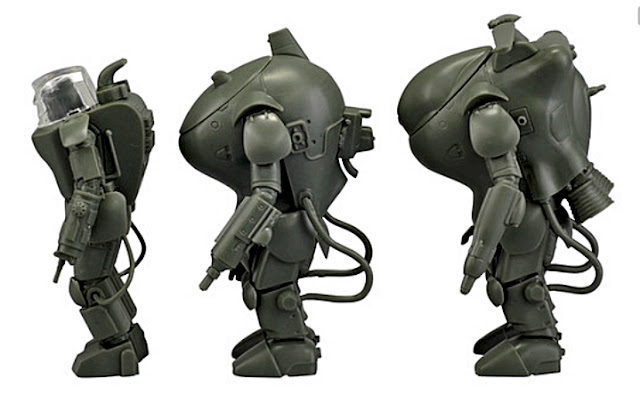 For those unfamiliar with Maschinen Krieger, the pix (below) give an idea of the wide variety of models on offer. The painting shows an Ma.K combat unit in action. 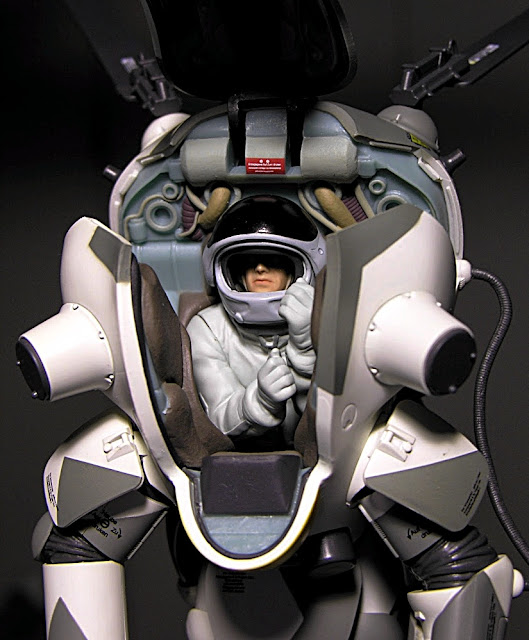 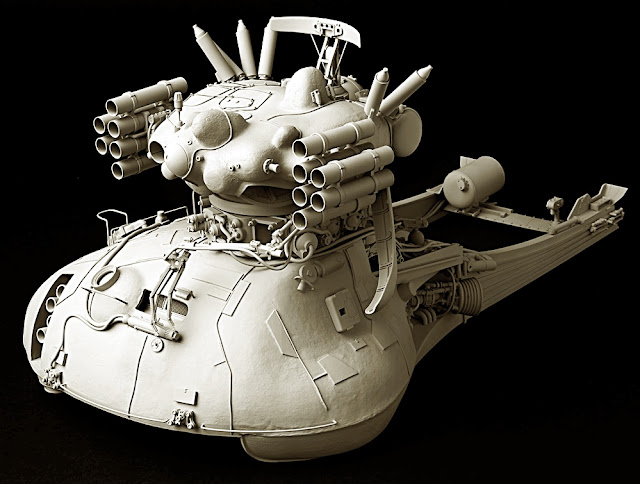 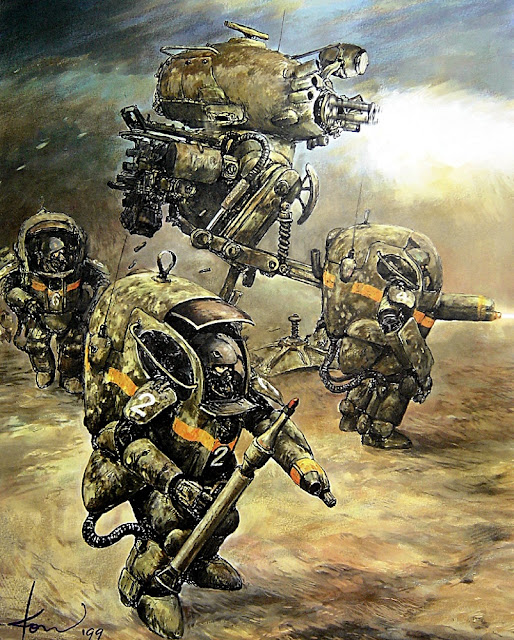 Of course power soldiers are not a new idea. To the best of our knowledge, the man who came up with the concept was that grand old man of silver-age American science fiction, Robert A. Heinlein.

Heinlein's Starship Troopers was a seminal work, in my view mostly for the technical expertise that Heinlein put into the concept of future weaponry. Having said that, Heinlein stirred up a real hornet's-nest with several of his books, including this one. He was accused by PC warriors of all sorts of 'isms' including charges of fascism, militarism, utopianism, and racism - to name but four.

All that mattered not to this young reader. Heinlein could stitch together words with the best of them, as proved by the multiple science fiction awards heaped on his works.

Starship Troopers was published in 1959, though the shorter Starship Soldier version had already been released in the pages of The Magazine of Fantasy and Science Fiction (below). 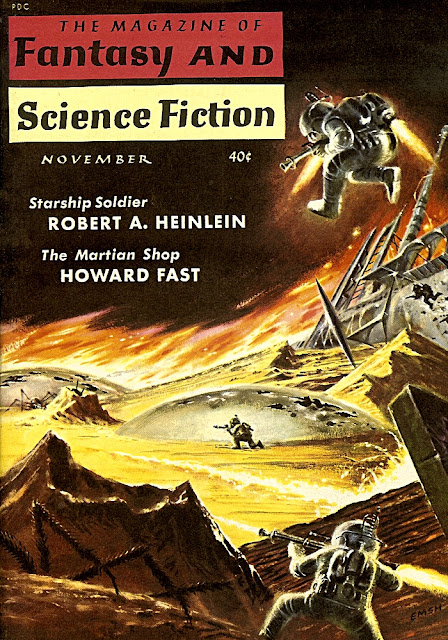 The Four Square paperback edition (below) was published in the UK. 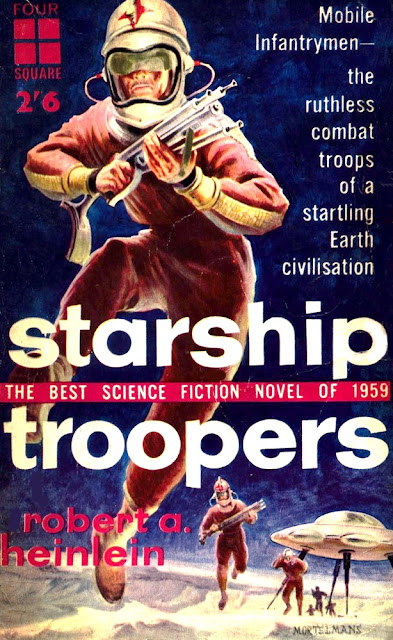 A highly graphic treatment (below) graced a German edition of the novel. 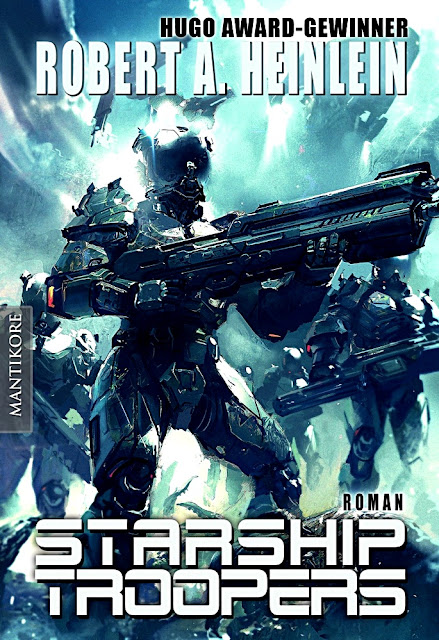 Another edition (below), published by New English Library, proved that Heinlein's work has provided work to a variety of illustrators over the years. 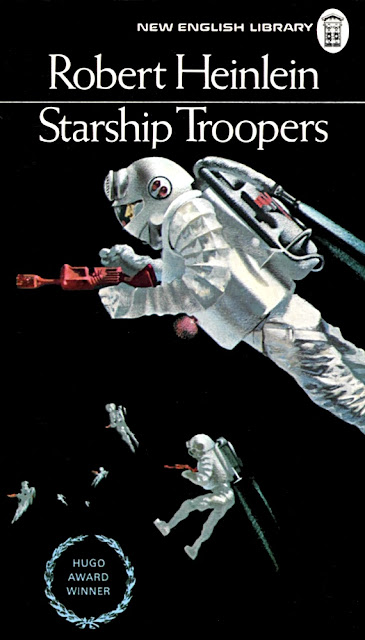 The movie version (still frame below) was released in 1997, but the mobile suit was ignored (sigh) as a plot feature. Instead, Earthmen were depicted fighting alien bugs with equipment little more advanced than soldiers used in World War II, and tactics that were even worse. Still, the movie and assorted sequels have proved successful. 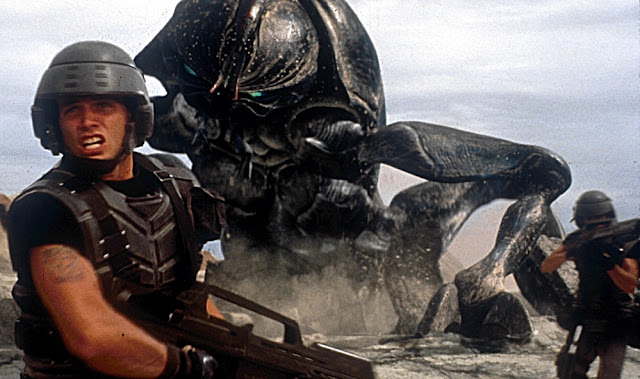 Click here to visit the well-known Hobby Link Japan, which is handling these items. They should be available April 2017.