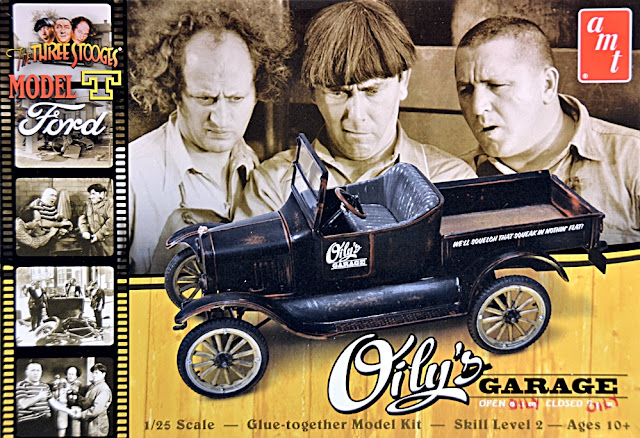 THIS IS THE THIRD AMT Three Stooges car kit, but it’s the first that really fits with the famed US vaudeville knockabout comedy act.


Mat Irvine: Any antics of The Three Stooges (Moe, Larry and for most of the time, Curly) that involved a vehicle meant that it was usually old, rusty, or falling apart. And this kit of a 1925 Ford Model T fits that pattern, far more so than the two existing AMT Stooges kits. They are featured in SMN here and here.

The 1925 Model T Ford was one of the original AMT company’s first forays into, first, the Trophy Series (cars that didn’t fit the ‘annual’ range) and, second, a double-kit where you could build not just one of several options for a single finished car, but two complete cars. 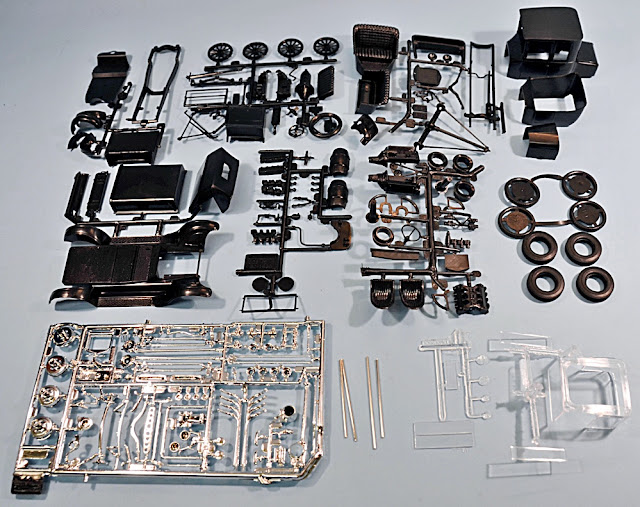 Not forgetting the sedan, which has a full-height body, often called a ‘doctor’s coupe.’ The general consensus on the tag is that doctors and Model T Fords were both reliable, and many doctors drove them. 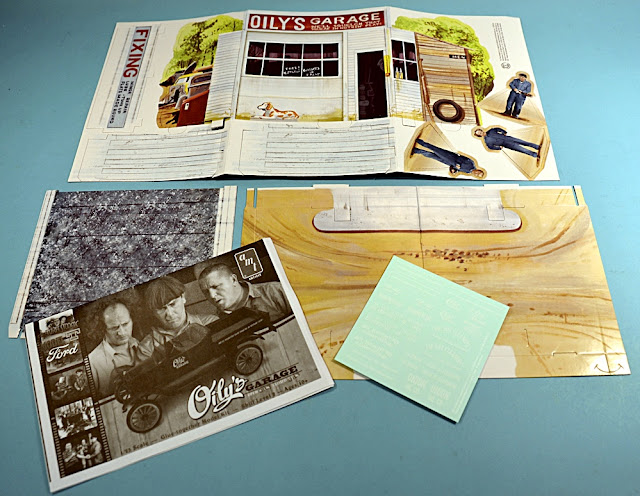 This particular bodywork has been missing from some of the many variations of this kit over the years, so it’s good to see it reinstated here. The original double kit has been issued in, probably, more than a dozen forms since it first came on the scene, though most issues do contain variations.

To build a stock version, all body styles use the same tiny four-cylinder engine, transverse spring axles, and running boards. Then you are free to add whichever bodywork you choose on top of this. 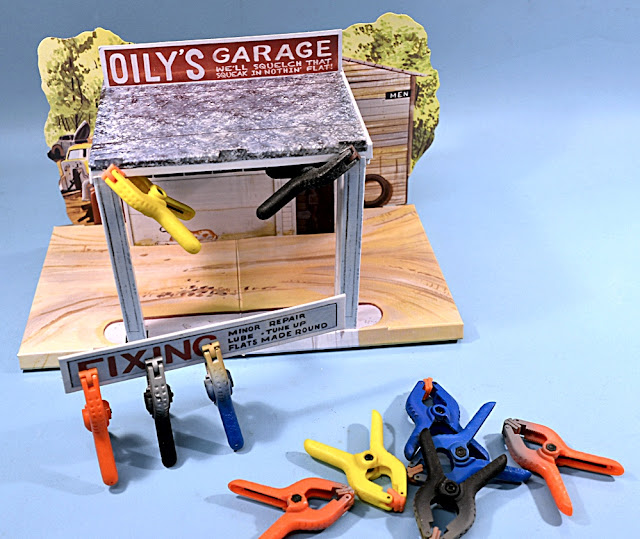 For the street rod, a separate chassis, running gear and V8 engine can be fitted with carbureters or a Latham supercharger. Magnesium-alloy wheels and tyres, then fit whichever bodywork you haven’t used on the stock version - any of the components will fit. One other change is that instead of the usual rear drag slicks, AMT supply standard modern radials. Unfortunately, the rear wheels have to be cut down to fit, so to avoid this I used drag slicks from an AMT tyre pack.

A useful upgrade in this kit are the tyres and wheels (below). The stock wheels, which were still made of wood in 1925, used to be moulded as a single wheel-with-tyre component. Now there are separate wheels and vinyl tyres. 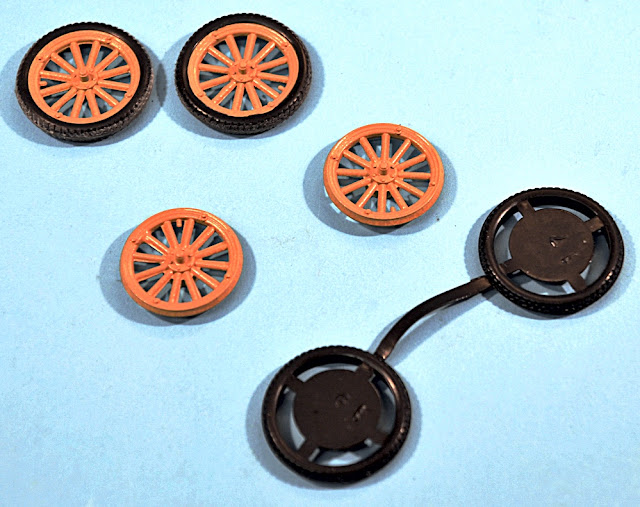 The kit is moulded in black plastic, so priming in matt black was fine for the stock Model T. In fact, these vehicles rarely stayed glossy, so matt black is probably OK. I painted the wood-look pickup bed first, then masked it off and added weathering and rust. 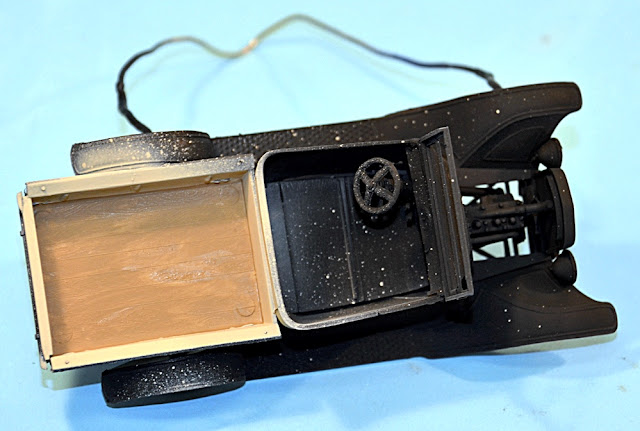 The kit's big bonus is a card diorama scene, and figures of the Stooges are included, though these are 2-D cut-outs, not sculpted plastic figures. The Oily’s garage part of the diorama originated with another AMT kit, a 1934 Ford pickup in Hillbilly Hauler guise. Here I must admit an involvement, as it was my idea to include it.

The card details have been changed somewhat, but the basics come from that kit, and if ever Round 2 want to produce an Oily’s Garage 2, the AMT 1934 Ford pickup could fulfil the task. I used clear adhesive when assembling the diorama parts (below). Small clamps held the parts while it set.

The completed 1925 Ford Model T pickup in the garage (below), together with figures of Moe, Larry and Curly. The car is shown here in pristine condition. Later, I applied mud and rust. 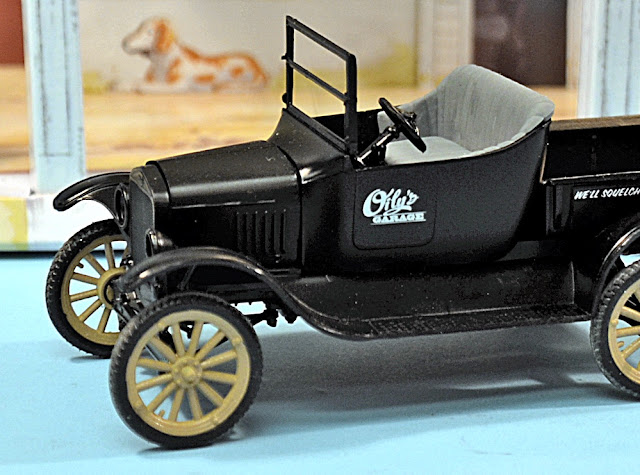 The garage needs assembling from the supplied card parts. Tabs hold the structure together, though gluing is always helpful. The original did have a gasoline pump included, which got missed out this time around, probably so the figures could be added. However, suitable early pumps are available from aftermarket suppliers, as are other items of old garage equipment.

The Model T in severely dirtied condition (below) parked in front of Oily's garage. 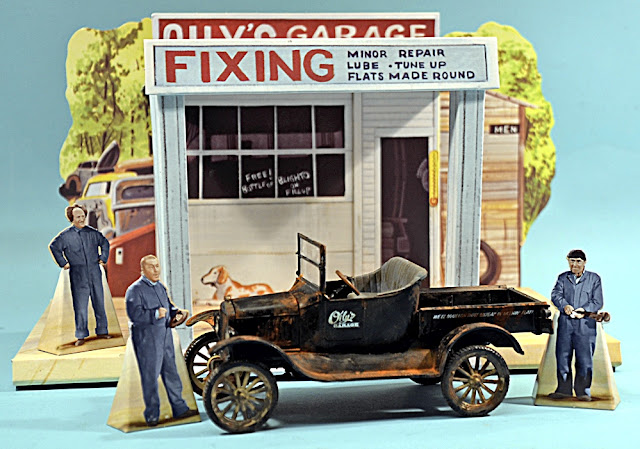 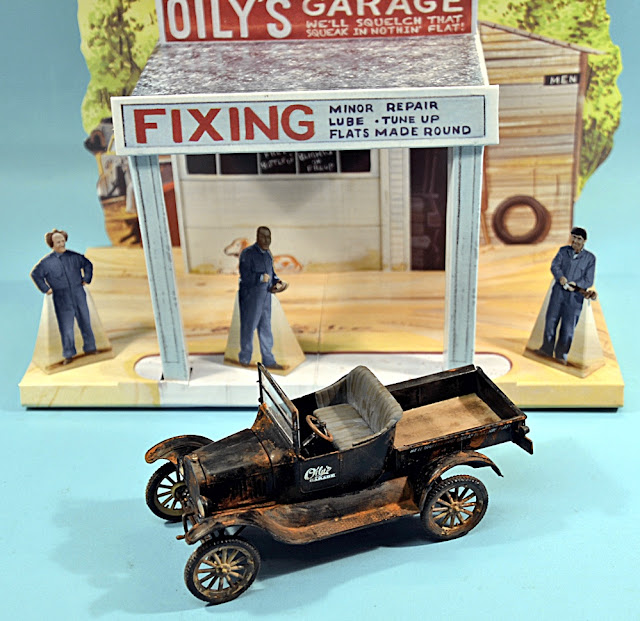 I painted the street rod (below) in red, contrary to Henry Ford’s all-black mantra. I primed it first in grey, then matt white, to provide a good base for the top coat, Testors metalflake red. The bodywork uses the doctor’s coupe, the engine is a Lincoln V8 with the Latham supercharger. The rear tyres are slicks from an AMT accessory pack. 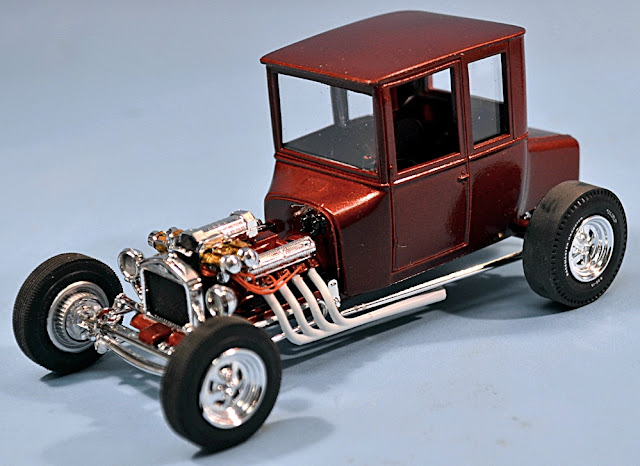 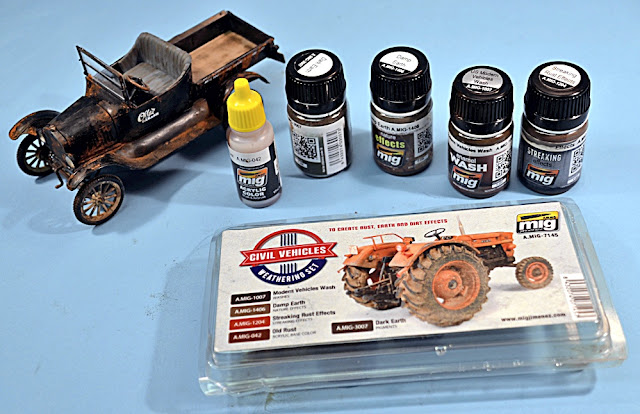 Summation
An interesting kit with not one, but two cars in the box, plus a card garage to build. Maybe at some point one of the aftermarket manufacturers will make 1:25 scale plastic figures of The Three Stooges.

Review kit supplied by Round 2 Models.