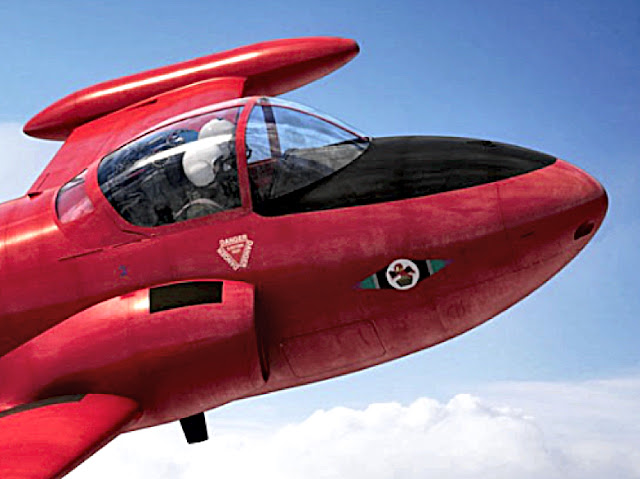 THIS IS A NEAT VARIATION ON THE existing Jet Provost T3 kit from Airfix. The kit is boxed with four pots of paint, a brush, and a mini-tube of cement, all in the familiar Starter Set format.


SMN report: The two-seat Jet Provost was introduced in the late 1950s to become the basic jet trainer for the Royal Air Force. The Jet Provost was easy to fly, and an ideal aircraft for trainee pilots. Wingtip tanks were added to the T3 model, and these carried enough fuel to give the aircraft more than two hours flying time. 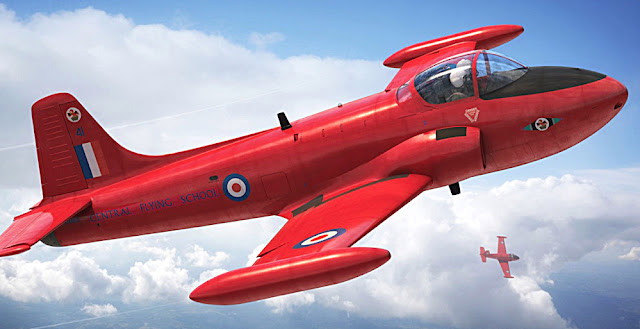 The T4 variant of this latest Airfix kit featured an engine upgrade, but was otherwise unchanged from the earlier T3. This Airfix starter set features a Jet Provost T4 of the Red Pelicans aerobatic team, which introduced the all-red colour scheme in 1965, the four-ship Red Pelicans team wowing the crowds at air displays until 1973.

The paint and marking four-view (below) provides adequate information for the finish. 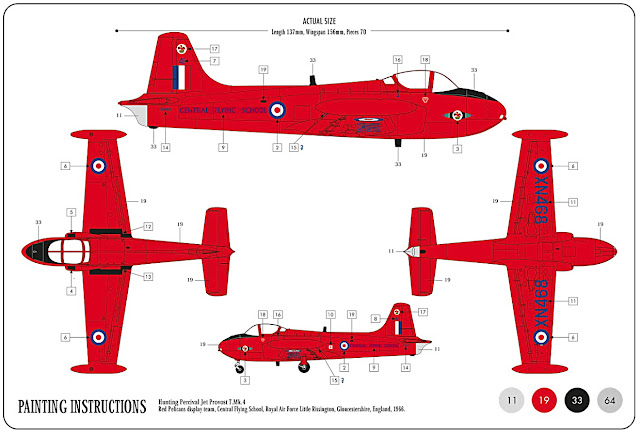 Jet Provost kits from Airfix (below) go back decades, all the way to the original polythene bag presentation. 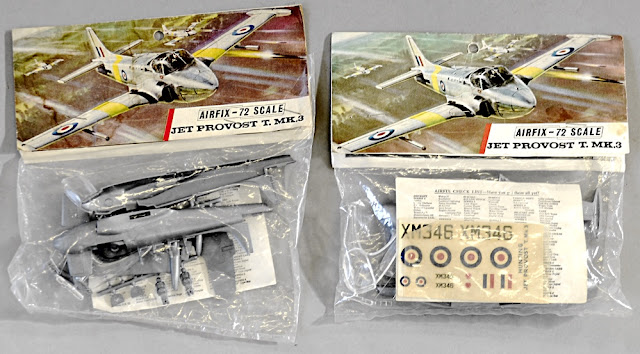 The T3 kit (below) was a massive improvement on earlier Airfix mouldings. It went on sale in 2016. 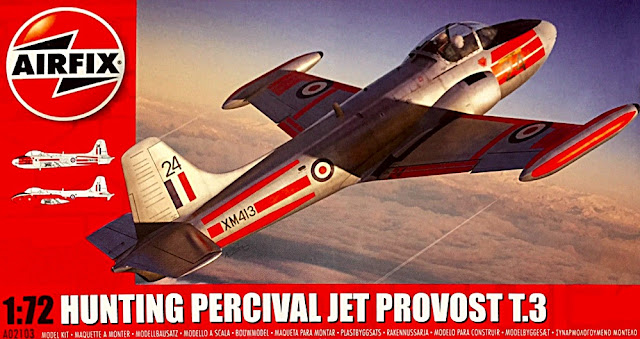 The pic (below) shows a nicely finished Jet Provost, shown courtesy Meindert de Vreeze, who has some very interesting pages on the aircraft. Click here for more information. 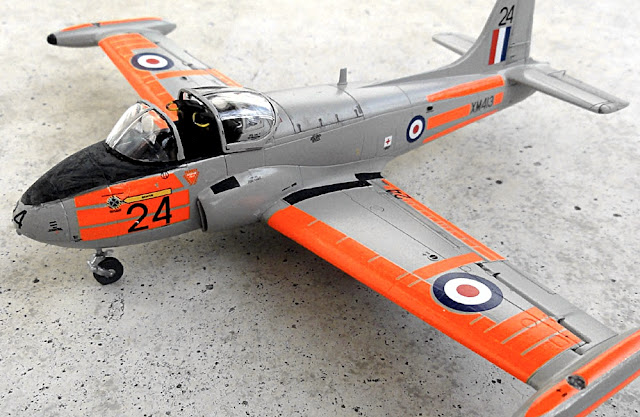